“I don’t think I could be a musician if I wasn’t willing to be vulnerable,” Kenzie Culver said earnestly. If there is any sentence to sum up Culver’s music and attitude towards life, that would be it. From the second she walked through the door of the tiny, bustling Starbucks we were meeting in to sit down and talk with us, you could feel overwhelmingly positive energy fill the room – the same energy you’ll see in every live performance and song ENZI releases. Her passion for life is undeniable and it’s something she doesn’t take for granted. 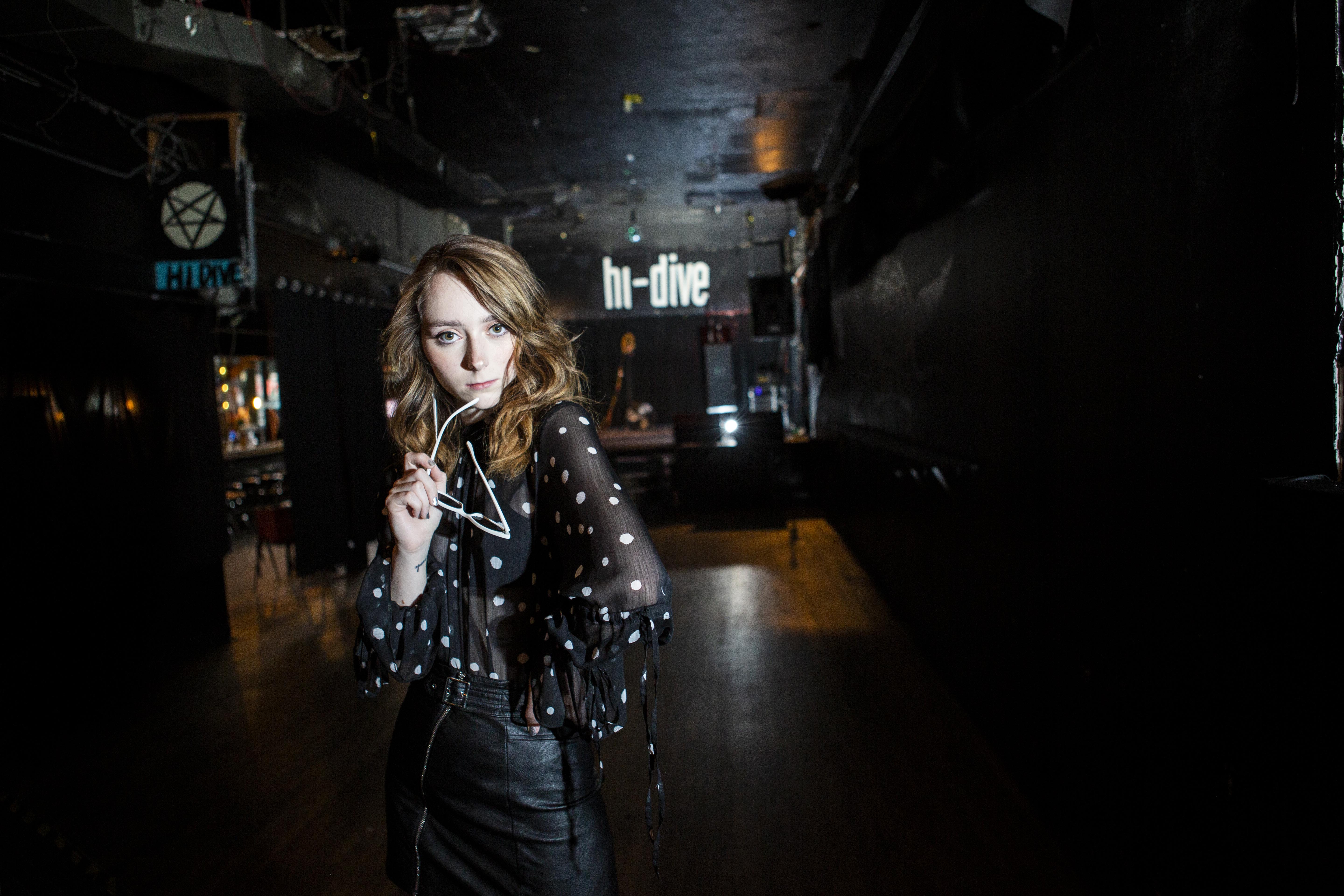 At age four, Culver was diagnosed with Chiari Malformation, a brain malformation where the cerebellum sits in the spinal column instead of inside the skull. As a result of this, she was also diagnosed with Syringomyelia disease which is caused when spinal fluid creates a cyst in the spinal cord, compressing nerve tissue around the area. The disease can be fatal if left untreated. “I am of a very lucky few that caught it in time,” Culver said. “But there are definitely kids that this affects them at a way earlier age, or even adults that this affects them and nobody really knows what’s happening until you get paralysis from the neck down because the cyst has ruptured the nerve.”

Culver underwent extensive brain surgery to save her life – a surgery that ended up lasting about eight hours due to some complications. She explained how one her doctors had created a shampoo that sterilized the scalp for surgery without having to shave her head. Culver explains, “He just knew what he was doing because he knows that when kids are hurt they they rely on appearances to feel like they’re okay.”

During her time in the hospital, Culver recalled one particular family friend who would bring his guitar along and play for her. “That, I think sparked like the feeling that I was okay. I was still in this place I didn’t know, I was still scared, but I was okay and the music was able to associate with being okay,” she said.

“No one was ignoring that I was in pain. I mean, God, I was a four-year-old on morphine. So nobody ignored that, but they all said, ‘It’s gonna be okay.’ So we danced to VeggieTales, the Care Bears theme song and I think Britney Spears somehow made it into the mix. And so we were all like playing music and like, I think that was like the most important part of my musical journey.” 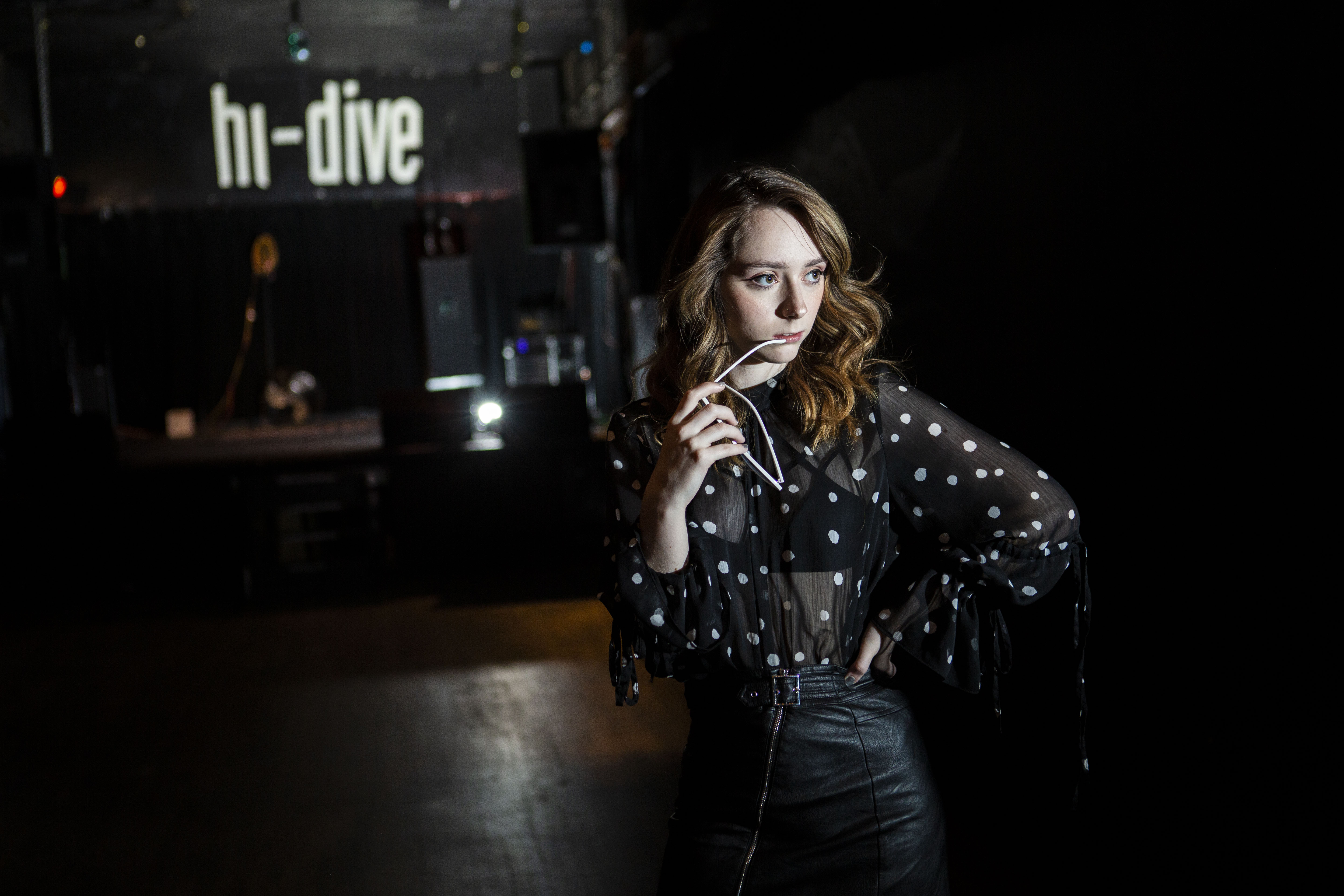 Now, at 19-years old, Culver is ENZI and despite the years between her life-changing diagnosis and today, she still remembers how music acted as a healing force for her. It’s what makes her philanthropy work with Blue Star Connection – providing musical instruments for kids receiving medical treatments – so meaningful to her. She knows first hand how medicine and science play undeniably vital roles in physical healing. “But I do believe that there is a spiritual aspect to music,” she said, “that when you feel music in your soul, there is a healing that goes on.”

More recently, Culver has been learning how to balance her blossoming solo music career with being a college student in Nashville. Her takeaway from her first year in college?

“If you really have a passion for it, there will be time to pursue it. Even if that’s like one o’clock in the morning and you accidentally woke your roommate up because you were singing into your voice memos. I’m really sorry to my freshman roommate, Carly, if you’re out there. The other thing is, it’s okay if there’s not time. If you go a whole week without writing new music, without writing even a line to a song, it’s okay. I’m kind of really over the narrative of ‘Work, work, work. Grind, grind, grind. Run yourself to the ground, and if you’re not doing that, you’re not doing it right.’ No, be healthy. Focus on your health, don’t forget to feed yourself. I think if you have that mindset about it, things kind of fall into place.”

In addition to balancing a music career with a college course load, Culver has also spent time adjusting to being a part of Nashville’s legendary music scene. “It’s invigorating, but it’s terrifying,” she said. “But everybody changes and change is good. And learning is good. The best thing I did for myself was put my pride aside and put myself into rooms with people that I knew were better than me and people that I knew were farther than me. Just people that I was inspired by.”

She sees herself re-entering Colorado’s music scene this summer as a more well-rounded musician and more willing to take risks. Culver started her music career performing as a part of the alternative scene and felt pressure to conform to the expectations that come along with being involved in alternative music. “A lot of people were like, ‘You have to be alternative. You can’t be a girly-girl and also do alternative music,'” she explained. However, she credits her time away from Colorado’s music scene with helping her grow and better accept herself as a musician. “I was able to go to Nashville and come back and go, ‘Screw that, I can be whatever I want.’ Not putting myself in a box, not putting others in a box, and not putting my music in a box has made my experience 10 times better.”

While she was in Nashville, Culver wrote her singles, “Don’t Fall Out” and “I’m Sorry That I,” the latter of which earned her a spot at “93.3’s Hometown for the Holidays” and then the opening slot for “93.3’s Not So Silent Night.” These songs are perfect examples of the vulnerability Culver embodies in her music and that willingness to share is what makes her music so relatable for her fans.

Culver has no reservations when opening up about the abusive relationship that inspired her two recent singles, and the healing that she’s experienced since in her current relationship. Talking about her most recent single – “Don’t Fall Out” – Culver gestured over to a table behind her where her boyfriend is sitting while she talks to us. “So the inspiration is sitting at that table over there, the tall drink of water in the floral shirt,” she laughed.

Talking about the upcoming “Not So Silent Night,” Culver is still trying to wrap her mind around how she’ll be up on the 1stBank Center stage later this year. “I could cry thinking about it,” she said. “My band – they play with me for all my Colorado shows – we were sitting in rehearsal the other day and I said something about “Not So Silent Night” and the room just gets silent and we all were like, ‘Oh, we’re playing that, oh my god.’” 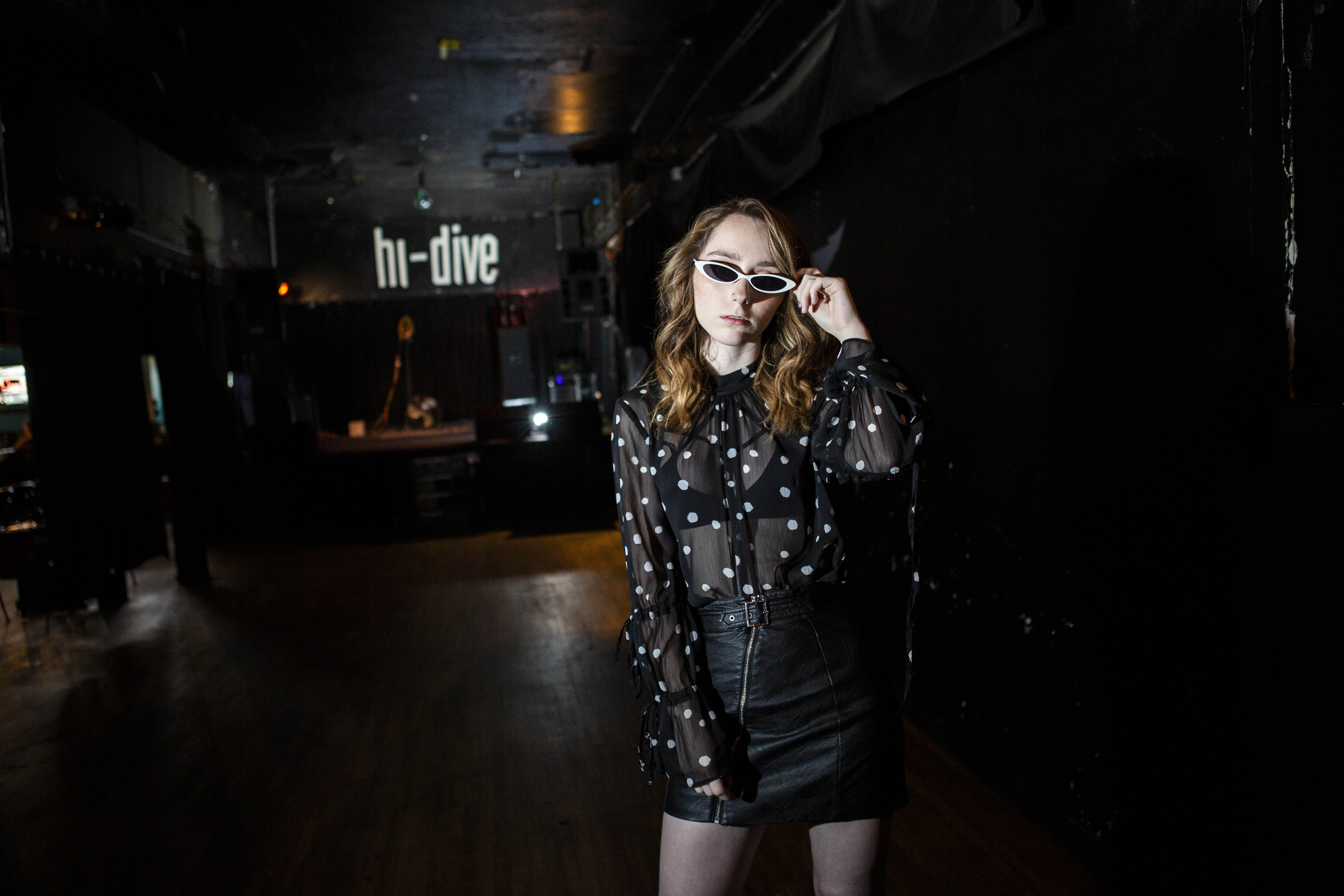 However, her gratitude for the opportunity is palpable when she talks about it. When asked what she’s most excited about, she explains, “I think it comes at a perfect time. I’m finally coming into my own as an artist, my own as a person.” And despite the success she’s had, this new platform, like most aspects of her life, is something she doesn’t take for granted.

“I’ve never played for 7,000 people. It’s a huge deal. I don’t look at that as just a number. I look at that as, there are 14,000 eyes in this room – unless you are missing an eye, then there’s less than that. But at the most, there are 14,000 eyes in this room, which means there are 7,000 hearts, which means there are 70,000 fingers. I look at them as real people and I’m like, ‘I get to connect with you, individually.’ I will – if it kills me – talk to every single person in that venue, like, if they want to talk to me also. But I will do it because I just love people and I love music and I love people that love music. So, that’s the most exciting part is me being able to be real with all those people and in turn, they will be real back to me too because I’ve opened up and invited them in. They can come in and we can all hang out together.”

You can hang out with ENZI on Spotify and Apple Music.