Photo of Autonomix by Brandon Johnson

Autonomix Talks Momentum and How to Value Yourself as a Musician

“This is probably the fifth band I’ve been in since I was 17. I’ve never been in one before where the amount of friction is almost not there. The freedom we have to try new things and go down new paths — everyone’s into it,” explains Zack Smith, guitarist for Autonomix. In the mere year and a half since the aptly self-described “dancetronica” band’s inception, Autonomix has already performed at noteworthy festivals like Sonic Bloom and the ARISE Music Festival as well as STS9’s Wave Spell Festival in California. They’ve also opened for major touring acts like Particle and jammed with local heavyweights like SunSquabi, and won ARISE’s Rock the Fest Contest last summer.

With the release of their debut LP — Counter-Balance — this past summer, new music in the works and a performance with Papadosio on the horizon, the future looks bright for Autonomix. 303 Magazine sat down with the jam band to find out their secrets to success and why up-and-coming artists should say no to certain gigs. 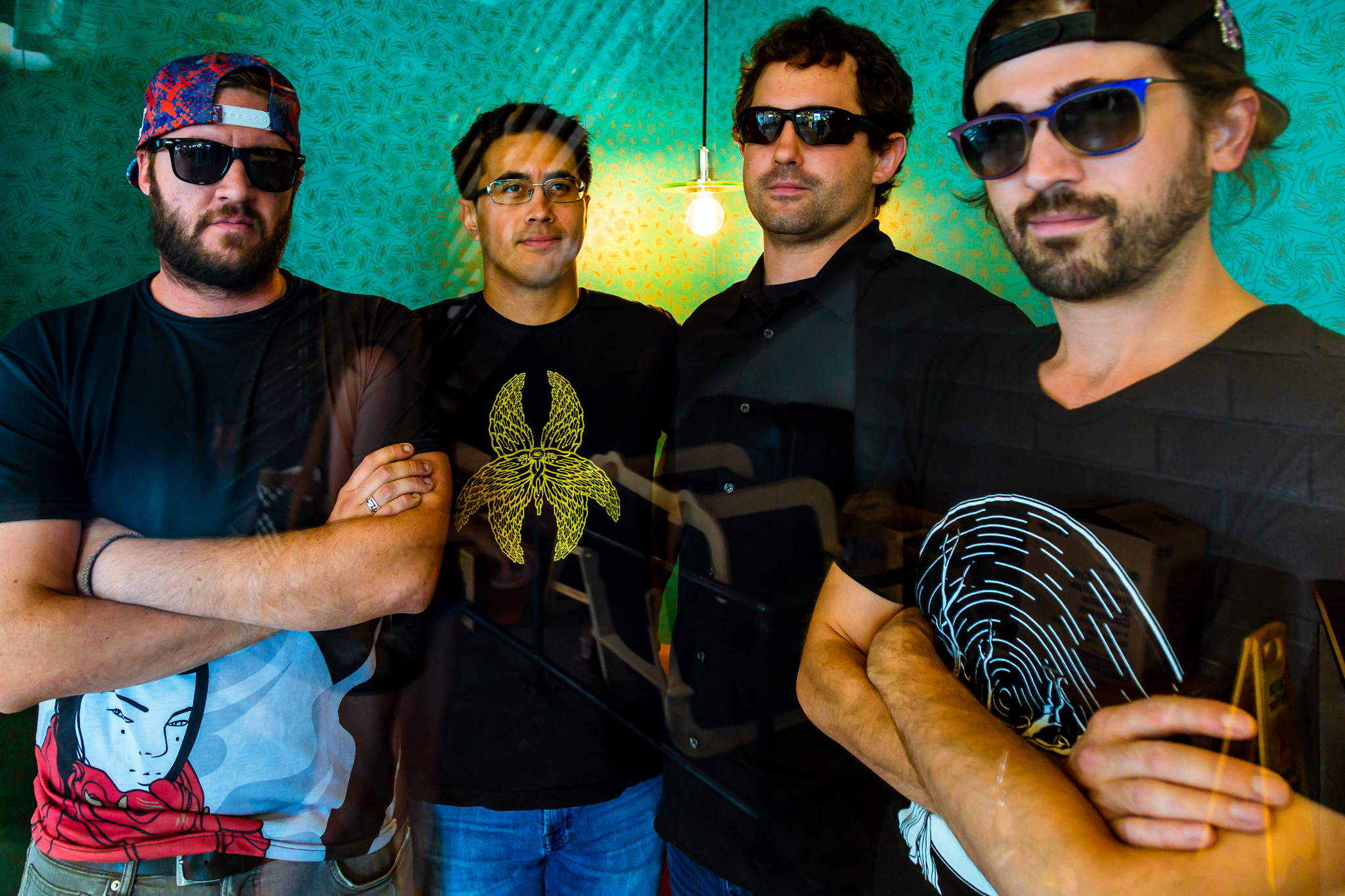 Anyone who has seen Autonomix perform has witnessed the sheer joy this band exudes. It’s infectious. Although their tracks are unmistakeably dance-y, there are no laptops involved in the making of this music — but that doesn’t make it any less fun to dance to. Following in the footsteps of jam band legends like STS9 and Lotus, Autonomix takes live instrumentation and improvisation to new heights, describing their music as “high energy psychedelic space-funk with tastes of drum ‘n’ bass and ethereal dancetronica.”

“People come to our shows because they know we’re having fun and they connect with that and in turn they’re having fun.” – Josh Nermon

Hailing from differing musical backgrounds — Nermon has roots in electronic music production and Smith originally began playing music in metal bands — allows each member to bring a unique set of skills into the mix. Bassist, Danny Littler, previously performed with Greener Grounds and Telemetry while drummer, Jeff Pfannenstiel, used to perform with Green Hit. Of all the projects they’ve been involved with, keyboardist Josh Nermon insists that “it’s never been this much fun, especially musically.” 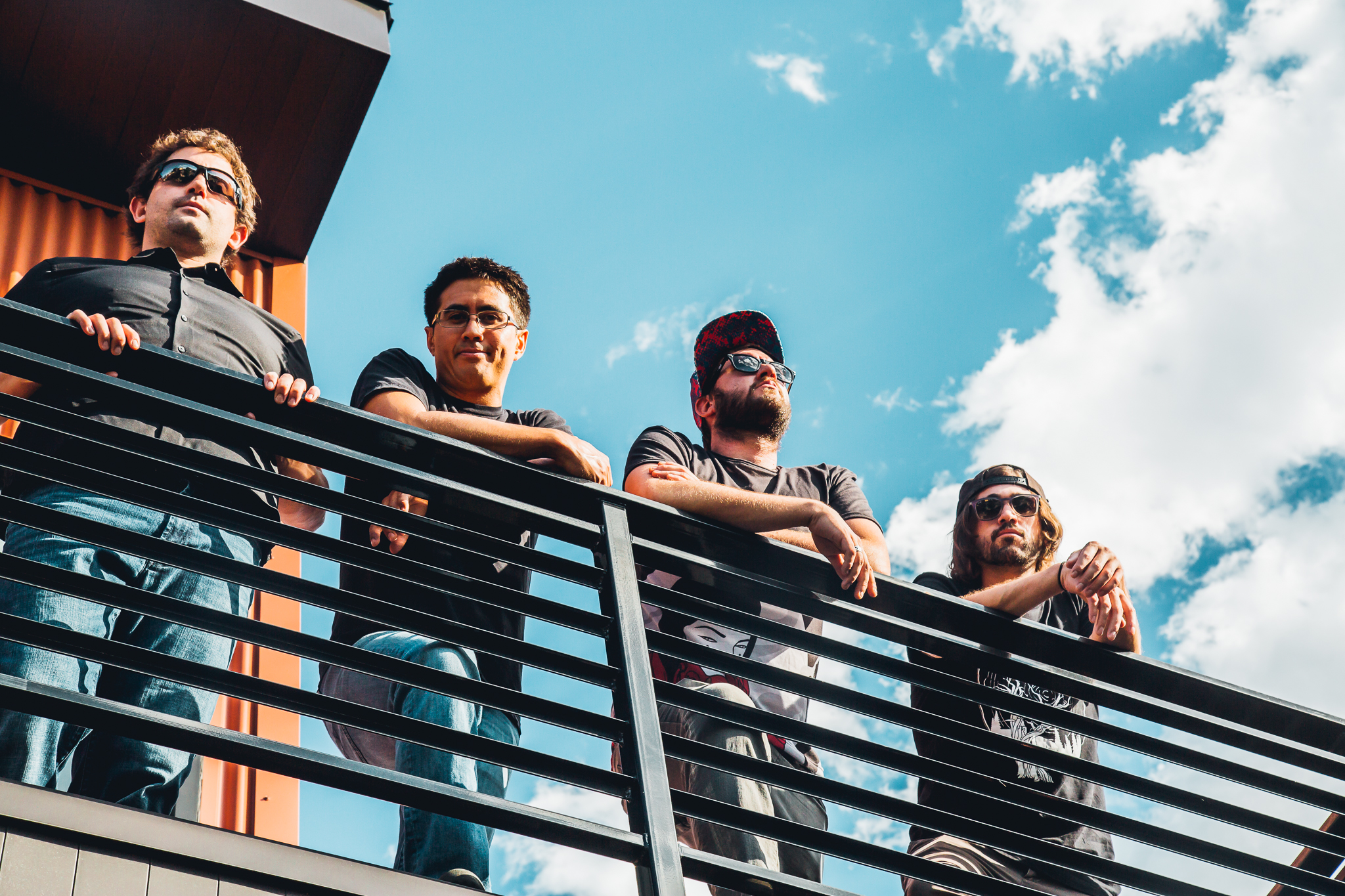 “We’re music fans first and musicians second,” explains Nermon, “we’ve all followed around our favorite bands for years.” Nermon played in a jam session with Smith, Littler and Pfannenstiel in March of 2018 following the departure of the pre-Autonomix group’s keyboardist. After about 15 minutes of playing, the group knew they had struck gold with their current lineup. With an ear for improvisational music, the members of Autonomix are intimately attuned to each other. “In this band, every one of us brings something to the table and we trust each other’s opinions about it,” says Smith. When it comes to bands that rely heavily on improvisation, trust and positive personal relationship are the cornerstones of a successful group.

Even their name seems to be fitting with the vibe they’re trying to create. Autonomic processes are subconscious bodily functions that happen below the surface. Much like the subconscious processes of a heartbeat, Autonomix’s sound feeds into a “subconscious feedback loop to the vibe we are giving out and getting back from the crowd,” says Pfannenstiel.

“When you see a band’s jamming become stale and looks like it’s not working, a lot of that is probably [due to] personal relationships…I can almost guarantee a lot of that is figuring out how to be friends and even remembering that you’re supposed to [be friends] before you’re bandmates.” – Zack Smith 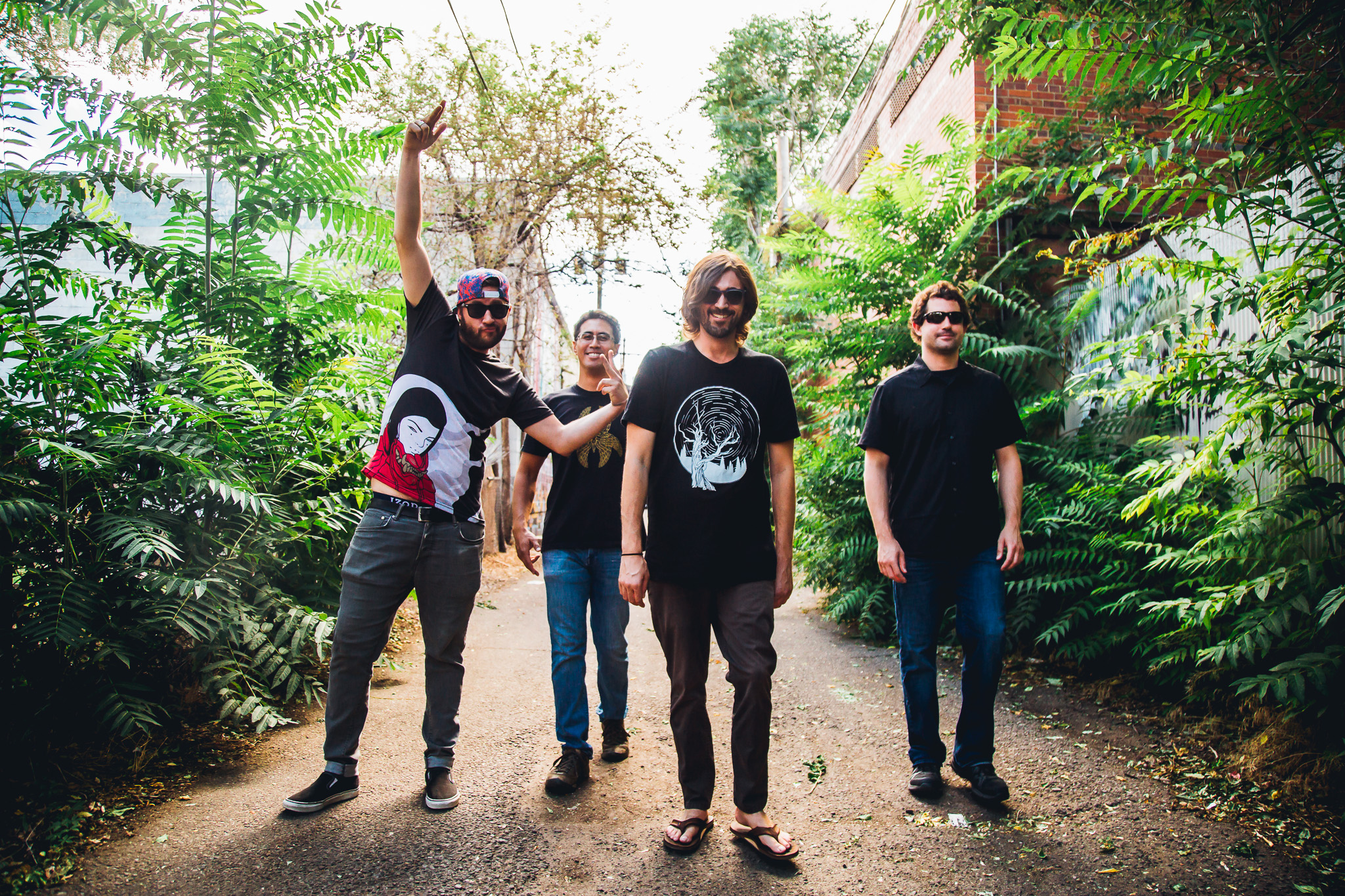 In addition to liking your bandmates, what are their secrets to success, you ask? Nermon tell us that “a huge part of it [is that] we’re always conscious of momentum. If you aren’t taking those steps up, someone else is going to take your place. This momentum — it’s not really an accident. It’s the result of a lot of years of hard work from all of us.” Nermon also urges the importance of supporting other artists in the music scene, “if you are only doing things for your own benefit, people see through that.”

Having a unified vision and open communication for the future direction of the project has been another factor contributing to Autonomix’s success. “This is the first band that any of us have been in where we’re all on the same page in terms of [how] we all want to see this work — we’re all in this for the long run,” says Nermon.

Despite the idea that emerging artists need to accept every show that comes their way, Smith explains that they are thoughtful about the shows they play. “If we think a show isn’t going to fit our vibe then we’re not going to take it — we’re going to do the shows that create the environment that we’re trying to make and that [are] going to be helpful.” 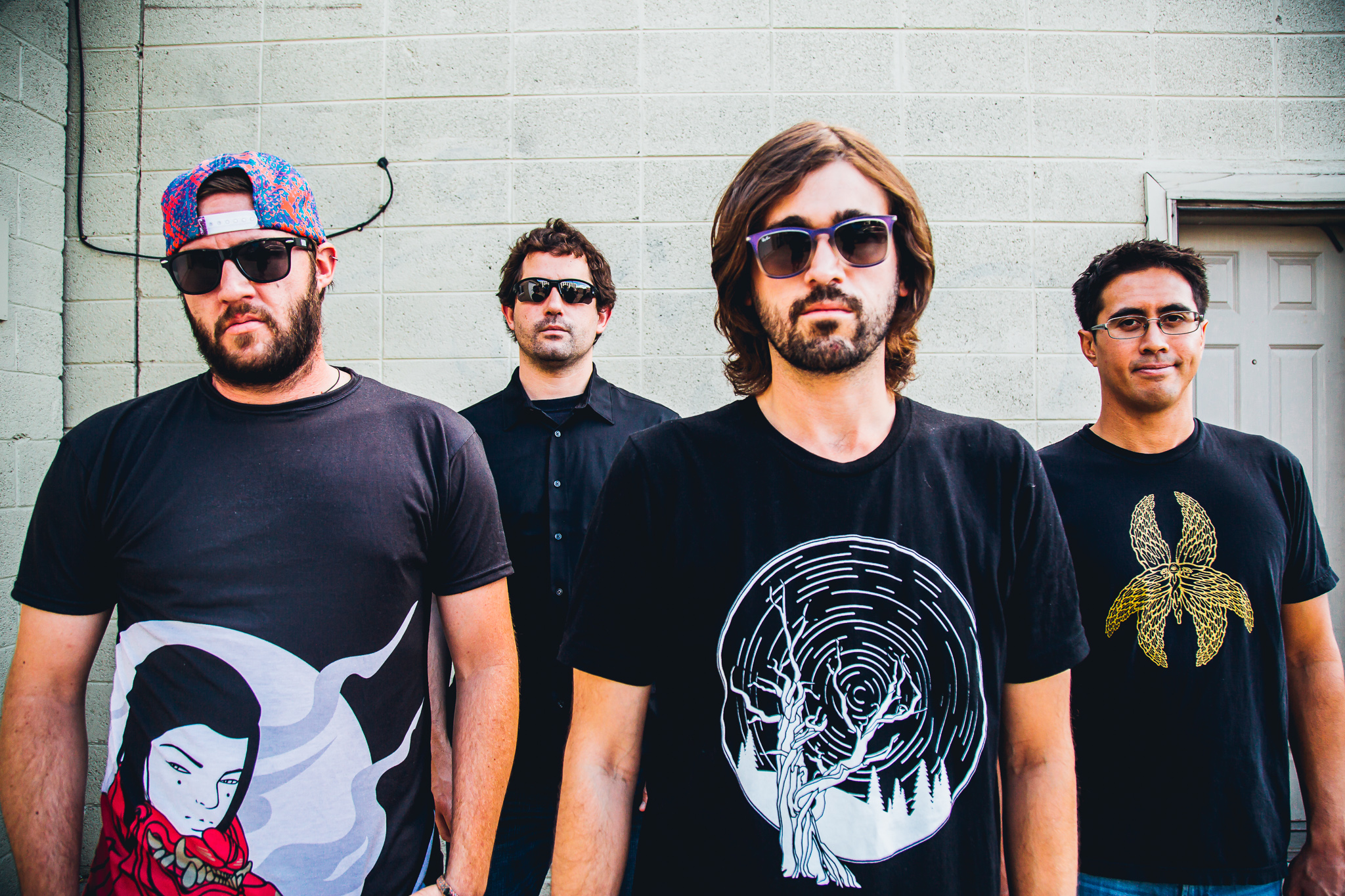 Autonomix recognizes that there are advantages as well as downsides to our local music scene. Pfannenstiel praises the Denver scene for its uniqueness, telling us that “you can take any day of the week for the most part and there’s something that you really wouldn’t see anywhere else in the country. There’s just so many amazing venues, so many amazing bands. Any Tuesday, Wednesday, Thursday — there’s something amazing going on somewhere and that’s without exception.”

Nermon calls for more collaboration as a way to enhance the local industry. “The more that we can collaborate between production companies, promotion companies and bands and not compete with one another, the more sustainable everything’s going to be in the long run,” Nermon explains.

But there is one glaring issue that the band agrees is detrimental to the viability of our music scene. Smith tell us that “one problem in Denver’s scene is not so much the promoters as individual musicians devaluing themselves and being willing to [play shows for] below what they should be making for what they’re putting out there. When bands of your caliber are willing to do what you do for half the price, it starts to devalue what all of us are doing and that creates more competition.” 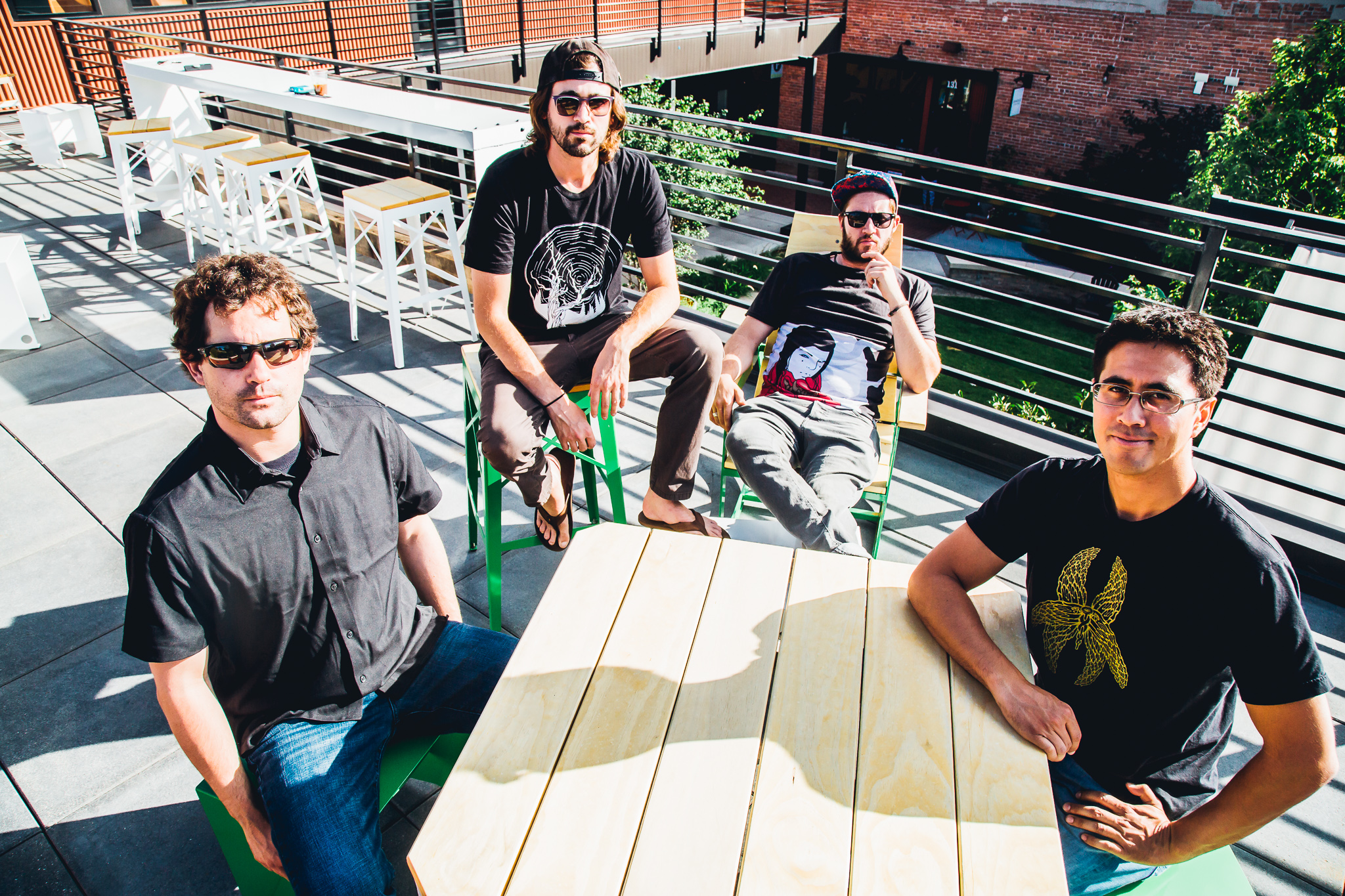 While it’s common practice to play as many shows as possible for little to no pay with the goal of gaining exposure, often referred to as playing for consignment, Smith stresses that this is actually devaluing what musicians do. “If bands and promoters and venue owners would all put real value on what [we’re] putting out there, everyone could make it a lot further and actually have more time on their hands to create more music.”

Many promoters expect artists to play for free. Smith tells us they turn down those gigs but there are always artists who will fill those slots thinking that if they play enough of them, they will eventually make it. While Autonomix isn’t necessarily focused on monetary gain, it’s the principle that keeps them from playing for free. “The sad thing is we put so much time and energy and our personal money into our equipment and it just devalues that. We don’t play [solely] for money but we still won’t play for free,” says Smith. Nermon adds, “one of the reasons we’ve been successful is because we’ve played less shows rather than more, you have to build up demand as an artist, whether it’s having an art gallery showing or planning a concert.”

“I wish more people would take that stance and [not] take that free gig — wait for the next one where someone is going to value what you’re doing.” – Zack Smith 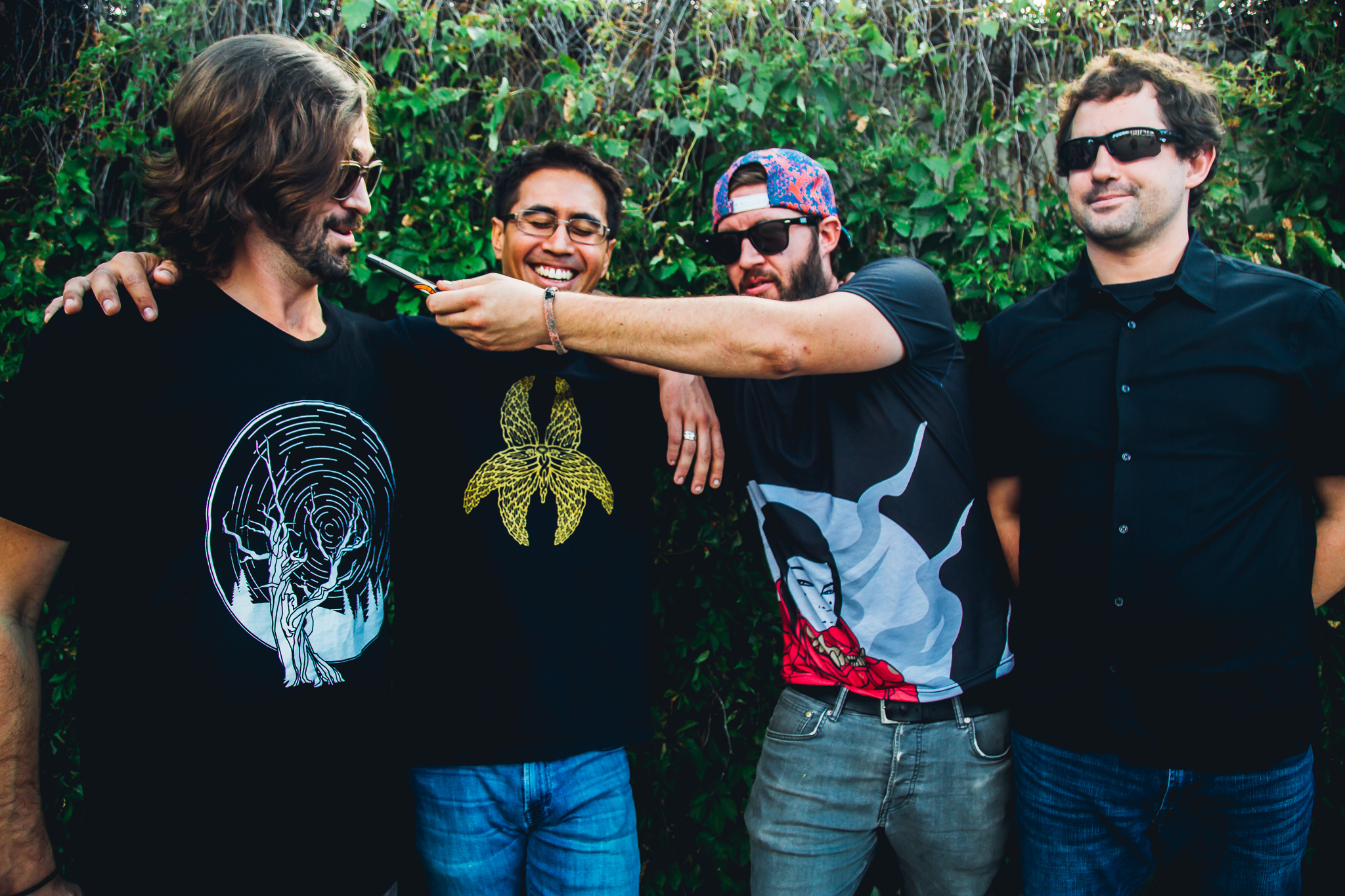 As for the future of the band, Autonomix has a busy fall ahead of them. “We’re going to write a lot of new music in the next month leading up to our show with Papadosio. We’ve been so focused on killing these festivals and making it the best performance possible and nailing down our songs and tightening up. But now there’s all this built up inspiration that we all just can’t wait to get out,” Nermon tells 303.

Autonomix has their biggest show to date on October 18 at the Summit Music Hall where they’ll be providing direct support for Papadosio. Don’t miss it as it’s sure to be a night to remember. “That show’s going to be very different from anything we’ve ever done — it’s going to be something,” says Nermon. 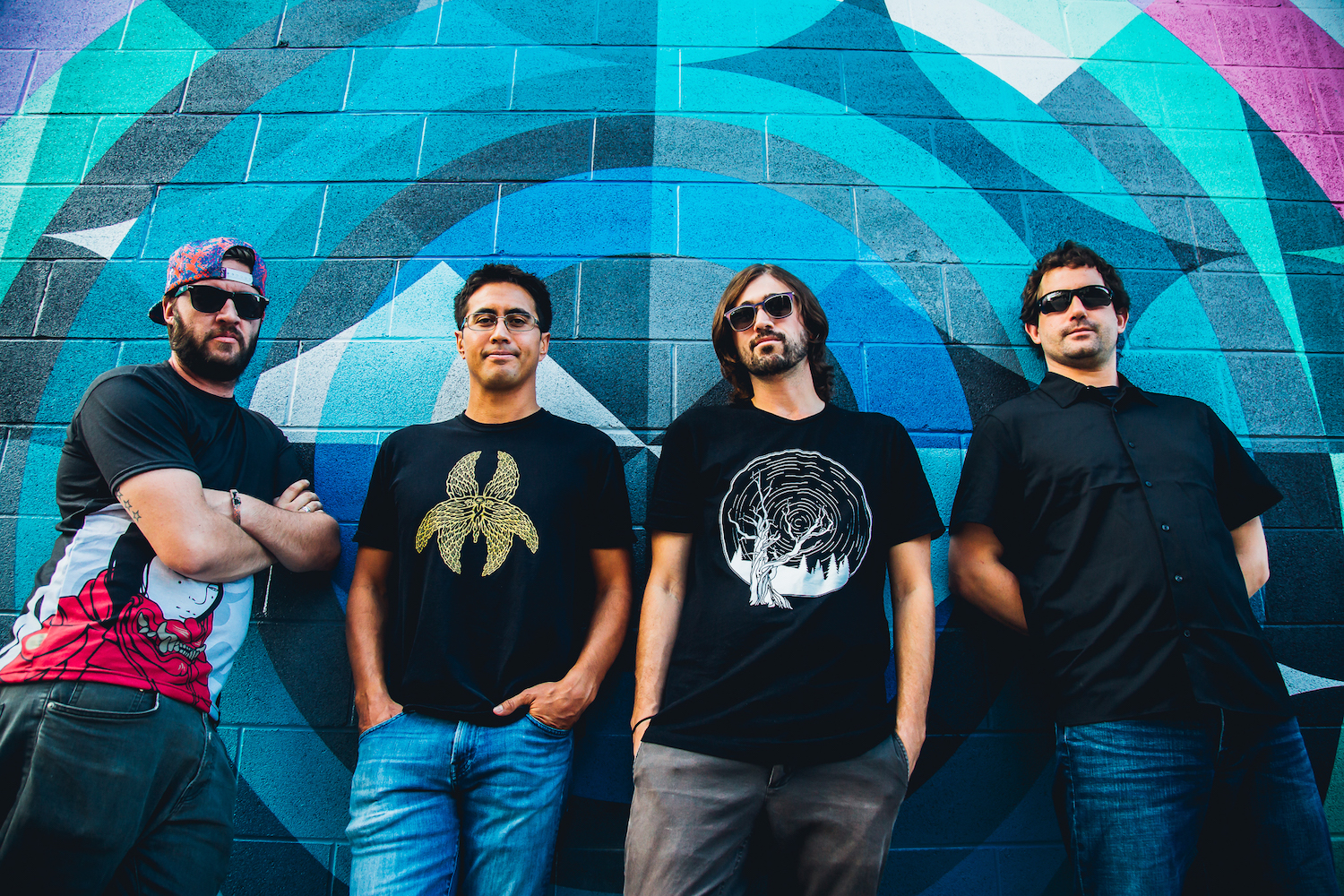