The Growlers are as unique a band as they come. With a sound simply described as “beach goth,” a hodgepodge of surf rock, psychedelia and a sprinkling of pop, the four-piece band has wrangled a cult following who worship the band’s every move — and such was the case at the Ogden Theatre on Saturday night.  To an outsider looking in, The Growlers are a band sustained by those who’ve grown along with their seven albums, with fans descending into a mild hysteria during the throwback grooves — newcomers be damned. It was the kind of performance that moved at its own pace, digging deep into the band’s pocket and pulling out wad after wad of fan favorites. 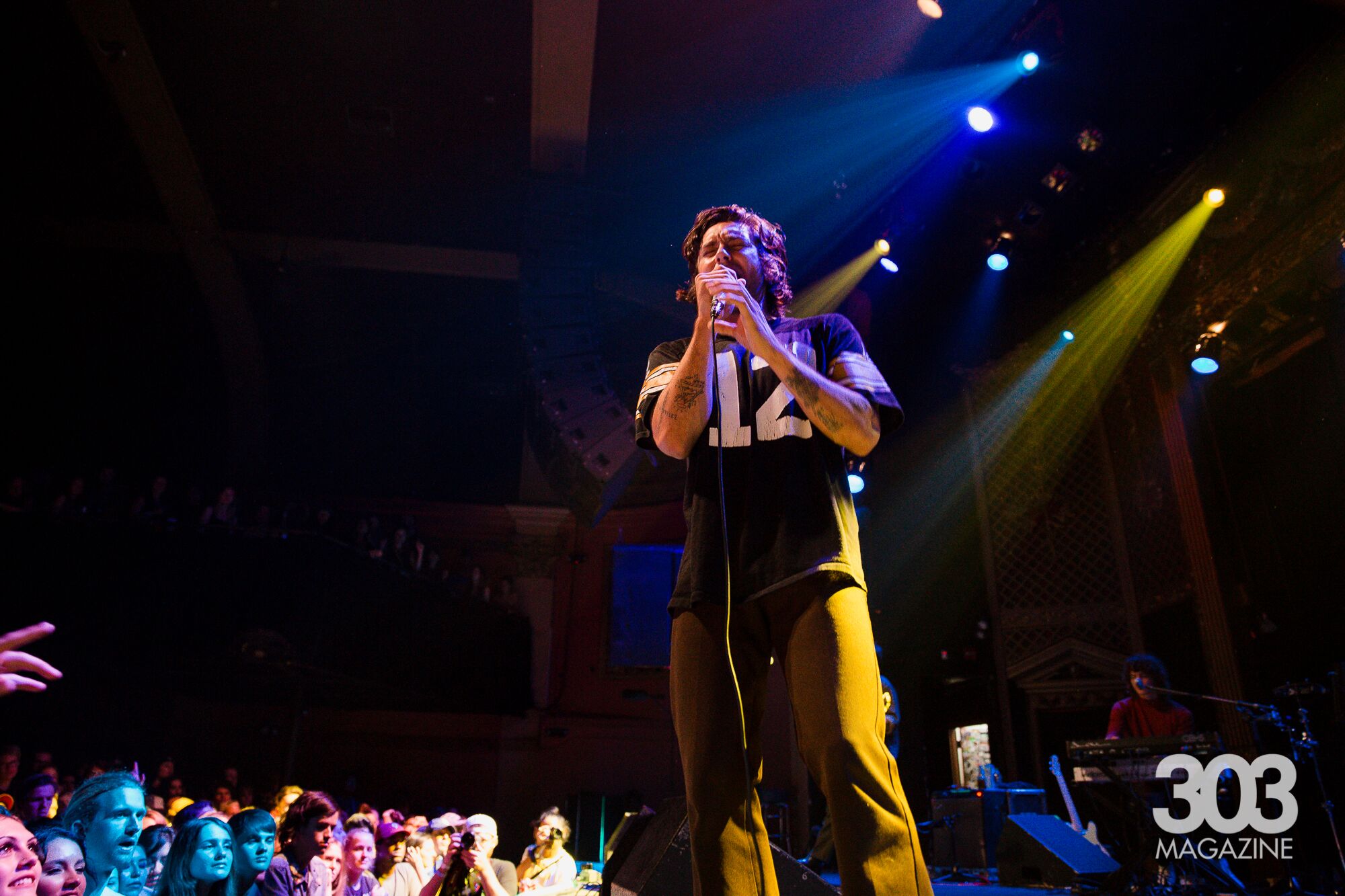 Arriving at the nearly sold-out theater, there was no shortage of anecdotes and adoration speaking to the previous times The Growler’s and their many fans had last crossed paths. Fans quite literally embodying the “beach goth” aesthetic stood beside the Colorado average Joes in an assortment of odd couples, all rowdier than the next, yipping and hollering in anticipation of The Growlers taking the stage. A girl looking down into the restless pit of people said she’d almost died in a mosh pit, at which point all bets were off, and any preconceived notions went out the window. However, whatever she thought was going to happen thankfully did not, and to the best of my knowledge she is alive and well, as The Growlers arrived at the stage atop the brooding waves of “Big Toe.” Sweeping the audience off their feet to the tune of the morose surf-rock tune, The Growlers didn’t waste time before laying their trademark sound on thick. 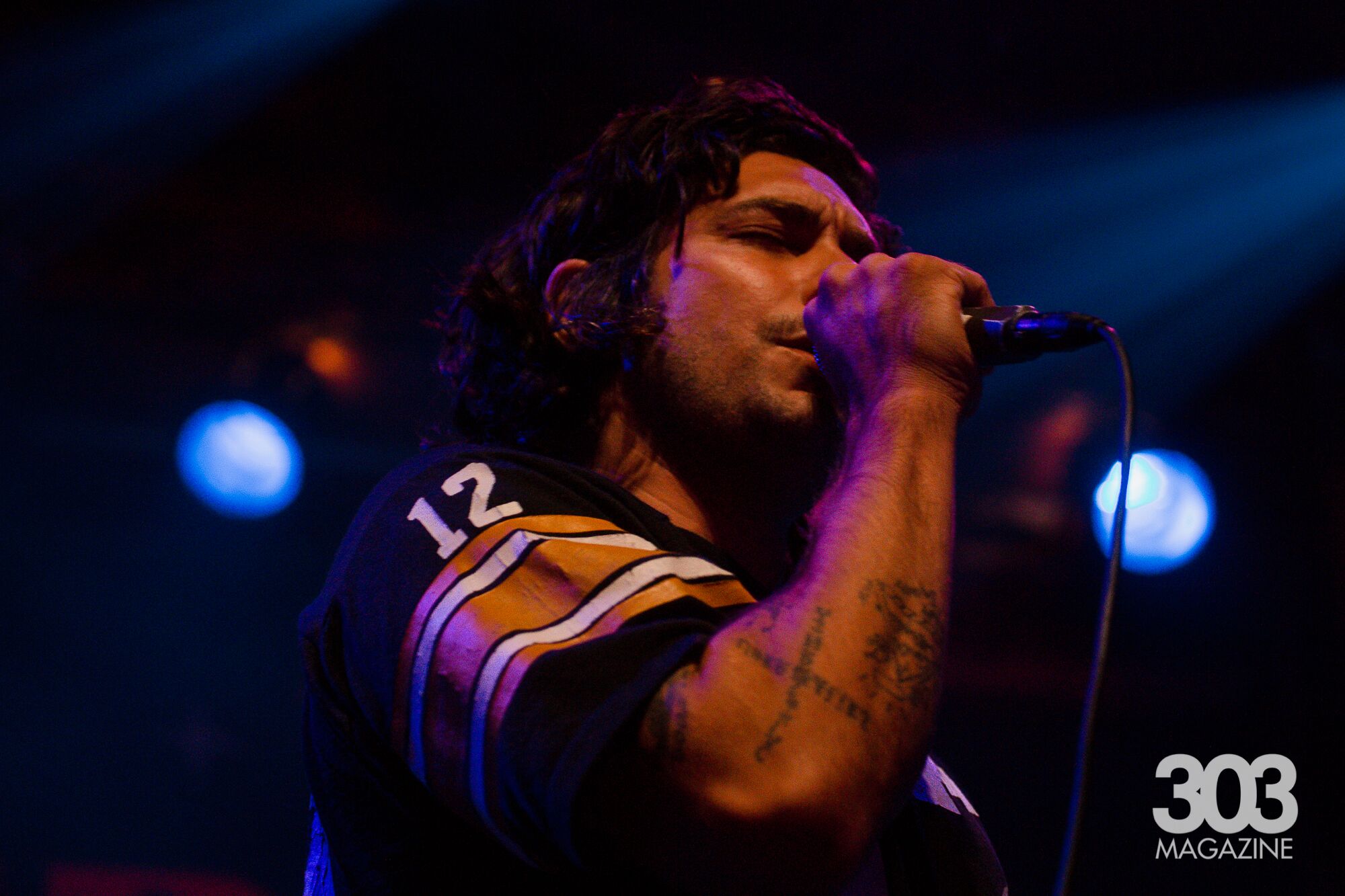 Emerging from behind the walls of cheers that greeted them, The Growlers sauntered across the stage drawing out songs like a drag from a cigarette. Brooks Nielsen, the lead singer of the outfit, donned a black football jersey and lackadaisically approached each song as if he were pulling names from a hat. The rather breezy songs caused the audience to sway and rustle around in place steady to the band’s seemingly endless cool demeanor. For some in the audience, the desire for a more volatile performance clouded their expectations while others caught up in the sand storm scintillation of the band’s rather steady showing, found The Growlers hitting all the right spots. Whatever the personal outcome, The Growlers were intent on making it last, as they skated through a more than 20-song, career-spanning set.

For the die-hards, The Growlers put on a performance to die for, tossing in songs like “Acid Rain” and Going Gets Tough,” and for the most casual of listeners, the outfit provided a drift to catch and a vibe to share. Unexpected in many ways, The Growlers let their music speak for them, honing in on their cult popularity to deliver a performance that ran the gamut of their rabid fandom. The Growlers must have brought the sand to the beach because whatever was in the air, it took the theater by storm.