Review – Khalid Showed Love To Fans At The Pepsi Center

Modern times call for modern lyrics. In today’s world, that requires artists to write lyrics about things that matter to today’s youth – things like Twitter and Snapchat. However, while social media has taken over the lives of today’s youth there are some things that never change, like feeling misunderstood by your parents. The beauty of good music, no matter how old you are, is that the lyrics discuss things in your life that matter to you and allow you to connect to something bigger than yourself. That kind of lyricism is precisely the thing that has helped launch Texas-based R&B artist Khalid into the forefront of pop music.

Khalid started gaining attention in 2016 with the release of his song “Location,” which made its commercial debut while the young R&B artist was still finishing out high school. However, it wasn’t until the day of his high school graduation in 2017 when his debut album was released that he truly took over the spotlight in mainstream music. Since then he’s toured extensively and dominated the pop charts, with a third of his songs holding a spot in the top 10. He released his sophomore album Free Spirit earlier this year, followed by a national tour in support of that album. Khalid brought that tour to Denver on Friday night, encouraging fans at the Pepsi Center to live life as a free spirit – even if it was only for one night. 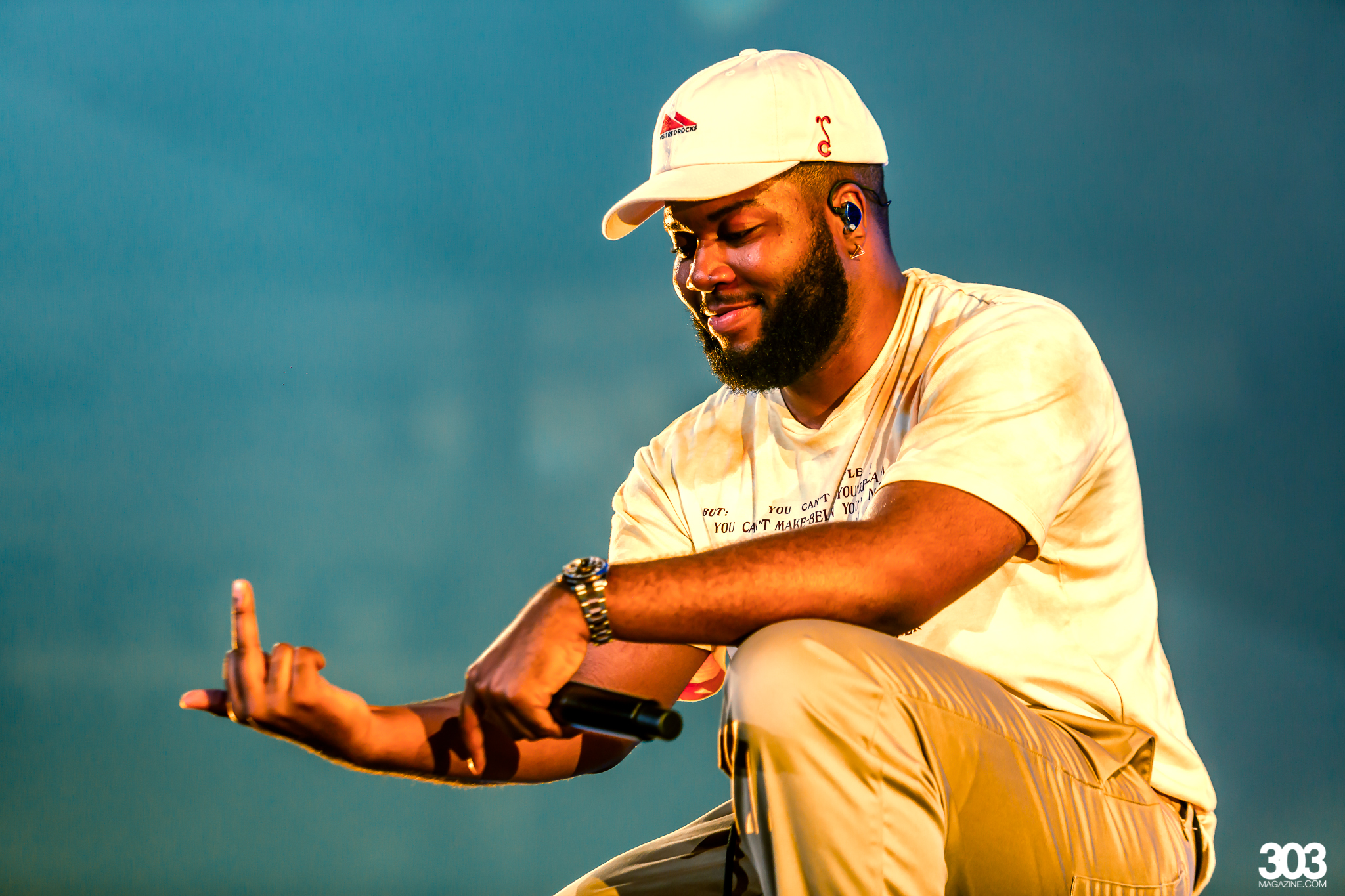 When Khalid took the stage just after 8:30 p.m., the roar of the crowd was deafening. In fact, it was so loud that it nearly drowned out Khalid’s voice when he began singing. He kicked off the evening with a verse from the title track of his recent album before immediately rolling into “8TEEN,” a track from his debut album. From the moment Khalid took his position center stage, it was clear that fans were going to make the most of the evening. The voices of the audience could be heard clearly throughout the evening, singing every word of every song – and Khalid serenaded the Pepsi Center back, with an enormous smile across his face the entire evening.

After performing a few songs, Khalid took a moment to talk to fans about his rise to the top. During this lull in the show, one fan took the opportunity to throw a small stuffed lion on stage, which Khalid picked up and held onto throughout his time talking to the audience. He reminisced the early days of writing lyrics while in his high school classes and how excited he was to see so many fans connect to his lyrics. He continued, telling fans about last year’s performance at Red Rocks – taking time to show off his hat from the iconic venue. 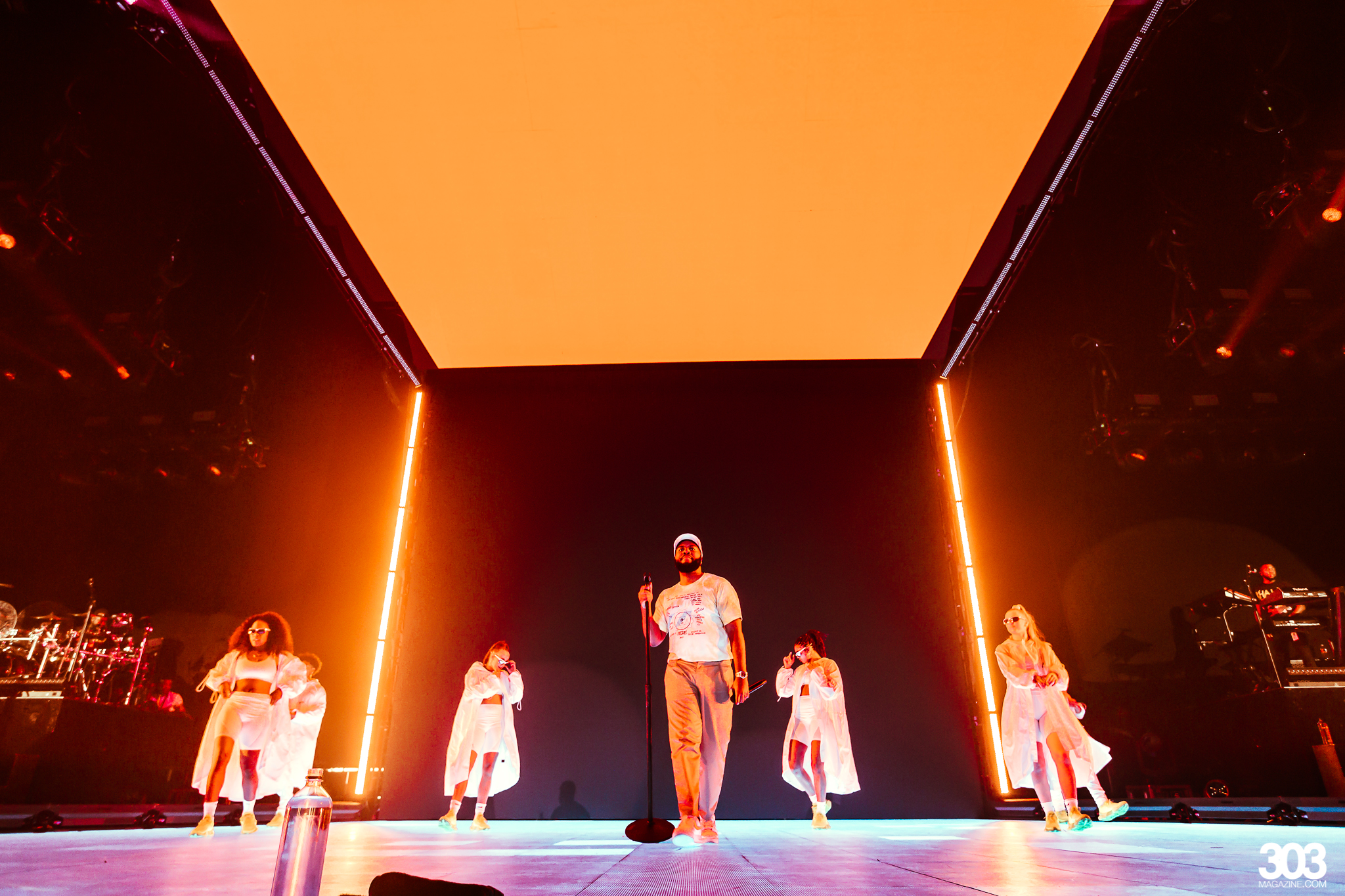 Throughout the evening, Khalid found plenty of other opportunities to really connect with his fans. He told fans about a meet and greet he held earlier in the day and discussed how powerful it was to hear that his music connected with people. He spoke specifically of one fan he met, taking time to dedicate a song from his debut album to them. As the night wore one, he continued to smile at the crowd dancing throughout the venue, thanking everyone for coming out to spend the evening with him. He even leaned down off the stage to hug one of the members of the crowd near the stage. A few lucky attendees were even pulled out of the crowd to join Khalid on stage for one of the final songs of the evening.

After a night of connecting with the audience and nearly two full hours of performing, the performance finally came to a close. Khalid ended the evening with “Saturday Night,” the final track of his most recent album. When it was all over, he and his crew of dancers took their place center stage, embracing each other as they took their final bow before energetically dancing their way off the stage, clearly as enthusiastic about the evening as the fans in attendance.