The Underground Music Showcase (UMS) is a beast of an undertaking. The festival, now in its 19th year, has changed from its modest days as a showcase at the Bluebird Theatre. Now, extending far down a stretch of South Broadway, the festival attracts hundreds upon hundreds of bands in a hodgepodge of venues. Last year, the festival was bought out and operated by Two Parts — the boutique experimental event and marketing agency — from The Denver Post Community Foundation, the previous owners. With the changing of hands, there were some big adjustments and growing pains, but ultimately, Two Parts made the long-running festival exciting again by breathing new life in the form of innovative ideas, fresh talent and no shortage of Denver creatives. Now on the second go-round of ownership, we sat down with the current directors of UMS, LuLu Clair and Tobias Krause, to talk about what they learned from their inaugural year, what to look forward to at this year’s festival and what UMS means for local and nowadays.

303 Magazine: What was your biggest takeaway from last year?

Tobias Krause: I think for me, we got started so late in the game last year because the sale didn’t go through until the end of January, and then we needed to think about what the hell we were going to do and we didn’t really want to rush in and we also didn’t want to just do a rinse and repeat kind of thing. So, for some reason, we decided to grow it by 300% with four outdoor stages and then it was like, “oh my God, how are we going to figure this out?” And somehow, we did figure it out, but that’s not to say that we didn’t learn a ton from what that was. I think we all just kinda came together as a team, especially Lulu and myself to put a bunch of processes in place of how this was going to unfold and how the festival was going to look this year. We had some wins and we had some losses, and we tried to put all that into a hat and really pick out the things that we wanted to focus on. That was a big piece for me was A: just having more time and B: having better planning and putting the right people in play and bringing on help here and there and just not rushing things, which is nice.

LuLu Clair: I echo that entirely. I was going to say that the preparation was a big thing. We had to race against the clock to get something done and to the level that we wanted it to be at, and I think we were able to do that, but now going into this year, we were able to bring in all the right players. It’s not like we were juggling a million positions, just ourselves, but we have all these crows around us, let’s get these people involved and focus on some of the cooler, smaller things that we want to do as well as the overall production and also learn from all the years that we’ve either been to the festival or been involved in the different ways that we’ve both been the past. It’s been really exciting this year, I feel like there’s been more time to kind of sit back and be excited through the process versus just figuring it out. 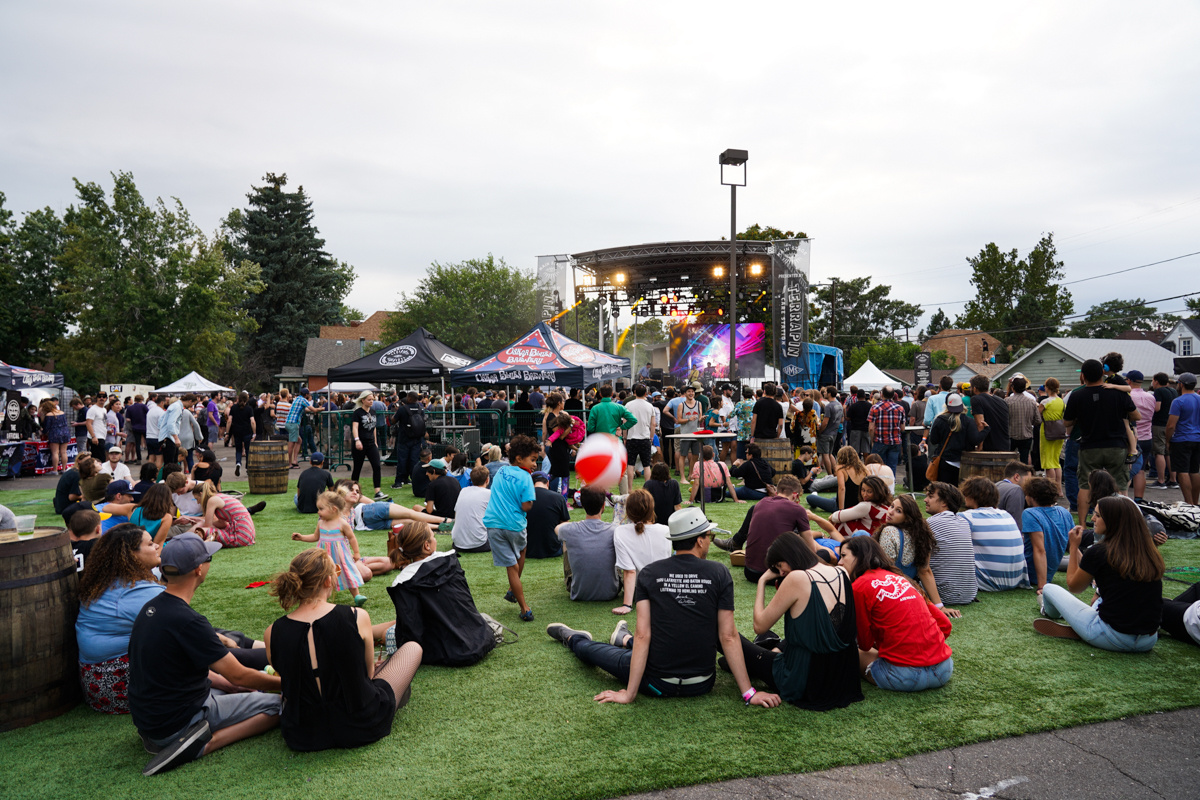 303: I noticed this year, you all have taken more of a curtailed approach to everything from the stages to who you’ve chosen to play this year. How did you decide on that?

TK: I think the biggest thing for LuLu and me when we sat down and started talking about who we wanted at this festival, is that we wanted to think outside the box. UMS for years has traditionally been an indie rock festival first and foremost, so we wanted to take that a little bit further but also focus on specific genres that had either been looked over and never even been in the cards as far as talent buying reach outs.

LC: I remember when we first sat down to build out our talent buying strategy, the idea was to make it approachable and also give a chance to the tastemakers that can really get behind this lineup and be like, “if you guys don’t know who EarthGang is, you have to be at this festival.” We were able to be a lot more intentional about the booking. It wasn’t, “okay, who can we get for this budget?” We were really able to break down what types of demographics we want there, what types of genres we want and how much of each, and I think we’re both like insanely proud of the lineup this year.

303: With so many bands in Denver’s local scene, how do you dive through those and find the ones that fit your vibe?

TK: I guess I can speak to that one a little bit more since I helped manage Kenzie Everitt and Kyle Hartman, the local talent buyers, but a similar process took place as far as trying to fill buckets of different genres. I also wanted that to be left up to them quite a bit. They’re the ones out there going to local shows every day of the week. I always joke that I’ll be working for Kenzie cause she’s the busiest woman in the world, she goes to so many shows, but so does Kyle. They really have their pulse on who’s doing what and where. I mean, as talent buyers, my former position with the festival, I didn’t want to be like, “well, you’ve got to book these people.” I was really trying to be as hands-off as possible to really do their thing. I kind of gave them a little bit of guidance just as the approach that Lulu and I took to the national strategy. It’s just the strategy of here’s an idea, and they just kind of ran with it. That’s their artistic expression and freedom to do what they want with talent buying. The other piece is that we put a window on the submission process this year for the first time ever. The idea was to test the waters a little bit and see who was paying attention. We didn’t really promote it — it caught on by word of mouth and it was on the website.

LC: …to narrow down who really wanted it not just expected it. 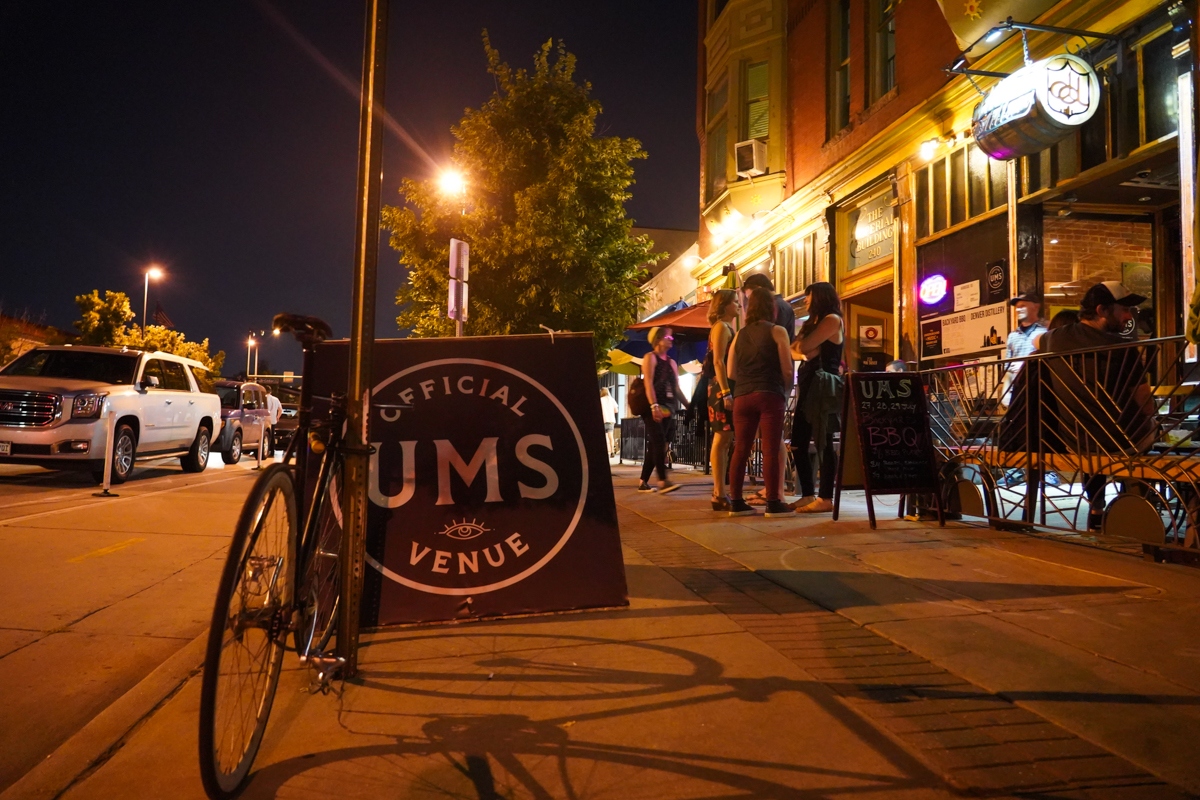 303: In hindsight, what do you wish you had done differently last year?

TK: I think, paying more attention to Sesh Fest because Two Parts’ bread and butter for years was beer festivals — I think just trying to think through that a little bit more. That was an interesting one that came together by default, and the space, I wasn’t super excited about that. Also, the comedy piece I wish we would have put a little bit more attention, focus and promotional efforts behind that one to really pop that up because that was really an incredible piece. It started off not being super well attended on Friday night, but then Saturday night I went down there and it was elbow to elbow and sweaty as hell at that tent, and it was incredible — people’s faces were hurting from laughs. For the people that got to go to that, they got the greatest experience ever. I wished more people would have been able to go. But, yeah, we had great interactions with the neighborhood and the businesses down there, they all had really amazing, positive feedback for the whole thing.

TK: I mean, a lot of the stuff we’re kind of saving up for when people get there— for that the experience and all. However, I think some of the programming and the between sets, between all the artists on the main stages. There are various DJ groups that we approached to be like, here’s five hours of programming, you guys can do whatever the hell you want. I’m working with Platteforum who’s the Odyssey Stage non-profit to put a show together on Saturday morning called, “Messages From the Galactic Flair,” which is a drag show pageant mixed with safe sex messages and students basically putting together a performance, which is really cool and has never been in the festival. Live podcasts and panels over at Mutiny with those cats over there are curating three shows for us and one is a roast of dead musicians. We’ve definitely got a lot of good surprises and delights like Saturday night at Metropolis with the Bluebook party is going to be pretty incredible.

LC: I feel like we were able to look back and fill in a lot of last year’s gaps. I feel really confident and excited about the ideally smooth programming but also like just aesthetically, I think that we’re trying to think of different things that are hopefully more of a surprise and delight, that we didn’t necessarily have time to accomplish last year. I think that generally, our outdoor stages are going to be pretty exciting for people. 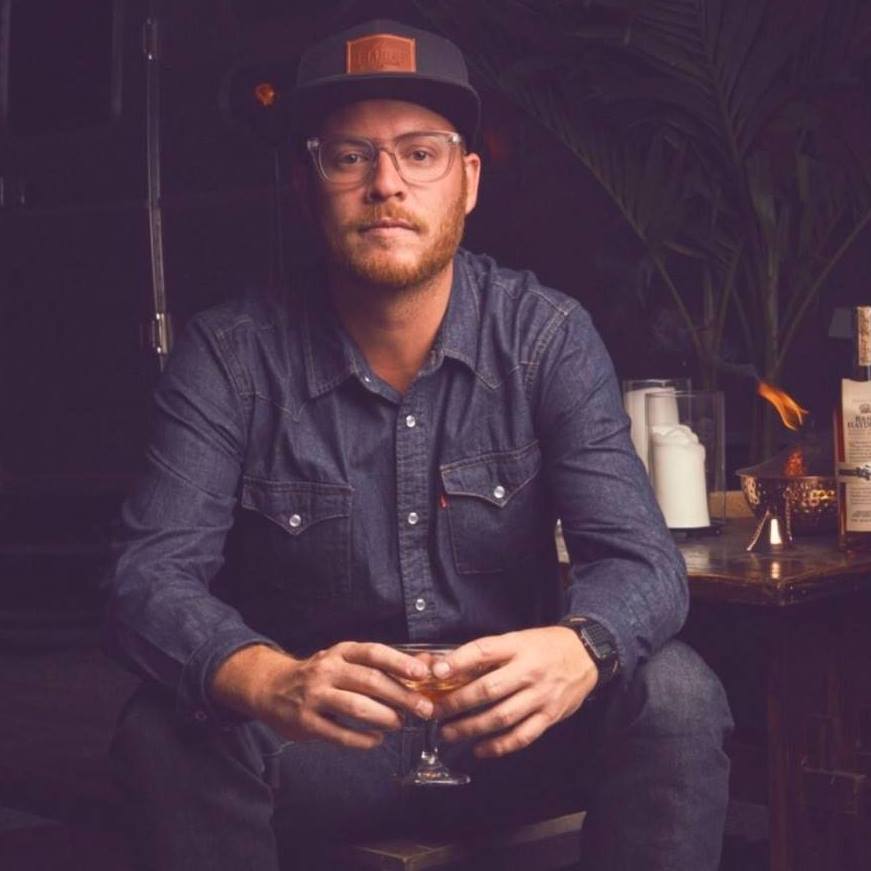 303: As UMS continues to grow, what do you hope it means for local talent?

LC: I think that it’s a great opportunity to support the local musicians that are really, really working for it. Everybody can start a band and play a couple of shows, but you can really tell when people want to put their entire life into it. I think that this can be a vehicle that is able to propel them along, even if it’s just for that one weekend and people from out of state come and see a show from a local band and become lifelong fans. I think that we can really be almost somewhat of like a feeder program where these local babies get an opportunity to rise up. I think that as it grows, hopefully, there is an opportunity to work with some of the smaller musicians or some of the student musicians and find more ways to program with, because Denver’s music scene is just infinite.

TK: The festival is always going to support local music because that’s what it’s about. There’s a lot of amazing stuff that’s happening that people in New York, Nashville, Chicago, L.A. should be hearing in my opinion. That’s something that I stand by and that’s why I do this festival. That’s why I got involved with it in the first place. And when I used to do journalism, I remember my professors like yelling at me to stop writing about local music, but that’s what I’m passionate about. So now I get to help put that on a live platform to be able to showcase them, and that’s what the festival is about.