Two short years ago, Boulder-based band Face became the first all vocal ensemble to headline one of the most iconic outdoor venues in the country. The group first emerged in the local scene almost 20 years ago, when they could commonly be found busking on Pearl Street Mall. Since then, they’ve performed across the globe, even landing a spot on NBC’s show The Sing-Off.

This year, they’ll be making a return to Red Rocks alongside a few other local groups for their second headlining show at one of Colorado’s most beloved venues. We got a chance to sit down with the group to discuss their rise to the top and how they’re giving back to the local music scene.

303 Magazine: For those who aren’t familiar with your music, can you tell me how Face became a band?

Mark Megibow: We all got our start in college a cappella. Most of the guys were at University of Colorado Boulder (CU Boulder), and either sang together or knew of each other at the time. After graduation, a few guys got together and talked about starting a professional group but with a different energy and sound than most a cappella groups. Almost from the beginning, we had the idea of being an “all vocal rock band,” although it took a few years to really hone that sound. 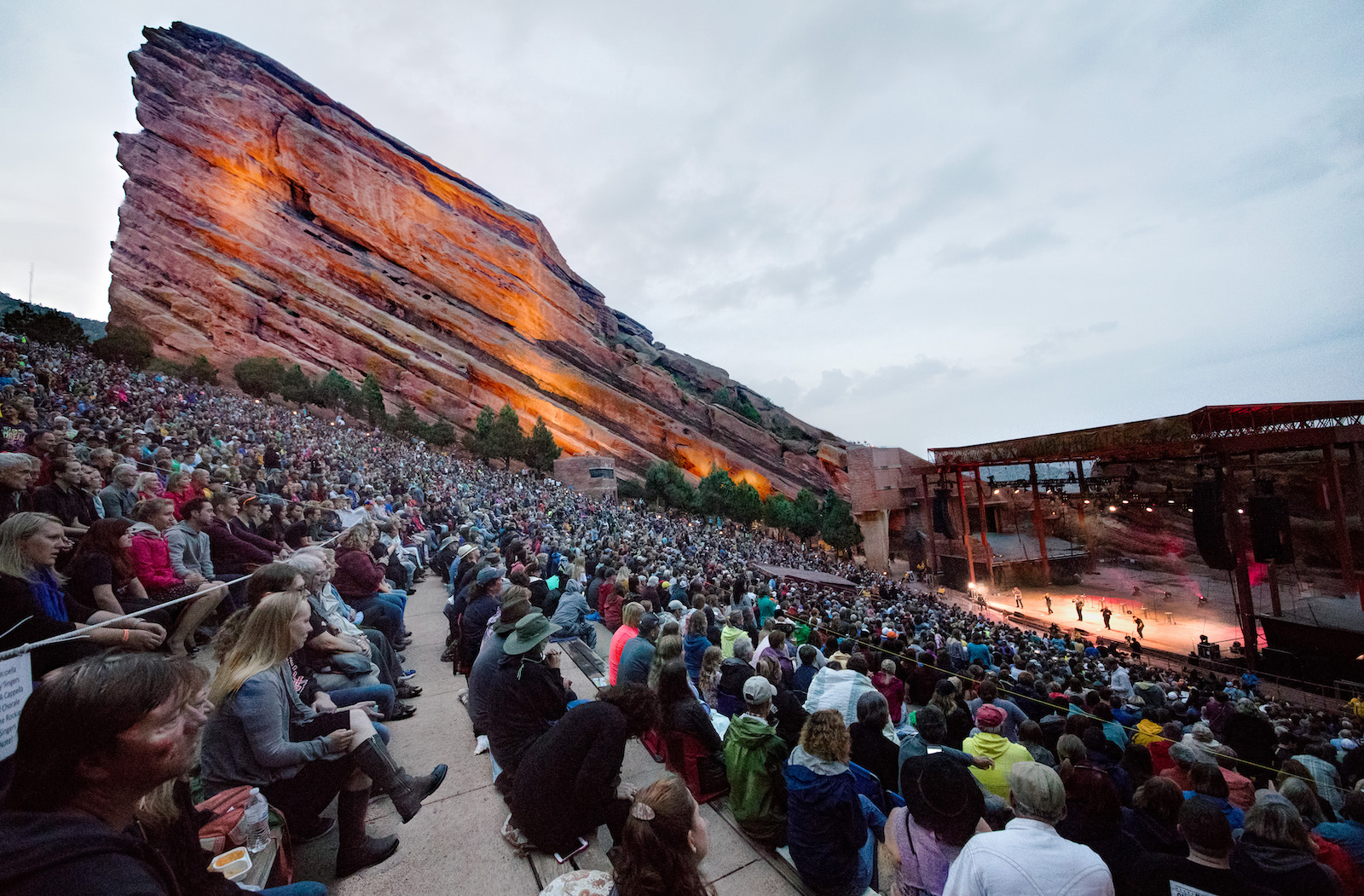 303: You got your start busking almost 20 years ago and in 2017 you became the first vocal group to headline Red Rocks, tell me how that happened?

MM: We have always had slow and steady growth – with a lot of help along the way from our friends, fans and family. From the beginning, we realized we were building a very loyal fan base who continued to spread the word about us, always bringing more friends to each show. We noticed it particularly around holiday time when we kept having to book larger theaters every year to keep up with the demand. We started playing Boulder Theatre in 2007. By 2010, we were doing two holiday shows there, and by 2012 we started playing The Paramount in Denver because it was so much bigger. In 2016 we played nine holiday shows around the front range, for about 5,000 audience members. When we started seeing those numbers, we realized that playing Red Rocks might actually be something in reach for us.

Forest Kelly: Having grown up in Colorado and seeing some of my favorite bands on the Red Rocks stage, it was completely surreal! My experience of Red Rocks had always been looking from the rows of people down to the stage. And, there we were, looking up! At the rocks, the sky, the lights and of course the people who have supported us over the years. It was humbling, emotional and amazing all at once.

Ryan Driver: It was the definition of a bucket list experience and one that you don’t really know that you’ll actually be able to achieve until it happens. It’s no exaggeration to say that a musician who grew up in Colorado and finally gets to play on the greatest stage in the state – and among the greatest in the country – could call it a career at that point with no regrets. But it was also an incredibly energizing, legitimizing experience that just made us hungry for more.

303: You’ve landed a spot on NBC’s “The Sing-Off” and played a number of festivals around the globe, where does performing at Red Rocks land on your list of career accomplishments?

Steven Ross: Right at the top honestly. The first time was nothing short of mind-blowing. Like, one of those rare moments in life where your expectations are sky-high beforehand – almost unreasonably so – and then the experience itself is even better than you imagined.  And on top of that, we get to do it again?! Pinch me!

FK: We’ve now performed over 1,300 shows in our career. Red Rocks is the top. Until we get to perform at Wembley Stadium or the Moon, Red Rocks is king.

303: Starting out on the streets of Boulder and now playing significantly larger audiences, how does that affect how you prepare for a performance?

RD: The fact is that we continue doing this for us. Obviously, it’s amazing to have such dedicated crowds that come out for so many shows on such a regular basis, but dedication and preparation for every individual opportunity is very much an internal one.  We love what we do and we know how lucky we are to be able to do it as a full-time job – something very few artists ever get to say, so we don’t ever take it for granted. 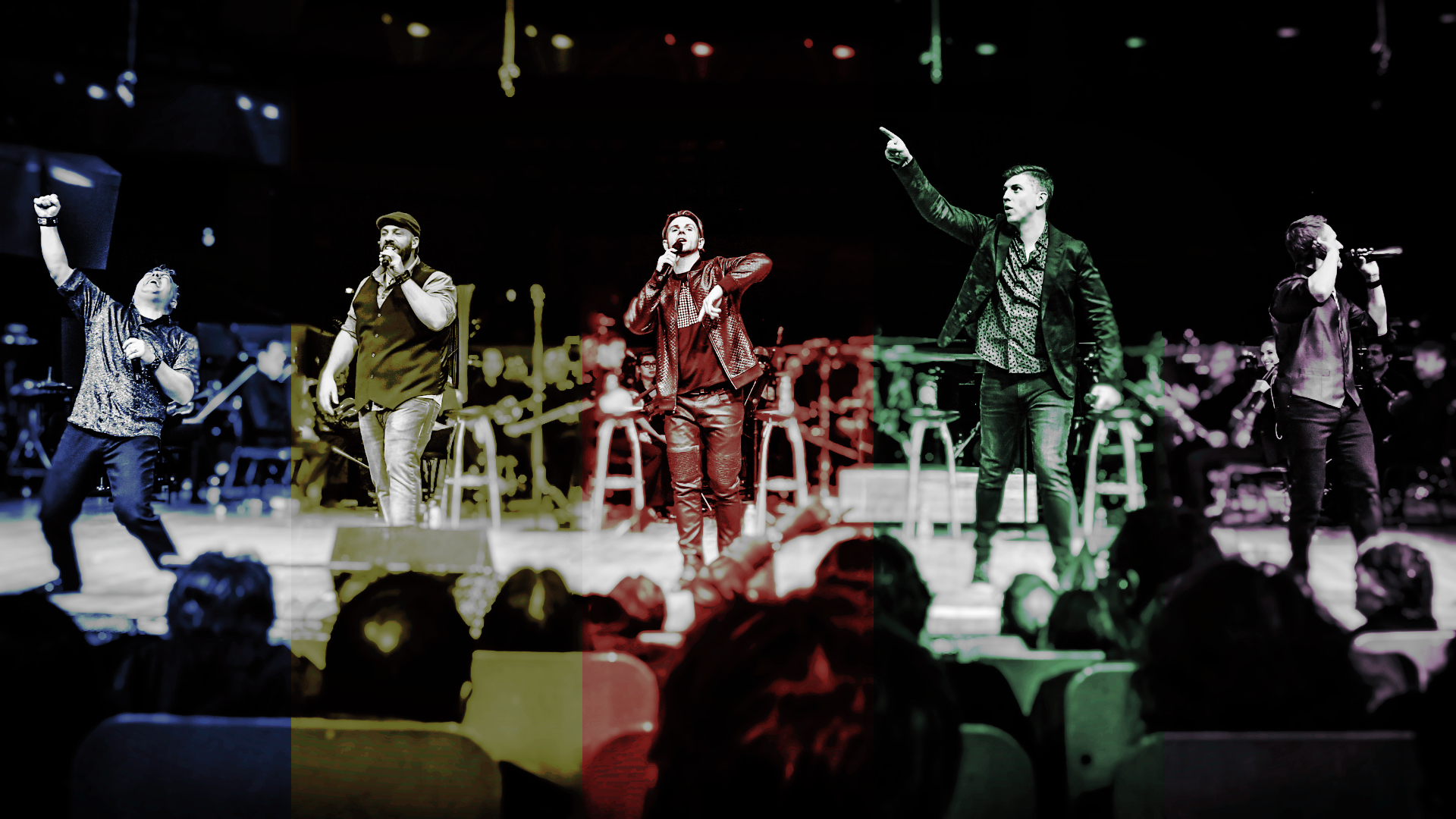 303: Your music career started to take off close to the same time that the movie Pitch Perfect was released.  Do you think that movie had any impact on the success of vocal bands like yourself or others like Pentatonix?

SR: We like to joke that we were singing this style of music way before it was cool.  Honestly, it’s been really great to have a cappella more in the mainstream, mostly because it helps prepare people’s expectations.  You used to say “a cappella” and people would assume doo-wop or barbershop. Now there are so many great reference points of incredible groups singing in this style that people walk in a little more open minded for what they’re going to hear

303: You hosted contests to find other bands to join you on stage at Red Rocks this summer, what can you tell me about those contests?

Cody Qualls: An appearance at Red Rocks was a mere dream for Face for the first 16 years of our existence. During that time we entered every contest we could, emailed national artists to offer to open for them, and in addition, contacted the local radio stations and the local film festivals to see if they would have us. But for us, as a vocal band, getting folks to understand that Face is not your average a cappella group is often very difficult. Most folks don’t “get it” [what we’re up to] until they see Face live in concert, so pitching our band through cold calls can be really tricky, if not futile. So, once we finally landed our own headlining show we felt it was our responsibility to pay it forward and give as much opportunity to other Colorado talent as we could. And, unlike so many other contests that offer “opportunities” to play the big stages, we actually pay our winners to come out and open the show. We wanted to set the bar in every way with our competition. To show, by example, that more Colorado talent not only deserves to be seen at Red Rocks but also to not take advantage of any contest winners just because we could.

303: How did you determine which of the contestants would be the winner?

SR: Judging music is such a subjective exercise, and we know this from our extensive experience at losing competitions. At first, we looked at how the bands promoted the contest since getting into the Top 10 was a criterion to be selected for the direct-support slot. Beyond that, we studied their overall musicianship, their creativity in songwriting and sound textures, and then did our best to create an eclectic mix of Colorado bands that audiences would enjoy. I’m sure there were 200 “right” answers, but we are absolutely grateful for all the bands who entered the contest, and completely thrilled at the show we have put together for this incredible showcase of Colorado music and musicians. 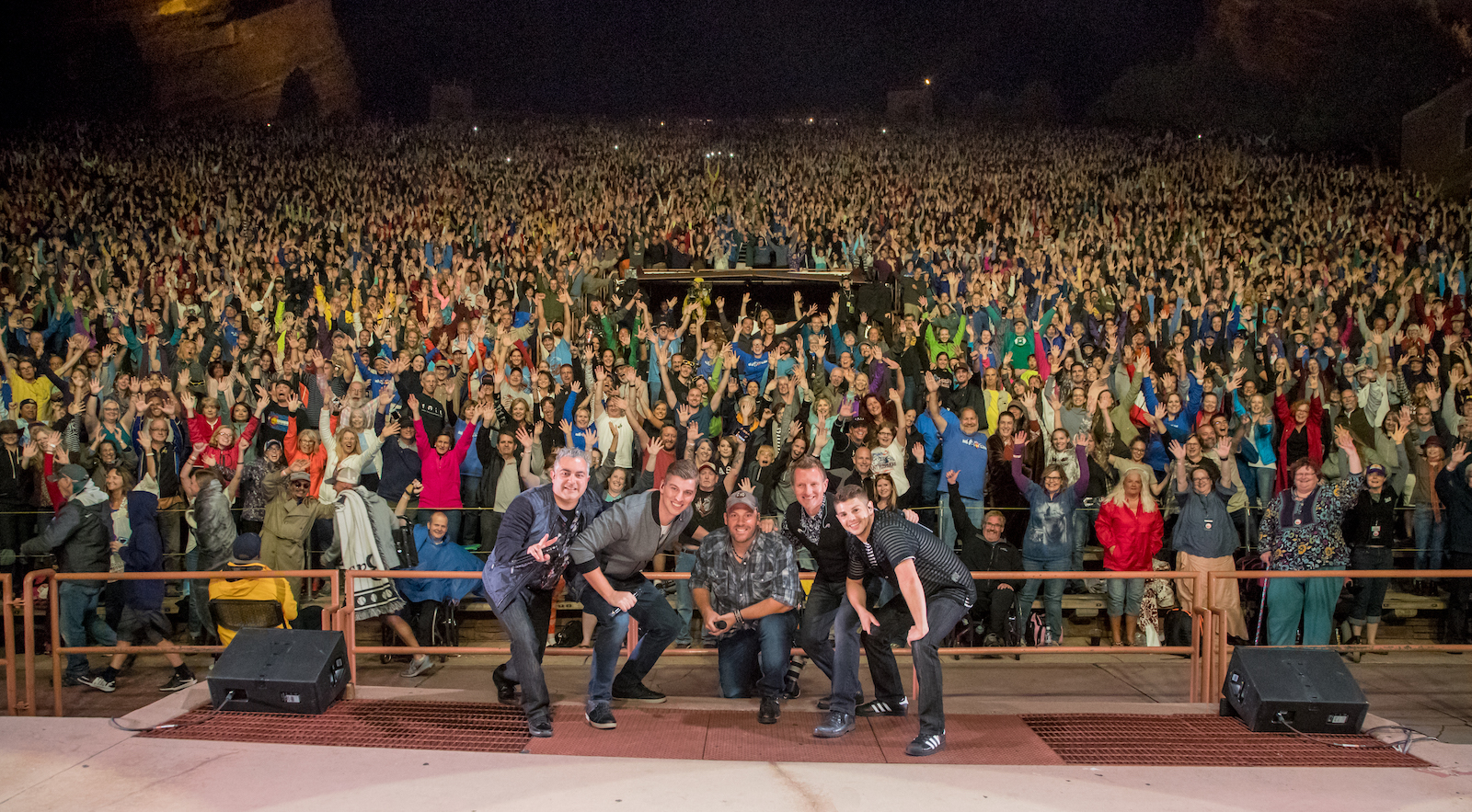 SR: First of all, we don’t think there’s a line between what we’re up to and what other local bands are up to.  We have different instrumentation, but other than that, we consider these bands to be our peers on the scene. I think our fans and supporters have seen us grow and expand our reach and have a sense as to what a rewarding challenge that can be. When we lend a hand to other bands on that journey, I think they appreciate what we’re trying to do because they have a heightened awareness as to how hard it is to be “successful” making music, whatever that means.

FK: Many of our fans have been around for over 10 years, some even longer. They’ve seen us have highs and lows, watched our hearts been opened and broken. They get it. Somehow, we’ve attracted a fan base that is not only loyal to us, but has an ear for Colorado music – they’re open to what the Colorado music scene has to offer.

303: This show is going to be very Colorado focused – you focused on local bands for the contest, you’ll be performing with students from a local music school and you’re donating a portion of the ticket proceeds to the Colorado Department of Education.  What makes supporting Colorado music so important to you?

SR: I think a lot of it stems from gratitude.  Four out of five of us are products of Colorado public school music education and got our start singing in schools or other choral music settings. We acknowledge how important those experiences were for us, both as musicians and as human beings, and we want to pay that forward. In addition, I was the choir director at Skyline High School in Longmont for 12 years, and I know first-hand the needs and financial limitations for music programs across Colorado who are trying to do right by their students.  It’s an honor to help music teachers across the state create musical opportunities for young Colorado singers. It’s a total win-win for everyone, which is so rare in this life!

RD: It helps to keep us connected to our roots as well as to do something good with the opportunities we’ve been given.  The more we include other artists, the more people take notice, creating a greater and greater ability to do even more good for the community, and the cycle perpetuates itself.  The fact that we get to do so much good for music with music is the ultimate dream.

Face will take the stage at Red Rocks along with Float Like a Buffalo, Love Stallion and The Long Run on July 10. Tickets are available here.