After 15 years of sitting empty and closed, the Air Force Academy’s newly renovated Planetarium officially reopened to the public on March 4 of this year. Ever since the grand re-opening event garnering a crowd of 2,500 people on March 2, the Planetarium has provided visitors of all ages and backgrounds with an exciting array of experiences. From briefly whisking patrons away from Earth and casting them into the stars to teaching Air Force Academy students about navigating by stars, the Planetarium boasts a rich history and an even more thrilling slew of changes. 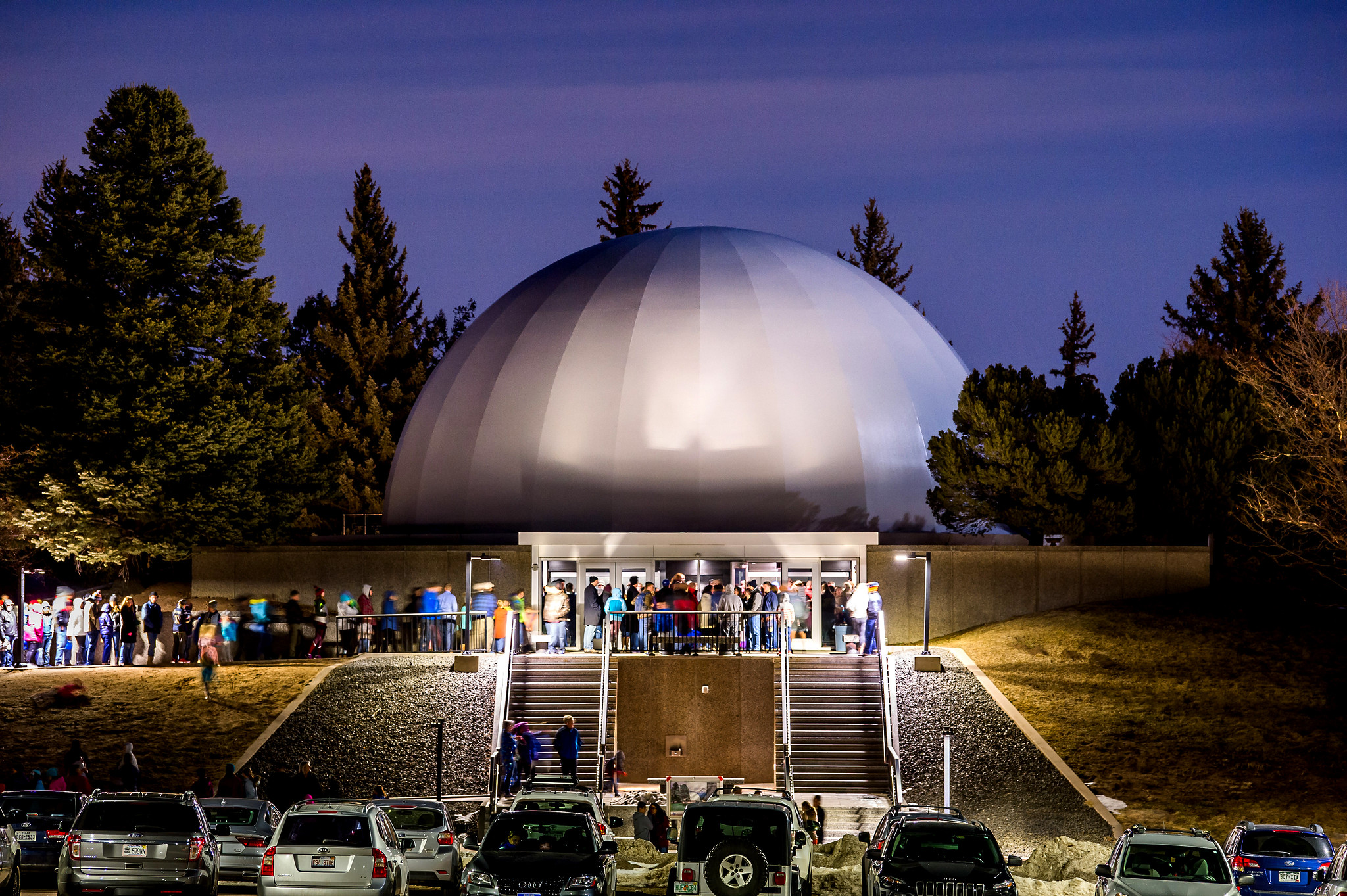 Originally built in 1959 and open through its closure in 2004, the Planetarium initially provided educational shows for the public and was used for celestial navigation classes for the Air Force Academy’s cadets. However, the rapidly transforming technological landscape was, ironically, the reason for the Planetarium’s shutdown in 2004. “When we stopped teaching the cadets how to navigate by the stars, due to increased use of technology, the planetarium was closed,” explained Judy Cara, project manager of the Planetarium & STEM Center Outreach at the Academy.

The process of reopening the Planetarium was initiated by a group of private donors and some of the Academy’s leadership. Saddened to see the establishment empty and unused, they raised five million dollars in an effort to pour new life into it. Between comprehensive internal renovations paired with the implementation of cutting edge equipment, the Planetarium was soon ready to be showcased to the community. 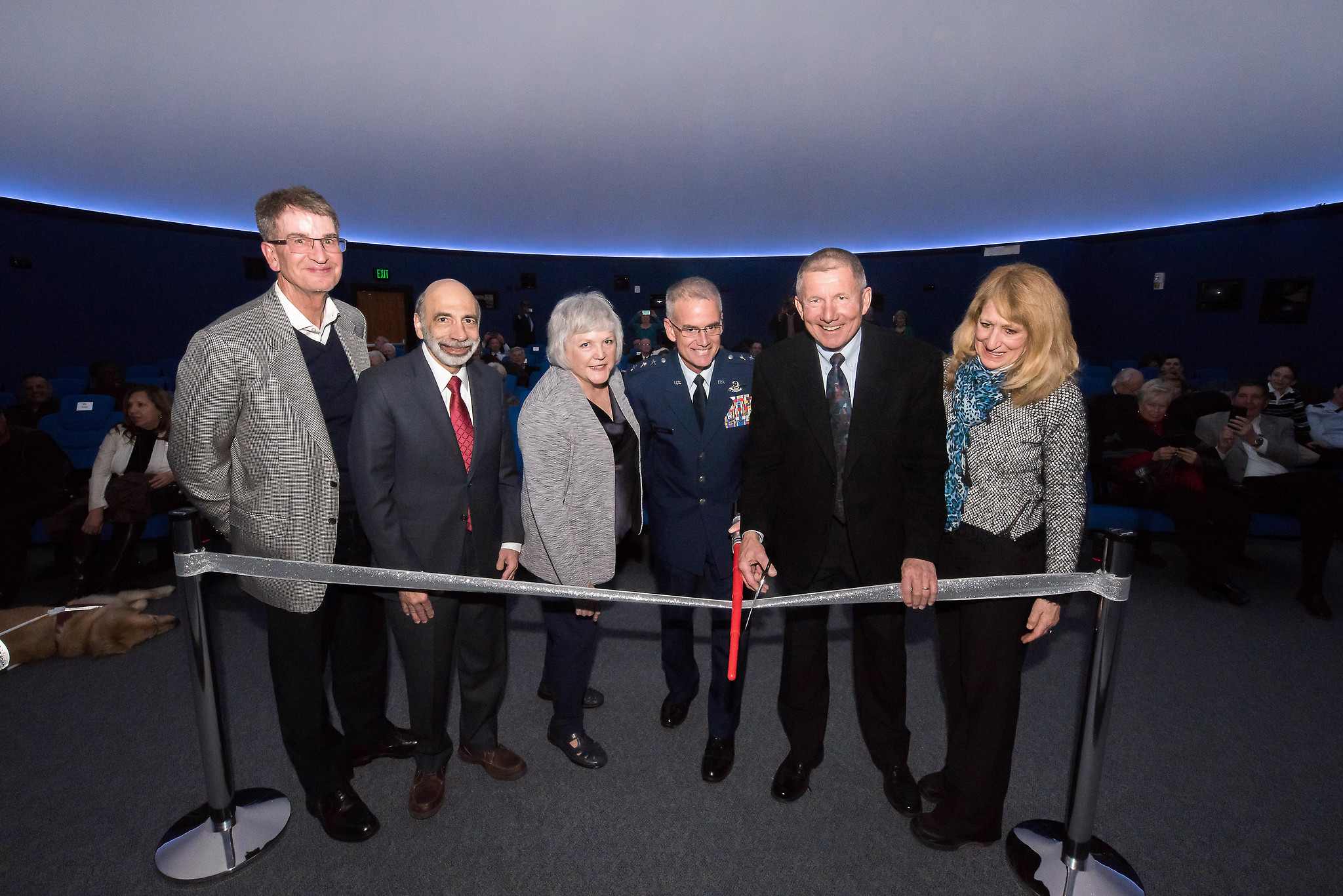 Visitors of the original Planetarium will certainly be able to notice the stark differences between the old and the new. “Originally the planetarium was in the round with a large projector that came up in the middle. The trend with planetariums now is to have all of the reclining seats facing one direction with projectors inserted into the walls, which is what we have. In addition to state-of-the-art projection equipment, lighting and sound, we have very comfortable seats which came from Spain,” Cara detailed.

The Planetarium reconstruction team also installed a dome with nanoseam technology, which is really all about enhancing the viewing experience during shows. For several decades, projections domes were crafted from overlapping and folding panels. This arrangement of panels was deemed adequate for a viewing experience with low brightness levels of classic planetariums. However, that would simply not suffice for the Air Force Academy. Modern projection methods are much more brightly lit, which would reveal the seams of those overlapping panels and disrupt the viewing experience. 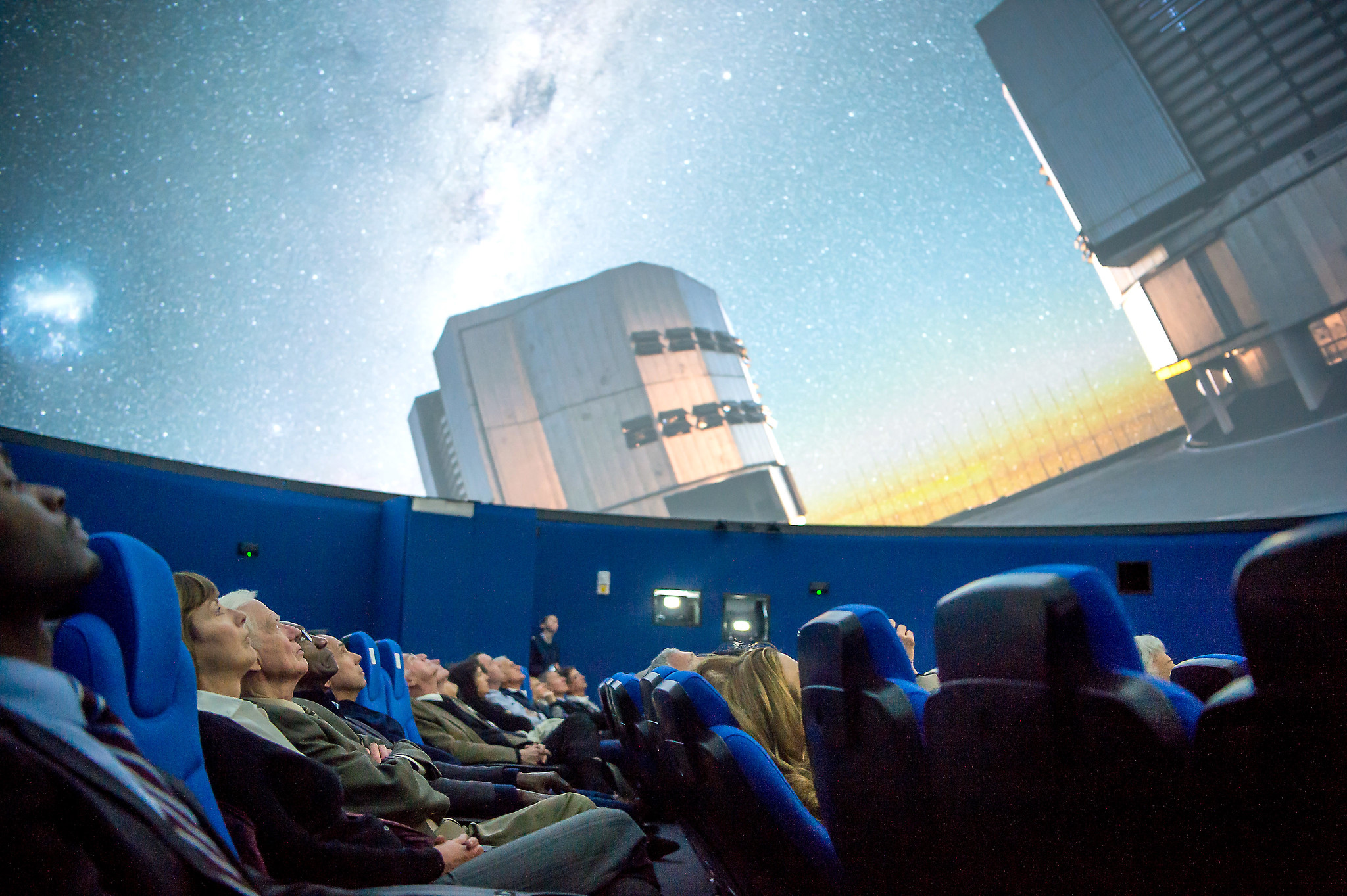 This is where nanoseam technology came into play. “Seams are the enemy of the immersive experience. With the nanoseam process, every panel is flush with its neighbors. Instead of overlapping panels one atop another, every inch of the projection surface is completely uniform. Seams completely disappear under projection conditions,” Cara said.

Though pervasive internal renovations have been successfully implemented, visitors may also note that the exterior of the planetarium remains identical to its previous incarnation. As the exterior design was deemed a vital part of the historic landscape of the Academy, the Planetarium team left it untouched. With renovations complete, the only thing left was to, of course, invite visitors back through its doors— with visitation numbers currently nearing a grand total of 17,000 since March. 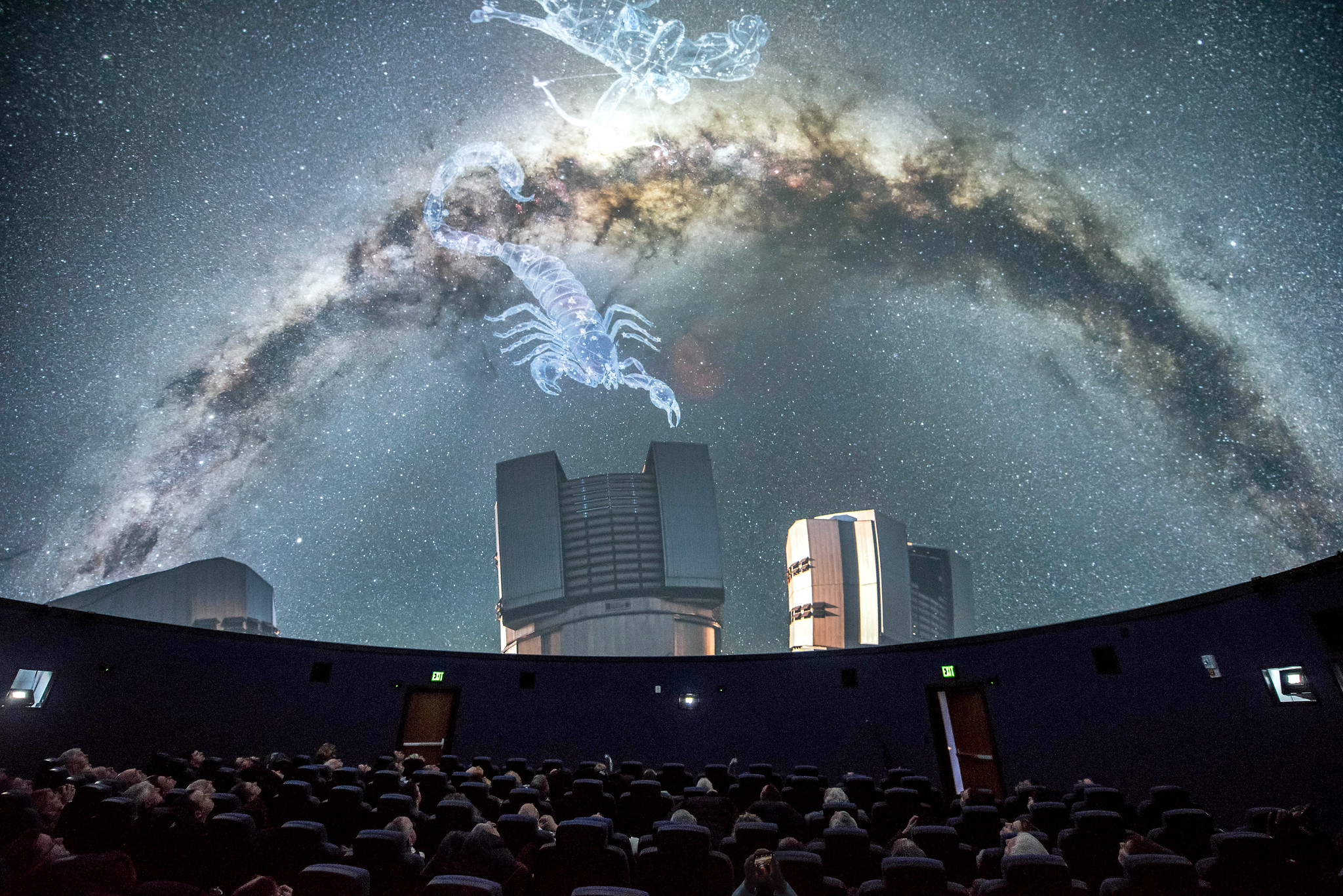 From 12:30 p.m. to 1:30 p.m. Monday through Friday, shows are offered to the public at no charge. The Planetarium also plays host to various school groups on Tuesday and Thursday mornings, providing interactive activities under the guidance of an astronomer. While known for hosting promotion and retirement ceremonies, the Planetarium additionally provides cadets and faculty with educational activities and shows catered specifically to their entertainment and education.

Selecting content for the shows turned out to be a community effort for the Planetarium team. They met with local schools and higher education institutions as they shaped the content to be both relevant and illuminating. As a result, they offer shows ranging on topics from astronomy, natural sciences and engineering to Air Force videos and videos on the Academy. The Planetarium team has prided themselves on the success of this massive project and cannot wait to welcome more visitors, hoping to leave a lasting impression. 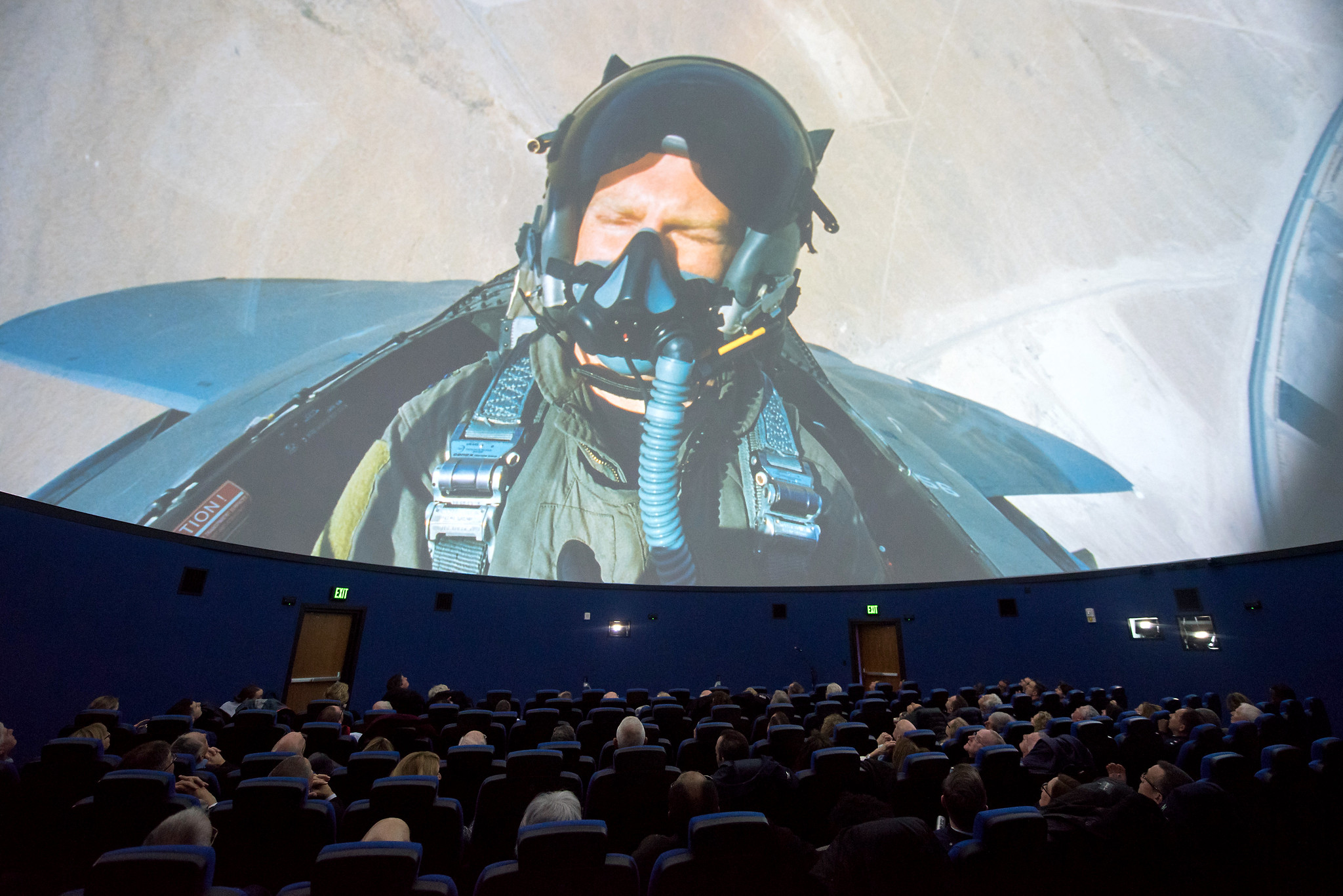 “As a result of our background research, we have been able to provide content that’s educational as well as having a strong entertainment component,” Cara explained. “A visit to the planetarium is a fun experience for people of all ages, backgrounds, and interests. Our audiences are diverse. Whether it’s cadets, first-graders or seniors, there’s something for everyone.”