Get To Know The Couple Behind Bay Area Bakery, Third Culture and Their Denver Endeavors

Third Culture Bakery and its masterminds, Sam Butarbutar and Wenter Shyu, are beginning to take the Bay Area baking scene by storm — cultivating pastries and drinks that fuse numerous Asian flavors, their histories and travels altogether. The bakery’s mostly known for its infused matcha drinks, mochi muffins, doughnuts and custard cakes that come in numerous flavors. We commonly see mochi as having ice cream in the middle, but the two use the rice product in a completely different fashion — utilizing its texture while also combining it with Western products and techniques.

The couple currently have one stop-and-go shop located in Berkeley, California, but their baked goods can be found in numerous cafes throughout the Bay Area. Aurora is now home to Third Culture’s first and largest sit-down cafe — adding to the city’s international food scene. “Here in Colorado we will have a seating area, which we will make beautiful and pink and gold and it will be fantastic to unleash our creative side,” Shyu said. “But we will also get to do some of the more fun plated stuff — like mochi waffles, hot drinks and matcha drinks in general, savory foods and probably some toast options.” 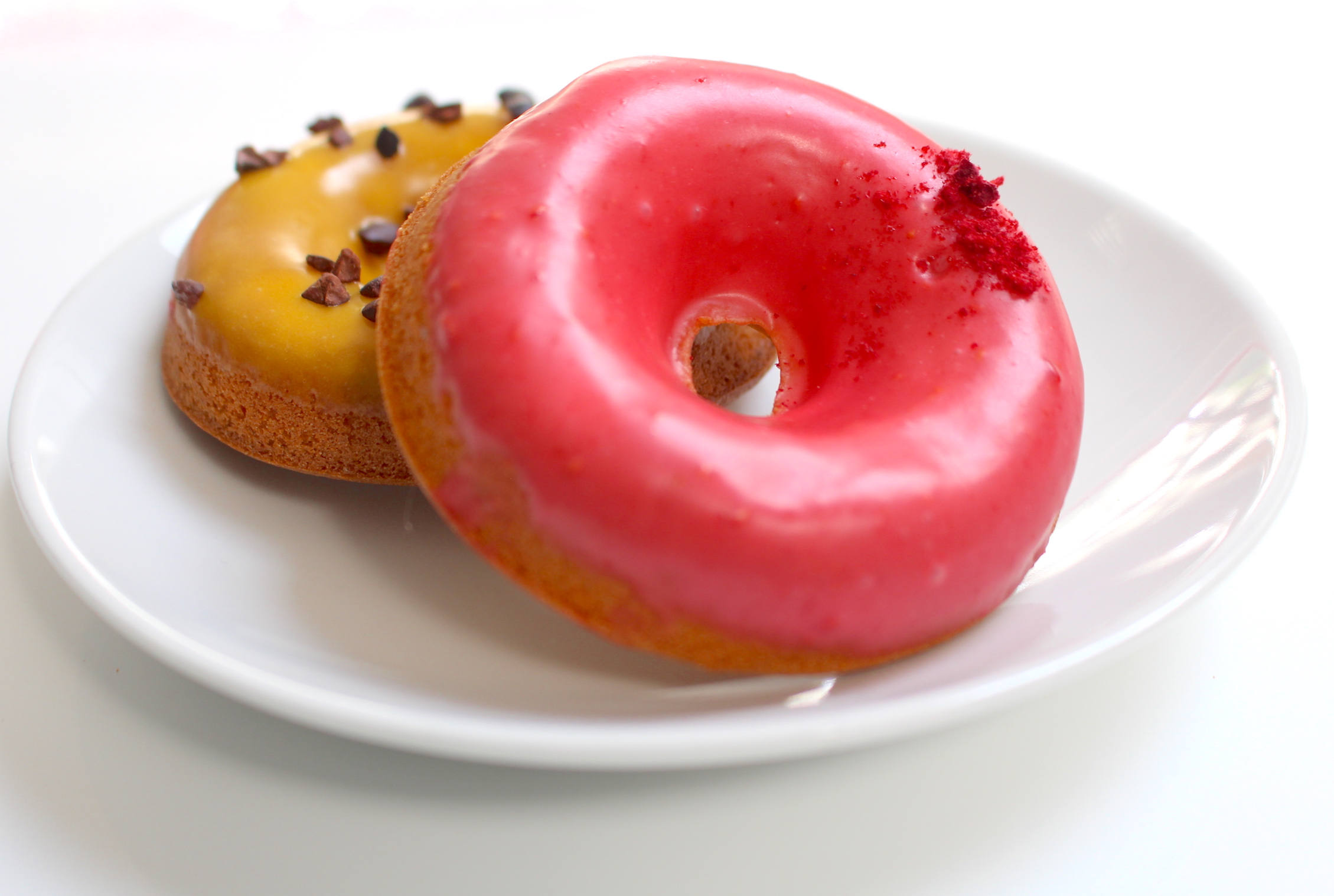 Some customers question the bakers’ intentions by asking if they use matcha or mochi because it’s trendy, but they use ingredients like those because it’s what they grew up with. Their pastries represent their journeys and experiences throughout both of their lives, which is why they want their food to tell a story through its flavors — to resonate with people and to start a conversation with their customers. “I think we’re always leading from our experiences, like our immigrant experiences and viewing American culture from a different lens,” Shyu said. “And then trying to tell that through our food and drinks.”

The two didn’t randomly come up with the name “Third Culture” — it’s actually a term that was coined by sociologist Ruth Hill Useem in the 1950s that’s used to describe kids that grew up in a different culture than their parent’s homeland. It mostly refers to immigrant children of immigrant families and their experiences growing up in the US. “The kids who grew up here didn’t really attach themselves to the culture of their parents, but they also didn’t really attach themselves 100% to American culture,” Shyu said. “And so they kind of found their own way — a third identity. And, so hence, third culture kids.” Before learning about third culture kids, Shyu felt “too white for the Asian kids or too Asian for the white kids” — the meaning of third culture helped him grapple with his own identity. 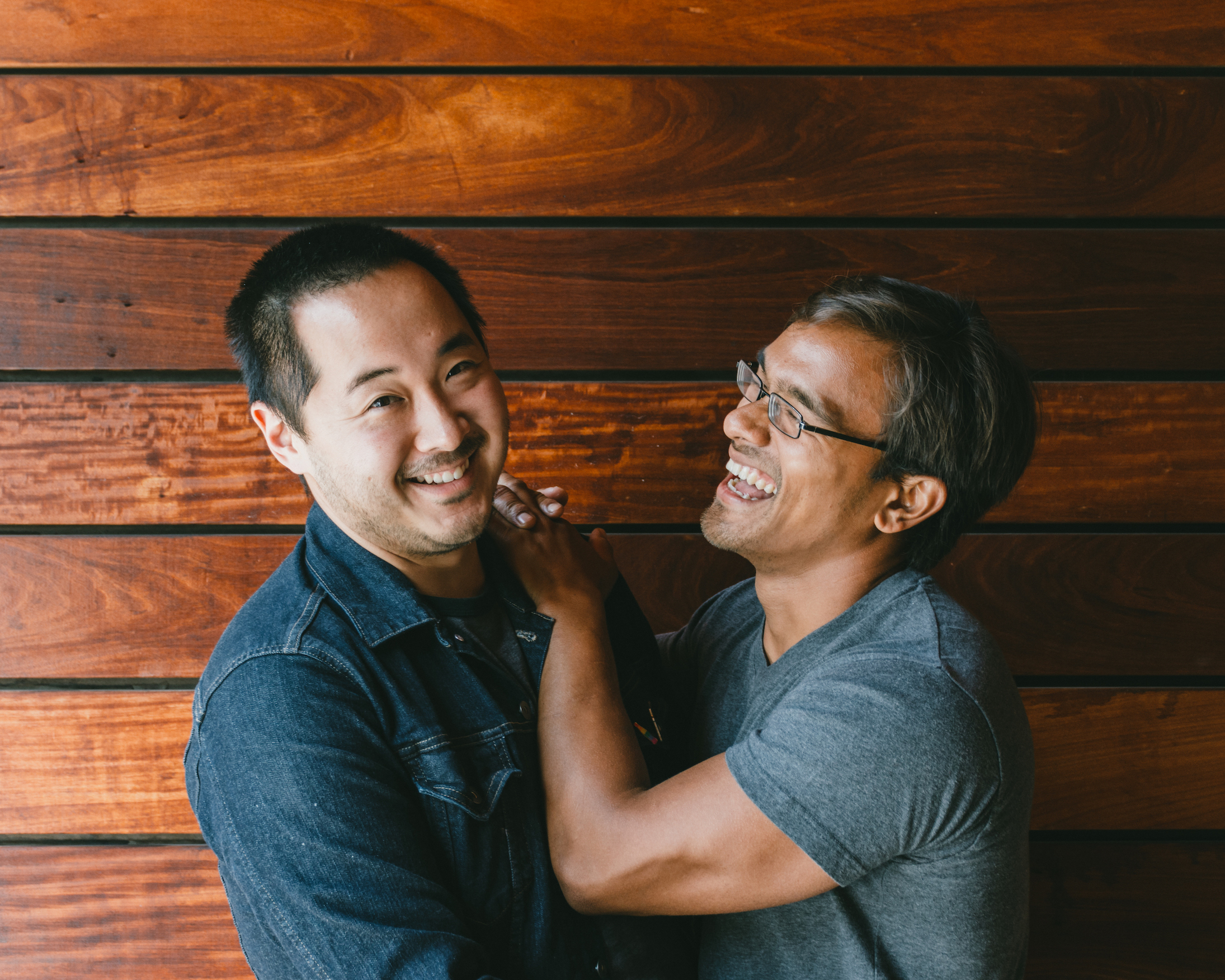 Butarbutar immigrated from Indonesia to the United States when he was two-years-old. He moved back and forth a handful of times from the northern islands of Indonesia to Los Angeles and New York — having to re-learn English and various skills over and over again. Surprisingly, Butarbutar studied environmental toxicology in college, which focuses on the study of insects, how insects affect water pollution, etc. There weren’t many jobs for his field of study at the time, but he also knew deep down that he wanted to make pastries. “I grew up helping my mom in the kitchen at home, making a lot of cakes for Christmas,” Butarbutar said. “And it just always brought a lot of joy for me. I knew that I wanted to do baking and do baking with my own point of view.”

Shyu immigrated to the already diverse city of LA from Taiwan when he was six-years-old. Shyu also wasn’t part of the baking scene initially since he studied fashion and visual marketing and merchandising in college. He was heavily involved with the corporate world since the age of 17 and felt like baking would be a great escape from the “bureaucracy” and “politics” of it. This new adventure led him to Third Culture Bakery and his partner both in business and life, Butarbutar. Although, it wasn’t love at first sight when the two met at a local baker’s brunch. “After our first brunch, I asked him out on a business meeting because I was super interested to know how he runs his wholesale, his bakery in general,” Butarbutar said. “Then I started flirting with him, and he didn’t get the hint. So I asked him out on a non-business date — we shortly went on an official date and then we were doing that for nine months.” 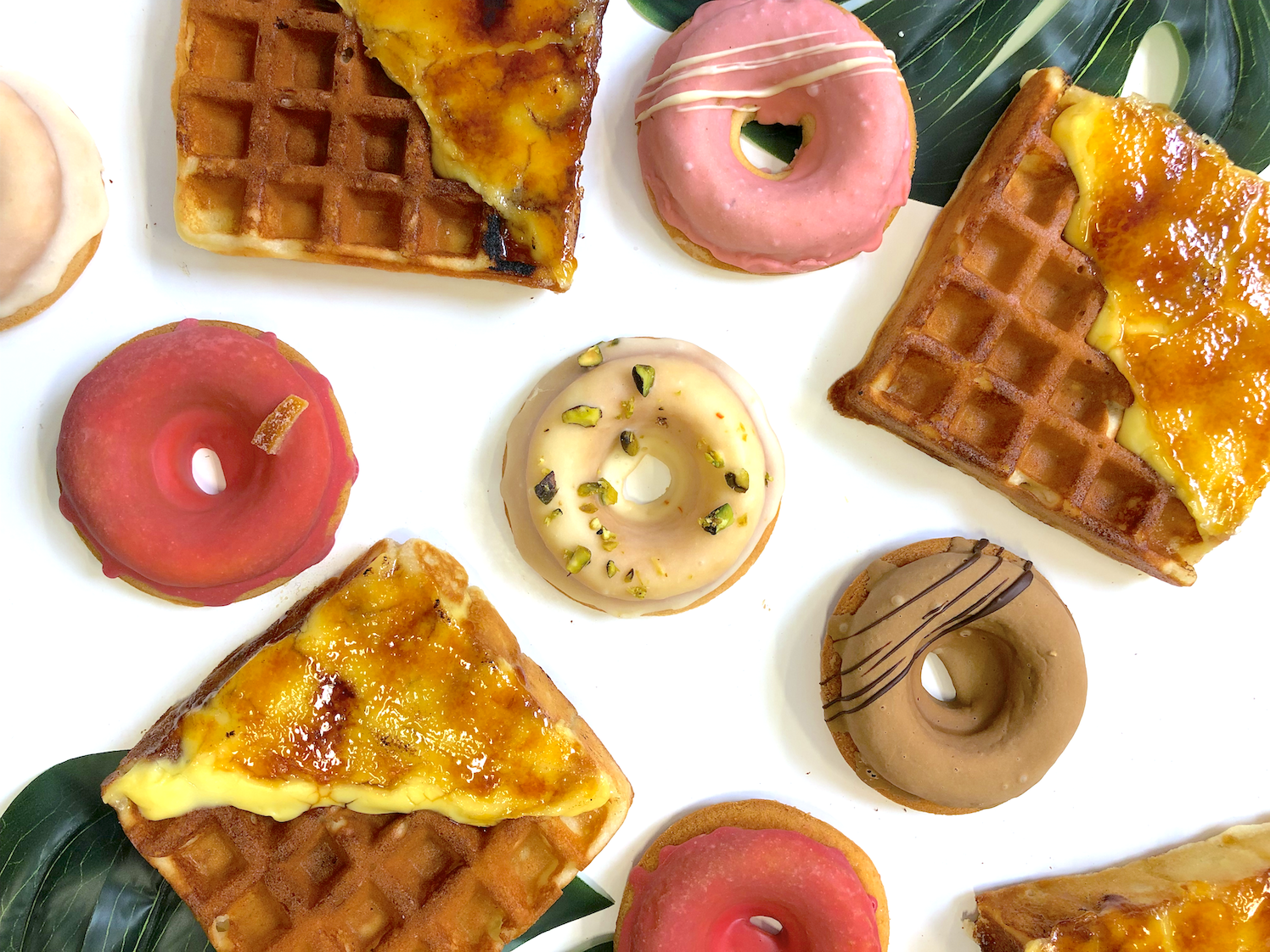 As third culture kids and people that have traveled the world — with a particular affinity for Paris — the two men take advantage of their Taiwanese and Indonesian backgrounds when concocting new ideas for sweet treats. They utilize flavors such as passionfruit, mango, guava, ube (sweet, purple yam), matcha, buko pandan (a sweet, Filipino dessert consisting of jelly, young coconut and sweetened cream infused with pandan) and the list goes on. Third Culture also prides itself by sourcing native ingredients — including coconut sugar, pandan, rice, matcha, saffron, star anise — and quality, local ingredients like organic eggs, butter and milk. “I’m excited for Sam to explore the local produce here and what’s in season,” Shyu said. “I’m excited to come up with Denver inspired flavors.” The pair will join the ranks of many other local restaurants and bakeries that gain inspiration from and support local, seasonal produce.

Third Culture has more than 20 flavors of mochi doughnuts that are available seasonally and will also be available in their Aurora location, alongside specially-made flavors for the Colorado community. When asked about their favorite menu items and Butarbutar favored the Original Mochi Muffin — a pastry that’s dark amber in color, peppered with sesame seeds on top and has a chewy, mochi texture inside with a slight crunch on the edges. Shyu’s favorites include the ube mochi muffin paired with a passionfruit matcha sparkler, which is like a sparkling matcha tea with passionfruit puree mixed in. 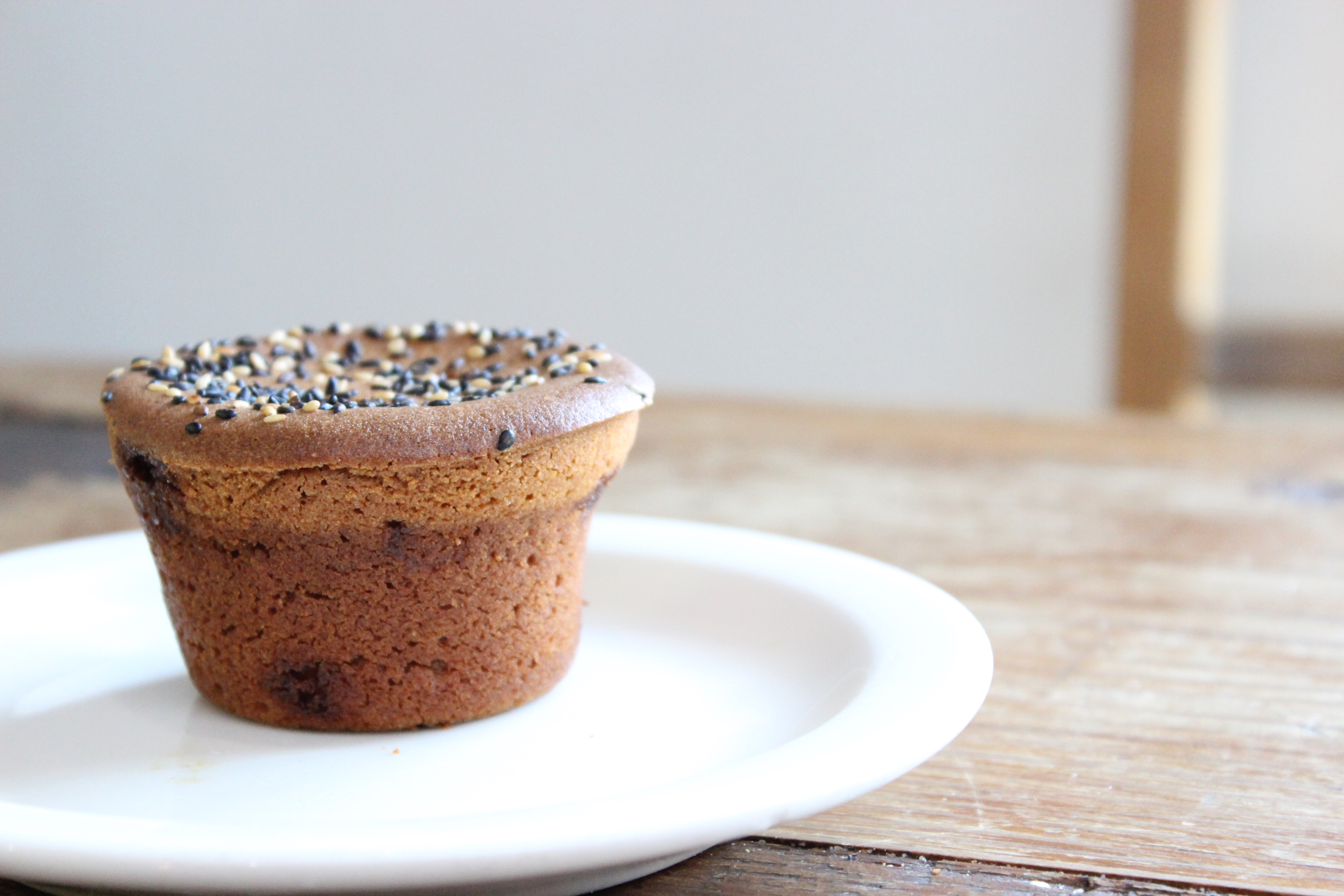 The chief financial officer of Third Culture Bakery and a close friend of the couple, Rachel Taber, has spent most of her life in Colorado — graduating from Heritage High School and the University of Colorado at Boulder. Taber invited the two to visit Denver this past December, and it was like love at first sight. “I was just floored at how nice and genuine people are here,” Shyu said. “It wasn’t trying to be better than the next person — there’s no ego, there are no sharks around here.” They shortly signed a lease within a month after their visit. Butarbutar’s also a bit familiar with Colorado as well because his parents lived in Aurora for a short time before moving to the East Coast.

The bakery started out in a small kitchen with the couple delivering about 100 pastries each week throughout the Bay Area in a 2005 Toyota Matrix. From having to stay up until two or three in the morning and repeat the process again the following day to now opening its first out-of-state location, the bakery has grown steadily. The city of Aurora and its people have welcomed the two men and their bakery with open arms — making the creation of Third Culture’s first expansion outside of California happen smoothly and organically. Third Culture additionally aspires to open smaller, “boutique outposts” throughout the Colorado region, including cities like Boulder, in the future. Shyu and Butarbutar will be 100% hands-on during their Aurora opening — back “in the trenches,” learning what it takes to open a second location and how to service the Denver and Colorado community. They’ll likely have to move out to the Rockies for a bit to ensure that the store is meeting their standards and the community. 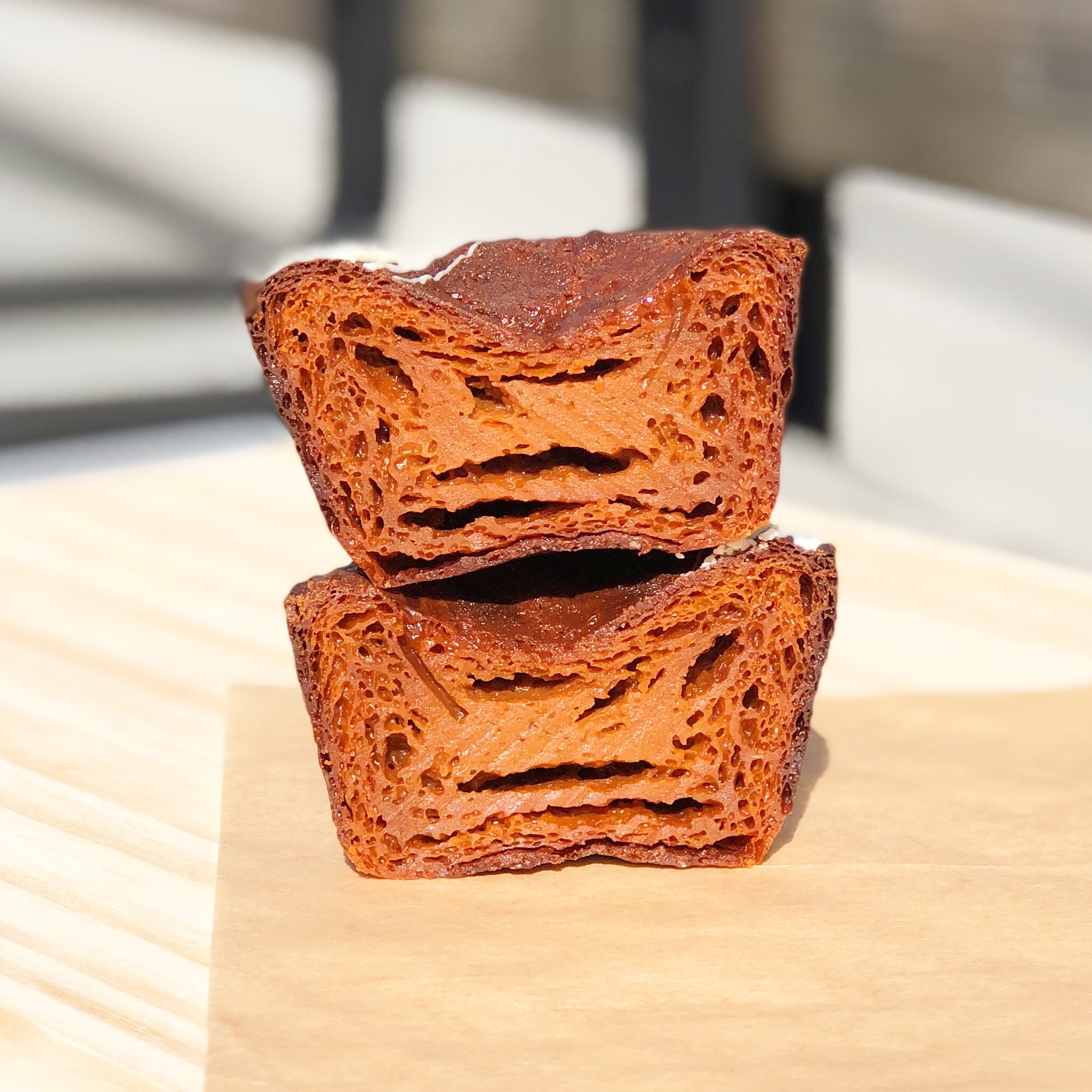 The two cultivated an inclusive and diverse workplace for their staff so that they’re all able to move up in ranks within the bakery and feel like they have a second family — maybe the only family for some. The couple both came out to their families in January 2018, which is why they try their hardest to create a safe and accepting environment for their customers and staff. Shyu initially thought his parents were going to reject him, but he got the opposite response — “My parents are super conservative, my grandparents come from super old money in Taiwan, so we never talked about romantic stuff,” Shyu said. “But it turns out my mom was pretty open to it. She said, ‘I don’t understand it, but I love you as my son, and it’ll just take time.'”

Butarbutar, on the other hand, had to face a hurtful rejection from his family. He struggled with what it meant to be a gay bakery owner and what it meant to be gay in general for several months after coming out. This rejection pushed Butarbutar to make Third Culture Bakery an accepting place for people from all walks of life. “I know that there’s a lot of people that don’t find acceptance in their family and have to create a family of their own,” Butarbutar said. “And I want our bakery to do that — whether it’s our staff having their own small family or just being a place of acceptance and inclusivity.”

Shyu lived with Butarbutar through his coming out story, which inspired him to live his life “unapologetically gay.” He also wants their bakeries to be a symbol of acceptance and inclusivity and be there as a safe place for those that might be going through what his partner went through or people that aren’t sure how to talk to their parents. “We want people to come into our bakery, whether you’re working or coming in for a coffee or tea, to really just feel that you’re accepted and safe and that there’s no judgment here,” Shyu said. 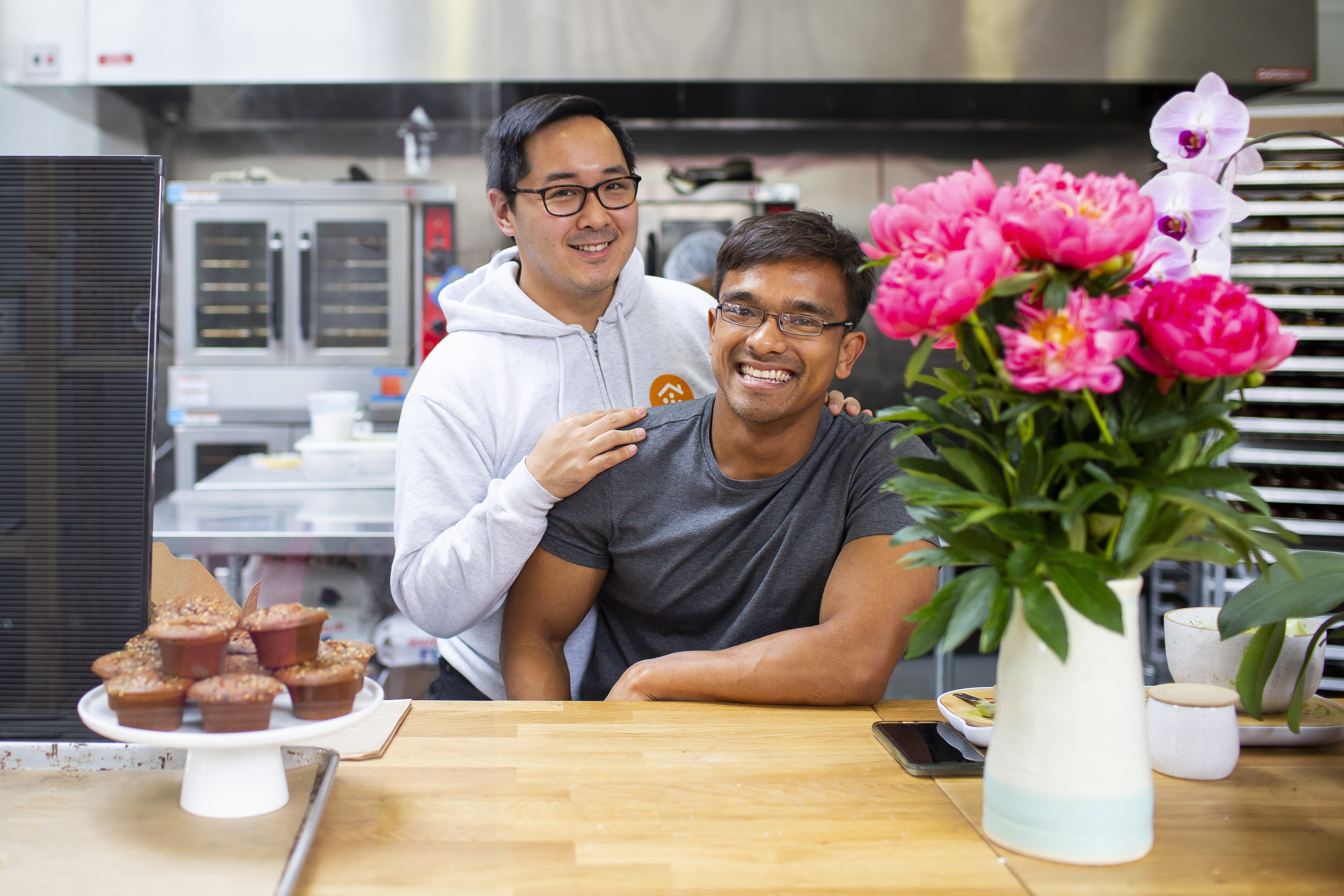 Although Butarbutar’s coming out experience was hard, it has shaped the person he is now — it led him to his Third Culture Bakery family. We asked the two to give advice for third culture kids or those that are struggling to come out to people they’re close with and here’s what they said:

“You are where you need to be and change is inevitable. Things happen for a reason and [it] shapes [you] to be a better person in the future. Just know that there are people out there that love [you] and there are families there that will accept [you]. It might not be [your] biological family but there is a family.” Butarbutar said.

Shyu’s and Butarbutar’s coming out experiences and being third culture kids have led them to where they are now, and although there were times the world tested them — it got better. Their journeys have led to the creation of Third Culture Bakery, and now it gets to call Colorado its second home. Third Culture is and always will be a welcoming place for all.