There are very few things that are good about Monday. The morning coffee is more bitter and alarming — a shocking jolt of adulthood to the tune of shaken baby syndrome, the weekend preceding is beginning to take it’s very real and very exacting toll and there’s a deadline looming above your head like the Moon in A Legend of Zelda: Majora’s Mask — there’s a reason Garfield hates Mondays, there’s a reason everyone hates Mondays. However, there are those rare exceptions, perhaps even small miracles that somehow make Monday manageable, and dare I say — enjoyable. One such exception came by way of Local Native’s concert at the Ogden Theatre Monday night. The indie-rock darlings gave the audience a second wind, a fire in their bellies and a feverish hysteria to ride out the night. 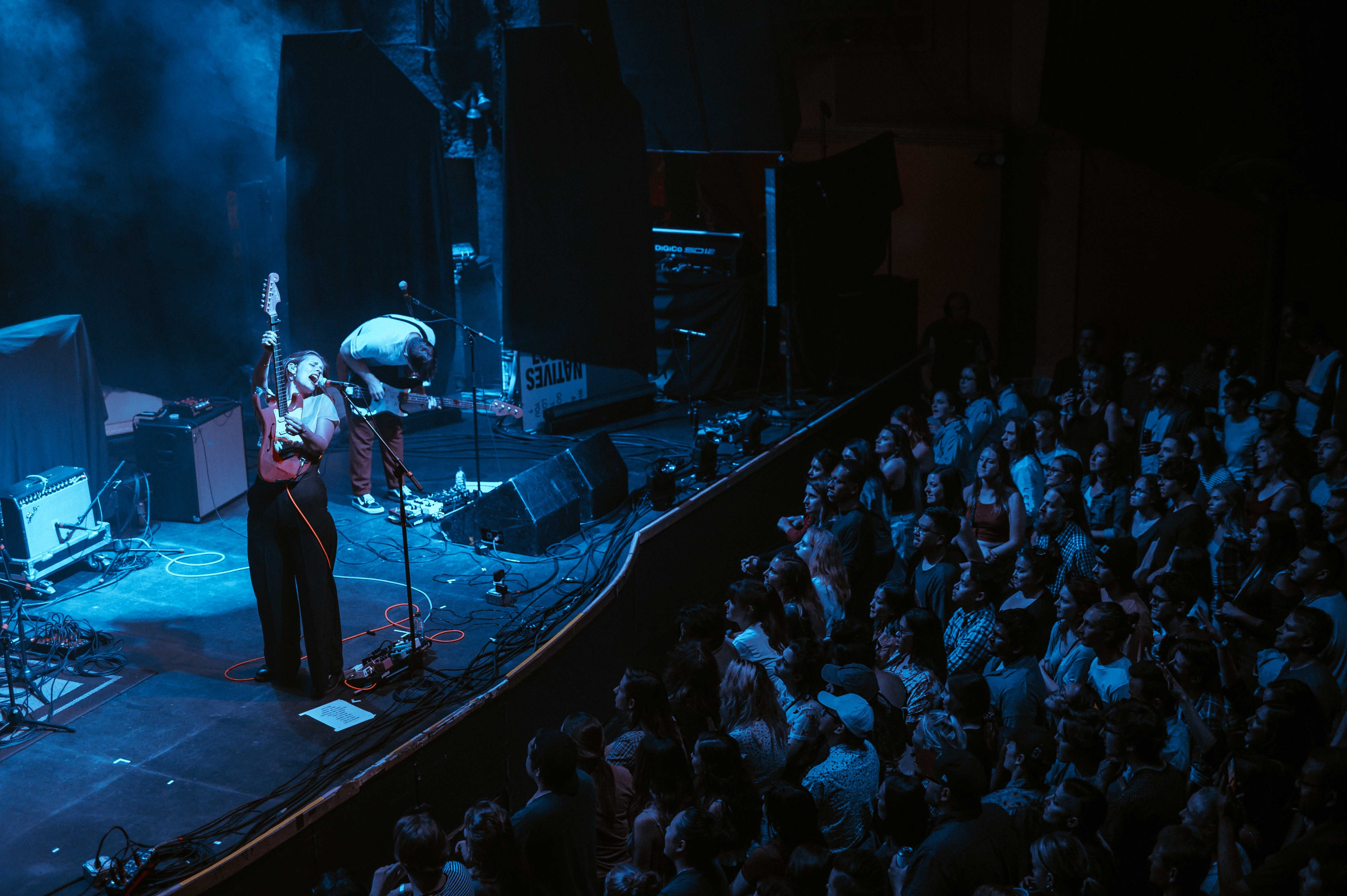 Opening the performance was indie upstarts, Middle Kids. The young Australian rockers quickly shot a pulse through the chilled atmosphere of the theater, making light work of getting the audience’s blood pumping. Interacting casually with the audience while digging their fingers deep into the meat of their songs made for a ripe experience in which both parties fed off the energy of the other. That was, however, until midway through, a young man had a medical emergency halting the concert in its tracks. Over bated breaths and nervous murmurs, the young man came to, and was escorted out as the music crept back in. His Monday, was certainly the worst. Getting back on board, Middle Kids shook off the delay in no time, letting the persuasive energy of lead singer Hannah Cameron pave the way. Positively cruising through songs like “Edge of Town” and “Big Softy,” the band turned up a fire in the audience, and let it smolder on into Local Natives’ forthcoming performance. 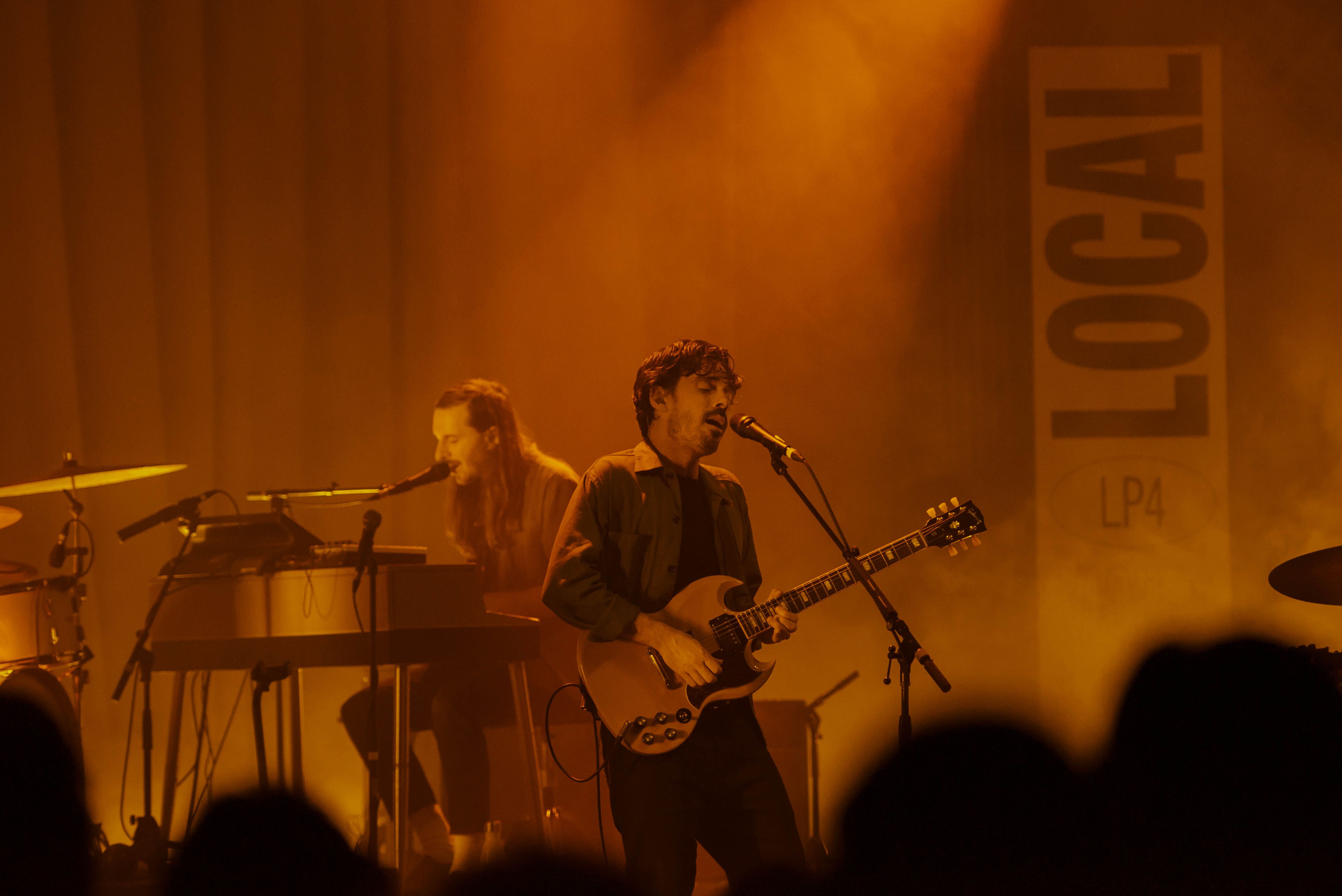 Not much longer after Middle Kids departed the stage, did banners for Local Natives emerge, lining the stage, emblazoned with song titles from their newest record, Violet Street. Arriving to the stage with the bare-boned barrage of “Vogue,” the band ensnared the crowd in waves of reflection. Deep in the dark blue stage lights, singer/guitarist Taylor Rice’s voice weaved in and out of the ethereal backdrop, as the audience marinated in the moment, mouth agape. As soon as the song subsided into silence, Rice took to the raised hands of the audience, crowd surfing to the war-ready drums of “Sun Hands,” and all of a sudden, we were off to the races. With Kelcey Ayer and Ryan Hahn coming into the fray on vocals, the band took flight with the soaring three-part harmonies that they’ve become known for, flying high through a career spanning setlist. 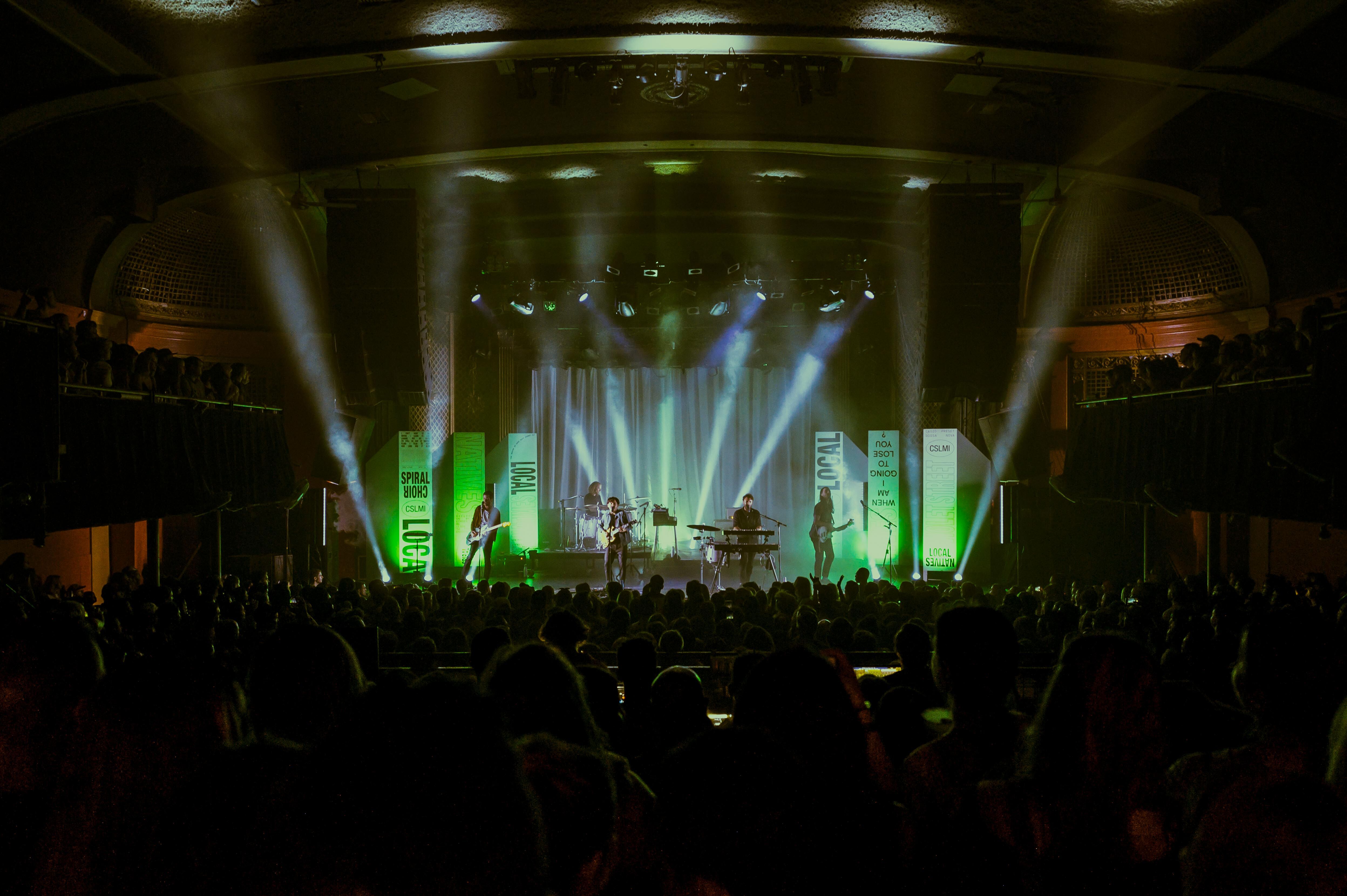 Amplified now, as the band hit their stride, the audience did as well, spinning in circles and bobbing along with surefire excitement. “Café Amarillo” gave the audience a laid back groove to chew on while older fan-favorites like “Heavy Feet” and “Airplanes” made for rousing singalongs that coincidentally swept us off our feet into the arms of nostalgia. Newer tracks like “Megaton Mile” and “When am I Gonna Lose You” condensed the band’s years-long chemistry into glorious moments of euphoria, where the band’s pistons were pumping like the blood in our veins, pulsating, refusing to settle down.

From the mezzanine to the floor, glimpses of unbridled joy would meet you face to face, in the form of closed eyes, hands raised to the ceiling and voices belting as loud as they could possibly go. It was the type of intrinsic joy that the body couldn’t contain, erupting in small explosions throughout the theater. For their part, Local Natives were triumphant not just in how beautiful and expansive they could sound all at once, but in how not a single song lost its meaning or value as they ran through them. For as much happiness as the crowd received from Local Natives, the band exuded just as much, if not more, and it showed in every facet of the performance. Furthermore, despite the monotony of Monday, Local Natives were more than a silver lining, they were radiant and shimmering gold.