We’ve all lived through our fair share of fads. Whether it was a fashion statement like bell-bottom jeans or the ’90s wave of boy bands, we all have fads that we miss (RIP *NSYNC) and those that we hope will stay buried in the past – we’re looking at you mullets. While fads will come and go, and inevitably resurface at some point in time, there are some things in this world that we love no matter what – even if we’re guilty of getting too lost in the latest trend. Rock ‘n’ roll is one of those timeless things that keeps us all coming back for more. For any fans who can’t get enough of that classic rock ‘n’ roll, The Struts show at the Gothic this week will be one that you absolutely do not want to miss.

The Struts current “Young and Dangerous Tour,” follows the release of their sophomore album, Young & Dangerous. The 13-track album was released in October of last year, proving that at least one modern band is keeping rock ‘n’ roll alive – and doing an excellent job. The tour, which was announced earlier this year, follows a slew of sold-out shows across the UK. Given the prior success of the stint across the pond and the band’s impressive touring history, we wouldn’t be surprised if this Denver appearance continues the trend of sold-out shows.

Prior to the release Young & Dangerous, the glam rockers spent a few years touring with some major league players and honing their craft. They played alongside classic icons such as The Who, Guns N’ Roses and the Foo Fighters – playing large stages has certainly paid off for The Struts. The rock group’s performances are high energy, creating the perfect environment for audiences to lose themselves and enjoy the music. From the upbeat tempo of their lyrics to their flair for the dramatics, every show The Struts perform is fit for a full stadium.

Young & Dangerous shows off The Struts’ classic rock ‘n’ roll tunes, yet maintains an original sound. From the classic rock guitar riffs to lyrics that lament the age of pop anthems on Instagram, The Struts remind fans of everything there is to love about the genre.  Frontman Luke Spiller has been praised for his electrifying presence – hailed as a modern combination of Freddie Mercury and Steven Tyler – and he’ll undoubtedly bring that energy to the Gothic this week. 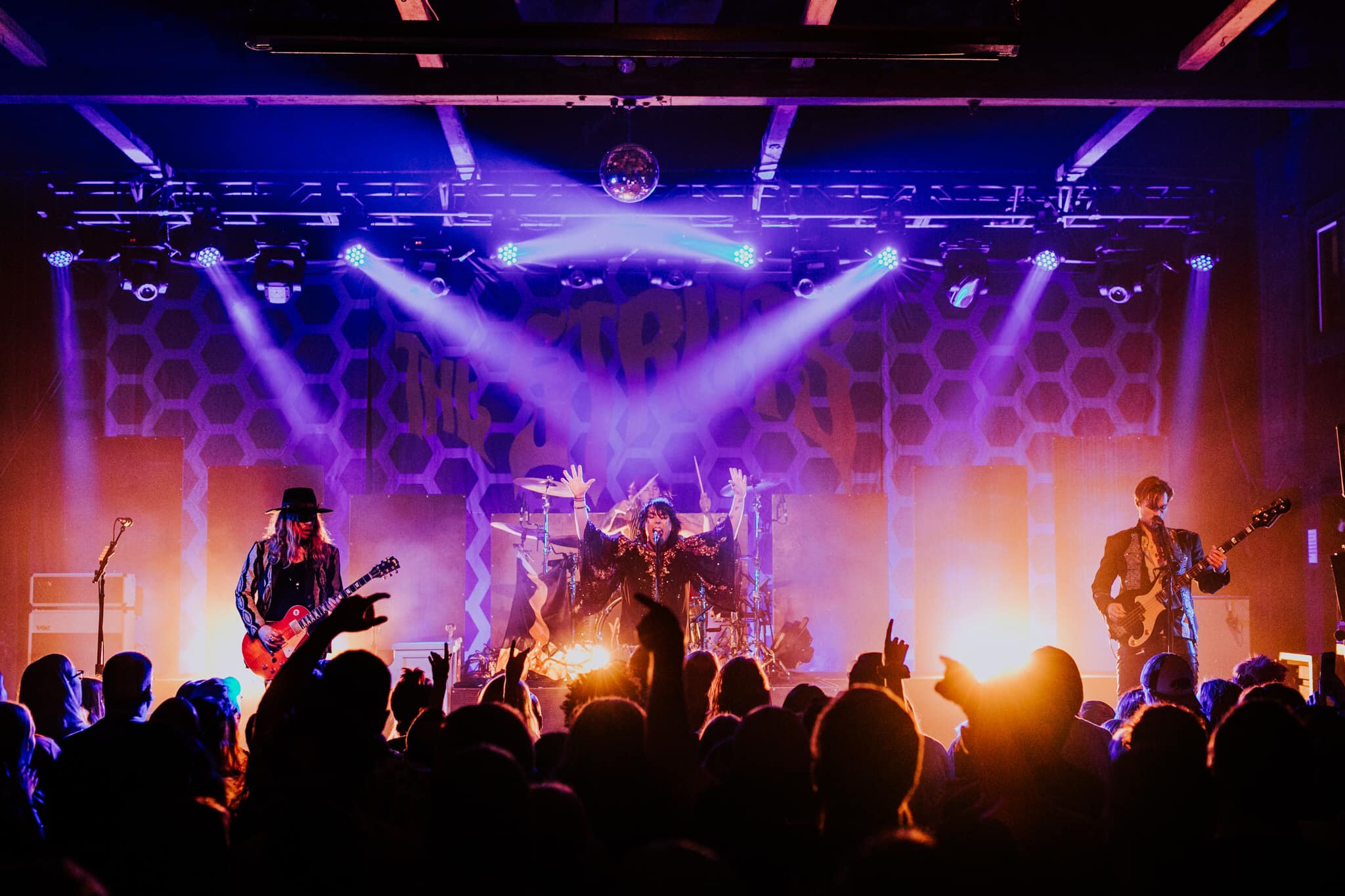 After gaining the respect of iconic rock ‘n’ roll names and selling out shows across the UK, it’s clear that The Struts are a serious band that is destined for greatness. In fact, it’s a little surprising that they aren’t selling out arena’s of their own already. Their show at the Gothic this week may be Denver’s last chance to see the group in a more intimate venue. So be sure to snag a ticket and prepare to rock.

The Struts will be making one stop in Denver on “The Young and Dangerous Tour,” on June 28 at the Gothic. Tickets are available here.