Q&A – The Goo Goo Dolls’ Talk 30 Years of Life on the Road, Touring with Train and Colorado Memories

Since 1989, the Goo Goo Dolls have made a name for themselves as one of the bands that hit the ground running no matter how long its been. After their 1998 smash record Dizzy Up The Girl hit airwaves around the world, producing two of their biggest and timeless hits, “Iris” and “Slide,” the Goo Goo Dolls continued to create. Nearly five albums and 20 years later, this New York-based band has no end in sight. From receiving a monthly stipend from a record label to make ends meet to going on global tours – the Goo Goo Dolls are no strangers to the rock ‘n’ roll lifestyle. We spoke to frontman John Rzeznik on the Goo Goo Dolls’ upcoming tour with Train, three decades of life on the road and why one Colorado venue holds a special place in Goo Goo history.

303: Thank you so much for taking the time to speak with us. Do you happen to remember the first show that you ever played in Colorado?

John Rzeznik: I think, I don’t know if it was our first one we played, but it was a bar and there was like an old motel across the street, like a block away from where we were staying. It was interesting.

303: Do you have any special memories from one of your shows in Colorado?

JR: Oh, the first time we sold out Red Rocks back in ’99 or 2000. They give you a little piece of the stone and a plaque and I still have that just sitting on my shelf. To me, that was such an awesome accomplishment because it’s like, Red Rocks, I mean, come on.

JR: Well, I’m 30 something years older. I gave up drinking and everything else, you know, smoking and all that so it’s a lot healthier. It’s a different kind of fun. We had a lot of fun when we were young guys out there. The usual, way too much partying and having fun. There comes a point where you’re just like “Ah, yeah, we’re not going to be able to keep doing this if we keep this pace up.” It’s all about bringing the music and when you’re a fat drunken mess, it’s impossible to do that.

303: We have a little bit of a speed round for you, just some rapid fire questions. What song do you wish you had written?

JR: “Even The Losers” by Tom Petty.

303: If you had the chance to play with one artist on stage, dead or living, who would it be?

303: Good choice, that’s a show we’d like to see. What about a favorite song that you’ve written?

JR: There’s this song called “Hate This Place” that closed out the Dizzy Up The Girl album. I don’t know what it is about that song, I just love that song and it makes me feel happy.

JR: That changes from night to night. Consistently, the one that I love playing a lot is probably “So Alive.” I just love seeing the audience sing along with that.

303: Can we expect any new material from the Goo Goo Dolls anytime soon?

JR: Yes. We have a single coming out tentatively on June 18th and the album Miracle Pill is going to be out in early September. We’ll probably be playing a new single live. 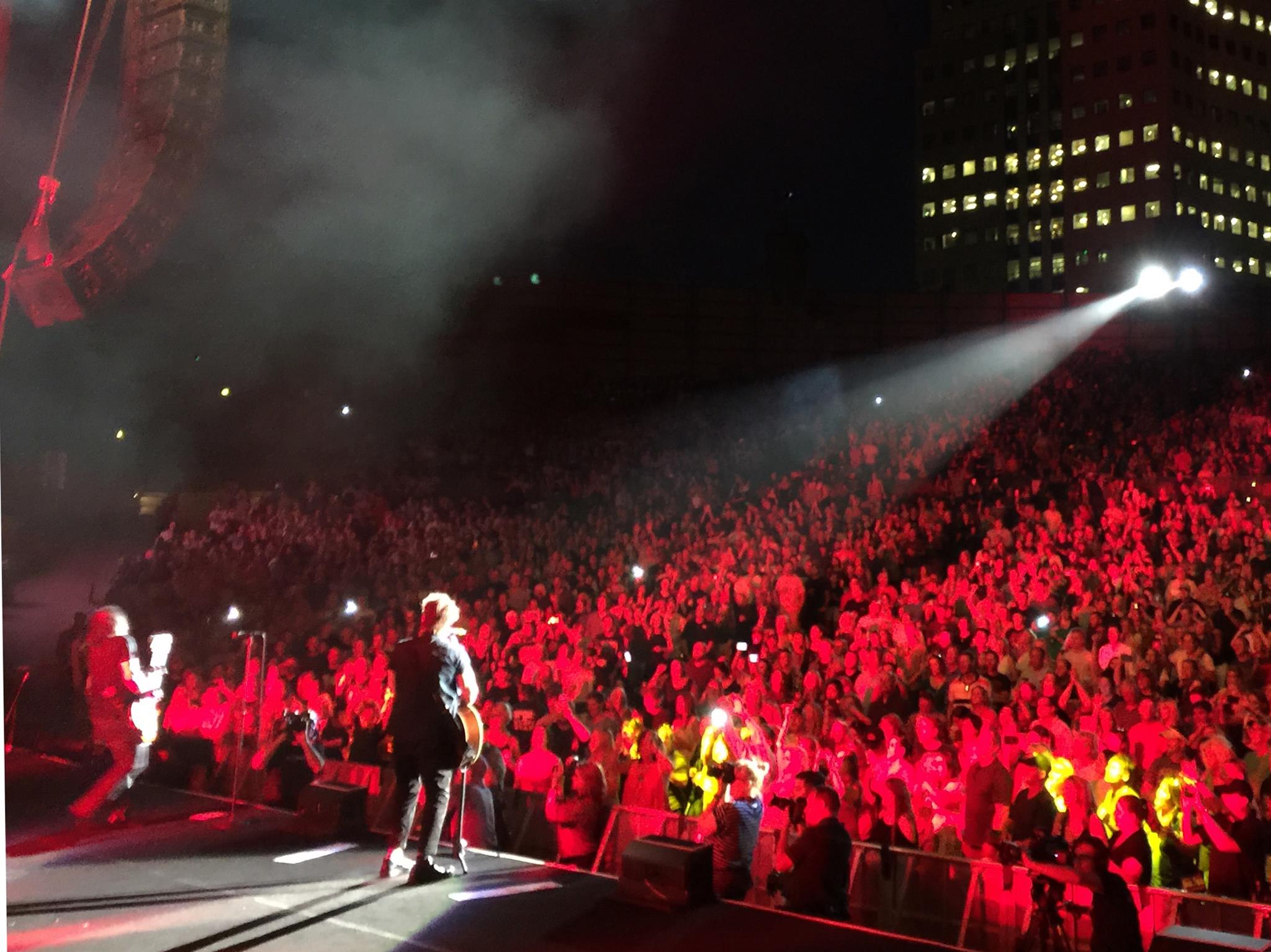 303: We’re looking forward to the upcoming Denver stop on June 20th at Fiddler’s Green. What can we expect from that upcoming Colorado date?

JR: I mean, playing in Colorado is always special. We’ve played Red Rocks a bunch and Fiddler’s Green and these are iconic places to play. It’s just always really good energy up there. Denver’s got its own vibe thing going on, so it’s always exciting. It’s beautiful there. That’s one of the places that I really love to be in the states.

303: Train AND the Goo Goo Dolls? That’s a pretty stacked lineup. How exactly did this come about?

JR: It’s something that we had always been wanting to do for the past 10 years. It was like “We should go out with Train! We should go out with Train!” and “Let’s put a tour together with Train, that’d be fun” and then everything just lined up finally. So we’re stoked about it. I mean, I love Pat Monahan. I think he’s an amazing writer. He is probably one of the best singers out there right now. I just love his voice. It’s going to be a lot of fun.

303: Any words for the Colorado fans?

JR: Thank you very much for coming out. We’ve been coming here a long time and we just appreciate it and I’m looking forward to having a great night out.