Hitting the drag scene only one year ago, Chanel Banks Misdemeanor is slaying the game. At only 20 years old, Misdemeanor is the youngest reigning Tracks Ultimate Queen All-Stars champion and in the small amount of time performing she has received national recognition. She dominates stages with fast-paced choreography and intricate hand-sewn costumes. Before becoming Misdemeanor, Romeo Sickler attended school at the Art Institute of Colorado for fashion design and gained skills he now uses to create Misdemeanor’s costumes and costumes for other notable drag queens such as the newest RuPaul’s Drag Race winner, Yvie Oddly. 303 Magazine was lucky enough to get an interview with Misdemeanor and ask some drag, life and personal questions. 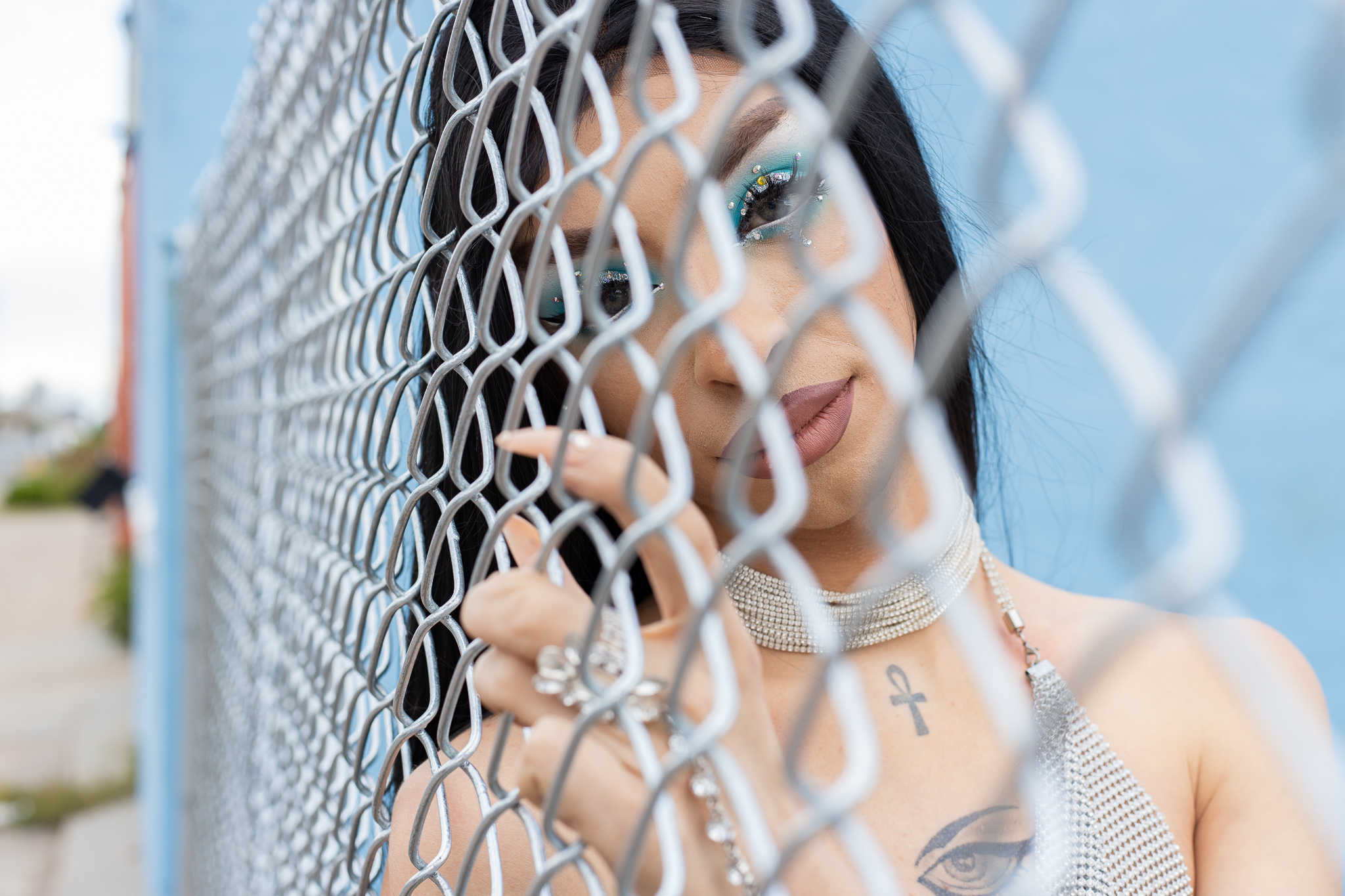 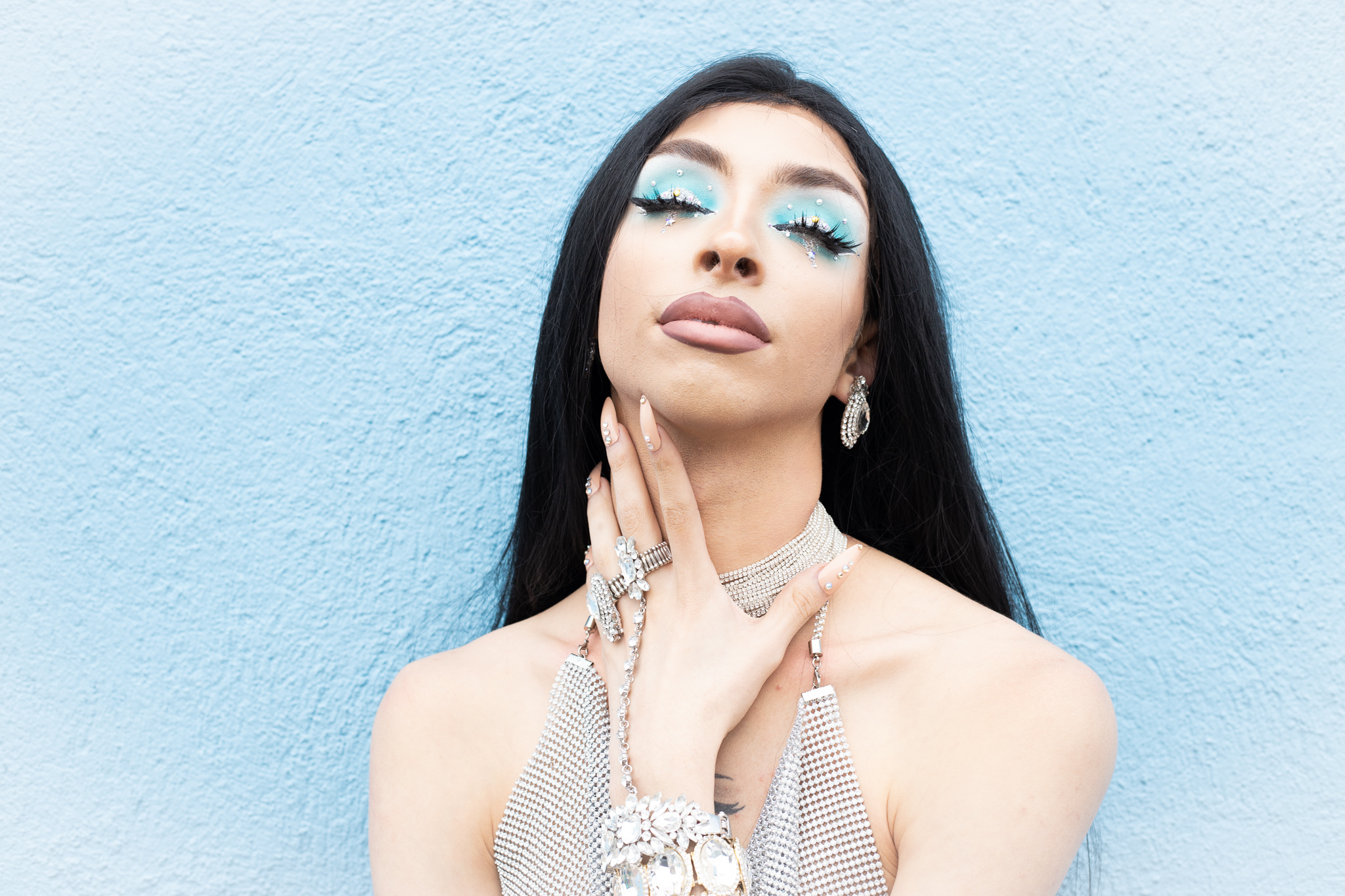 303 Magazine: What inspired you to get into drag?

Chanel Banks Misdemeanor: Believe it or not I never really liked drag. My mom would watch Drag Race all the time and I would be so confused as to why people wore that much makeup. It wasn’t until season eight of Drag Race that I finally saw a queen I thought was perfection. Naomi Smalls was the first drag queen I saw that made me stop and want to try it. I think Naomi was one of a kind at the time, specifically because of her choices. Naomi wore no fake boob inserts or pads and embraced her thin frame. I also think her MUG is the perfect mesh of Big Draggy makeup and that really pretty fish look. I was drawn to her because she literally looked like the women I looked up to — long-legged fashionistas with hair so long it touched the floor.

303: How did you come up with your drag name/persona?

CBM: My drag name is made up of a few pop culture references. Most people hear Chanel and immediately think of the iconic fashion house which in fact wasn’t where I got it all. A few years back FOX had a show titled “Scream Queens” and the main character’s name was Chanel. Her character was too boujee to give a damn and was always dressed to the T’s! Banks comes from Rapper and Twitter thug Azealia Banks. Azealia isn’t known to be kindest to the LGBTQ+ community but I always admired her music and work. As for the Misdemeanor, that was actually a given to me from my drag mother and Denver legend, Felony Misdemeanor. After A failed Ultimate Queen attempt, I was asked to join the house of Misdemeanor and I now carry the name too. So add a boujee boss babe with two female rappers and boom, it’s me!

Now as for my persona, little kid me always loved fashion and strong female characters such as Cher Horowitz from Clueless, Eve from Life-size and of course my mom. Studying fashion and constantly looking up to women definitely gave me an appreciation for those glamazons that ruled the world. That’s definitely the mindset I have when I’m in drag. My looks and aesthetics are definitely a mixture of Lil Kim meets a Housewife — I always have to be the tallest skinniest drink of water in the room. 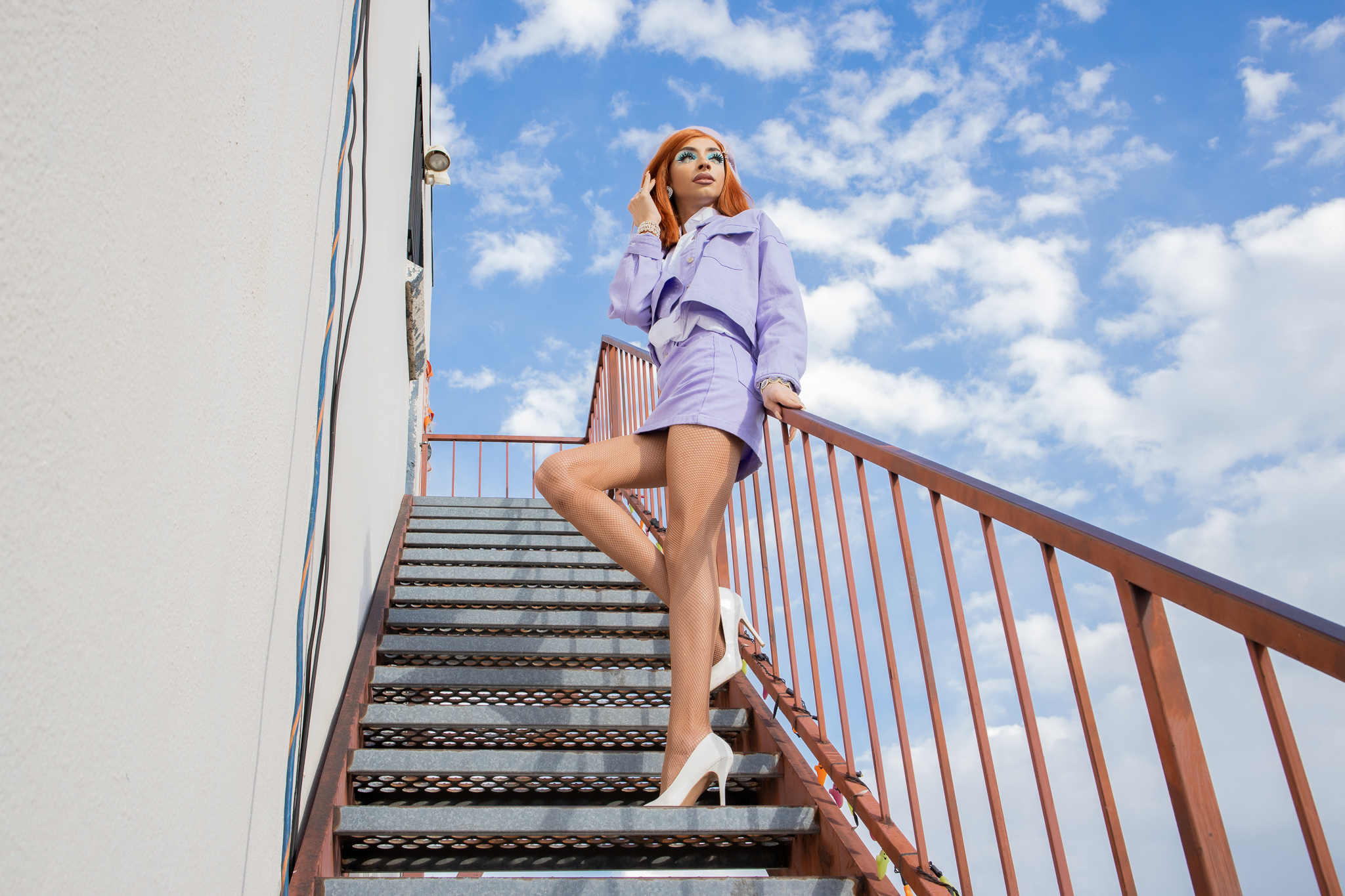 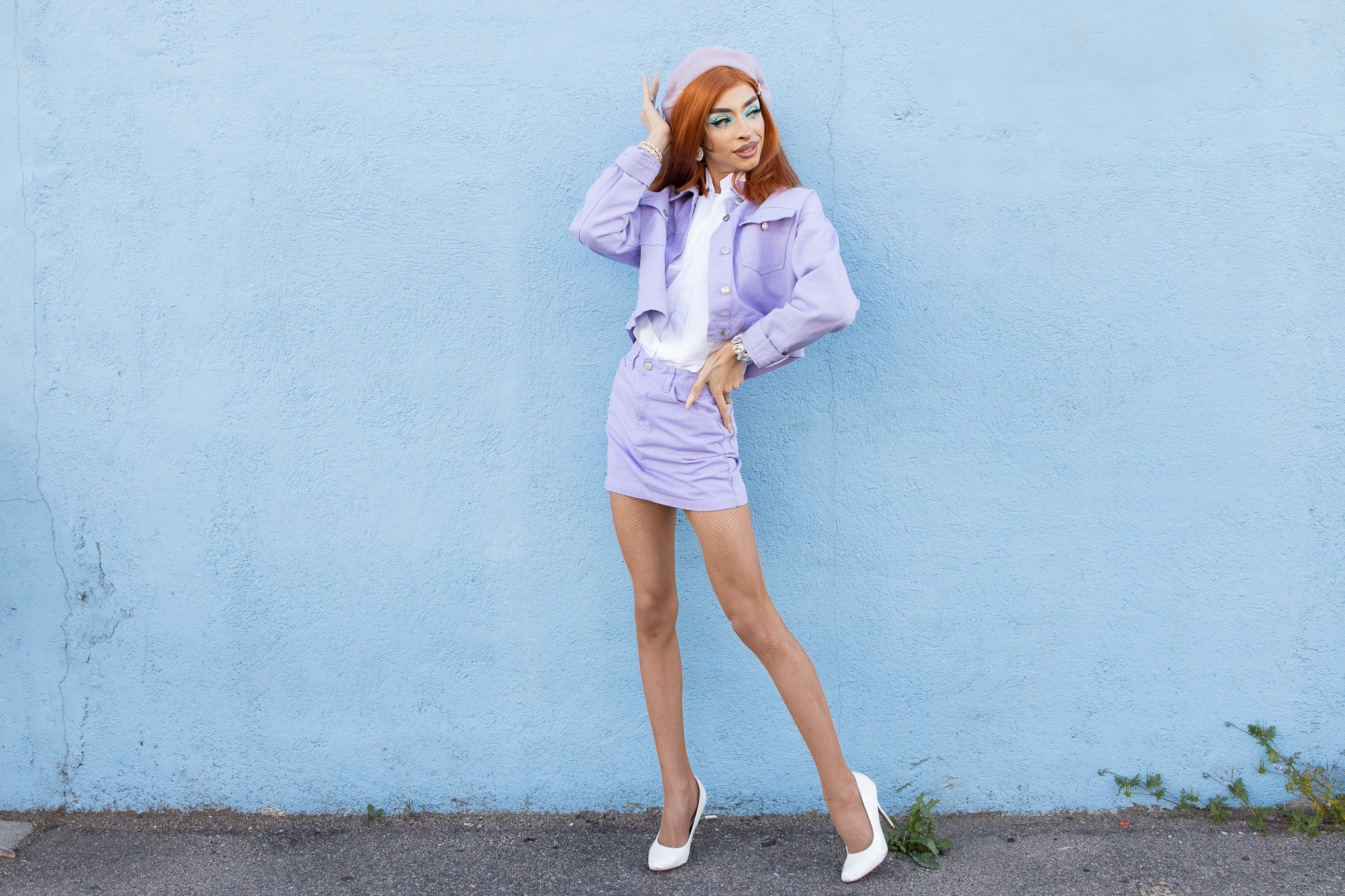 303: How have your other creative skills played a part in your drag career?

CBM: My creative skills have been a huge help with my drag! Prior to doing drag I only really painted and drew. Art was always something I was really good at and kept up with throughout the years. I always knew how to sew but I didn’t really get into it until junior year of high school. I would cut the elastic bands off of men’s underwear and make “designer” sports bras for all my friends. I think my past with being so good with a paintbrush definitely helped me out with makeup. I never started out ugly or busted when it came to my makeup. It all came easy to me. I guess I have never really saw it as a struggle. My sewing skills definitely helped out the most. I attended the Art Institute for about two years and on top of my own skills I learned so much and it definitely made making costumes easy. I make about 90% of what I wear so sewing is definitely staying with me for a while. I’ve also gotten so many amazing opportunities with my sewing abilities. I’m proud to say I am responsible for two iconic looks worn by Yvie Oddly. The Orange Alert runway and her first Lip Sync look of the finale.

303: How have things changed for you since winning The Ultimate Queen competition?

CBM: After winning the Ultimate Queen competition nothing really changed. I’m still too young to perform in most clubs so I couldn’t take too many gigs or shows. One thing that did change was I got a loyal band of haters. I’m the youngest queen to ever win at the tender age of 20 and I was only doing drag for eight months by the time I won. So I’m not sure if that was the reason why but I definitely learned not everyone is going to like you. All you have to do is keep going and ignore the haters.

I do get an overwhelming amount of love and support as well. I get messages from baby queens all the time asking for advice, tips and tricks. Starting out was hard because I felt like I had nobody to talk to. I want to make sure I lead a good example for future baby queens looking to get into this art form. Being the current reigning queen is a lot of pressure because I always need to look, act and be my best. Along with winning the crown, I get a monthly spot in Drag Nation which is the nation’s largest monthly drag show held at Tracks nightclub. It’s been such a joy being able to showcase my artistry on a stage larger than a clubs dancefloor. Every month I try to one up myself and push myself to be the best I can possibly be. Because that’s what winners do. 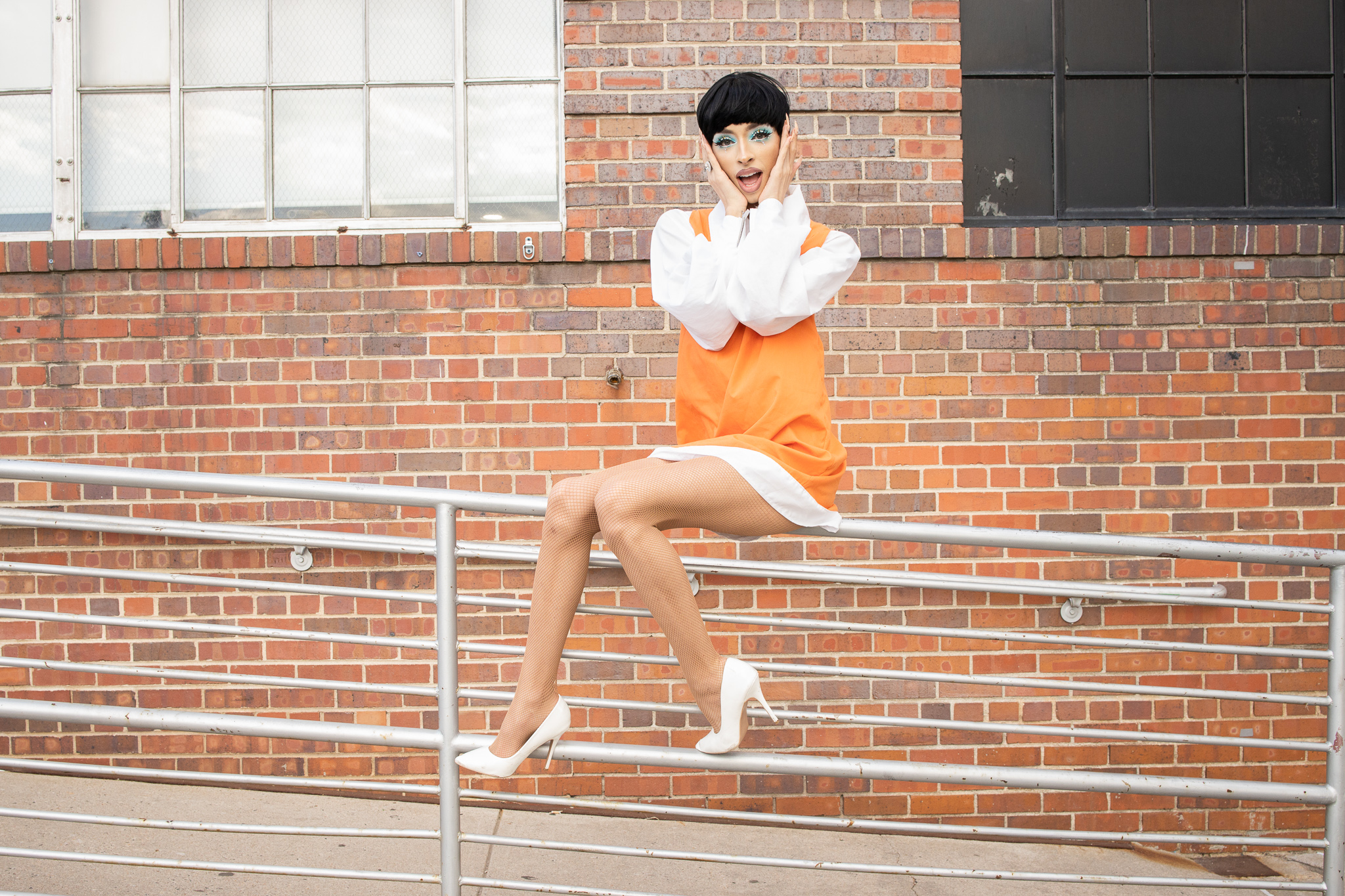 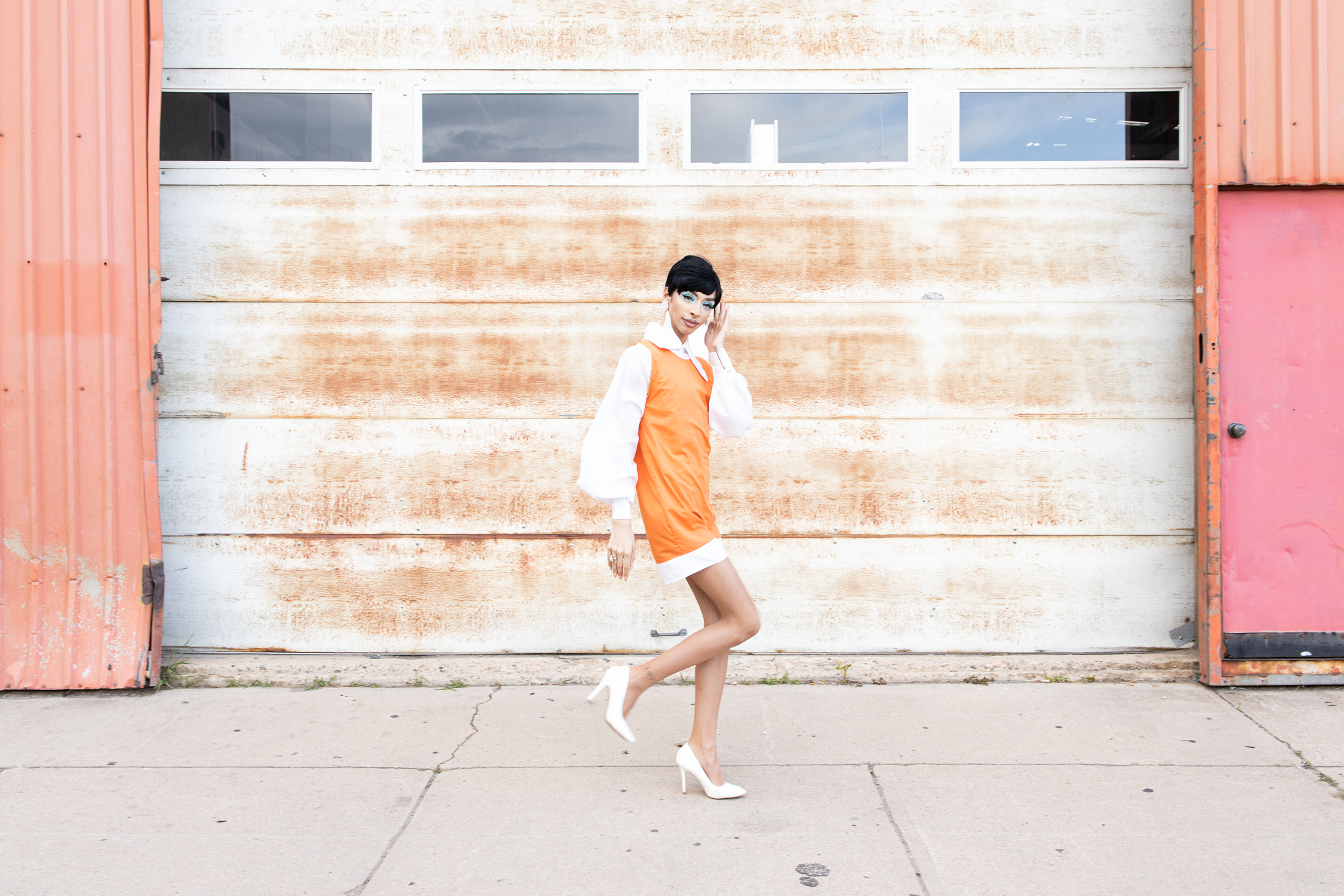 303: How important of a role do you think drag plays in the LGBTQ+ community?

CBM: I think drag plays such a special role in the LGBT community for many reasons. One really important being drag provides a platform for issues to be spoken about. Drag is more mainstream now than it has ever been in the past. So, when I see artists using their platform to speak up on issues that are constantly ignored I can’t help but smile. Also with drag being so mainstream, it has become an everyone thing. I love performing and seeing people smile. It’s probably my favorite part about being a drag queen. Our job is to put on a show and the good thing about drag is there are so many different aesthetics and styles, therefore, everyone will find someone they love and admire.

CBM: I’m very blessed to have the support system I have. I never really had to come out to my family. They just accepted me from the start. This is how I think it should always be. I feel like nobody should have to come out. At the end of the day you’re literally the same person your family knows and loves and who you decide to love shouldn’t be the deciding factor in your family supporting you. I know there will never be a time where we can all just live and not have to explain ourselves but that’s just how I believe we should all think. As for myself, when starting drag my mother was so down for it. She was actually super pumped when I decided to make the decision to finally perform. My mom is the mom for those who don’t have moms. She supports everything I do and does the same for others. I know at first doing drag was weird for my family because it was something I never spoke about, but at the end of the day, everyone loves and supports Chanel and Romeo.

I believe its most important to have a support system when doing drag. As I said, I didn’t have an easy time starting out with drag so I think by having your support system like family and friends are always super comforting. Drag is something you grow into, you’ll never 100% feel comfortable with where you are in your craft. Having those number one supporters always makes me feel safe, at home and is key to enjoying my life. 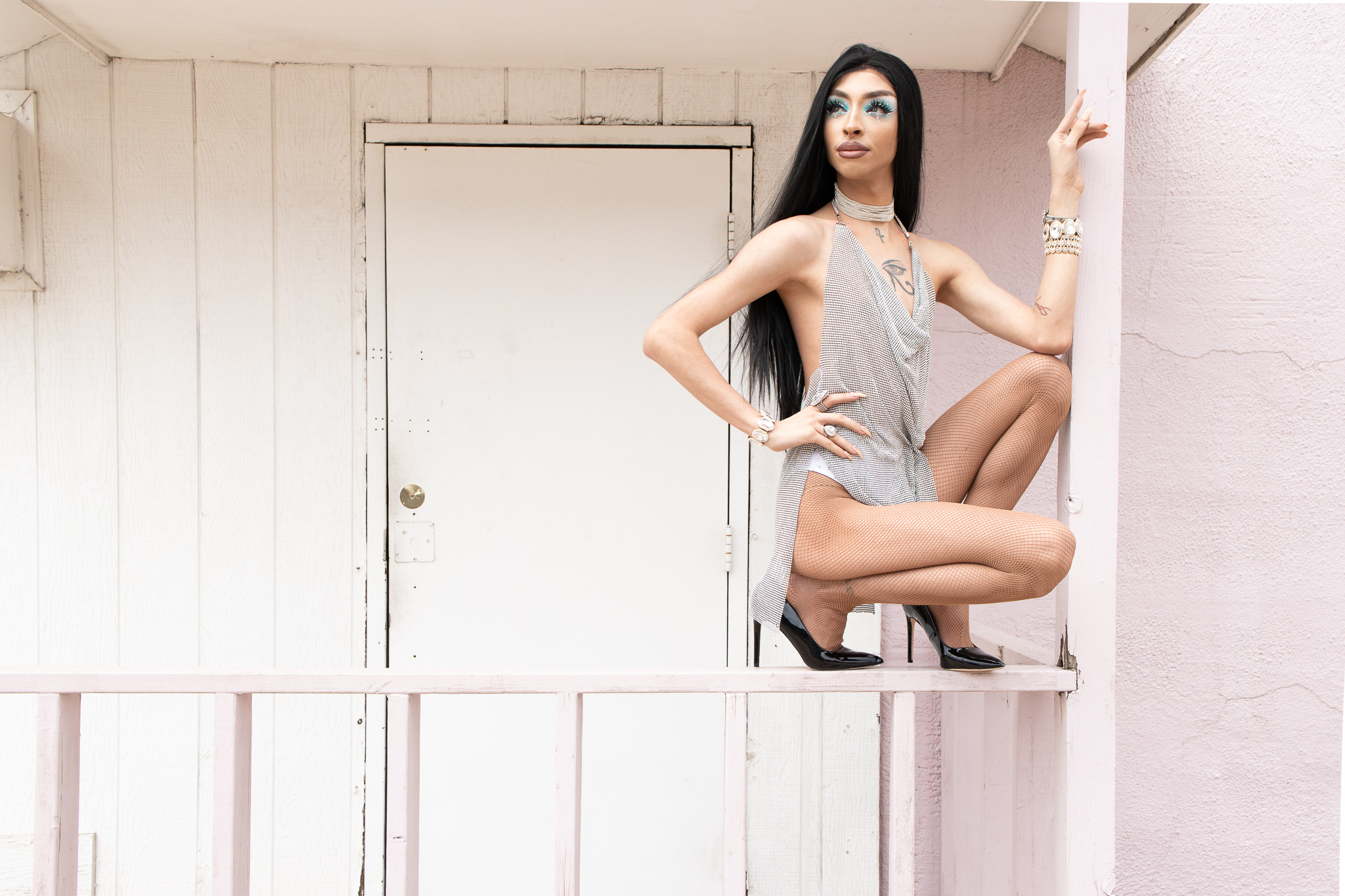 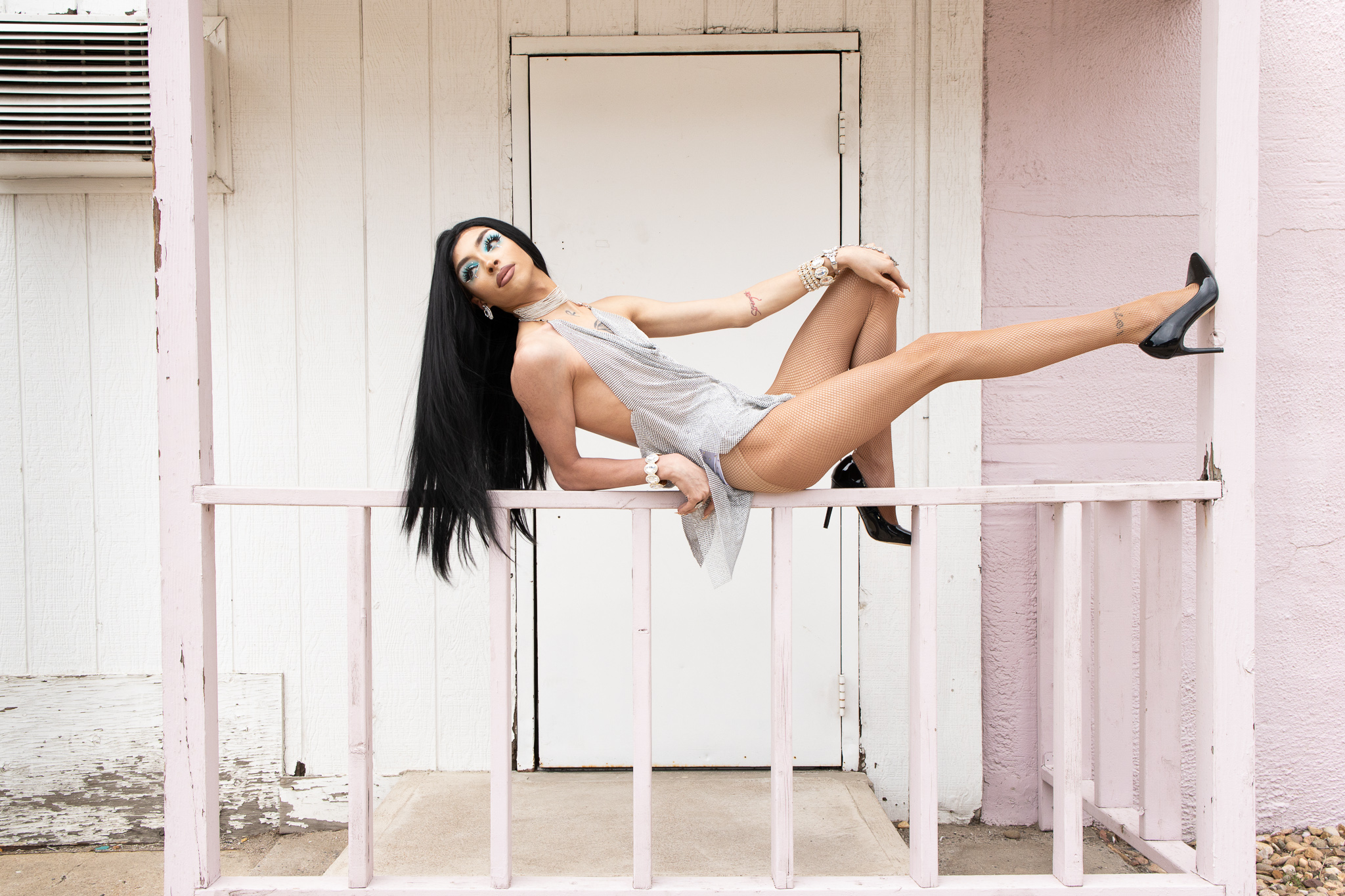