If you grew up watching or listening to Disney, the names Aly & AJ might have you feeling some type of way. “Potential Break Up Song” was arguably the only song that mattered in the summer of 2007. But that was 10 years ago and a lot has changed. Now, on the heels of their latest EP, Sanctuary, the girls have traded their Disney pop image for a more grown-up, sophisticated version, and we’re here for it.

303 Magazine got a chance to talk with the sisters before their performance at the Gothic Theatre this Friday, June 14. They talked about their upgraded sound, the heavy themes and underlining meanings of their new music and the strong support they have from the LGBTQ community, making their concert the perfect kick-off to Pride weekend here in Denver. 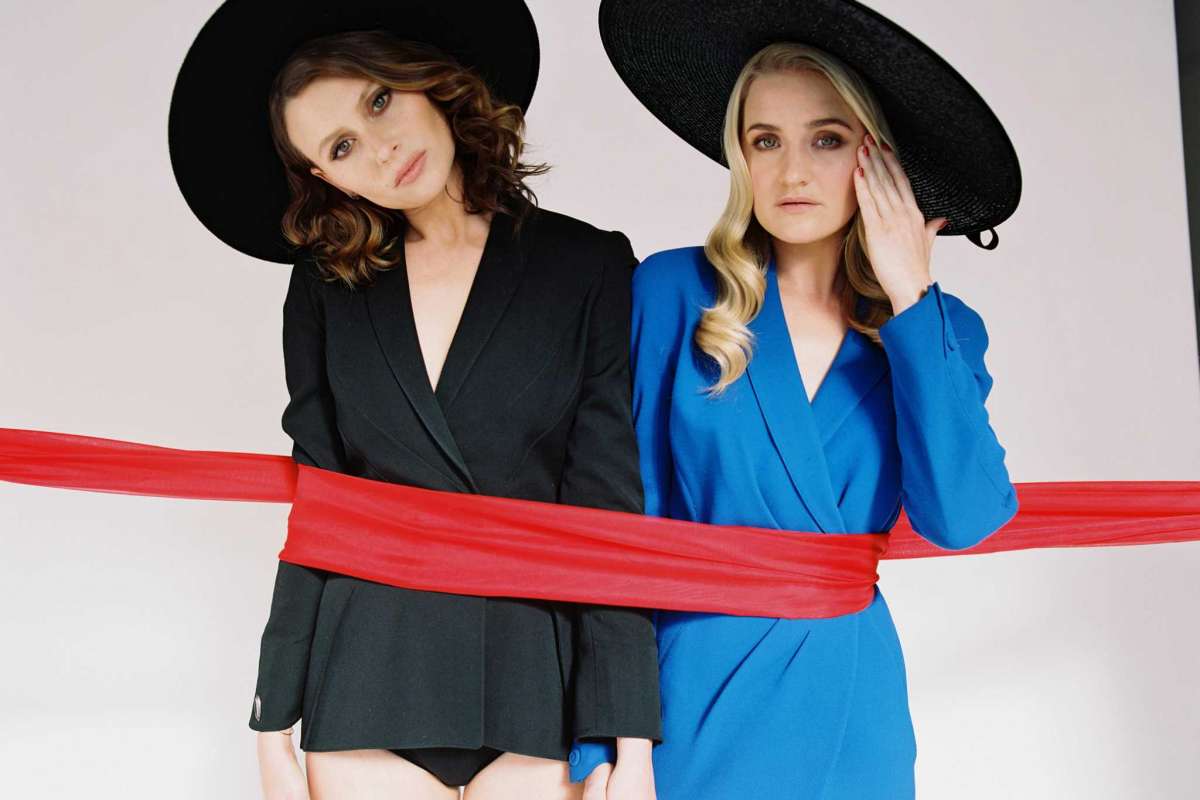 Photo by Parker Woods, courtesy of No Big Deal PR

303 Magazine: You have a day off today. What does that look like?

Aly Michalka: It’s actually not that exciting. It’s a lot of sleeping and finding some decent food to eat and resting our voices.

AJ Michalka: It’s pretty funny because today we experienced different days off, which usually we do everything together. Aly was like, I’m staying behind today, I’m going to relax and hang out in the hotel and I ended up at this insane indoor mall with tractors and fishing wire for sale and seafood and fake alligators. I’m in an entirely different world than Aly right now. So if you want to know what I’m doing, I’m in a tractor inside an indoor mall.

303: Well thank you for sacrificing yourself to a tractor for this interview! Coming back into the tour life and live performances, has it been kind of like riding a bike or was it harder than expected?

AM: It’s kind of like riding a bike. You do start to get into the groove of it, especially after a week or two. It’s really fun because most our set list is new music and then five or six songs from the past, so it’s still able to satisfy those fans that are looking to hear the old stuff. But it’s not for everybody. Touring is hard and you get kind of homesick and it’s tough living out of a suitcase. But it’s very rewarding, especially when you get to meet the fans and hear their reactions to music every night.

AJM: I feel like there’s such a routine to live performances but you definitely needs some days off. It can get very rigorous in the sense that you’re constantly moving from city to city. You don’t always know where you are. Your sleep schedule’s off, your eating schedule is off — it’s kind of like you work nights. You perform, you give everything you can to the fans and then you take a couple of hours to crash and come down from it all. And then you have the day to rest and take care of your voice and then you go back at it at night. So it’s a really interesting schedule. But I wouldn’t really want to do it with anyone else. [This tour] this year feels very comfortable and I feel like it’s a better live show than it was last year. So to me, as long as we’re getting better and better every year, then we’re doing something right.

303: Coming back into writing music after that 10-year break, did you know what you wanted your new music to sound like or was it something that developed the more you explored it and were in the studio?

AM: I think there’s definitely a difference in our sound and our musical style from the Insomniac and Into the Rush days to what we’re making now. It’s much more synth-based and it’s not quite as guitar driven. I think our inspirations in terms of our music inspirations are much different. We weren’t listening to quite as much ’80s synth-pop back then as we are now.

303: You both went through separate personal experiences and then came back together to make music. What did that writing process look like?

AM: That’s always been something that AJ and I have talked about and we’ve tried to tread lightly on just because we want the music to feel authentic. We did a lot of talking about that, especially on the 10 Years EP. We just said, look, let’s just get into that headspace that you remember me being in and you helping me get through it, maybe this isn’t something that you experienced yourself but you were around me when this was happening in my life and gave me advice. Sometimes you are almost playing a part or a character in some of these songs or in these stories and they aren’t necessarily all completely true [for you] but from one of our perspectives, it is.

AJM: It’s really cool too because Aly and I in a way, we’ve lived different lives, but at the same time we are so connected as one person that I feel like our writing comes from one brain even and we really just dive in. I think that’s the thing as a duo that you have to not overthink. When you get into the studio, it’s just about what ideas are going to be the strongest, what lyric is going to ring the truest to our fans and what melody is going to take this to another level. And from there it doesn’t really matter who’s experienced it, is as long as it becomes an experience for our fans.

303: What was it like getting back into the music scene in general?

AM: It was more about how music was marketed and publicized than anything. Streaming was not around when AJ and I released our first couple of records. It was just a different time and place. People were buying records and going into stores and physically buying a CD but that’s no more now. We had to do a lot of education on our own part to make sure that we felt up-to-date and how to best publicize this music and how to share it properly. But it’s been really cool to see that this music can reach so many different people across so many different countries. It’s a huge positive to the streaming world. 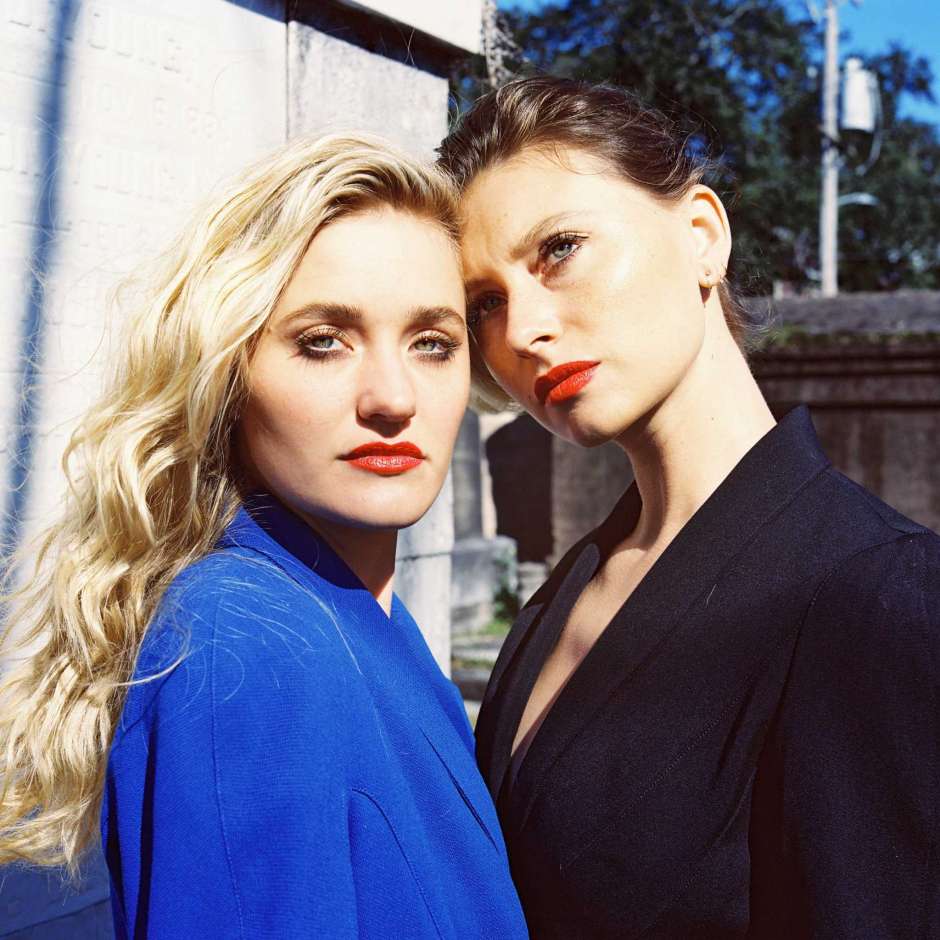 303: For this tour, you are teaming up with the Trevor Project. Can you speak on that and why you chose it?

AM: We ended up choosing the Trevor Project because one of our best friends who came out to us at a young age introduced us to them and we knew how important they were as an organization to him. We felt like we have so many fans that are in the LGBTQ community and so many fans that are allies of that community that could use the extra education of what the Trevor Project is all about and what they’re doing.

AJM: I think the goal every year while we are on tour is to not only give to our fans what they want to hear, which is this live music, but also to hopefully provide something a little deeper. It’s been really apparent that we do have a really big LGBTQ following who have followed our careers for years, from being a closeted kid listening to “Rush” or “No One” or “Chemicals React” to now being openly gay with their boyfriend or their girlfriend at a show of ours. It’s really moving to see that people are really comfortable at our shows and proud to be who they are. And I think something like a Trevor Project just opened that space up even wider.

303: As artists, you have this huge platform to speak on issues that are really important. Have you found more artists utilizing this and speaking up or do you think they may be scared of upsetting some of their fan bases?

AJM: I think the reward outweighs the risk, that’s for sure. I think at a certain point I have to say, I don’t really care who this affects in the sense that I might lose fans, but I’m doing what I believe in. I really think that there are so many other artists out there that have a huge platform that I wish they would use in bigger ways, but it looks like people are getting the picture now, which is great. I hope that kind of trend continues.

303: Sanctuary focuses on a lot of different themes, including mental health, equal rights and the #MeToo movement. Have you found it harder to write these songs versus a fun, upbeat pop, love song?

AM: Honestly, I feel like they’re easier for us to write.

AM: AJ and I struggle with the light ones in a weird way.

AJM: The light is fun and fluffy and yes, I understand we’re making pop music, but I do believe that there is a space for deep pop music and I hope that Aly and I can kind of infiltrate that space as much as possible. I do think it’s kind of what we do best — that ” inspirational pop” is what I’m kind of calling it as of today. So far everything we’ve written, especially for the Sanctuary EP came really naturally and it was exactly what we needed to communicate at that time. So nothing felt forced.

303: What’s your favorite song to perform live off of the new EP, Sanctuary?

AJM: I would say “Sanctuary”, the title track is probably my favorite song to play live. There’s just an energy to it with the crowd and it’s really simple lyrically. So I think the crowd feels really connected to it immediately. And it’s a fun song that kind of ends our set and leaves things on a really high note.

AM: I think my favorite song from this new collection of music would be “Sanctuary” as well. And then from the 10 Years EP, I would say “Take Me.” Something about the way that the fans react to it and sing along, that’s really incredible.

303: “Take Me”, at the time it came out, it was a personal anthem for me but it’s very different from your Insomniac or Into the Rush albums. Do you find your fans relating to your new music as much as your old?

AJM: I think so. We’ve had so many fans just after a show or even during a meet and greet before we go on stage, that have said, look your old lyrics I connected with as a kid and now I connect with your new lyrics as an adult. I think to sustain the kind of fan base we have for this long is really impressive and but also really gratifying. I think fans feel like they’ve grown up with us in a sense. And that’s really powerful.

You can see Aly & AJ live on Friday, June 14 at the Gothic Theatre and can purchase tickets here. To learn more about the Trevor Project and how to help, visit thetrevorproject.org