“UMS is a strong representation of all types of music. This year’s lineup of national and local bands was strategically designed to showcase the volume of musically talented individuals Denver has grown while also inviting some national acts to crash the party. Denver’s music scene is growing and shaping into something special, something worth putting Denver on the map as a nationally recognized ‘music city.’ We have put our heart and soul into ensuring UMS helps grow that positive image for all Denver artists while keeping the soul of this underground music community alive,” says Tobias Krause, Event Director of The Underground Music Showcase. 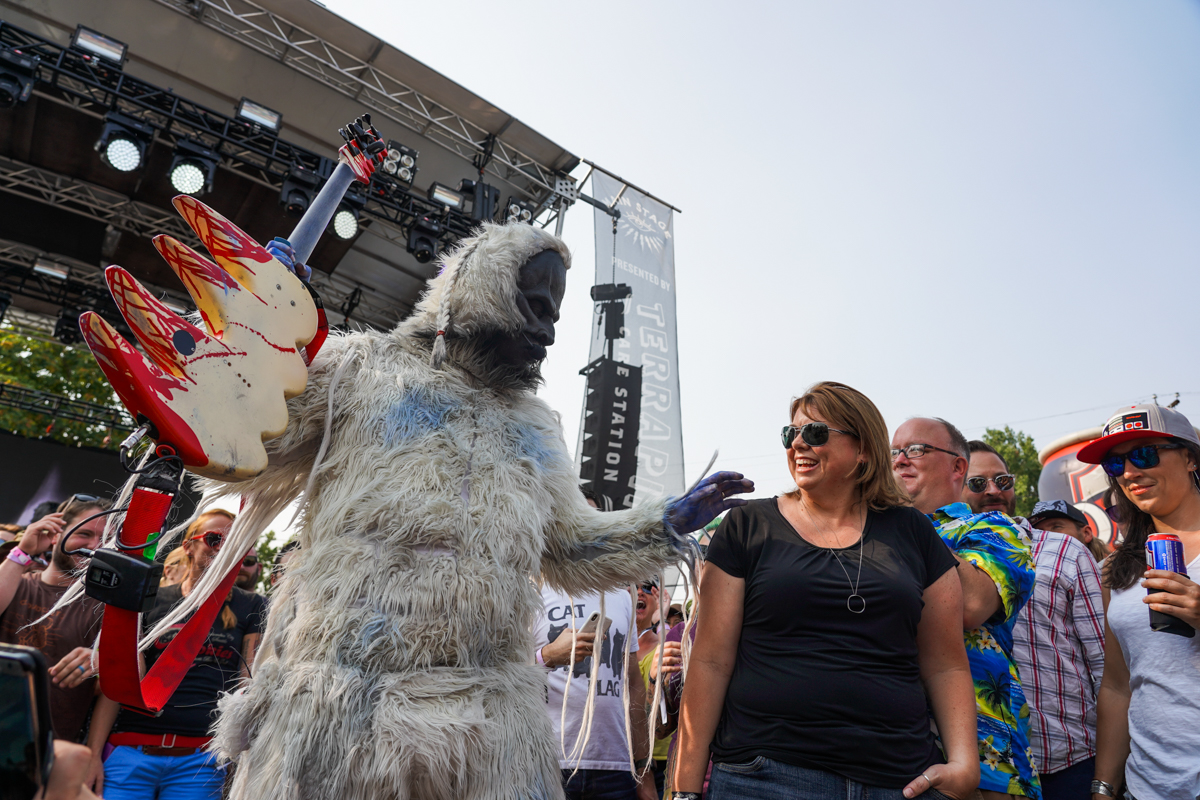 This year marks the second consecutive year that Denver experiential marketing agency, Two Parts will helm the weekend-long festival. Last year, revamping the festival from its humble beginnings, Two Parts breathed new life into UMS, transforming it into a formidable festival in its own right. Last year’s edition notably featured immersive stages and surprise pop-ups, comedy and some of the best music Denver has to offer.

Check out the full lineup below: 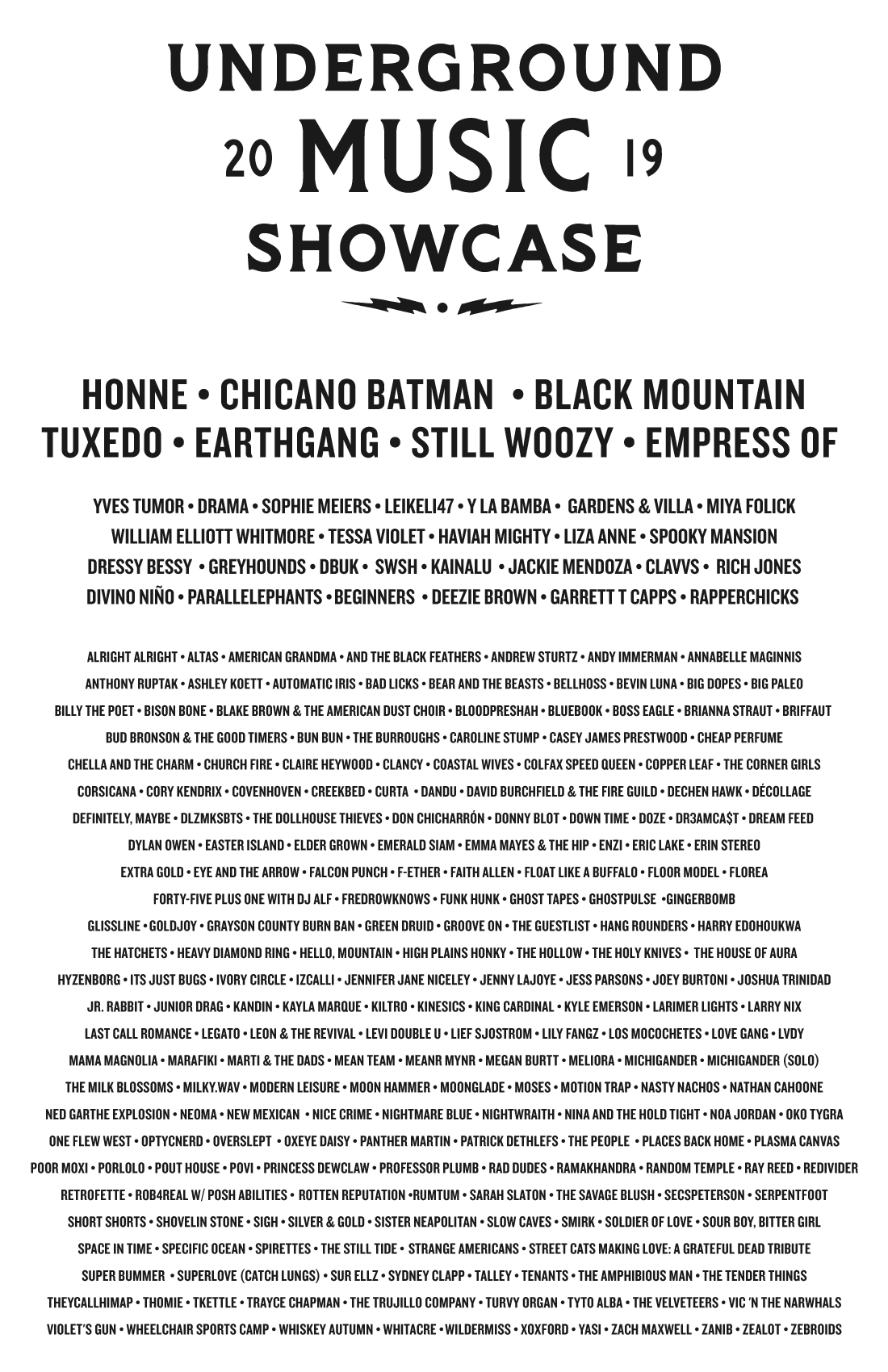