The notion probably never entertained your mind, but last Thursday we all found out that former country and now world-famous pop star Taylor Swift has recently set her eyes on the art world — street art specifically. Until this past month, Swift has been under the radar since the end of the “Reputation Tour,” but fans started speculating Swift might have a seventh album to drop when she began a countdown to “4.26” on her Instagram account by posting pictures of purple and pink glitter hearts, butterflies and other imagery you might find in a nine-year-old’s diary. 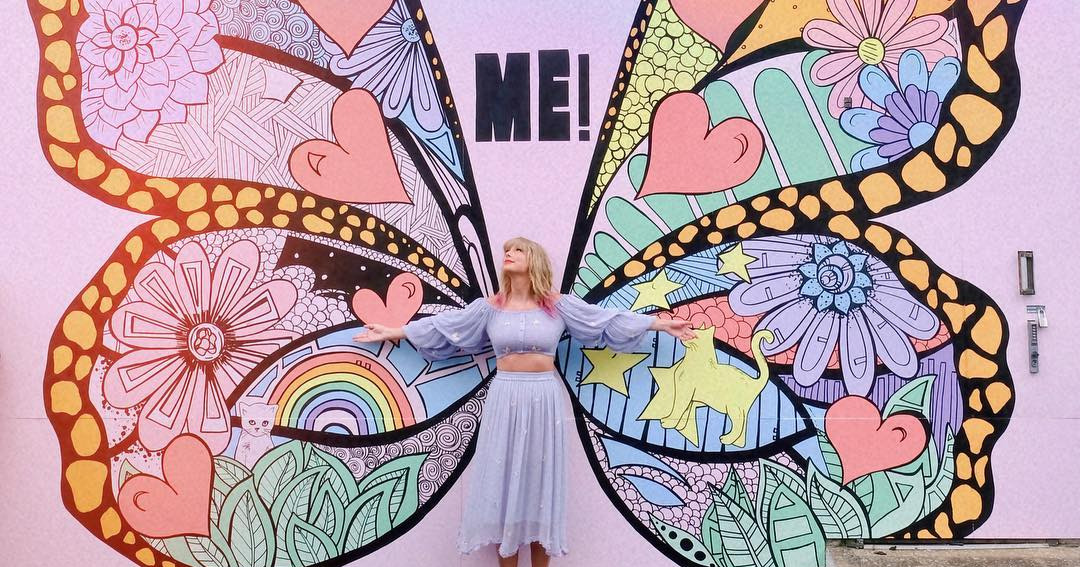 On Thursday, Swift made a public appearance in Nashville’s Gulch neighborhood in front of an art piece she secretly commissioned by Colorado-born muralist Kelsey Montague. Montague’s 22-foot-tall pair of butterfly wings she designed for Swift use colors and imagery Swift hinted at throughout her countdown, so only fans in the Nashville area who knew about the mural made the connection and were there to meet the star before she released a music video for her new single “ME!” Of course, it went live on YouTube at midnight on April 26. 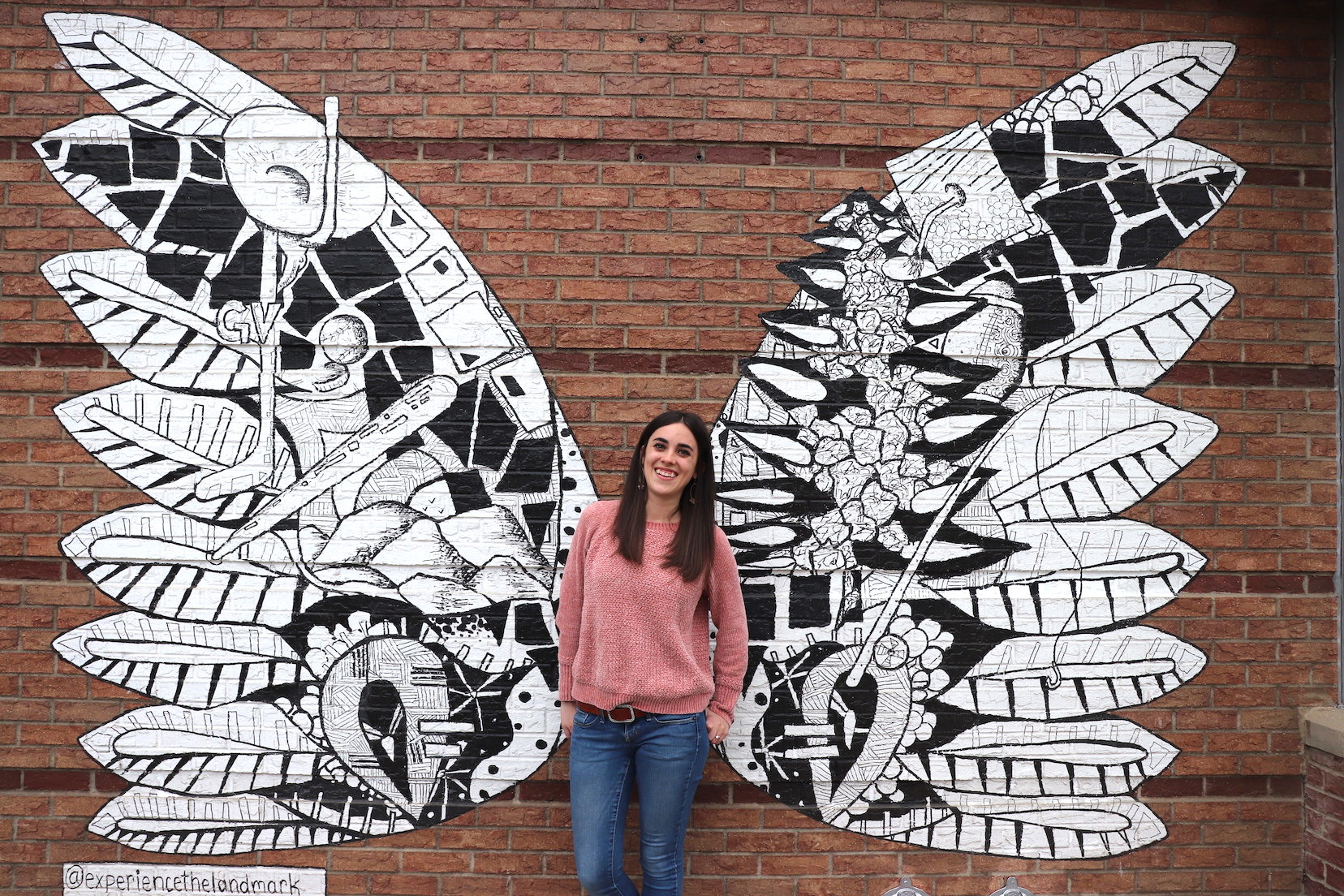 Kelsey Montague Art at the Landmark at Greenwood Village. Photo by Marissa Kozma.

Montague’s street art murals, which are now becoming even more viral after last week, are part of her #whatliftsyou campaign. It’s an art project she began back in 2014 aimed at inviting people to become “living art” themselves by encouraging them to jump into her pieces. Montague said the idea to become an interactive street artist began after a pair of angel wings near her then-home in New York City went viral after Swift posed with them on Instagram in 2014. She was in Denver when she got the news her mural had become famous.

“I walked into my family house and just sank to the ground. I was on my phone and getting tagged in a lot of comments. It just such a cool moment because it filled me with a lot of hope. Like a bell went off for me personally. I started to figure out what I wanted to do as a creative at that point,” Montague said.

Originally from Littleton, Montague credits her artistic upbringing in Colorado for starting her on her creative path. Her grandfather was an art teacher at the University of Denver and many other family members have art businesses and are painters in the Denver area.

“I’ve been drawing since I was a kid. I think I was five years old when I picked up a pen and did a profile of my dad at a baseball game. I think it was a Rockies game,” Montague said.

But it wasn’t until she started posting on Instagram and recognized the social buzz surrounding her pieces that Montague felt she had found her calling.

“It [Instagram] opened up a lot of doors for me. I could draw something and share it directly with people. I didn’t have to go through an art gallery or anything. Doing that first interactive piece was so big for me. I loved the reaction and I loved the fact that it was such a public art piece. It was something I never considered before. I never thought I could make a whole career or business with it,” she said.

Montague has a number of murals in and around Denver including two in her hometown. She has created more than 270 murals worldwide. Some of the murals Montague has painted in Colorado no longer exist, while others have been painted over more than once with different interactive visuals. While many of the locations include her popular, post-worthy angel and butterfly wings, Montague has also painted mermaid tails, giraffes and other whimsical, fantasy-driven designs in black and white and rainbow colors. According to Montague, each mural is meant to represent the community it’s in. She also spends time choosing color schemes and imagery to reflect the mood and feel of a geographic location before the painting process begins. The reason is that she wants to give art back to the people that live near it. 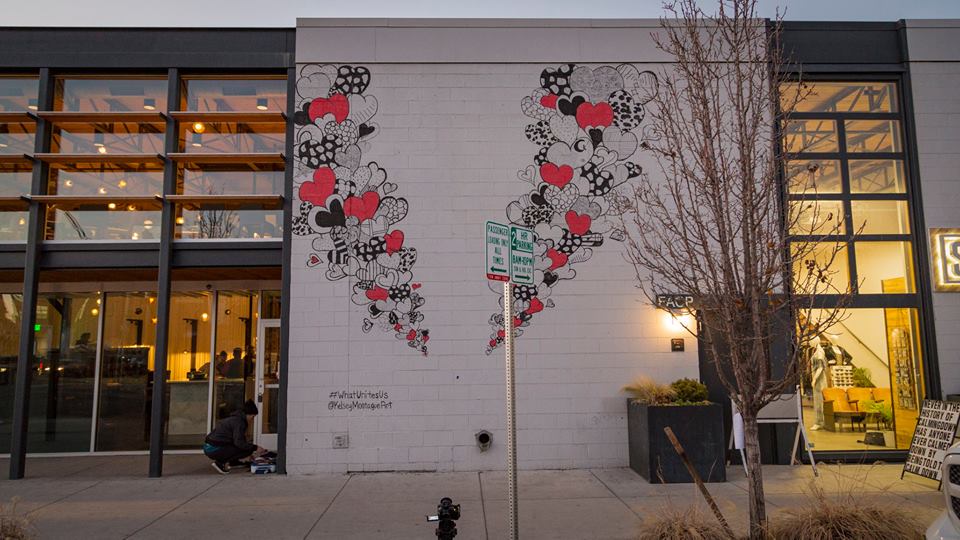 Montague mural in RiNo in 2017. Photo courtesy of RiNo Art District on Facebook

“The biggest inspirations I have for art are usually getting to know people and seeing different communities. I like creating for other people. I like passing it over to a community and letting them take over and letting them become part of it. They take ownership of it,” Montague said.

While Montague creates many pieces with one central symbol to reflect a community (for example, a cactus in Phoenix, Arizona), she says that her popular butterfly and angel wings are more than meets the eye.

“I hide a lot of images within my murals. So for example, if you go to Nashville and look at a pair of angel wings I have at the Gulch, you’ll look closely and find there are cowboy boots and guitars and all these images that represent that community,” she said.

The recent pair of butterfly wings commissioned by Swift was designed to hold clues leading up to the pop star’s new video, but Montague admits she didn’t know that was the intention for the piece until Swift walked out in front of them.

“I was working with ABC. I didn’t know Taylor was a part of it until she walked up. They [ABC] gave me a rough idea of what they were looking for — stars, hearts and rainbows — and I actually just thought they were picking stuff that I liked to draw,” she said.

“It was definitely right up my alley. I had my hopes that it had to do with her but it was a really great surprise.”

The mural didn’t last long though — just like some of Montague’s other pieces. Swift’s commissioned butterfly wings were taken down a week after they were put up in Nashville and one of her previous Denver murals in the RiNo Art District — the bustling hub of street art in the Mile High City — only existed for 18 months on Larimer near 26th until it was removed for CRUSH, Denver’s urban art festival. The impermanence of her work though is just part of the job.

Swift’s piece, in particular, was never supposed to last forever.

At our current count, there are seven Montague murals still in existence in and around Denver. Which means you don’t have to visit Nashville to pose like Swift and live out your dream after all.

Kelsey Montague murals in Denver and the surrounding area are located at: 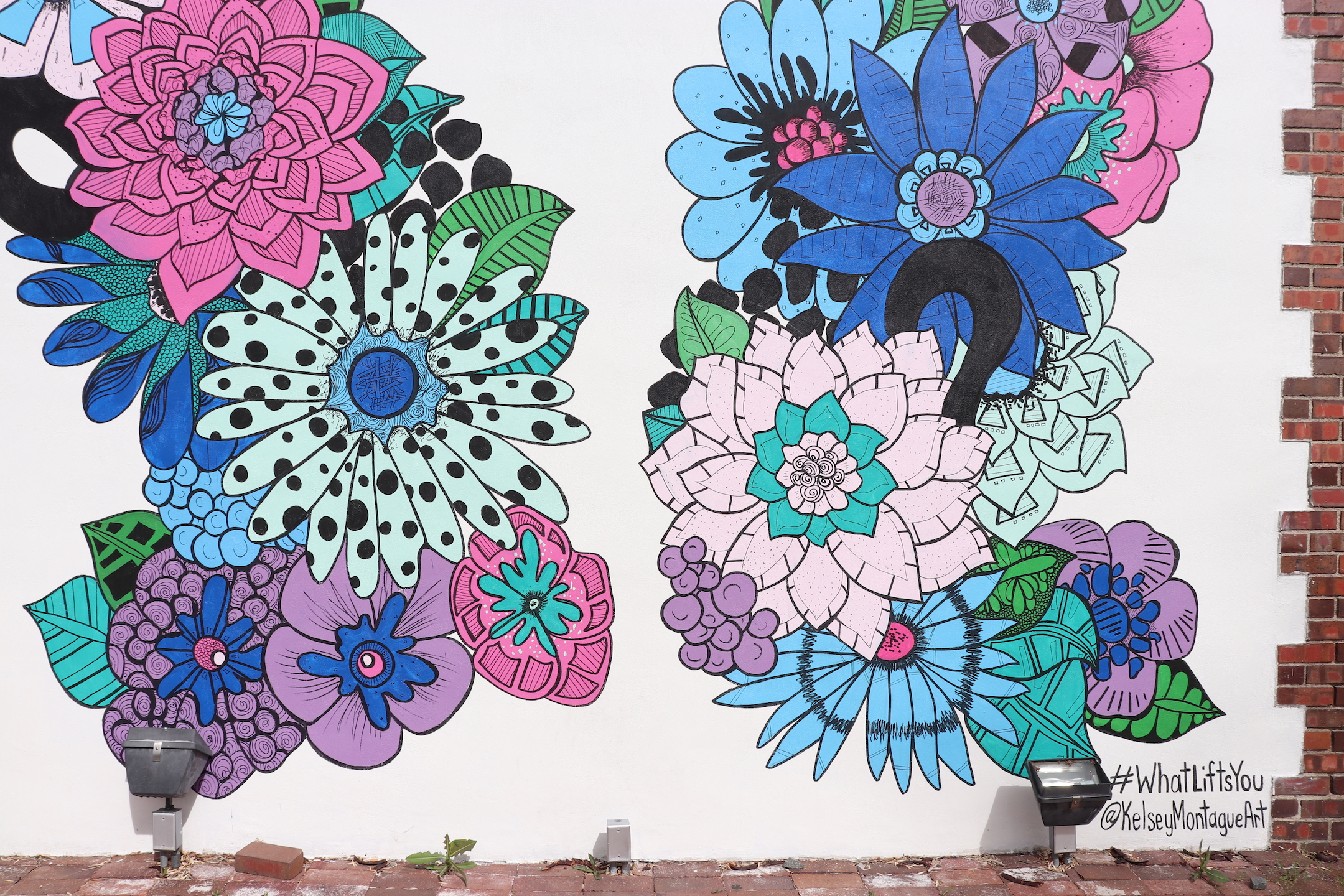 Street art by Kelsey Montague in The Highlands. Photo by Marissa Kozma.

For more locations worldwide, check out the World Map here.

This article was updated with an interview featuring street artist Kelsey Montague and updated to recognize her newest installation in RiNo that debuted on July 4, 2019.