Colorado Beers You Should Be Drinking This Summer

Summer is coming, we promise. The weather is going to get warm and it’s time to put away the big beers. We’re not saying you can’t enjoy huge bourbon barrel aged stouts but maybe reserve those for around the fire pit after the sun goes down. With the heat comes a change in your local breweries beer menu, it’s time for lighter more approachable beers that can be enjoyed in larger quantities. There are certain trends that are popping up as the new releases are getting announced each week. In a way, they are following in the footsteps of Hazy IPAs from previous years. It’s about bringing new people into the craft beer market, introducing beers that will tempt people to put down their wine or cocktail and see what craft beer is all about. You could call these gateway beers but that might be taking in too far. Don’t worry craft beer lovers, there’s something special coming your way too. 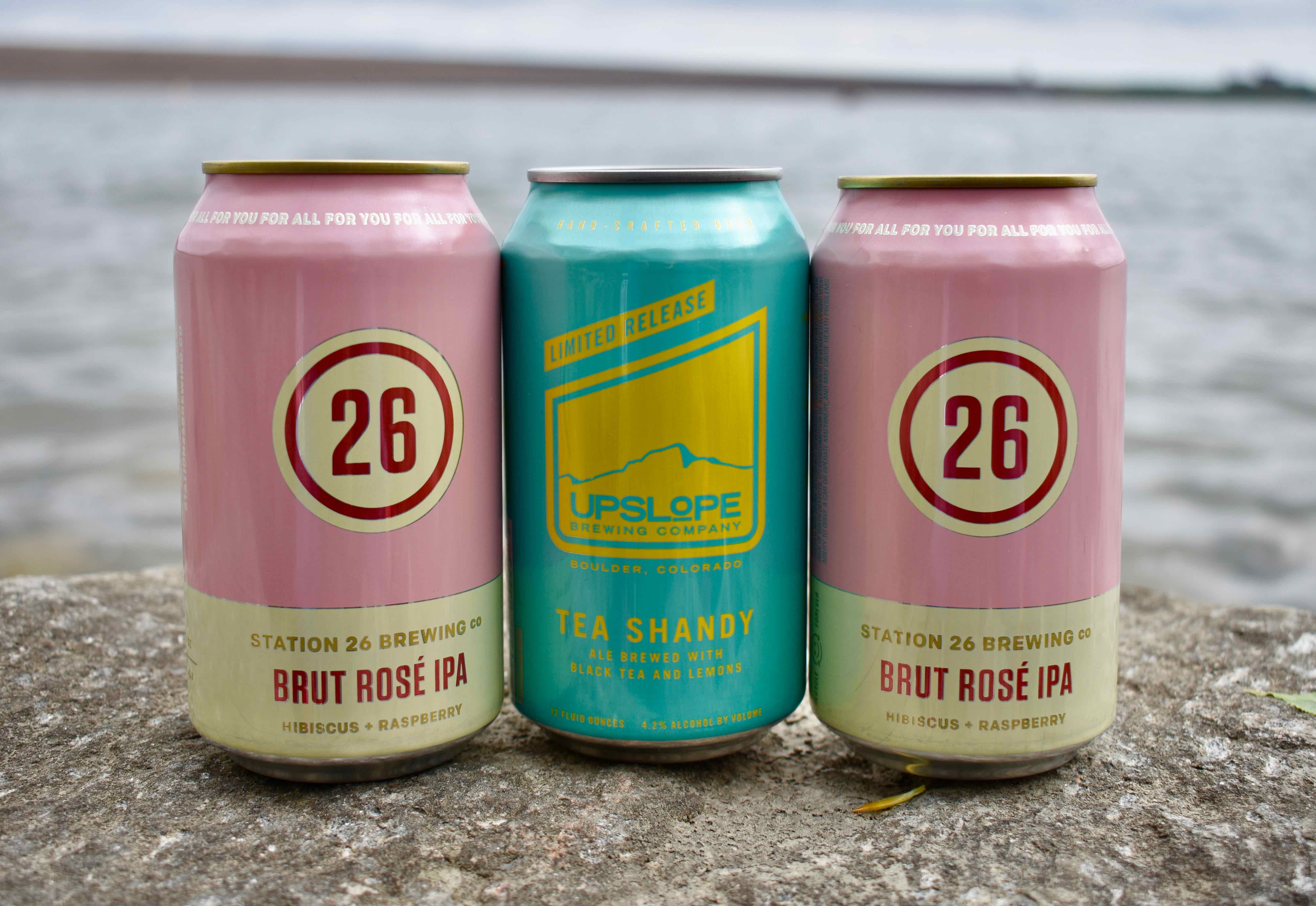 Rosé has come to craft beer, it’s a trend that is transcending all alcohol styles. Rosé gained in popularity because it’s light, easy to drink but has a nice flavor punch. Brewers took a look at that and thought why not? It started last year with Crooked Stave and the Sour Rosé, a wild fermented in oak with raspberries and blueberries. Two other breweries took what Crooked Stave started and mixed it with another booming craft beer trend the Brut IPA. The Brut IPA gained its popularity for being crisp, carbonated and incredibly refreshing — which is perfect for a Rosé base. Upslope Brewing released its Sparkling Rosé IPA which is a Brut style IPA with beet juice. This isn’t the first time we’ve seen beet juice in a beer, don’t let it put you off. Station 26 Brewing just released its Brut Rosé IPA, this one is made with hibiscus and raspberries. Oskar Blues Brewery brought Guns N’ Rosé to its lineup which is a Rosé ale with hibiscus and prickly pear. Don’t be surprised to see more and more of these Rosé style hybrids in the future, Stem Ciders has even joined in with its Rosé Apple Cider.

The Slush Is Staying 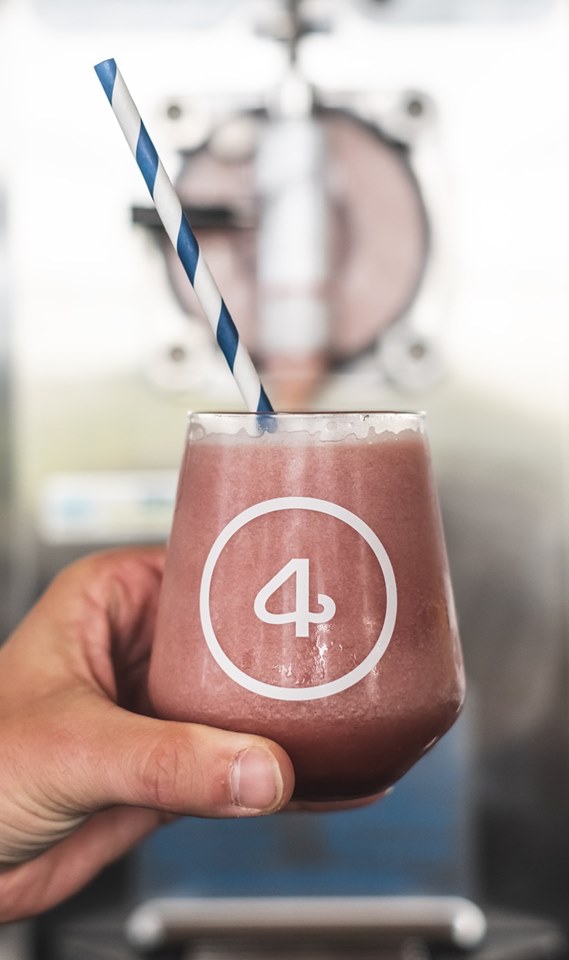 Frozen beer — for years it would have been considered blasphemy to say it out loud and now it’s trending. There is perhaps no brewery in Colorado more dedicated to this trend than Wiley Roots Brewing up in Greeley. Not only does the brewery have two slushy machines on site for special weekend frozen concoctions but it has released an entire Slush series, a series of sour ales that recently included blood orange puree, lemon-limeade, raspberry limeade and even purple slush which was made with grape drink packets. You know exactly what grape drink packets we are talking about, say hello to your childhood beverage in adult form. If you can’t make it up to Greeley we have spotted slush beers at these breweries, and in no particular order. Get your slush on at Something Brewery, Station 26 Brewing, Fiction Beer Company and Grist Brewing Company to name a few. We also can’t forget 4 Noses Brewing who just announced they will be serving up a Frosé Ale for its upcoming fifth anniversary this weekend. 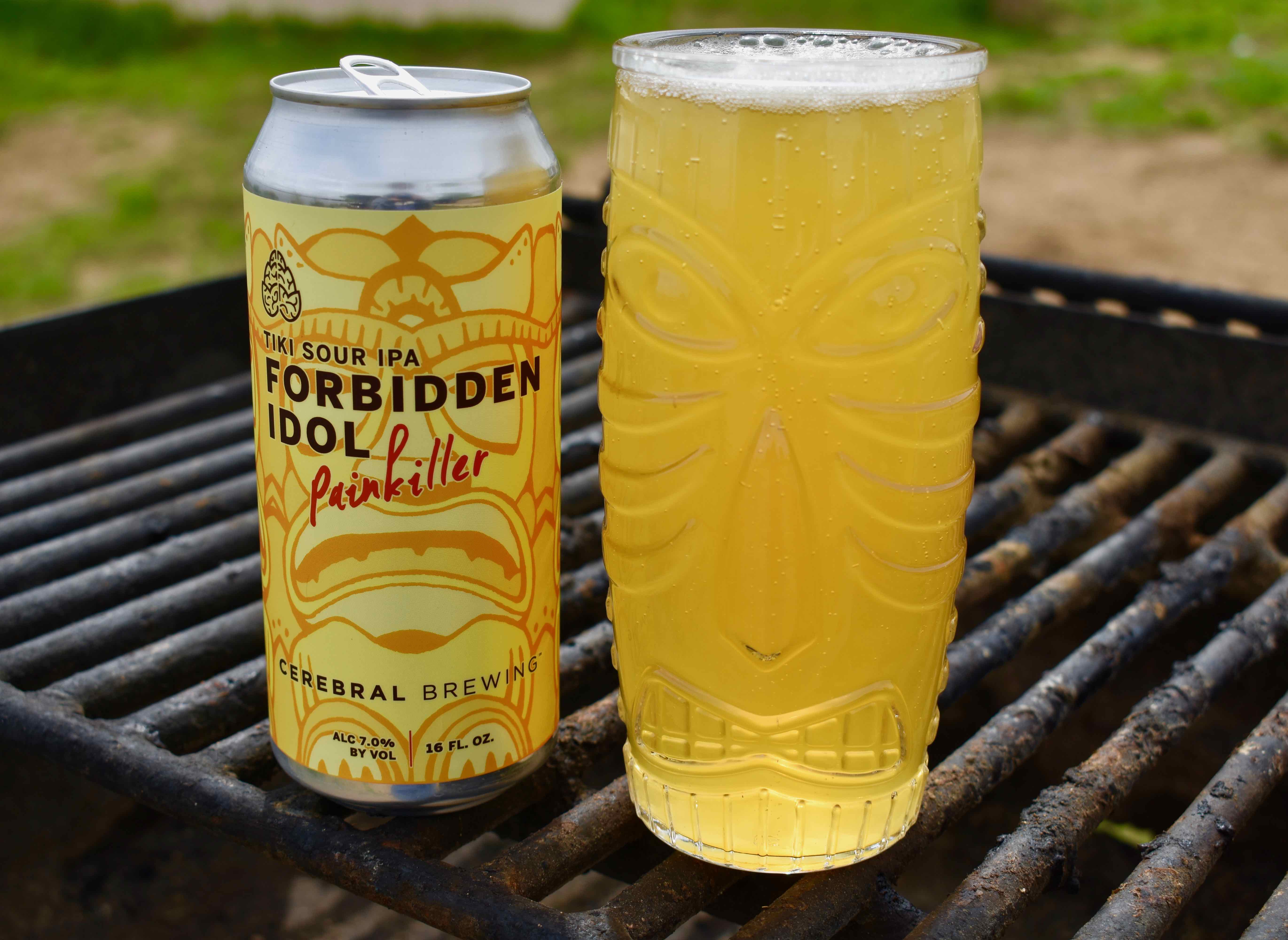 We have long asked for sessionable beers and it’s happening this summer even outside of the wine-beer hybrids. Not only are these beers low in ABV but they are taking on a decidedly fruity approach. If you aren’t into beer or even wine – these beers will entice you to take a chance. First up is the Radler a beer that at its core is a lighter style beer such as a Helles that is brewed with fruit puree. Get your hands on the Wibby Brewing’s Lightshine Radler if you enjoy raspberry lemonade. If that isn’t your thing you can check out the Roadie, a grapefruit radler from Great Divide, the Peach Beerllini Radler from Left Hand Brewing Company and Rocky Mountain Radler from Tivoli Brewing which features apple and ginger. Following the same style, there is the Shandy, another lighter style beer that is mixed this time with lemon or lime. This year’s Tea Shandy from Upslope Brewing is an ale brewed with black tea and lemons, a perfect way to end your hike or to enjoy while out on the lake. Last but not least, there is the cocktail beer — and no we’re not talking about hard liquor. Rather these are cocktail inspired beers, using similar flavors found in popular cocktails. No brewery is rocking that game better right now than Cerebral Brewing and its Forbidden Idol series. Inspired by Tiki drinks, these beers sound like something you might order on a beach in Mexico. The next release, coming up this Memorial Day weekend, is Forbidden Idol: Castaway, and while it’s a sour IPA it features coconut, pineapple, lime, almond and vanilla. 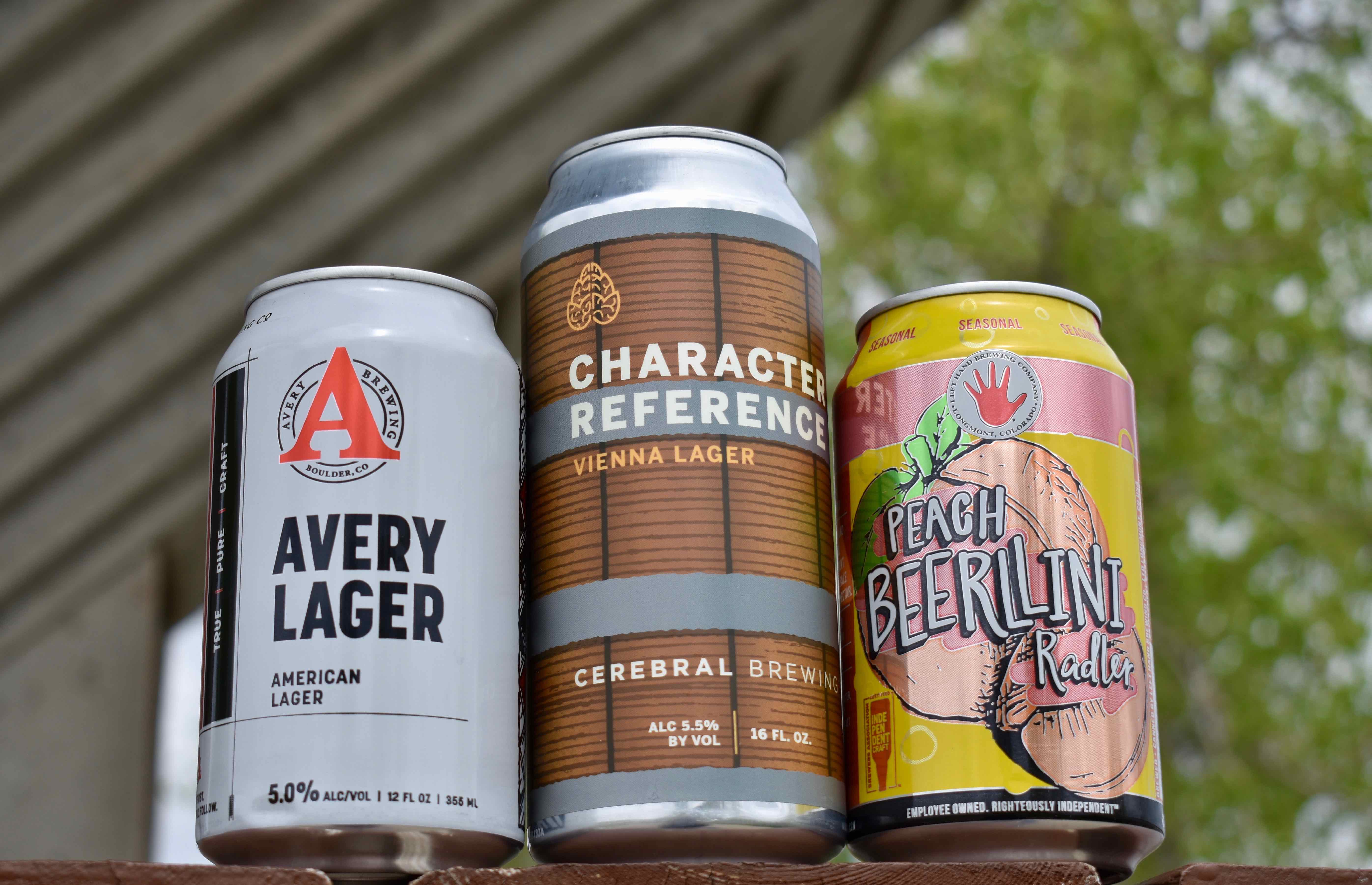 With sessionable beers trending it’s going to be a great summer to crush beers. Crispy light pilsners and lagers are a staple in the macro world of beer and this season are reasserting themselves in the world of microbreweries. If you don’t already, you should know about the Slow Pour Pils from Bierstadt Lagerhaus and of course Mama’s Little Yella Pils from Oskar Blues but this year there is more. 4 Noses Brewing Company canned Zwicky P which is an unfiltered zwickel style pilsner, and is peak crushable. If that’s your thing you will also want to make the trip to Fort Collins to Zwei Brewing Company. Cerebral Brewing is also in on this trend with its series of Foeder beers so far featuring both a Helles and Vienna Lager. It’s a nice twist on throwback traditional styles of light beer. Even New Belgium Brewing is getting in on the trend with the introduction of a new premium lager called Mountain Time. We can’t forget about Avery Brewing Company and its standard lager, its 12 ounces you can take anywhere. It’s more than being a light beer, it’s about being a flavorful light beer. 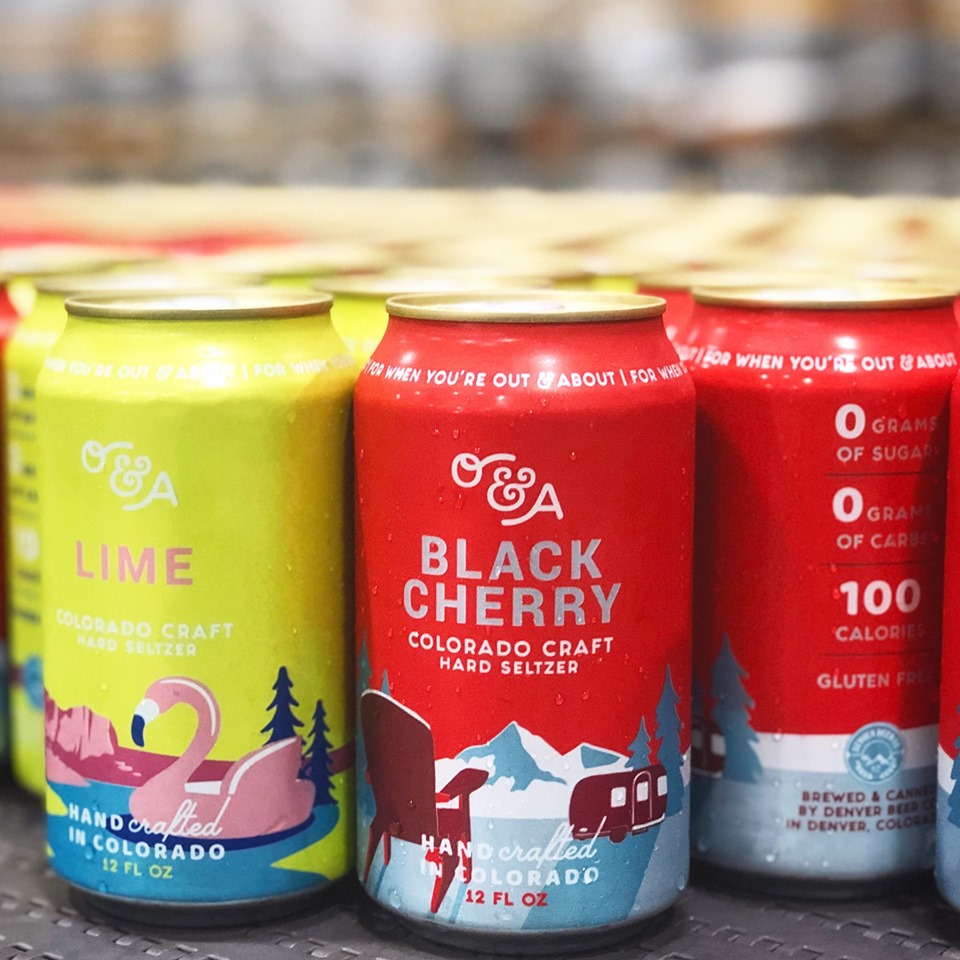 We would be remiss if we didn’t mention this other craft brewery trend. Taking a cue from the ever-growing popularity of canned beverages, craft breweries have entered the realm of boozy seltzers. If you can’t satisfy your friends with any of the other unique craft beer options mentioned above, there is now officially a canned alternative that you can carry in, sip on and pack out. Oskar Blues Brewery, Upslope Brewing and Denver Beer Company have each announced its own entrance into the world of craft hard seltzer. We haven’t tried them yet but they are on our radar and on our shopping list, starting first with the Black Cherry Colorado craft hard seltzer from Denver Beer Company.

This summer is finally all about crushable, sessionable beers. Whether or not you are after the traditional styles or boundary-pushing brews there is something for you. If you haven’t been into craft beer there has never been a better time to grab a can and join us.