Bluegrass duo The Pickin’ Pear consists of husband and wife Leon Elam and Tia Martini, respectively. They’re a pair of musicians with a long history, troubadours enjoying life out of their van, and activists trying to create some small but meaningful change in the world. The two met on New Year’s Eve of 2012 while seeing Yonder Mountain String Band in Boulder, were engaged in 2016 and quit their jobs in 2017 to live in a van with their dog, Cassidy. Now traveling the country to, from and between gigs, (like their 245 shows across 20 states in 2018), Elam and Martini say they feel lucky to be able to do it all together.

The Pickin’ Pear began as a subdivision of bluegrass band Canyon Collected and is known for blurring folk, rock and bluegrass to create their “original mix of modern American music.” After previously recording an album in 2018 in Memphis where the end result felt rushed, the duo decided to gather a team and “do it right.” For Feels Like Home, their new album that was released earlier this month, Elam and Martini wanted it to be “more than what we do every night.” On Feels Like Home, Elam plays the banjo, Martini’s on ukelele, and Matt Wolff is featured on bass. Eight songs were recorded in Vermont, with the final two recorded in Cincinnati with Rob Jennings on drums. 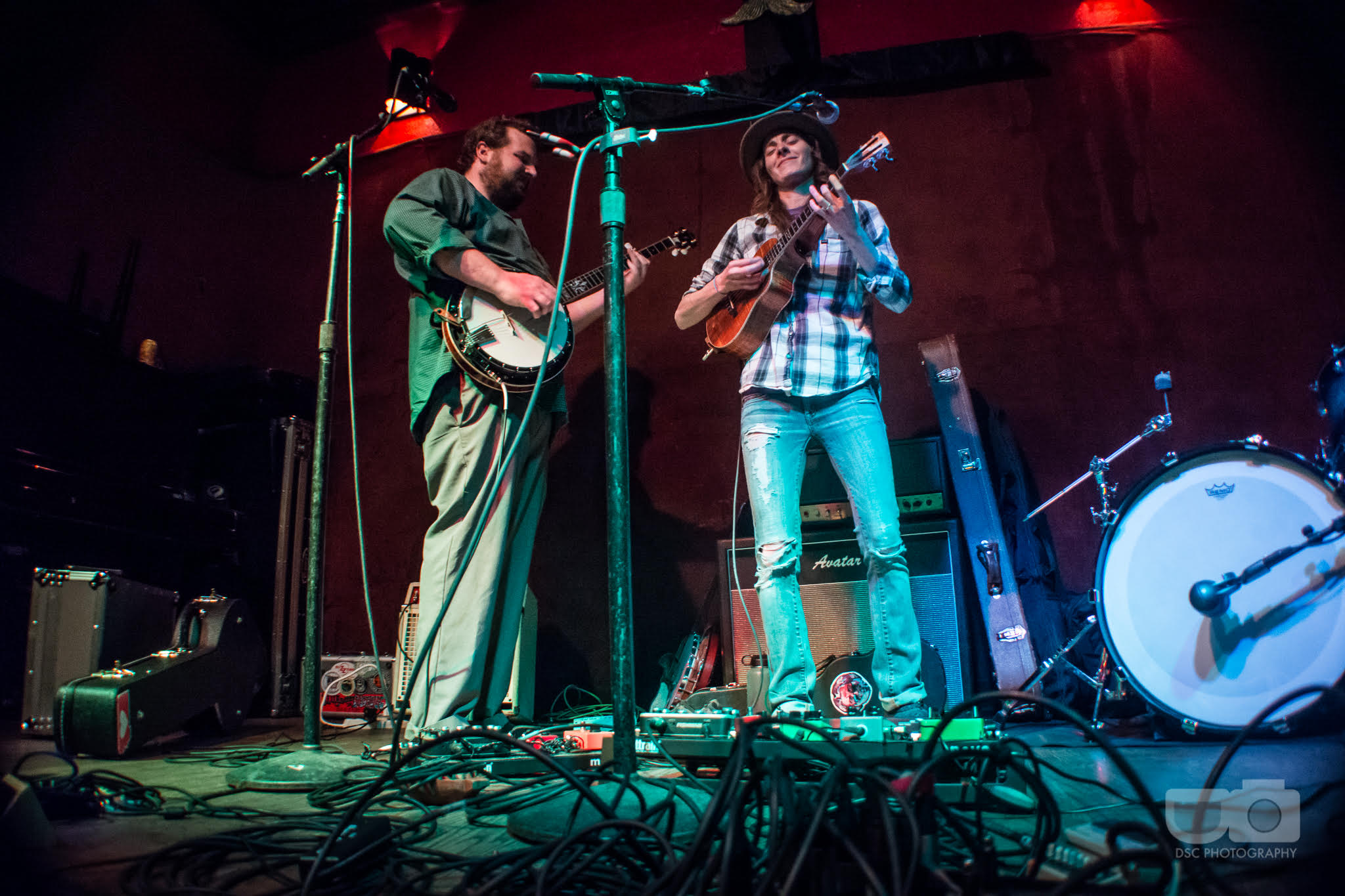 Courtesy of The Pickin’ Pear

Though they’re living life on the road, Elam says Colorado will always be home because of “the music, the venues and the fellow musicians.” For the release party of the aptly named Feels Like Home, The Pickin’ Pear brought in musicians from outside of the bluegrass genre, like James Lowrey of Dog City Disco and drummer Ben Weirich for what was a “one-night-only” experience. To them, while surrounded by some of who they consider the best musicians, the release party felt like their “masterpiece,” and something that could only have happened in Denver.

Feels Like Home is a 10-track album that kicks off with the aptly named “Fresh Start,” a bluegrass tune that boasts Elam’s fast pickin’ and homegrown vocals while he sings about burned bridges and being “headed west for new beginnings.” That’s one overarching theme of the album, the feeling that for this pair of traveling musicians, everywhere feels like home. That feeling is captured in “Let It All Go,” the second song off of the album that gives listeners the first taste of Martini’s charismatic and raspy vocals.

Though they’re full-time musicians, the man and wife behind The Pickin’ Pear are also heavily involved in political activism. Once a grassroots field organizer who gave up his post to chase his dream of playing music, Elam makes a point every October of helping out the cause by knocking on doors and getting people involved. “21st Century Blues” is an ode to that part of Elam’s life, a song that he hopes does its own small part in making the world a better place. It’s a balance he’s searching to find in his life, the balance between creating music and “fighting the good fight.”

The music is overwhelmingly simplistic, with so much depth between only three players for eight of the ten songs. “What Have You Done?” features a stunning harmony, whereas Martini holds her own through “Paradise Valley” and “Whiskey Brain.” Where Martini’s gruff vocals are erratic, Elam’s are sweet and smooth, and it’s difficult to decide whose are more beautifully haunting. Then those voices disappear towards the album’s end with a very groovy instrumental titled “Crazy Ray’s Outrageous Gravy Parade.” The Pickin’ Pear has already found a certain balance with Feels Like Home. It’s serious yet silly, it plays by some rules but breaks others, and they’re songs from the road that manage to feel like home.

Listen to the full album from The Pickin’ Pear, Feels Like Home, here.