Review – Lizzo Was “Good as Hell” at the Ogden

If you haven’t heard of Lizzo by now, you better ask somebody. The self-care peddling, vocal powerhouse, classically trained flutist and self-proclaimed “100% that bitch,” is a bona fide superstar in the making, and in 2019 she’s finally getting the attention she deserves. A figurehead of body-positivity and self-preservation long before the subject became a universal thinkpiece, Lizzo has amassed a dedicated following that lives and breathes the lyrics she belts and every hip roll she turns out onstage. Her songs — mantras of self-love — exude the sort of feel-good energy that spills out into thousands of Instagram captions redefining self-worth and acceptance. While not making a grandiose statement about the state of the world or current affairs, Lizzo lends her voice to the state of self and raising people out of the anxieties and problems that consume the rest of our lives and the world at large. That very same voice raised the Ogden Theatre to its feet amid tumultuous waves of cheers and accolades when Lizzo herself took the stage Wednesday night. It simply felt good to feel good. 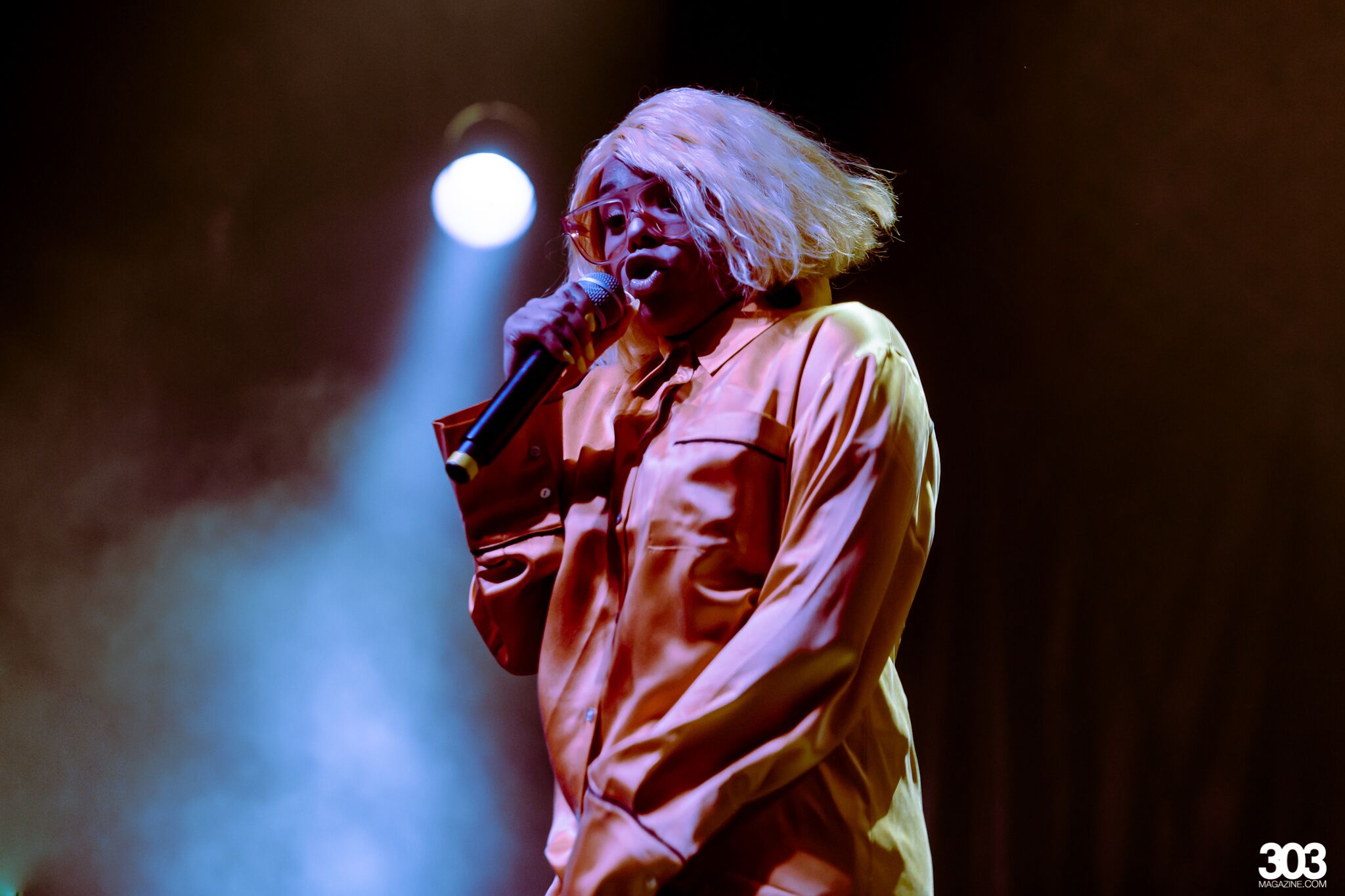 Tayla Parx opening for Lizzo at the Ogden Theatre

Opening duties of the night fell upon R&B singer/songwriter Tayla Parx. Returning to Denver following a prior opening slot with Anderson .Paak, it was evident that the experience on the road had sharpened Parx. Emerging to the familiar inflatable cactus stage set, Parx — donning a satin pajama suit — came to the stage more confident than ever. Razor sharp voice at the forefront, Parx tore through her originals assured in their capacity to wrangle the crowd to her side and it worked like a charm. A once timid nature evaporated before the eyes of the audience and in its place, Parx sprinkled lighthearted swagger as she paced the stage. The audience may not have known all her songs, but they went to lengths to figure them out as Parx went along, joining in and giving her a wave to ride out. Insertations of her work with other artists like Panic! at the Disco and Ariana Grande weren’t served as main attractions, rather, the icing on the cake. 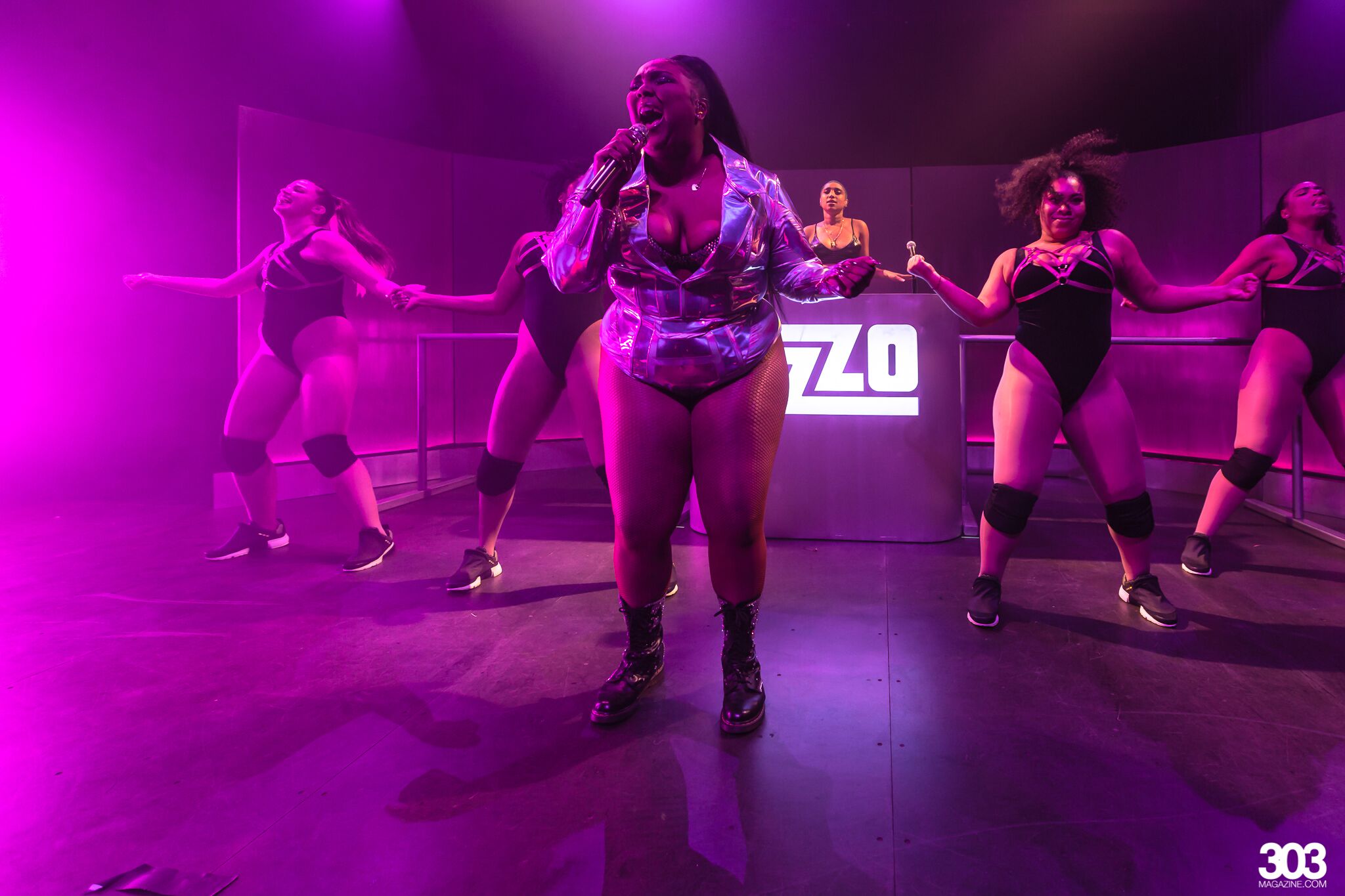 Taking the stage in a surge of red and blue lights donning a flamboyantly reflective bodysuit, against her DJ’s booth emblazoned with her moniker, Lizzo started the over the top “Cuz I Love You.” Marinating in the overwhelming applause at the conclusion of the song, Lizzo ramped it up and shook it out. Accompanied by the Big Girls, her team of bodacious backup dancers, Lizzo took Denver to task breaking a sweat in a barrage of coordinated dance moves and positive affirmations. Fan favorites like “Phone” dialed the crowd into a hot mess while “Water Me” conversely sparked a flame, elsewhere the newer “Boys” bumped and “Like a Girl” packed a punch. Familiar inclusions like the matrimonial parody of “Truth Hurts” and the theatrics of “Jerome” maintained their novelty with the crowd wholeheartedly playing their part. 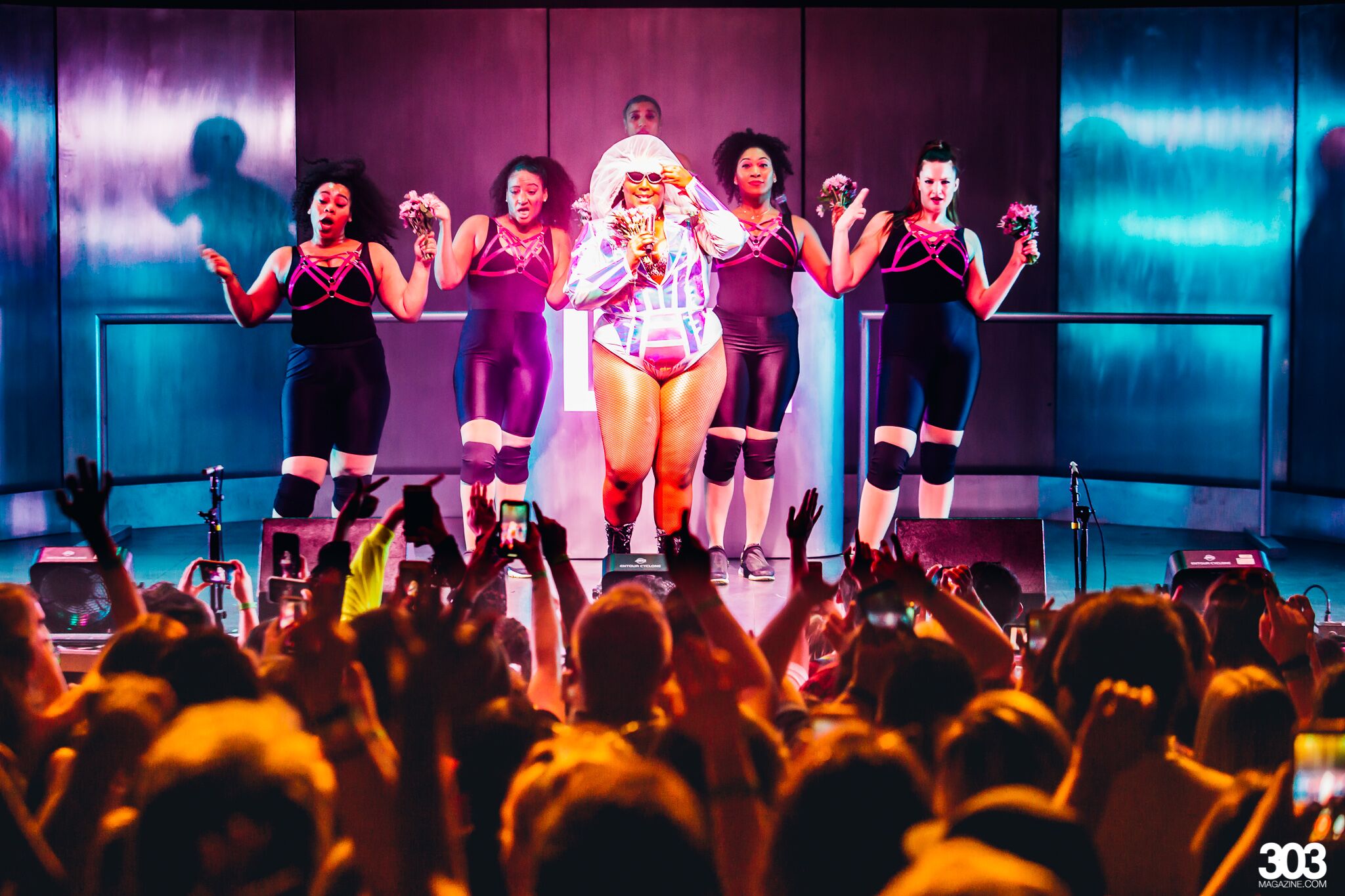 The pinnacle of the show, the climax of “Good as Hell” and the encore of song-of-the-summer contender “Juice” was nothing short of a popped cork of euphoria. For a show that felt like a roundhouse kick of unadulterated happiness, Lizzo stood front and center as a beacon of joy, not the mere spark of the Marie Kondo kind, but an open flame. As good as it felt watching the fire spread through the audience, it must’ve been “good as hell” for Lizzo to finally be recognized as the torchbearer.