More than 15 years ago, Dan Smith set to work on a solo project he called Listener. That solo project has grown to include two of his best friends and is now known affectionately to fans as the Listener Family Band. With eight full-length albums under their belt, Listener has developed a cult-like following. They’ll take the stage in Denver on May 30, alongside Quentin Suave and Birds in a Row – inviting both new and old fans to join the Listener family.

While Listener’s fan base is smaller than you’d expect for a band with their touring history, their following is devoted. This fact allows them to play smaller, more intimate shows – in fact, even after 15 years of touring, it’s not uncommon for Listener to play house shows. These personal evenings allow the band to take time to connect with their fans and is one reasons why you won’t want to miss out when they bring their show to Denver.

Listener’s music draws clear influences from hip-hop, which is perhaps most clear on their debut album, Whispermoon. Smith’s lyrics make clear reference to his hip-hop roots, and his vocal delivery layered over simple beats is a clear homage to the genre. However, more than 15 years later, Listener’s sound has evolved quite a bit. The hip-hop and rap influences are still clearly present, but the music now fits into a genre all it’s own – and Listener knows this better than anyone else. Today’s fans have come to love Listener’s unique genre of sound which they call “talk music.”

While Listener’s early music may be a dose of nostalgia for hip-hop fans, the true reason for the groups devoted following is Smith’s powerful lyricism. Lyrically, Smith’s music is far more reminiscent of spoken-word poetry than of any other creative medium. Smith’s lyrics tell stories but the narratives are often not happy ones. Often, Listener’s music serves as a prayer, begging you to recognize your struggles and take solace in the knowledge that you are not alone. 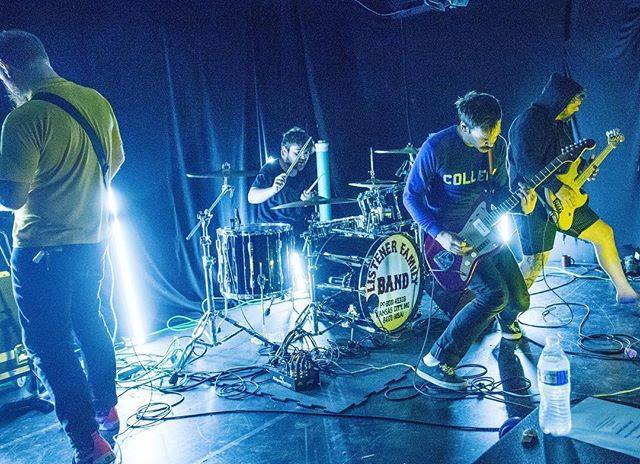 Listening to Listener at home is nothing compared to experiencing a live performance. Their showmanship is something akin to a punk show – which is perhaps why so many of their fans are also fans of hardcore and punk. Smith’s energetic presence and distinctive vocals will only amplify the experience — making this a night to remember.

They’ll take the stage at the Marquis on May 30, alongside Quentin Sauvé and Birds in Row. The french openers will serve as the perfect opening duo. Singer-songwriter Quentin Sauvé’s mellow music is the perfect lyrical accompaniment to Listener’s emotionally charged music, while Birds in Row’s electrifying punk will give fans a taste of hardcore – and will certainly give punk fans plenty of chances to mosh. Listener’s stage presence will captivate, and their one-of-a-kind music will give fans something truly unique.

Listener will take the stage at the Marquis on May 30. Tickets are available here.