Denver is ready to celebrate the warmer weather this week. With multiple brewery anniversaries and the opening of the G-train, there is plenty to drink to. Wherever the week takes you, make sure to take a quick look at this roundup of food and drink events happening in Denver. 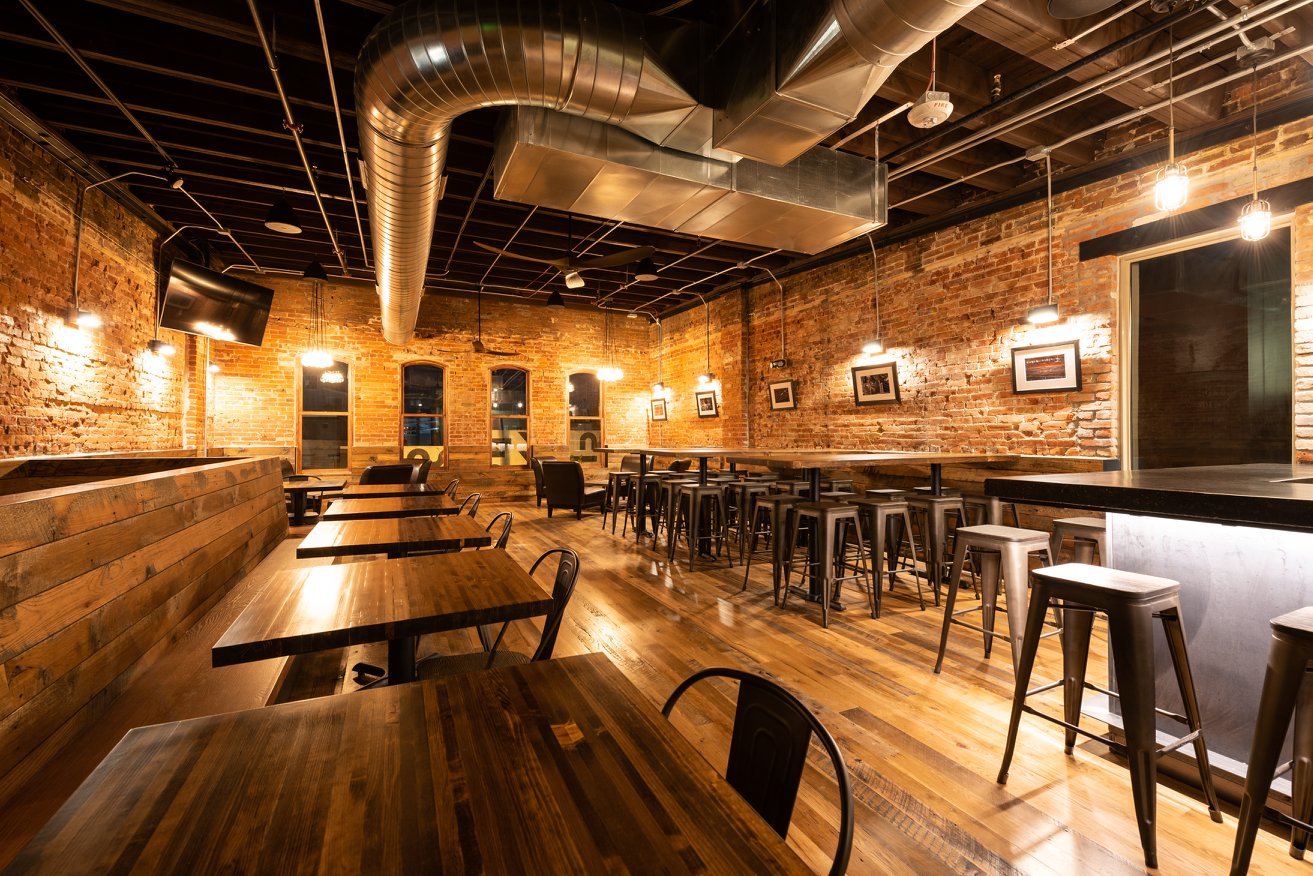 The Lowdown: O’Dell Brewhouse presents RiNo Drafts and Laughs, a pop-up comedy club. The sets will feature Comma Comedians from Memphis, Tennessee. Go grab a beer and laugh with your friends. 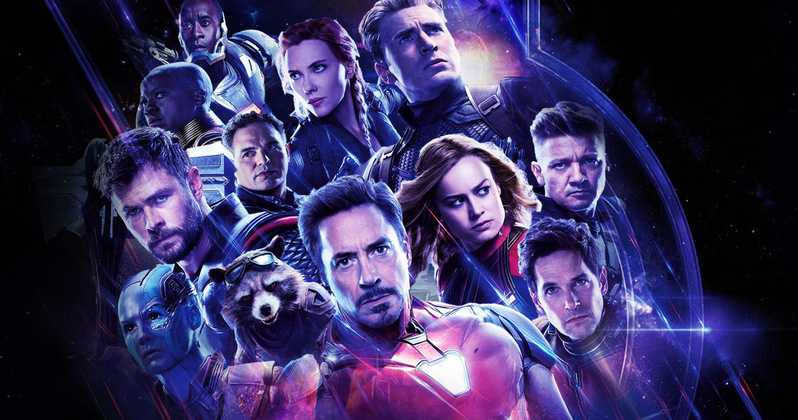 The Lowdown: With the premiere of the greatly anticipated Avenger’s: Endgame on Saturday, Ratio Beerworks is hosting a quiz show to test your knowledge of the Marvel cinematic universe. Ratio is upping the ante by partnering with Marvel Studios to provide free posters for everyone and special prizes for the top three teams which include tickets to the movie. 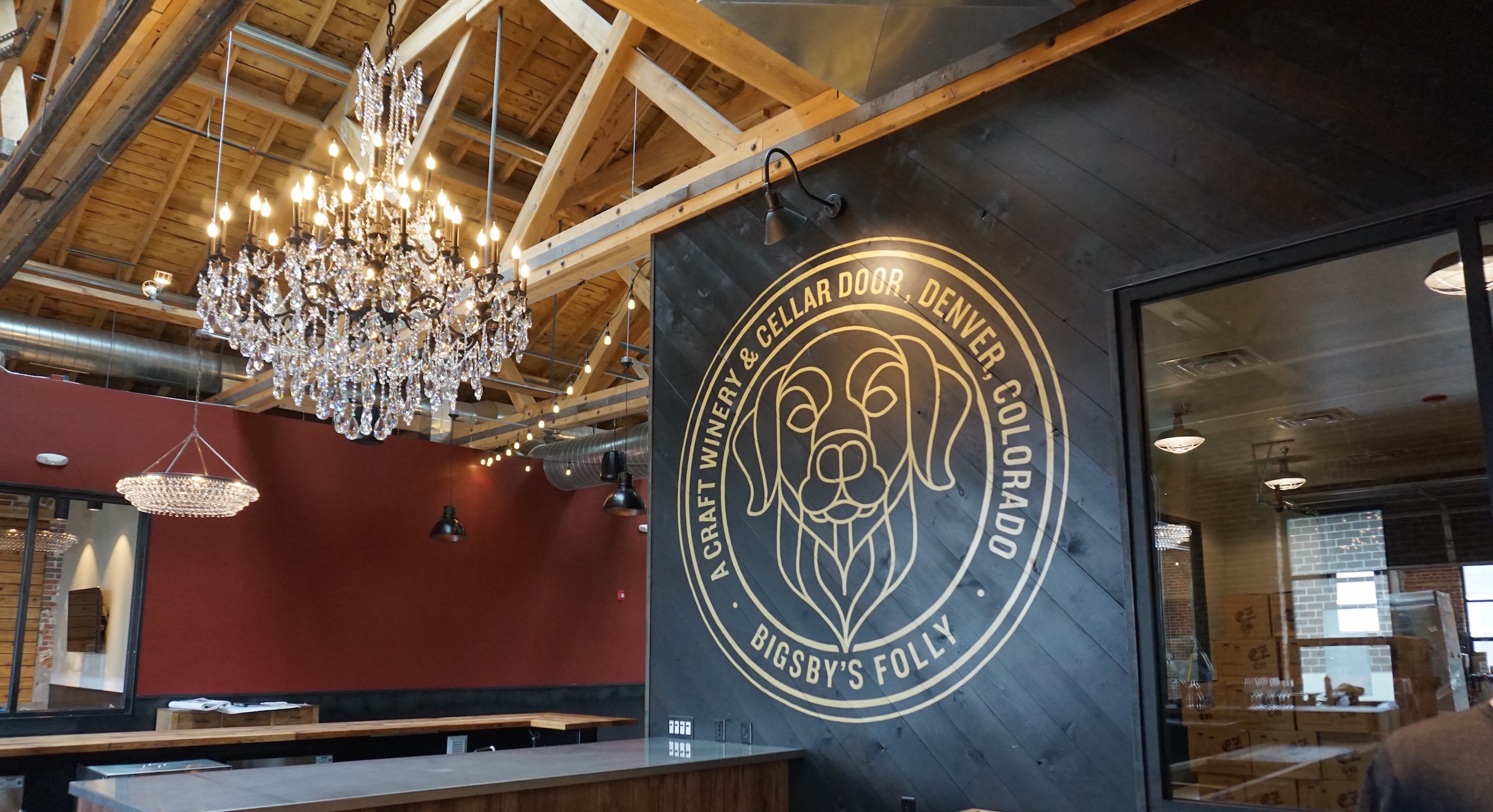 The Lowdown: Helen may not know the owner, but grab your gals for the ultimate girls night at Bigsby’s Folly complete with a showing of one of the best chick flicks of all time, Bridesmaids. For under $30 you will get access to the taco bar, chocolate fountain and a glass of wine. 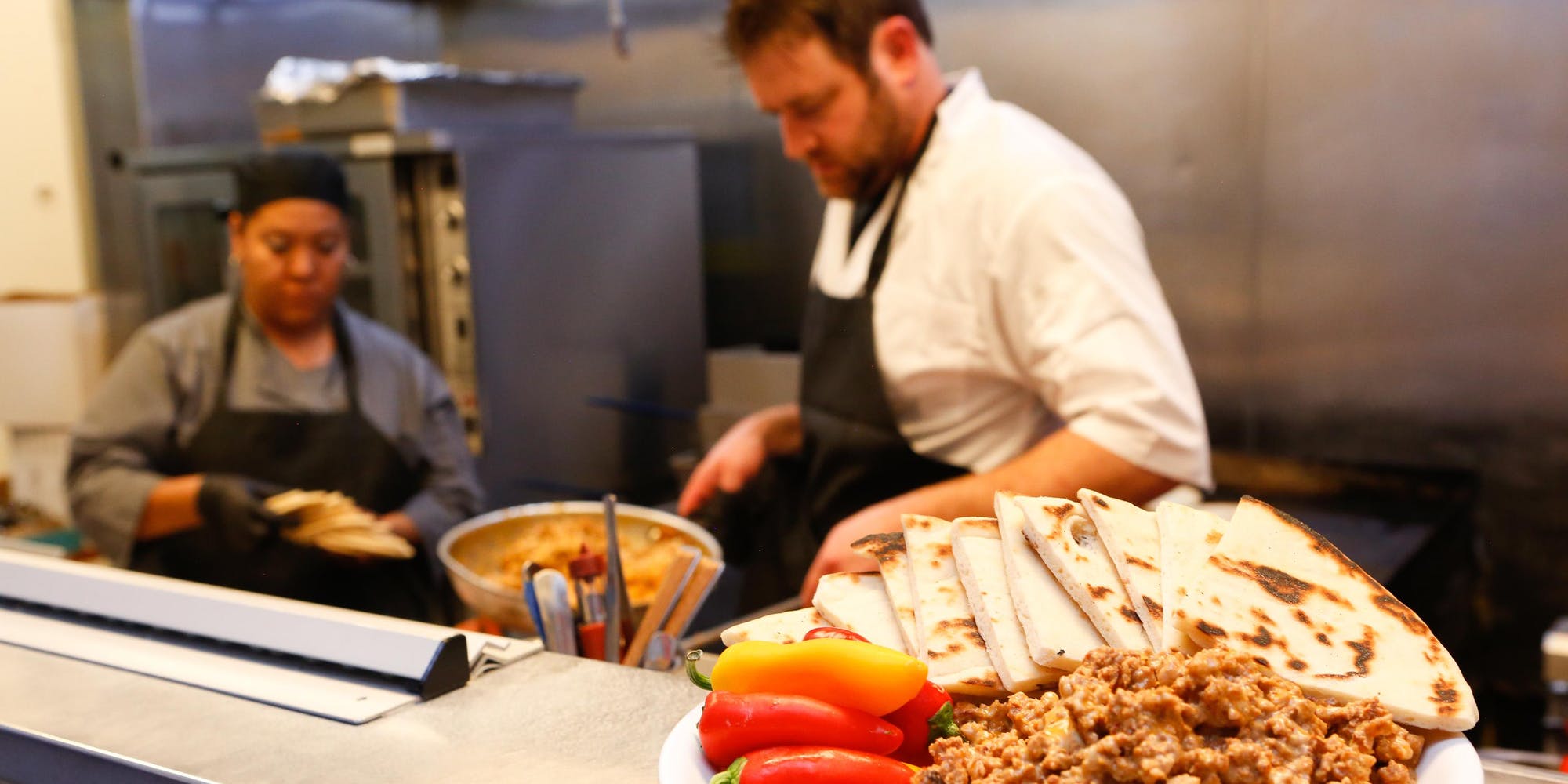 The Lowdown: Comal’s April Impact Dinner marks the departure of the beloved Executive Chef Tim Bender. Each course will be prepared by a different Comal participant, celebrating the techniques they have learned under Bender’s guidance that span multiple cultures and cuisines. Wine and cocktail pairings will be provided by Friends & Family’s Kevin Galaba, Chef Tim’s favorite beverage expert. 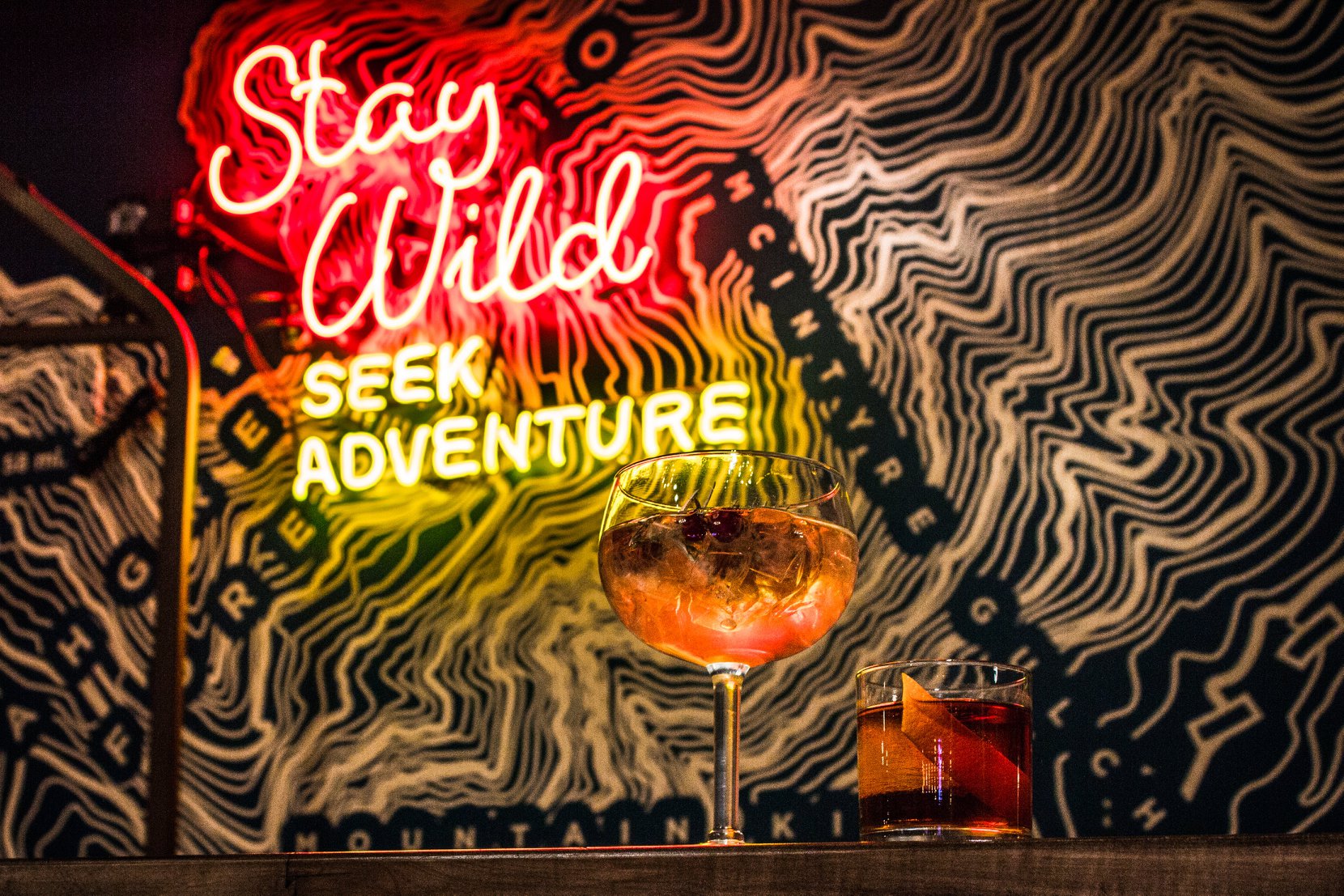 Beer and Cheese with Westfax 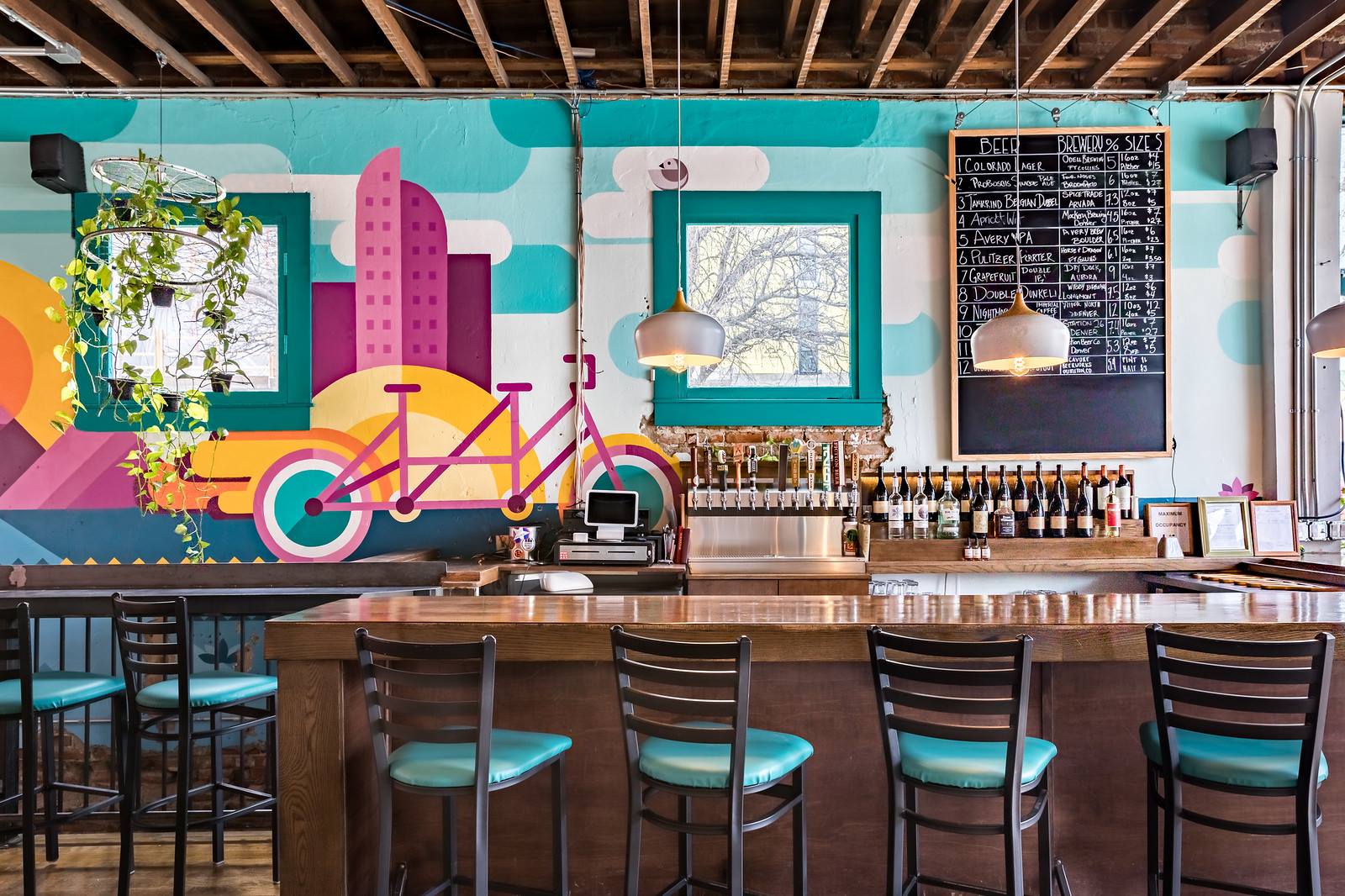 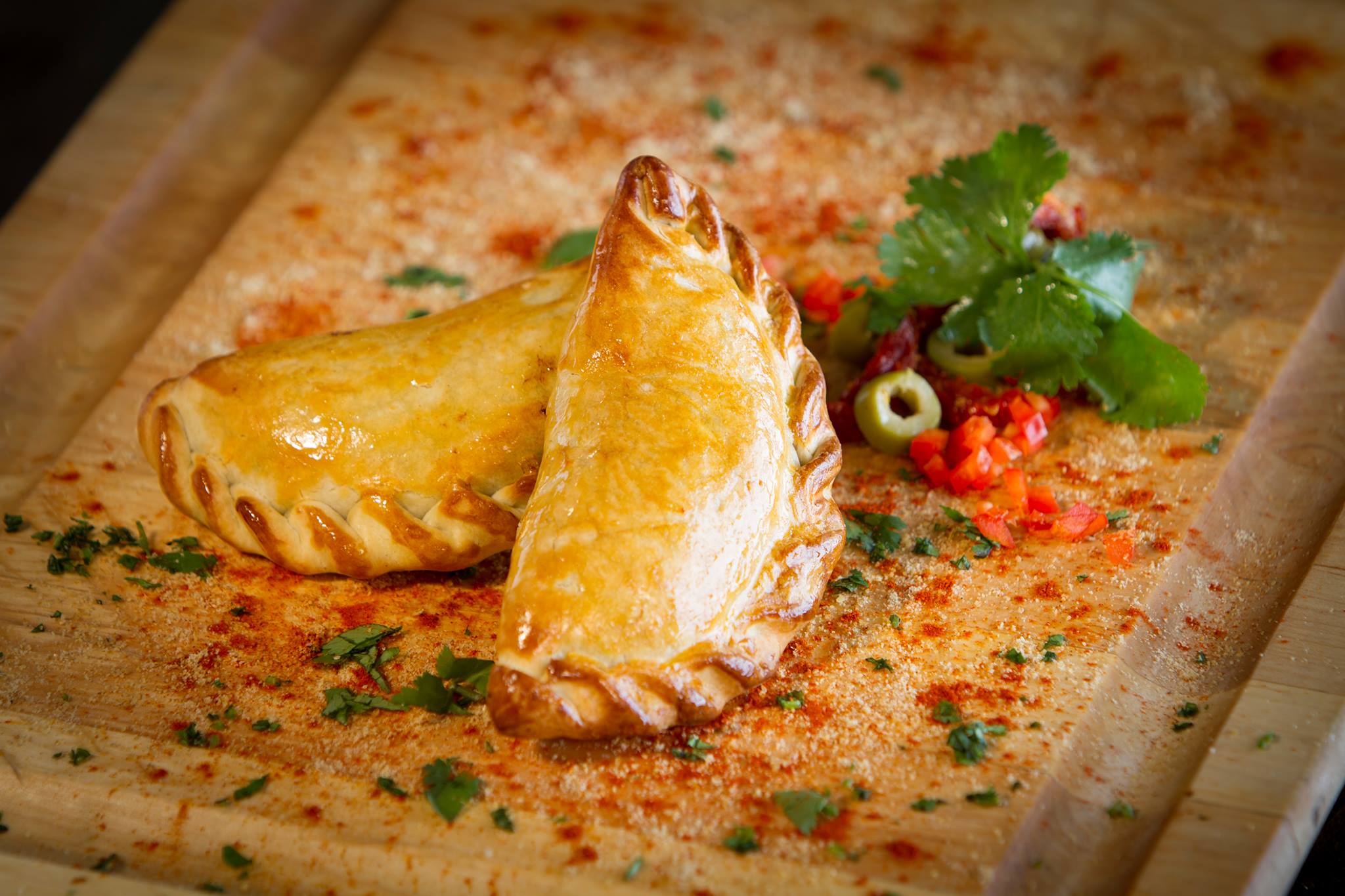 The Lowdown: Visit The Infinite Monkey Theorem at Stanley Marketplace for a night filled with Latin American food and dance. For $22 you will receive two wine and empanada pairings provided by IMT and Maria Empanada plus live tango dancing. Pairings start at 5 .pm. and tango dancers will be there from 6 to 7 p.m. 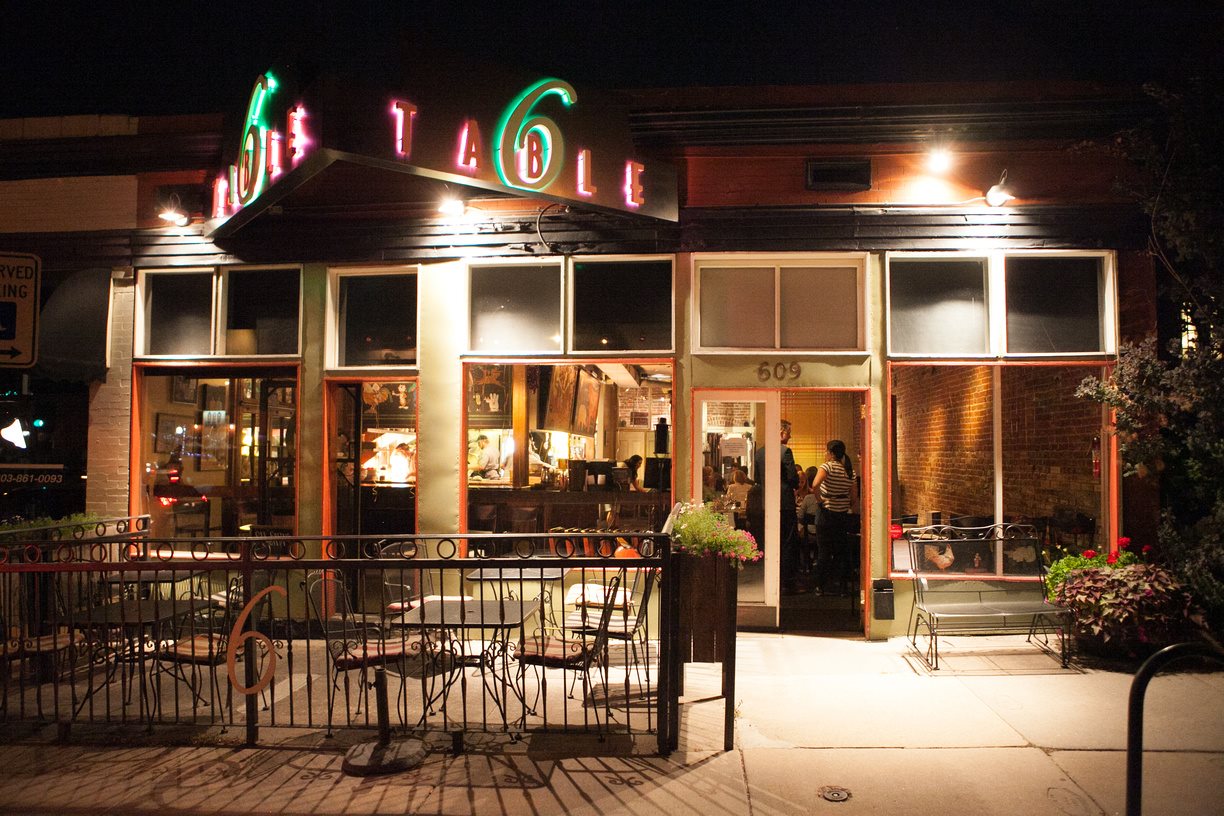 The Lowdown: Table6 and Westbound & Down Brewing Company present a four-course meal paired with six beers. The tentative pairing menu features dishes like the house kielbasa and black plum cobbler with popular Westbound & Down brews like the Westbound Session IPA. Call the restaurant to make your reservation today. 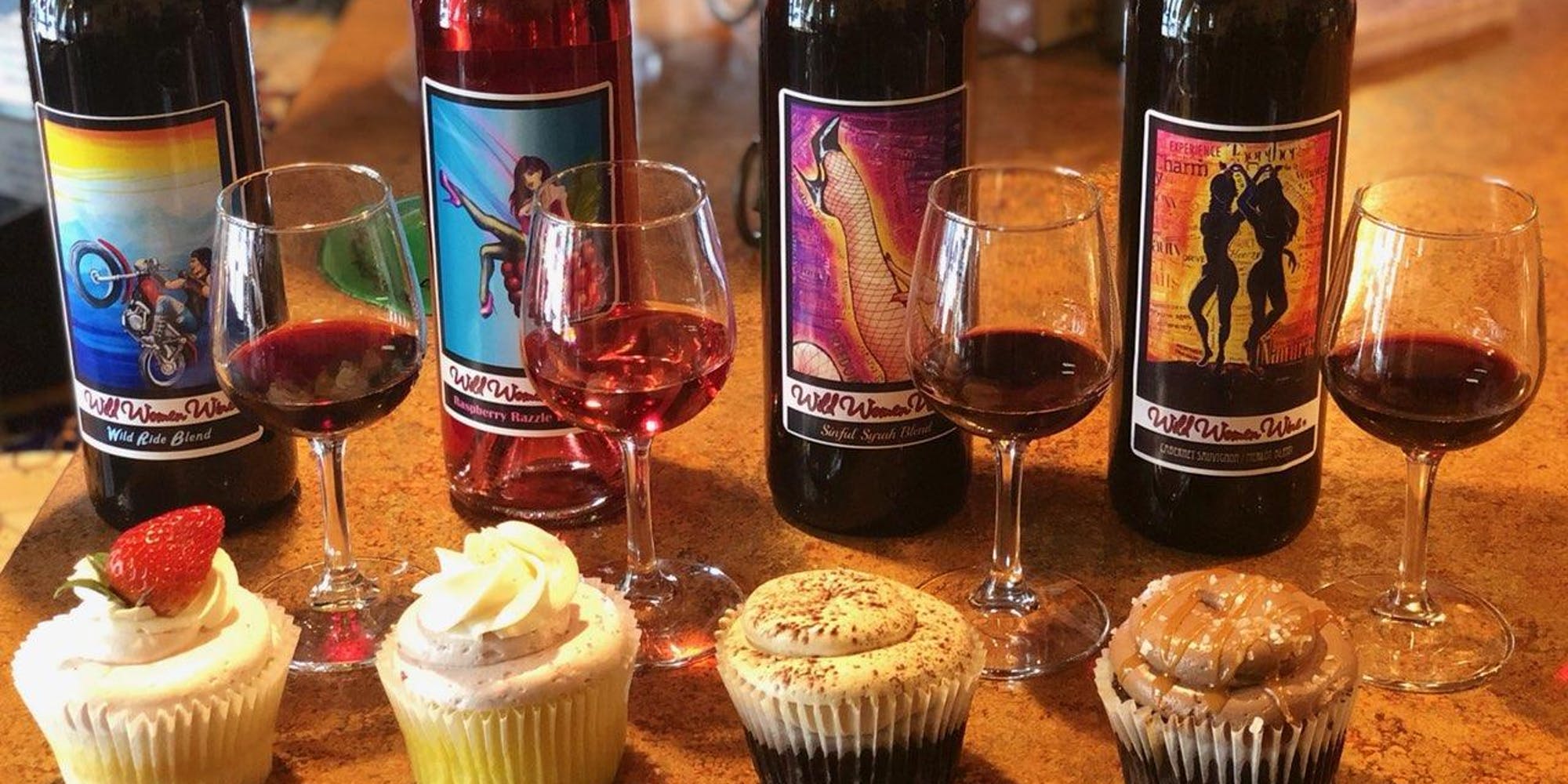 The Lowdown: Wild Women Wine and Mermaid Bakery bring to you a wine and cupcake pairing event this Thursday. Tickets cover four wine tastes and four cupcakes. If you try a wine you love, you can take home a bottle at 10% off. Each sweet treat will delight and surprise with the compliments of the wines. 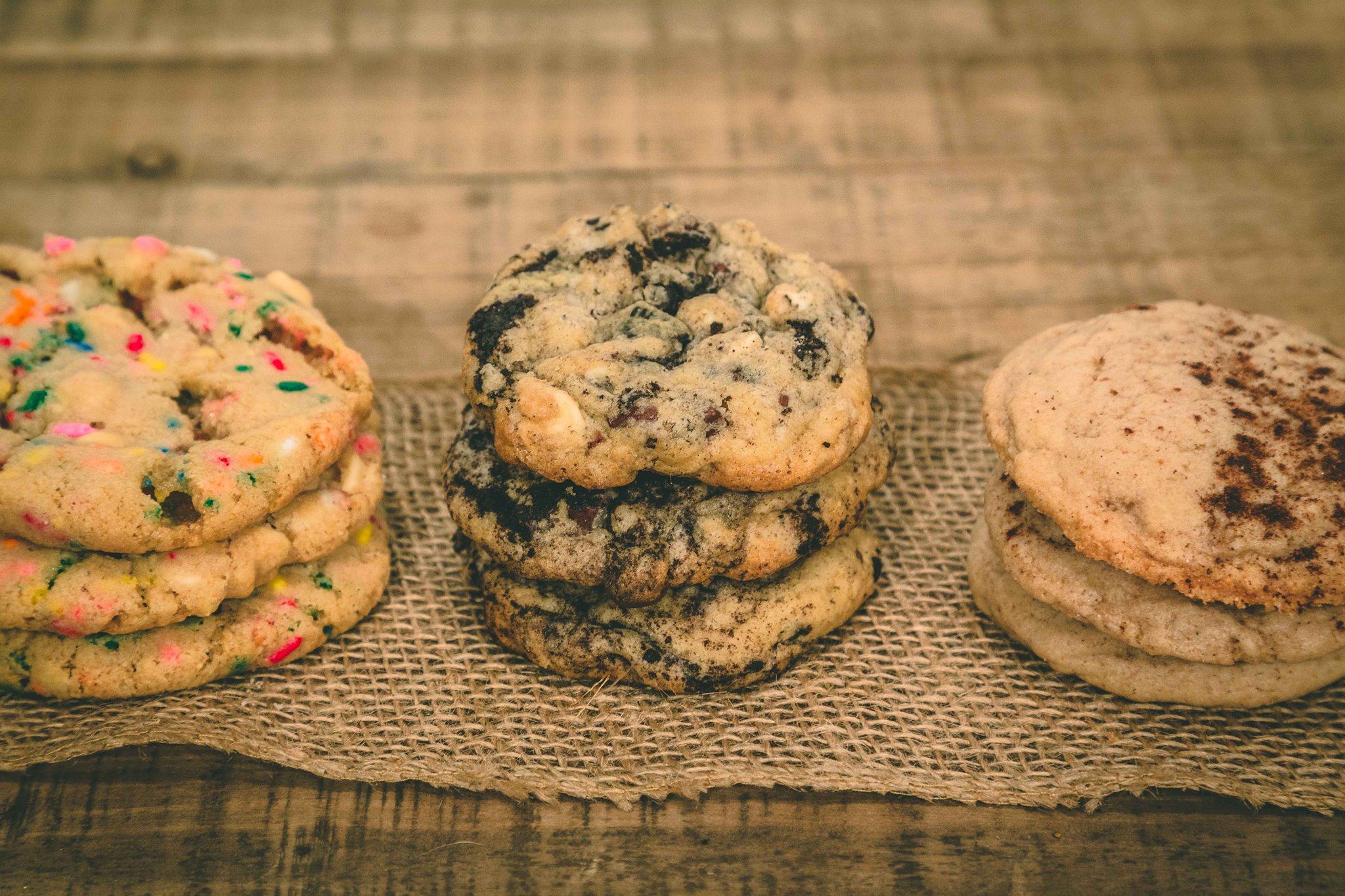 Where: The Infinite Monkey Theorem (RiNo),

The Lowdown: Good Sugar Baking is back at The Infinite Monkey Theorem in RiNo for a wine and cookie pairing. You will get three wines and three cookies paired together for $16. Bring your sweet tooth and prepare for a decadent night of treats while sipping on wine. 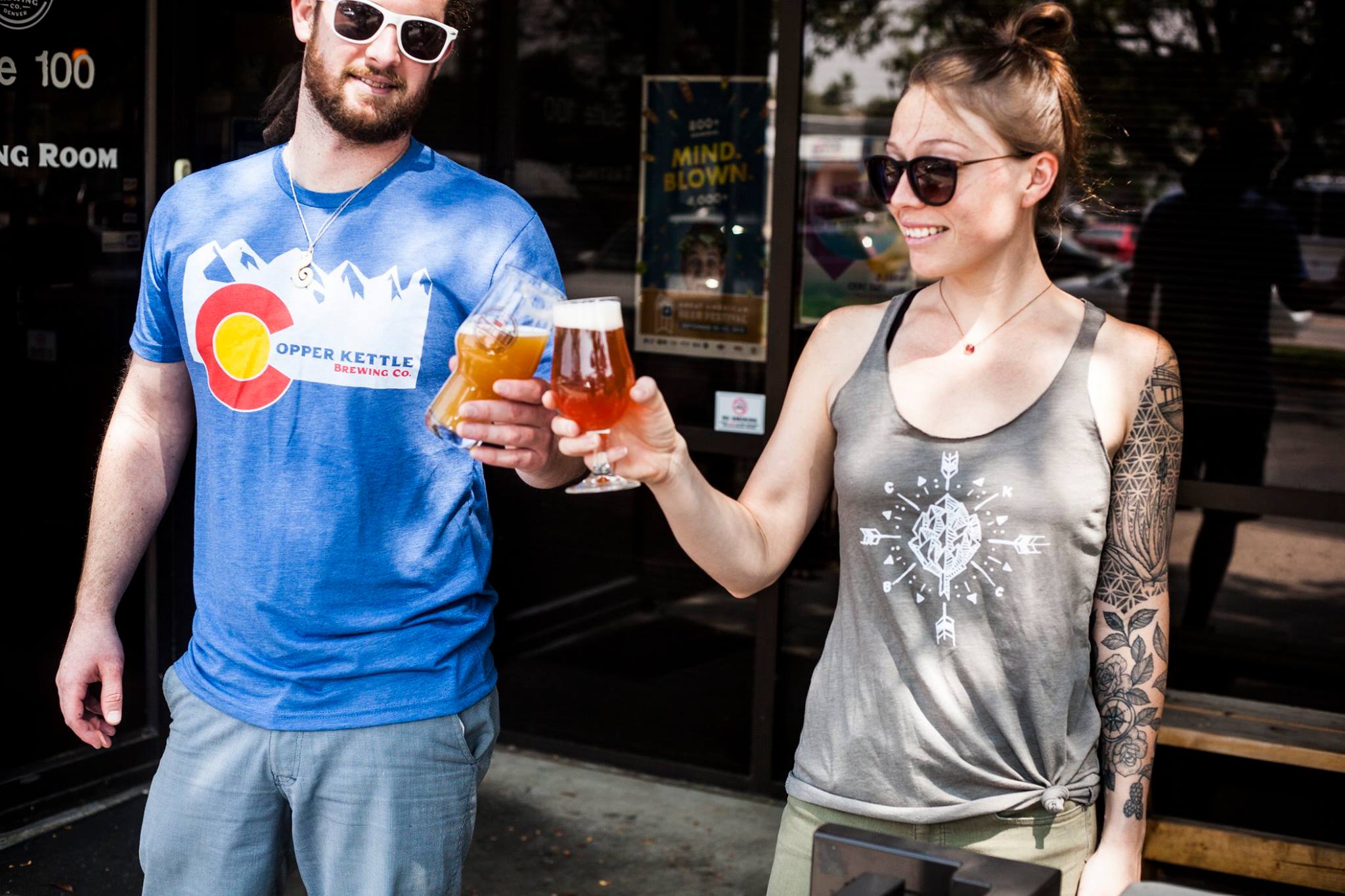 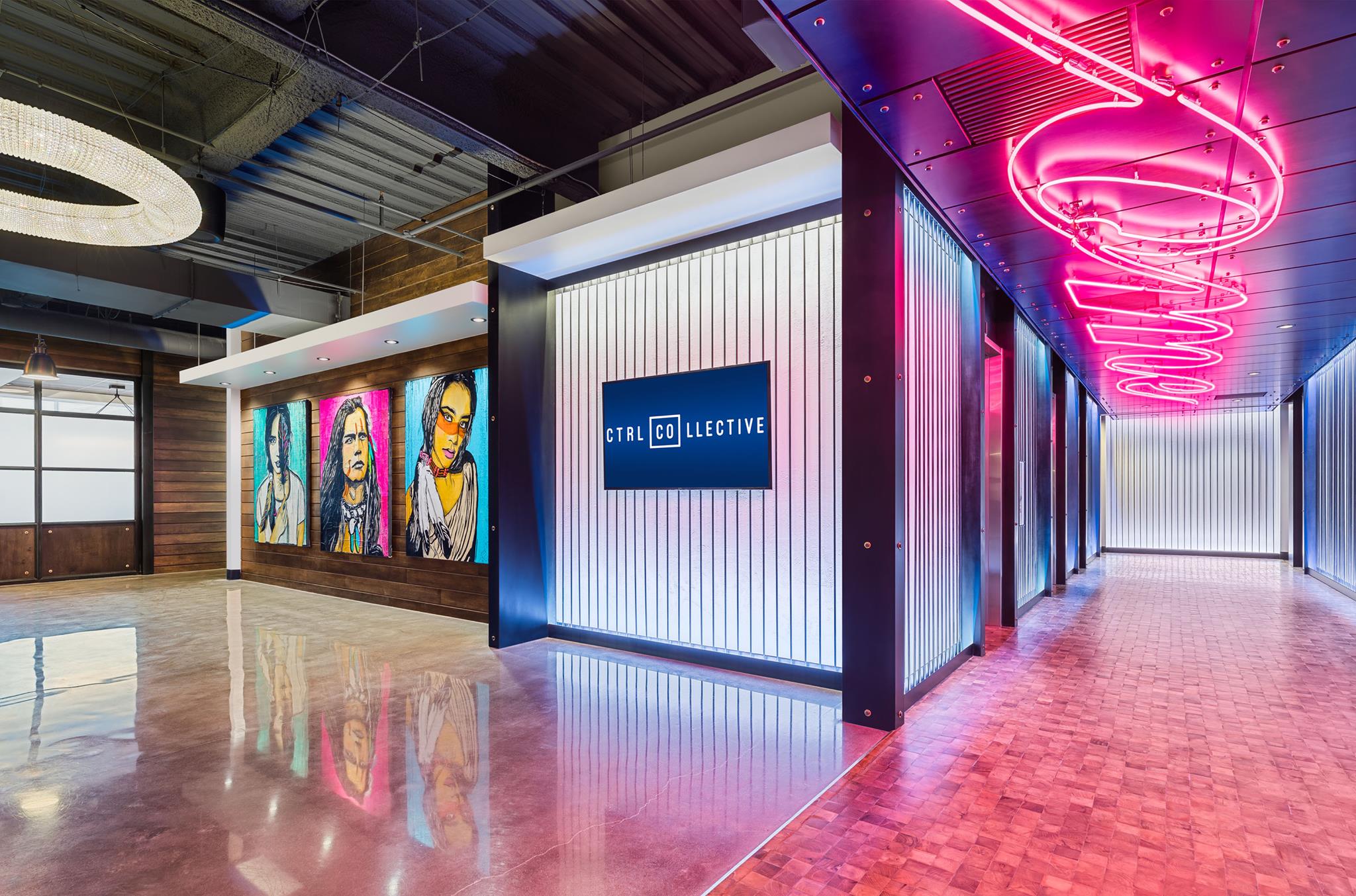 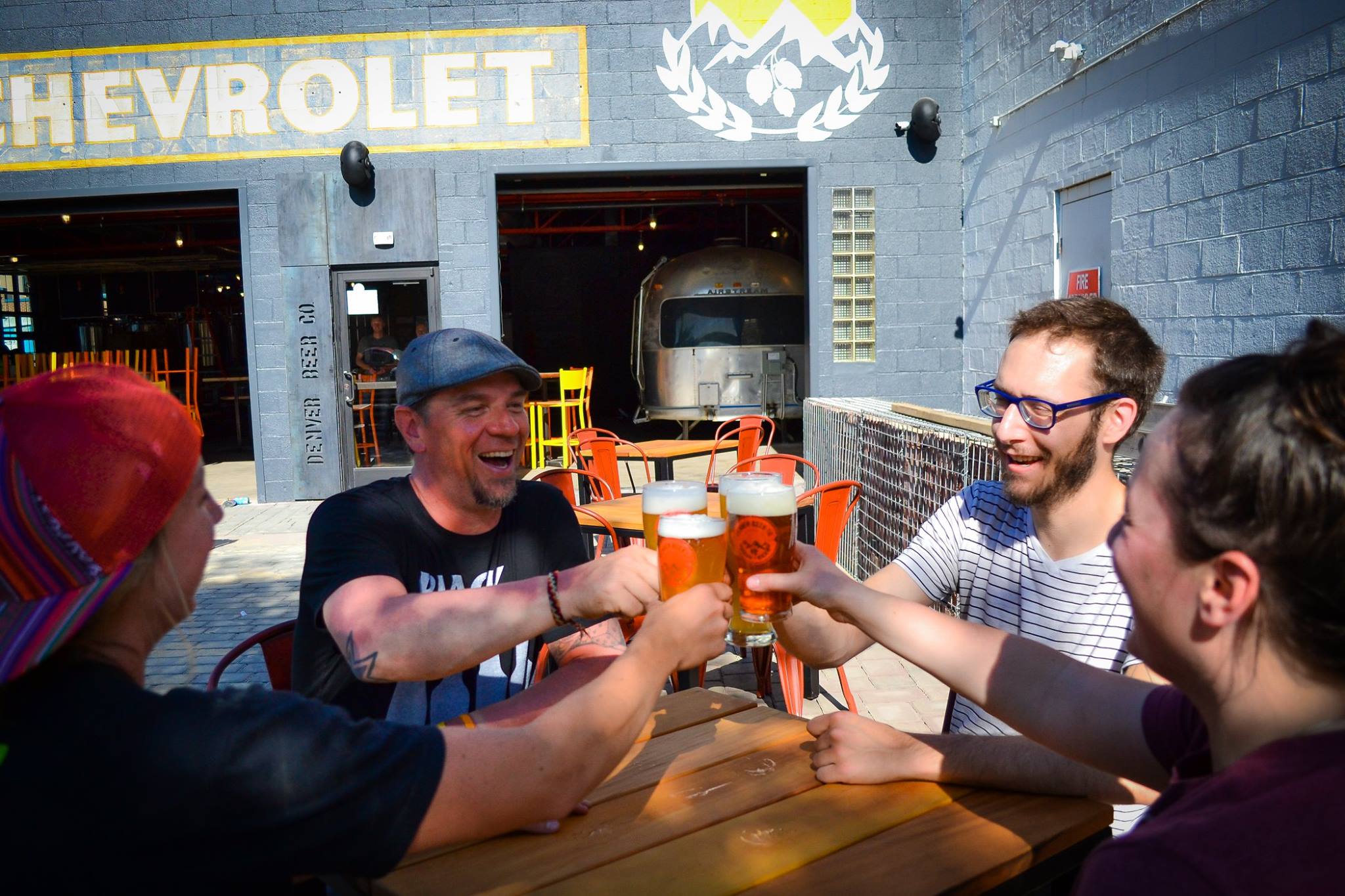 The Lowdown: Come celebrate the opening of the G-Train with Denver Beer Co in Arvada this weekend. Featuring the Ain’t Nothing But a G-Train beer release and ’90s jams from Bad Bunnies. Denver-to-Arvada or Arvada-to-Denver beer punch cards will be available and all guests with a punch at both locations will be entered to win a DBC swag and beer basket. 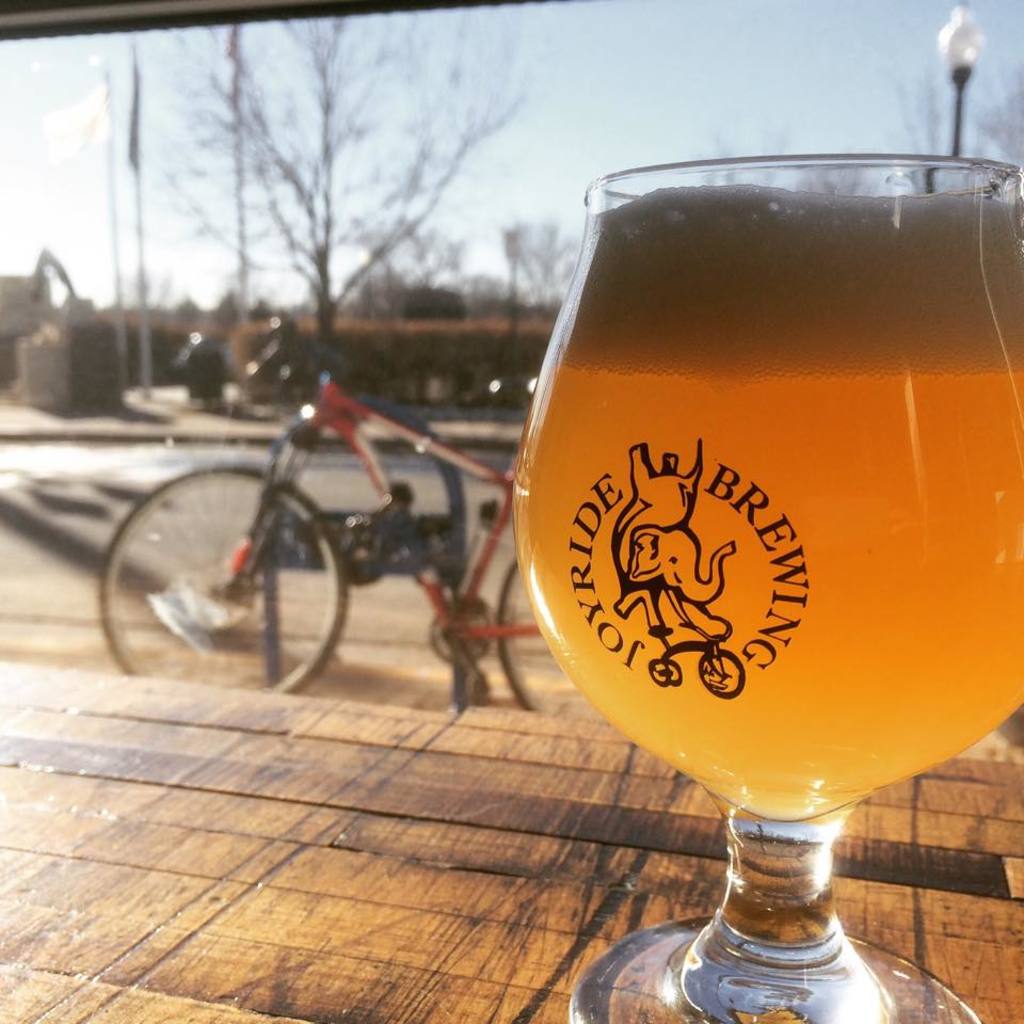 The Lowdown: Bike between Westfax Brewing Company, Joyride Brewing Company, Hogshead Brewery, Seedstock Brewery and Oasis Brewing the last Saturday of each month and enjoy $1 off a short pour at each brewery. Cyclists who complete the loop earn a free beer voucher. 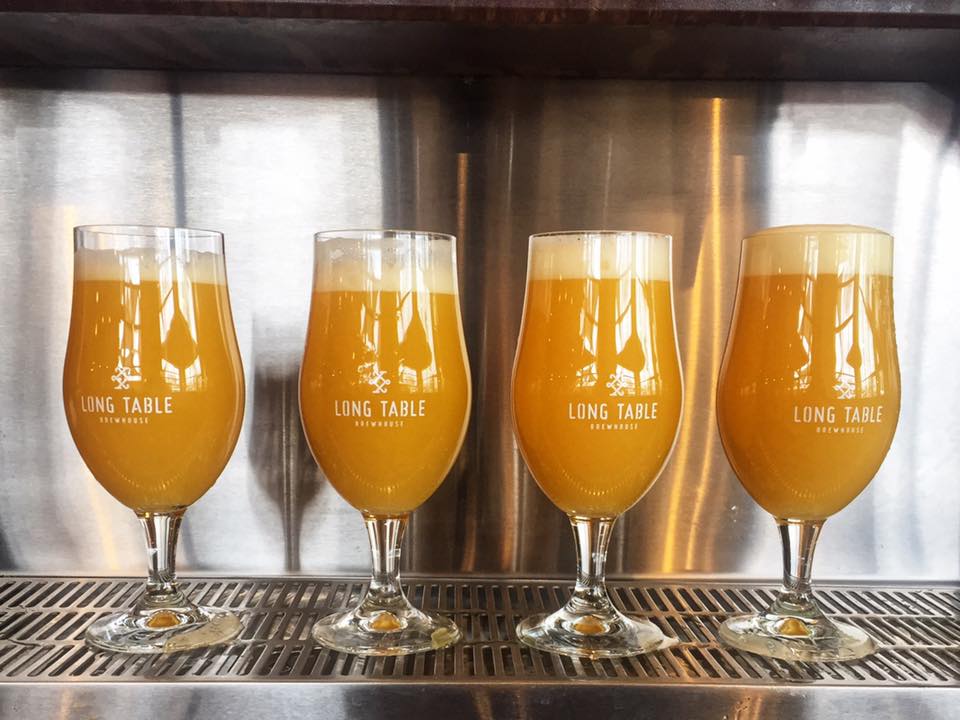 The Lowdown: Long Table Brewhouse is one year old and is holding a block party to celebrate. Bring your friends and relish in the breweries popular whiskey stouts and hazy IPAs. 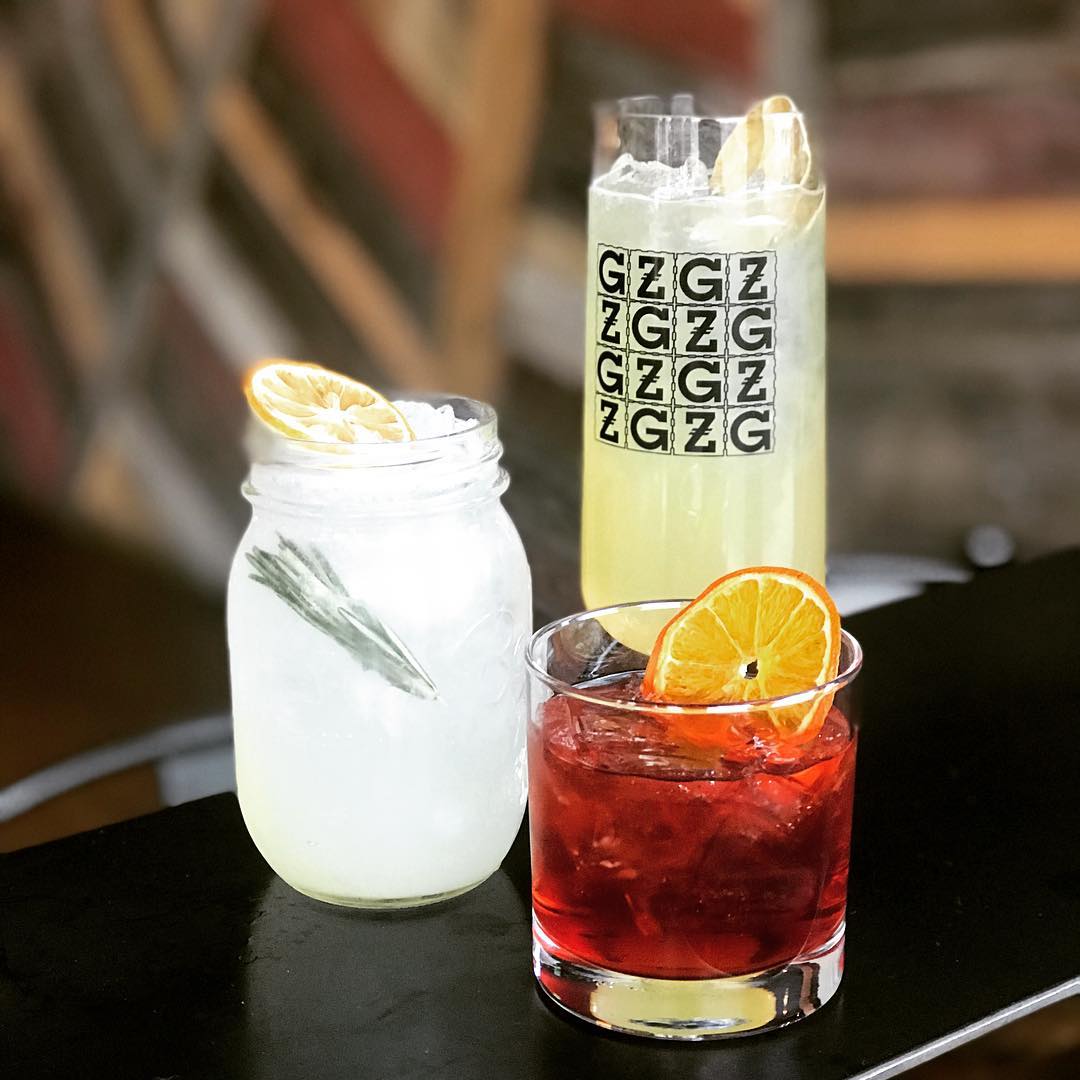 The Lowdown: Goed Zuur is also celebrating an anniversary and welcomes the new year with rare beer tappings, food specials and gift giveaways. It’s the second anniversary, so go congratulate them on their continued success. 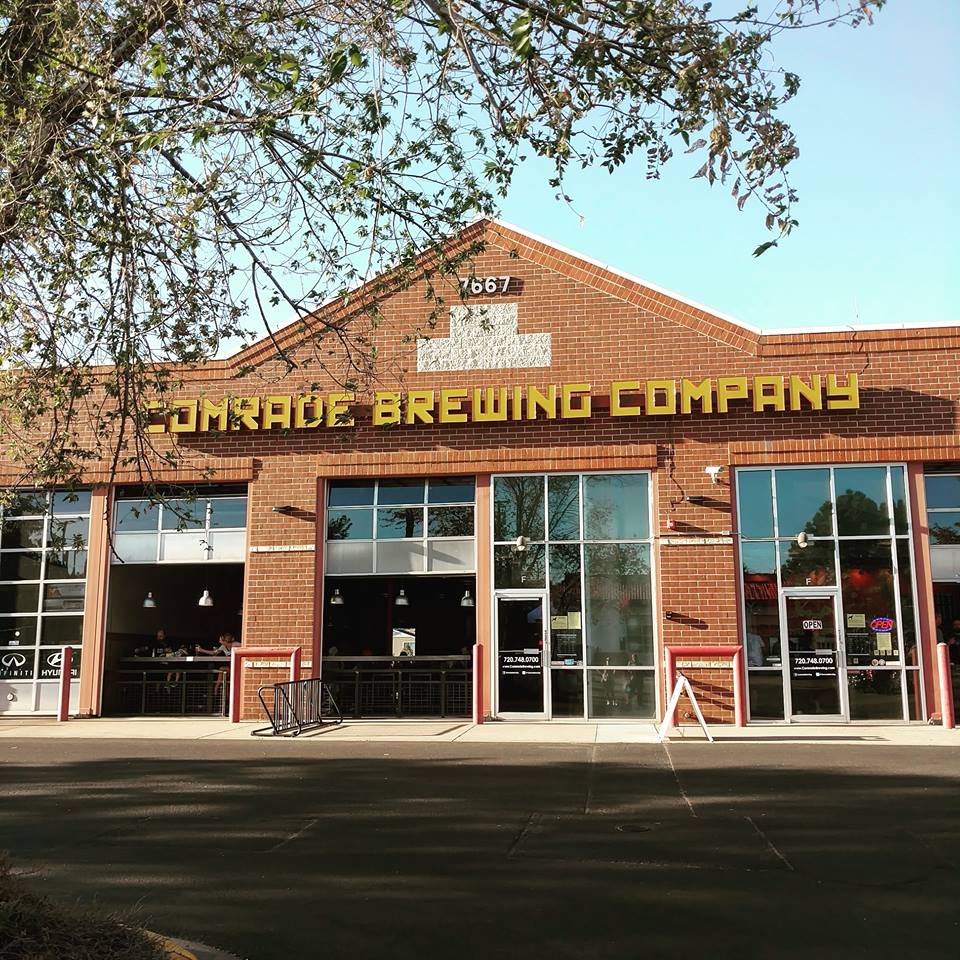 The Lowdown: Raise a glass for Comrade Brewing Company’s fifth year anniversary. Featuring special beer releases and food trucks, the event is sure to entertain your taste buds. The first 100 people will receive a free crowler coozie — so make sure to get there early. 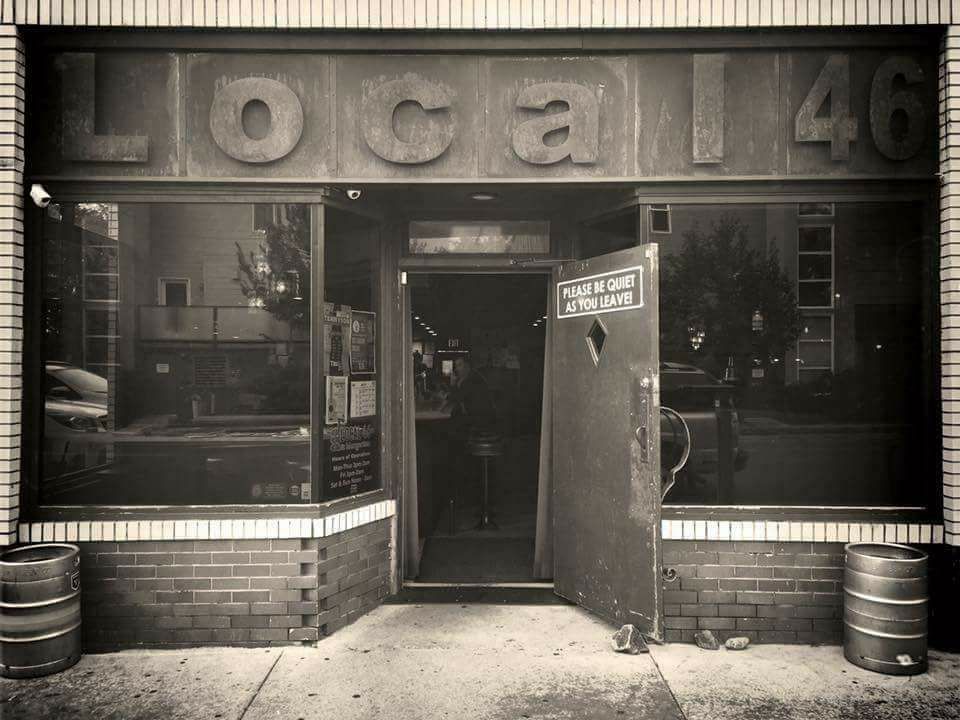 The Lowdown: Local 46 celebrates seven years of business this weekend. Put on your best ’80s gear and stop by for the outdoor grill, food and drink specials before heading to the Totally Tennyson Bar Crawl. Entertainment will be provided by Red Robyn Guitar and DJ Prodeezy. 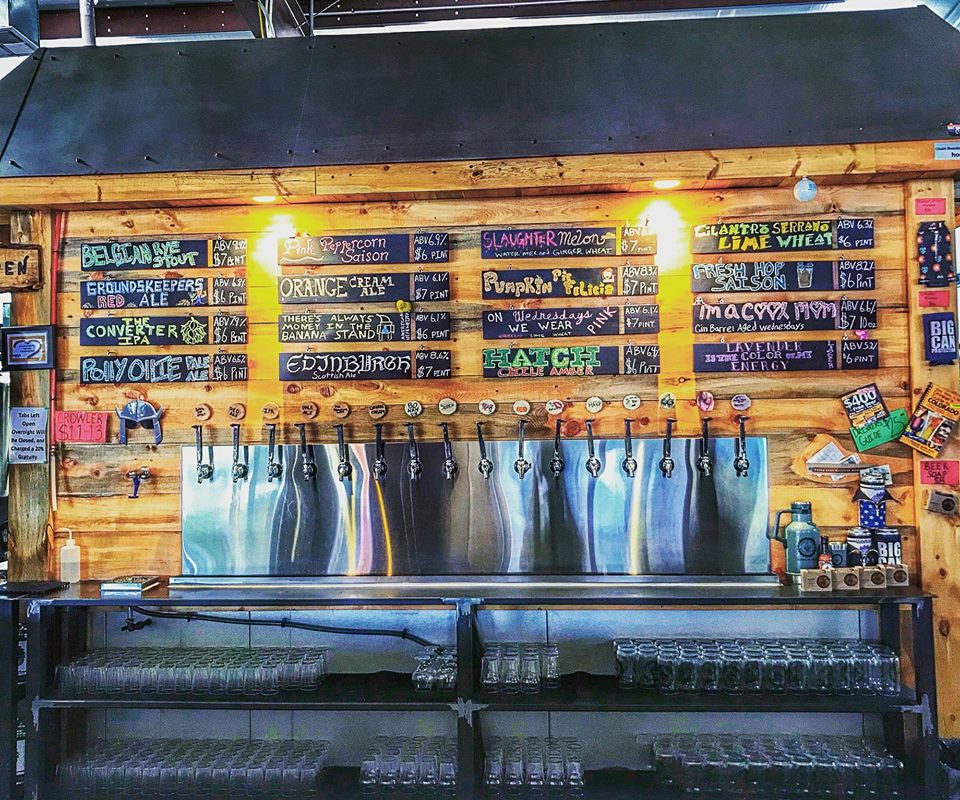 The Lowdown: Rye Fest is back and featuring 12 breweries’ best rye beers and food from Uncle Tapas. For $40 you get unlimited tasters and a limited edition collector pint glass. Proceeds from ticket sales will go to The Rebels Project which provides resources to survivors of mass trauma. Celebrate your favorite beer while supporting a good cause at Chain Reaction Brewing Company. 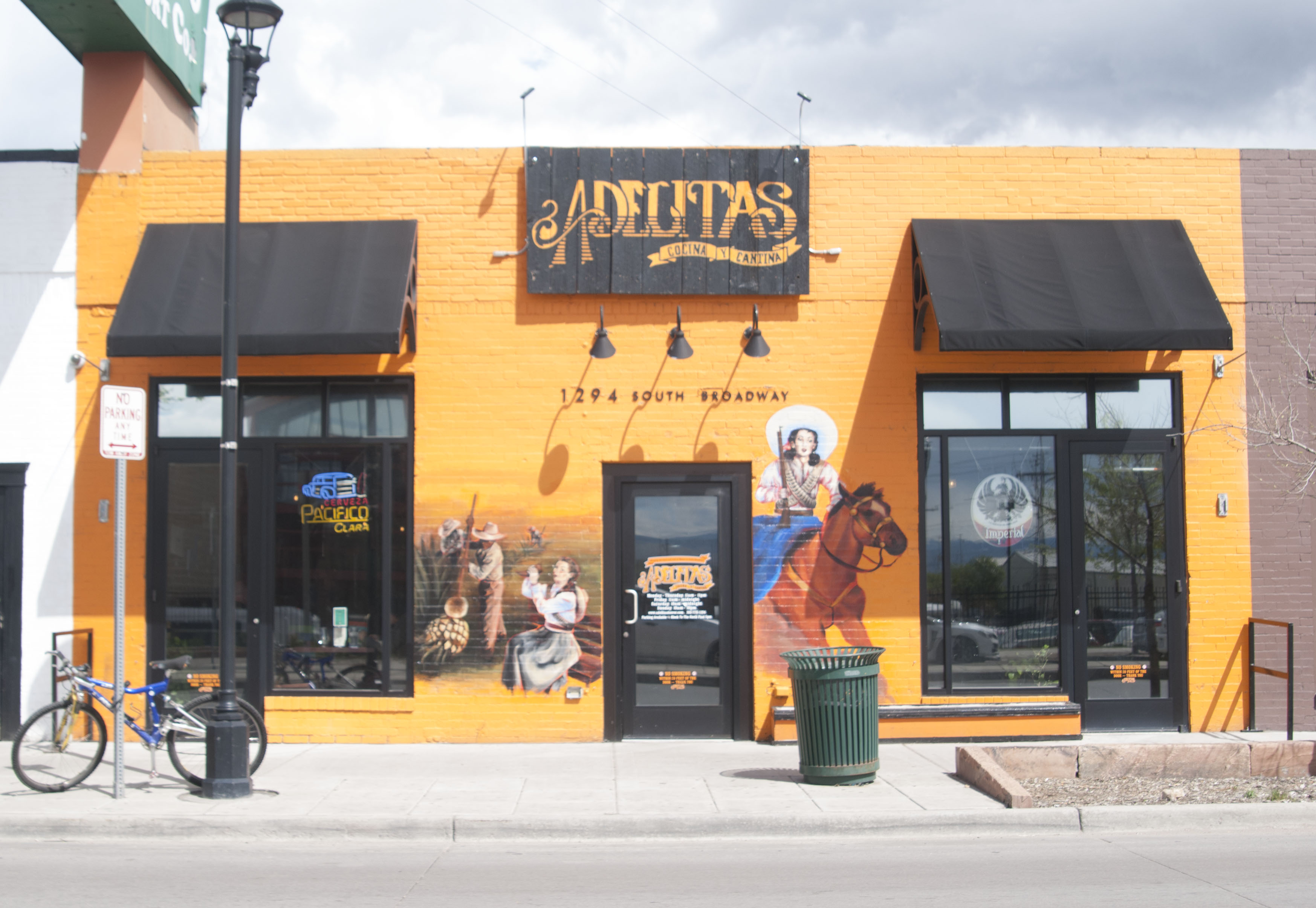 The Lowdown: Adelitas y Cantina and Palenque Mezcaleria present a week-long celebration of both businesses’ anniversaries and Cinco de Mayo. The festivities start Saturday on the Palenque Mezcaleria patio with DJ Tone and continue all week with food and drink specials at both locations. 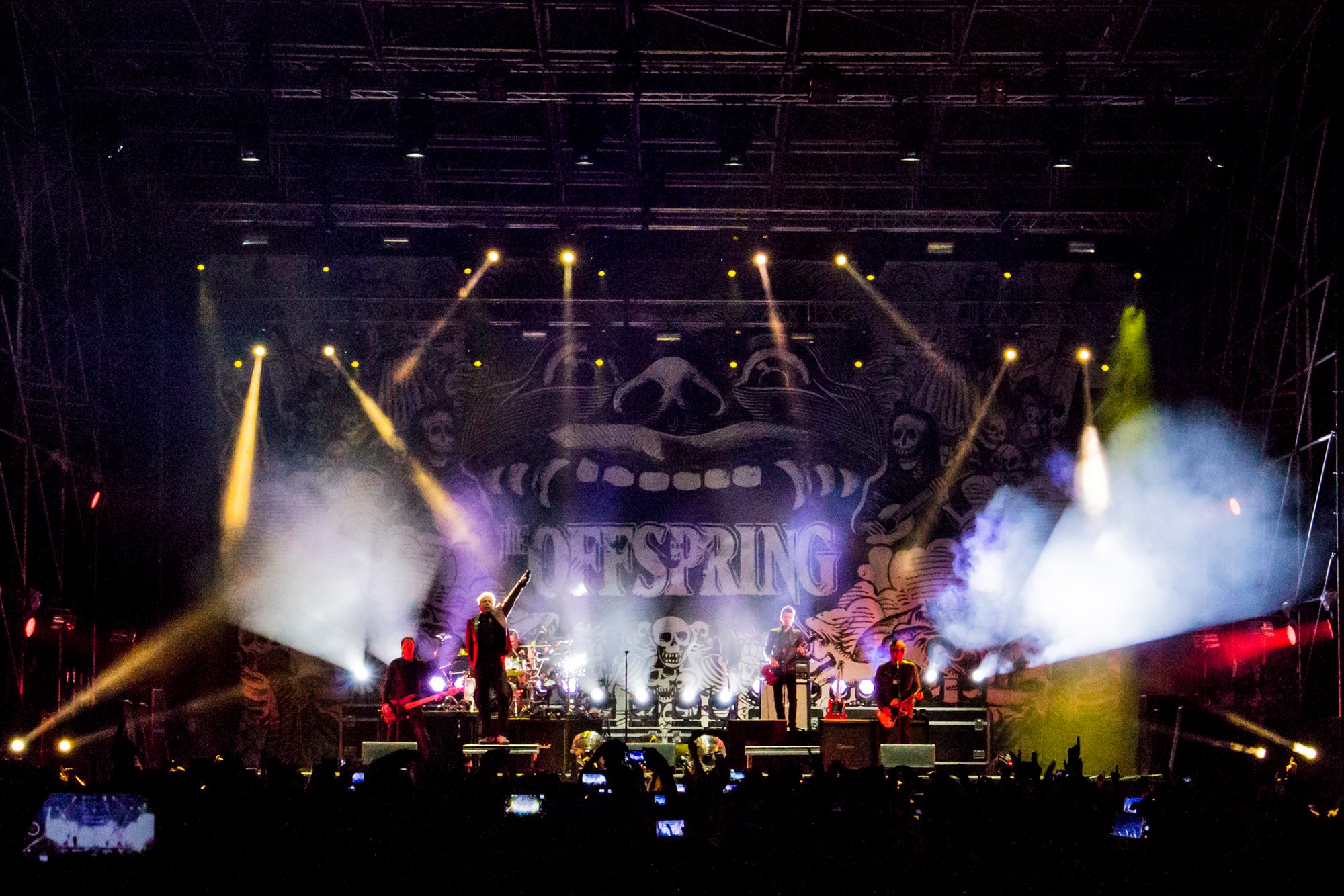 The Lowdown: Sabroso Craft Beer, Taco and Music Festival heads to Denver this year with an impressive punk lineup featuring The Offspring, Bad Religion, The Vandals, Black Flag and more. Tickets include entrance to the show and unlimited tastings of over 150 different craft beers. 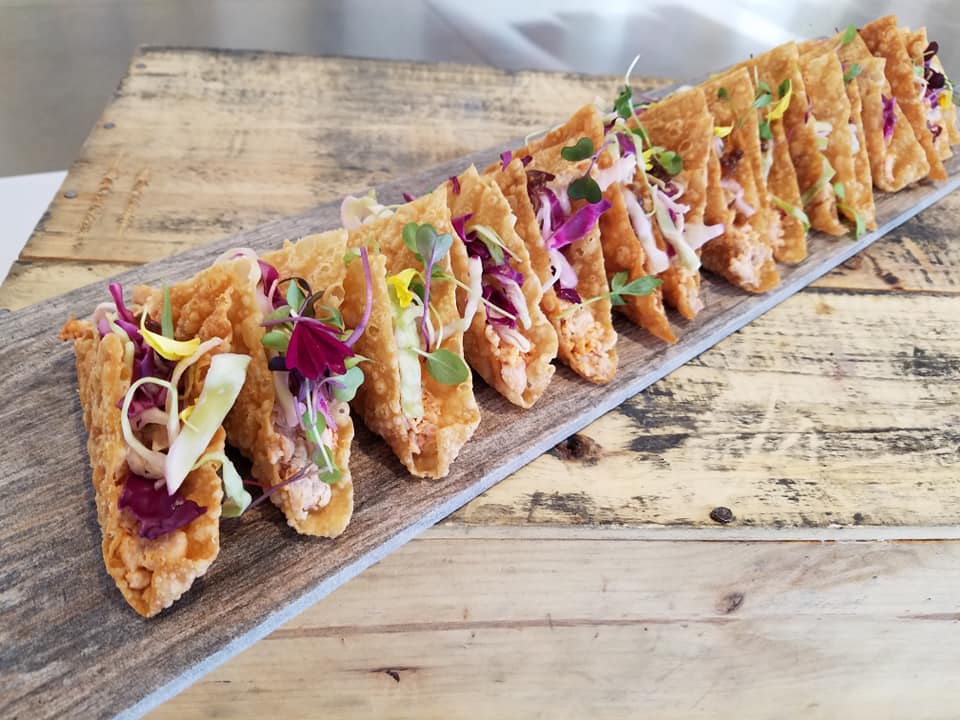 Photo Courtesy of Catering by The Inventing Room on Facebook

The Lowdown: Experience a truly unique brunch this Sunday with The Inventing Room at Diebolt Brewing Company. The four-course menu will feature your favorite brunch dishes in The Inventing Room’s whimsical style. Guests will also receive a takeaway gift of a 22-ounce bottle of Diebolt’s Populator Barrel Aged Barleywine. 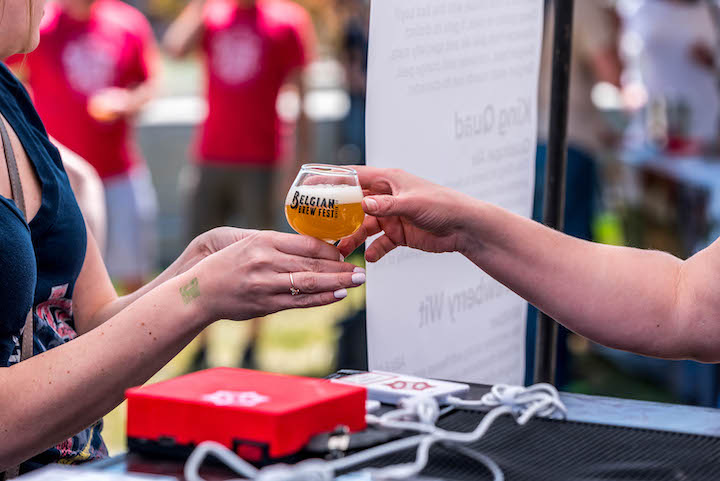 The Lowdown: Belgian Brew Fest is back at Bruz Beers this Sunday featuring beers from twelve Colorado breweries and kombucha from Trubucha for the designated drivers. Sip on beer samples and enjoy the spring weather while listening to live music.

Brunch on Decks at Zeppelin Station 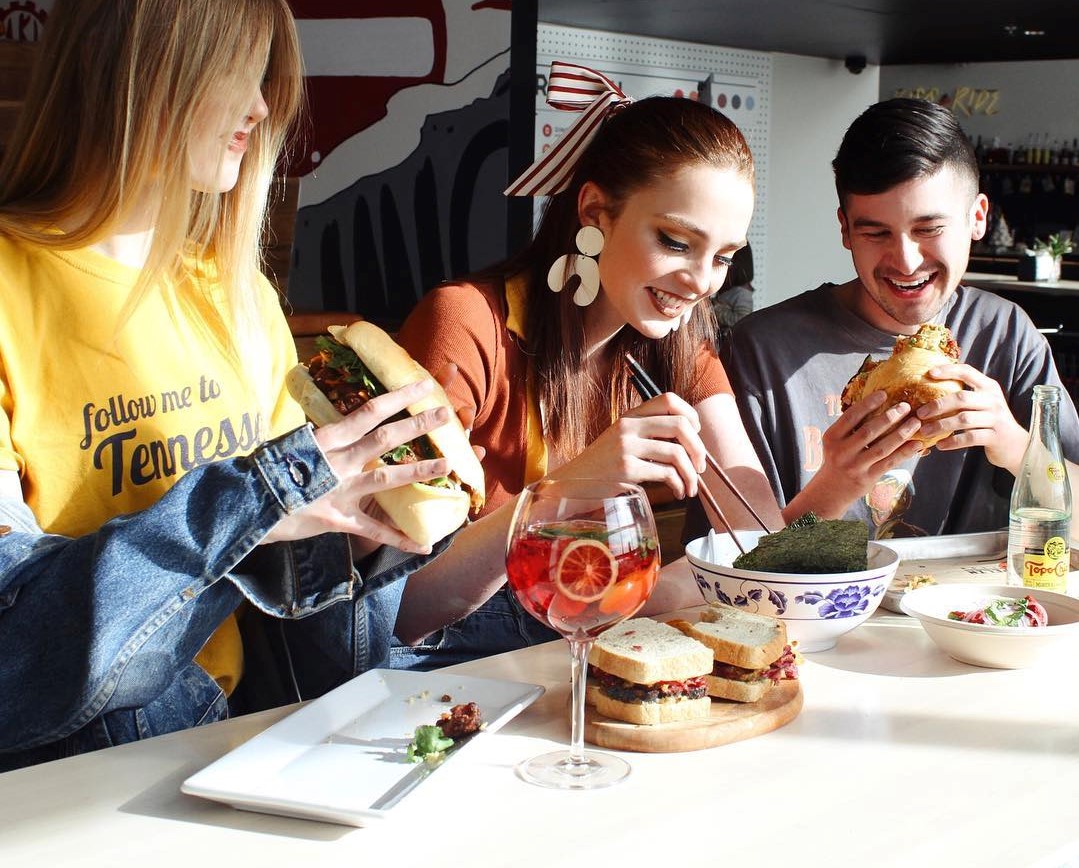 The Lowdown: Brunch at Zeppelin Station is partnering with Something Vinyl Club for a vinyl swap the fourth Sunday of each month. Enjoy brunch over a featured DJ set and enjoy $2 off destination drinks at Kiss + Ride. 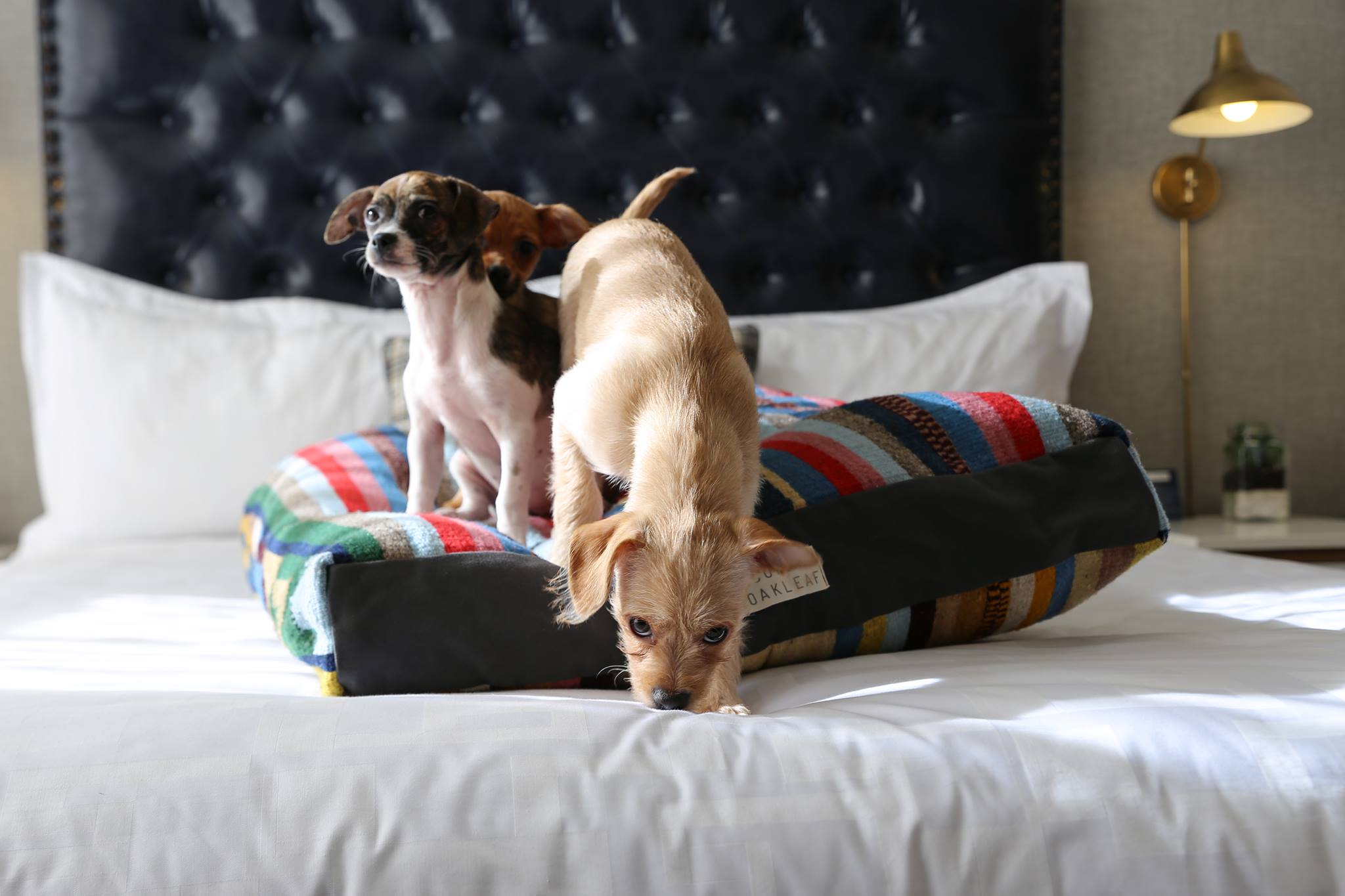 The Lowdown: Hotel Teatro brings back its puppy brunch to help donate money to the Underdogs Animal Rescue. Puppies will be in the lobby from 10 a.m. to 2 p.m. and will be available to play with for a suggested donation of $5. During puppy breaks, you can head over to The Nickel to enjoy the restaurant’s brunch offerings.