“It feels weird to still be doing this,” guitarist Alan Sparhawk softly quipped into the mic as he tuned his guitar between songs. Those were the first words spoken since they’d begun playing over an hour earlier, and the laughter emanating from the crowd marked the first discernible noise outside of the music that night. Low, who have existed as a band in some iteration or another for over 25 years, has garnered a reputation for holding needle-drop quiet live shows. And their fans, including Denver’s fans, respected the band’s quiet demeanor. Whispers rippled through the crowded Globe Hall on March 8 as various attendants wove their way through the crowd, and the magnitude of the silence between songs felt downright chilling. 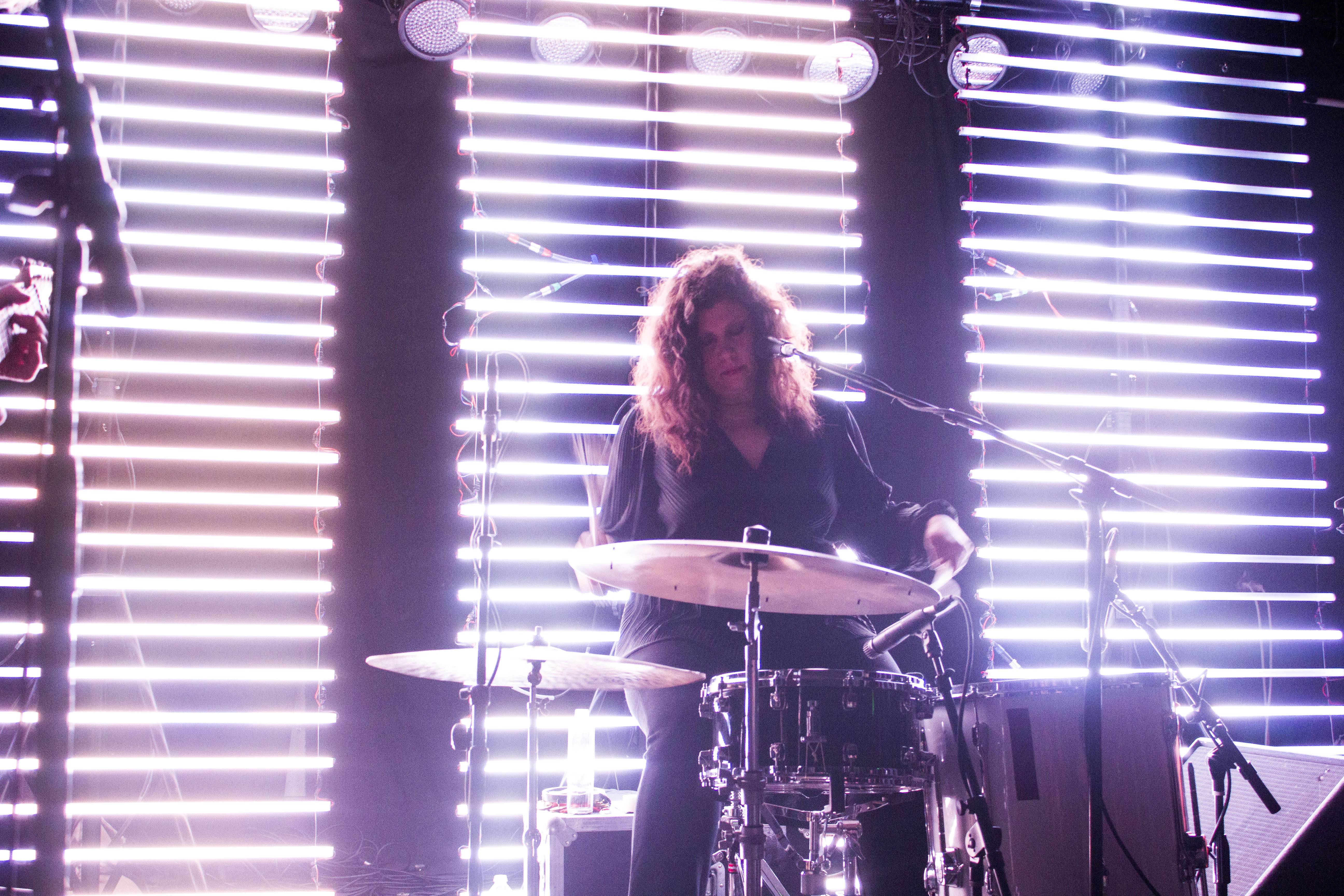 The most vivid sounds of Low’s performance came from Sparhawk and Mimi Parker’s gorgeously harmonizing vocals. Even after 12 albums and over 20 years of extensive touring around the globe, the duo’s vocals sounded as fresh as they did on their debut album, I Could Live in Hope. As Sparhawk struck the opening dirge-like twangs of “Lazy,” a hiss of excitement rippled through the crowd. By the time Parker hit the higher interval of the chorus — “Sarah, you’re lazy,” — the live version of this song sounded almost indiscernible from the studio version.

Parker’s unvarnished vocals on, “Weight of Water,” quavered slightly under the weight of raw emotion, carrying such unadulterated pain that attendants here and there visibly shuddered during the live performance. Their head-noddingly slow tempos felt thick and dreamy without once sounding treacly. In fact, when the somber mood felt almost stifling, Sparhawk took to the mic to crack a few jokes and lighten the darkening atmosphere of the crowded room. 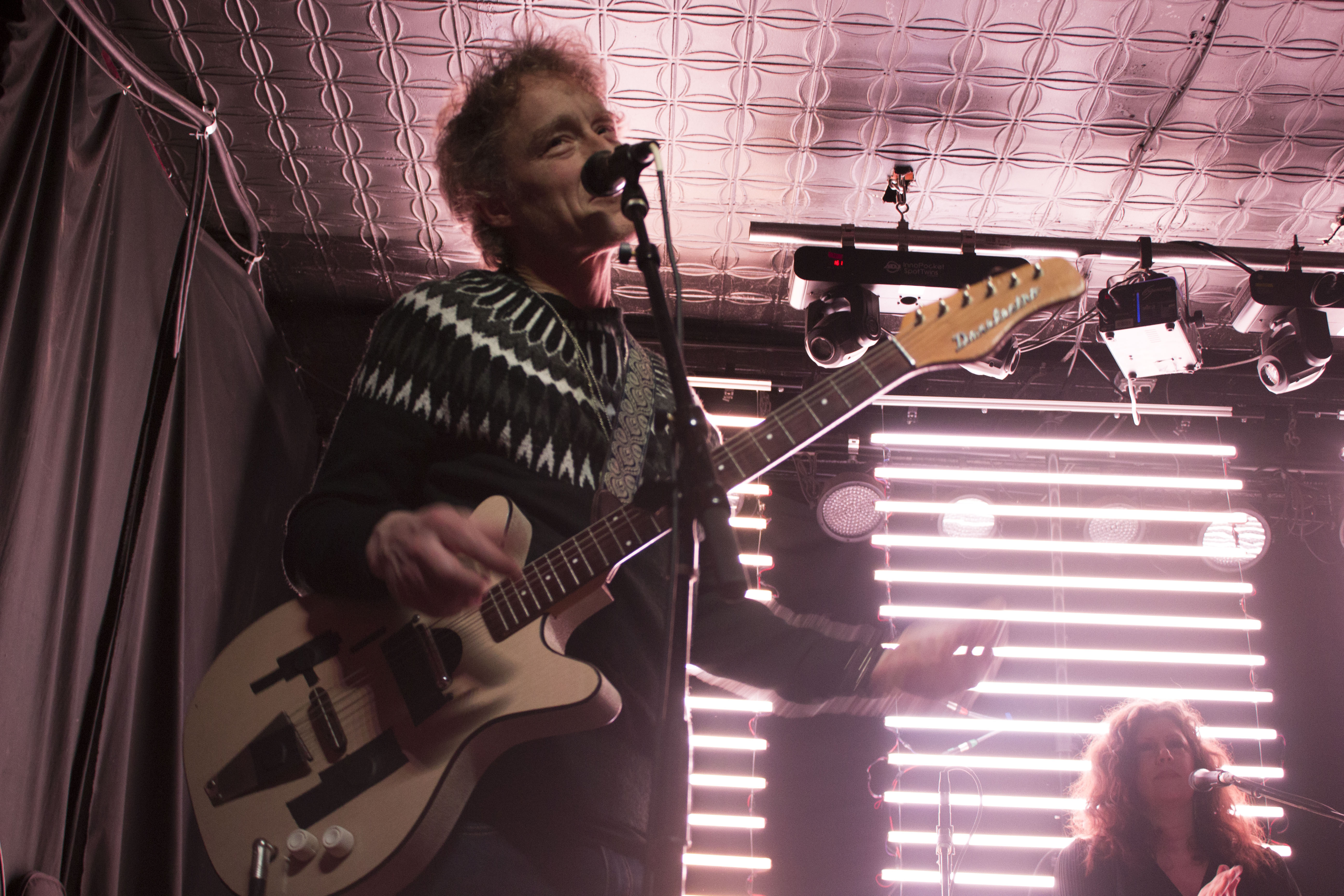 Low’s most recent record, Double Negative, was released on Sub Pop in September of 2018 and seems as though it was a product of the band’s gradual gravitation towards more electronic elements. Double Negative was the band’s most distorted and ambient work to date. Some had the expectation that this most recent record would be the primary focus of this particular tour. However, Low only performed two songs off of the recent album, bookending their set with a noisy sound collage of distorted samples — once at the beginning, and once at the end, of their set. The ladder of LED lights displayed flickering footage of windswept grasslands, recalling imagery from Sigur Ros’ documentary Heima. Occasionally the visuals were swapped for a single, close-up shot of an eye, which gazed out on the silent crowd, piercing and unblinking.

Low formed in 1993 in Duluth, Minnesota. Guitarist Sparhawk and drummer Parker, who are married to each other, remain the only founding members of the band. Low signed to the label Sub Pop in early 2004 and have remained on the Seattle imprint ever since, while also running their own record label, Chairkickers’ Union, based in their hometown of Duluth.

Opening up for Low on this tour was a Denver-born musician who has previously released material with Chairkickers’ Union — Nathan Amundson, who performs under the name Rivulets. A minimalist set up of Amundson on guitar and a drummer as the sole support, Rivulets played an ambient, at times meandering, set. Despite moments during his set where the song felt lost under layers and layers of reverb or absentminded noodling, Rivulets always managed to return to the song’s solid foundation. Both artists succeeded in transporting the crowd to an empty, snowy Minnesotan landscape with their atmospheric songs and quietly chilling performances.

All photography by Padideh Aghanoury