Part & Parcel has come a long way since their formation in 2016 as a five-piece bluegrass band. Since their initiation just a few years ago, the band has undergone the ups and downs of the industry, finding genre-fluidity, a fiercely loyal local fanbase and a new lineup along the way. Though they’re only a few years deep, it seems they have found their calling in Colorado, and Moss agrees, divulging that though not a native to Colorado, “there seemed to just be something in the water out here, and I wanted to try me some.” Just in time for spring, these hometown heroes will be releasing their first album, Happy Hour, featuring their newest band member, guitarist and vocalist Matt Flaherty.

Though the band went through a significant transition with their lineup this past winter, losing founding member Brandon Jay and finding a new fifth member in Flaherty, they say the process has gone super smoothly. Guitarist Jacob Moss told us about Jay’s departure that his now-former bandmates “love Brandon so much, and the decision that was made was mutual.” Change can oftentimes be a great thing, and Part & Parcel is a prime example. Moss expressed his feelings on the band’s new lineup, saying “having Matt changes a bit of the dynamic, but the dude is a force to be reckoned with. Every time I play music with him, I feel challenged, engaged, and quite frankly, a bit turned on.”

Really, Part & Parcel is a force to be reckoned with, and it shows on the six-track Happy Hour. Though relatively short, the album is great, covering all bases and giving listeners a taste of the band’s “strong focus on blending songwriting and improvisation.” Their creative and meaningful songwriting is especially prevalent in the album’s first tune, “Lost and Found” — “Spent last night just gasping for air / There’s never enough for the two of us / It ain’t just that I ain’t willing to share / The air’s just thinner when you’re around.” 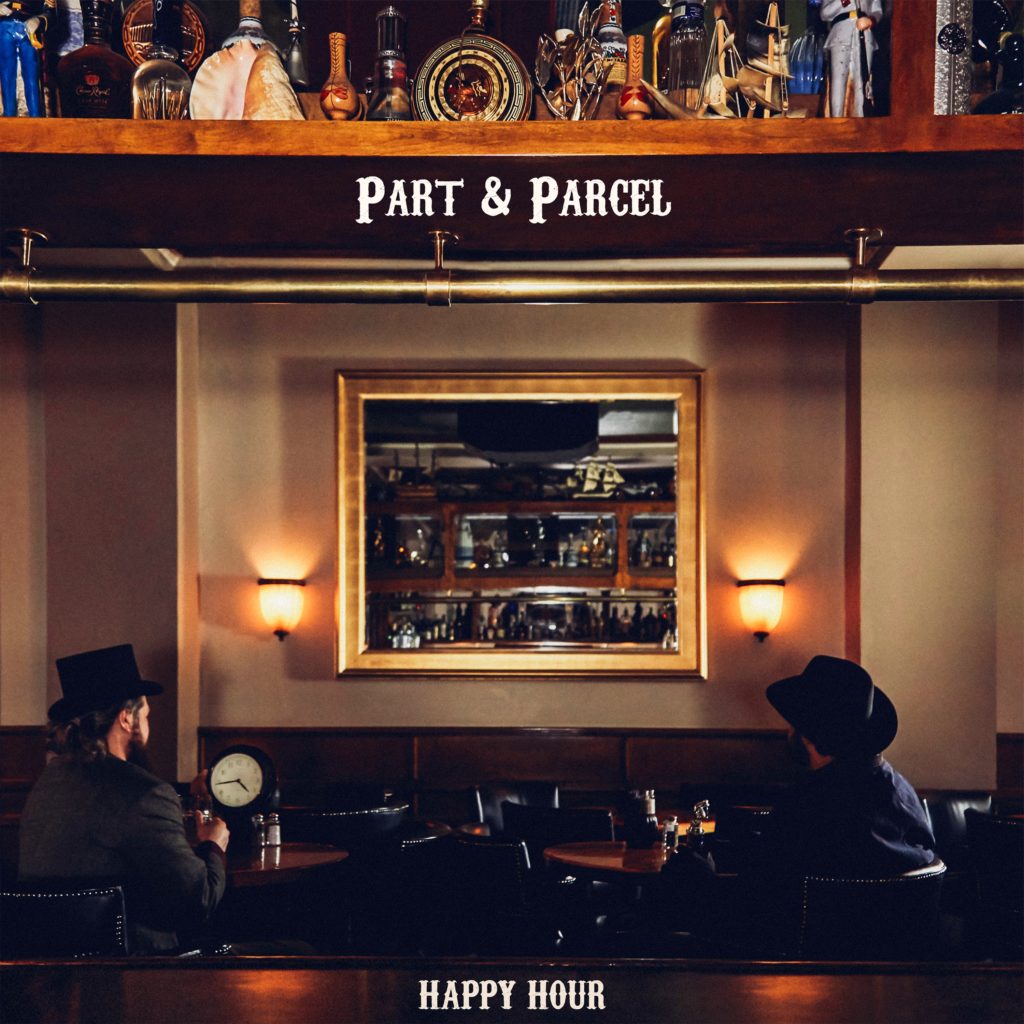 Part & Parcel have been honing their improvisational skills, which are beamingly obvious throughout Happy Hour. This is most evident on the album’s namesake song “Happy Hour,” a foot-stomping dance tune, or the jam-heavy “Down In the Valley.” The album’s got a little bit of everything, from the fast-paced and bluegrass-inspired “444” to the down-tempo and more acoustic-focused “The Porter of Porter.” The highlight of the album is the sixth and final song, “Fall From Your Feet,” which combines the band’s prodigious instrumentation with their endearing lyricism — “It’s a little piece of her heart I carry inside of mine.”

Despite the album’s length, we’ve heard there’s more to come. According to mandolinist Mark Pietrovito, “we also have a lot of new material we are bringing to the plate that is not on the album. I think this is the year we will really come into our own.” And just maybe fans will get treated to some yet-to-be-released material as well as the album’s incendiary new material at the album release party on Saturday, March 9 at Cervantes’ Other Side. What we know we can expect from the album release party, however, is a raging good time. Part & Parcel are no strangers to the Cervantes’ stage, and this time around they’ll be joined by Envy Alo, Amoramora and the Mercenary Horns to make for, in Moss’ own words, “a lively affair.”

Tickets are available for Part & Parcel’s album release party at Cervantes’ Masterpiece Ballroom and Other Side on March 9 here.