Shannon RobinsonMarch 1, 2019Lifestyle + CultureNeighborhoods
Home
Featured
11 min read
Historically, the movement westward was central to the freedom of many people. Colorado served as a hub for travelers and settlers of many different backgrounds to meet, interact, and enjoy the prospects of freedom and fortune in the west. Although the time of covered wagons and gold rushes has come to pass, Denver keeps history alive through the retelling of diverse stories at the Black American West Museum. 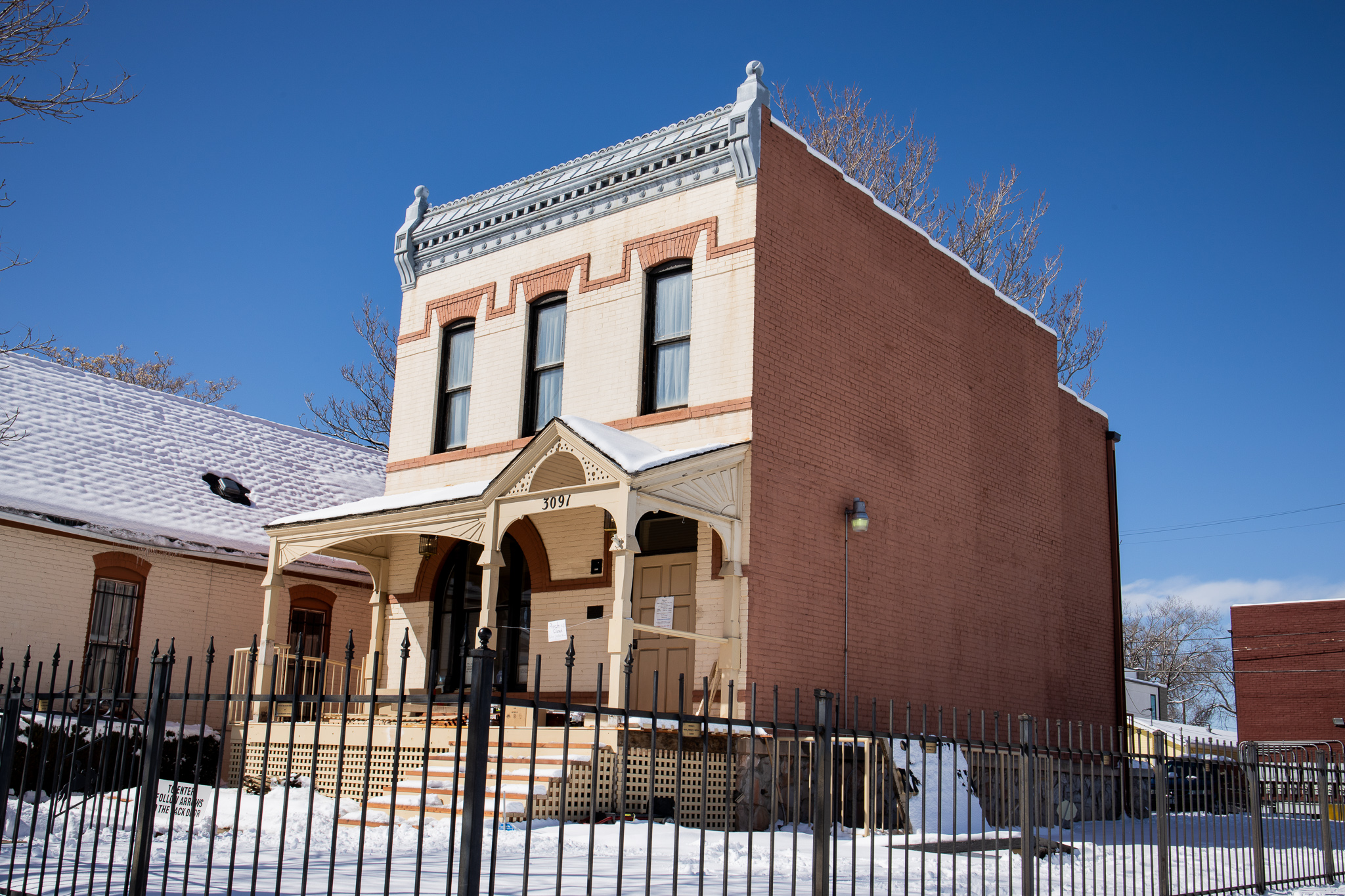 First opening its doors in 1971, the museum focuses on the lives and culture of African American men and women who crafted their own stories and contributed to early western society in Denver and beyond. The original owner of the building was Dr. Justina Ford who worked as the first black female licensed doctor in Denver, Colorado and used the space as her office and home. Her work often involved serving those who otherwise did not have access to medical care because of their social and economic status in the early western times. Inside the museum are artifacts belonging to Dr. Ford such as an examination table and tools along with other artifacts from other early western African American figures such as Bill Pickett (whose name is eponymous with the Bill Picket Invitational Rodeo that is hosted in Denver yearly), Clara Brown (also known as the “Angel of the Rockies” whose image is immortalized at the state capitol in stained glass), and James Beckwourth (a famed mountain man who established an expansive fur trading pursuit).
Located in the modern-day Five Points neighborhood which is historically highlighted as a bastion for a vibrant African American community in the west, the Black American West Museum continues to grow and prosper in its collection of history and outreach to community. Last November, the National Museum of African American History & Culture (NMAAHC) from the Smithsonian Institution in Washington, D.C. traveled to Denver to collect and digitize many artifacts and documents from the Black American West Museum. Earlier this year in January, Dr. Renee Cousins King, a longtime property-owner, local community member, and pediatrician, donated $100k to the museum; her father was one of the babies delivered by the famous Dr. Justina Ford who delivered an estimated 7,000 babies during her 50-year medical career. 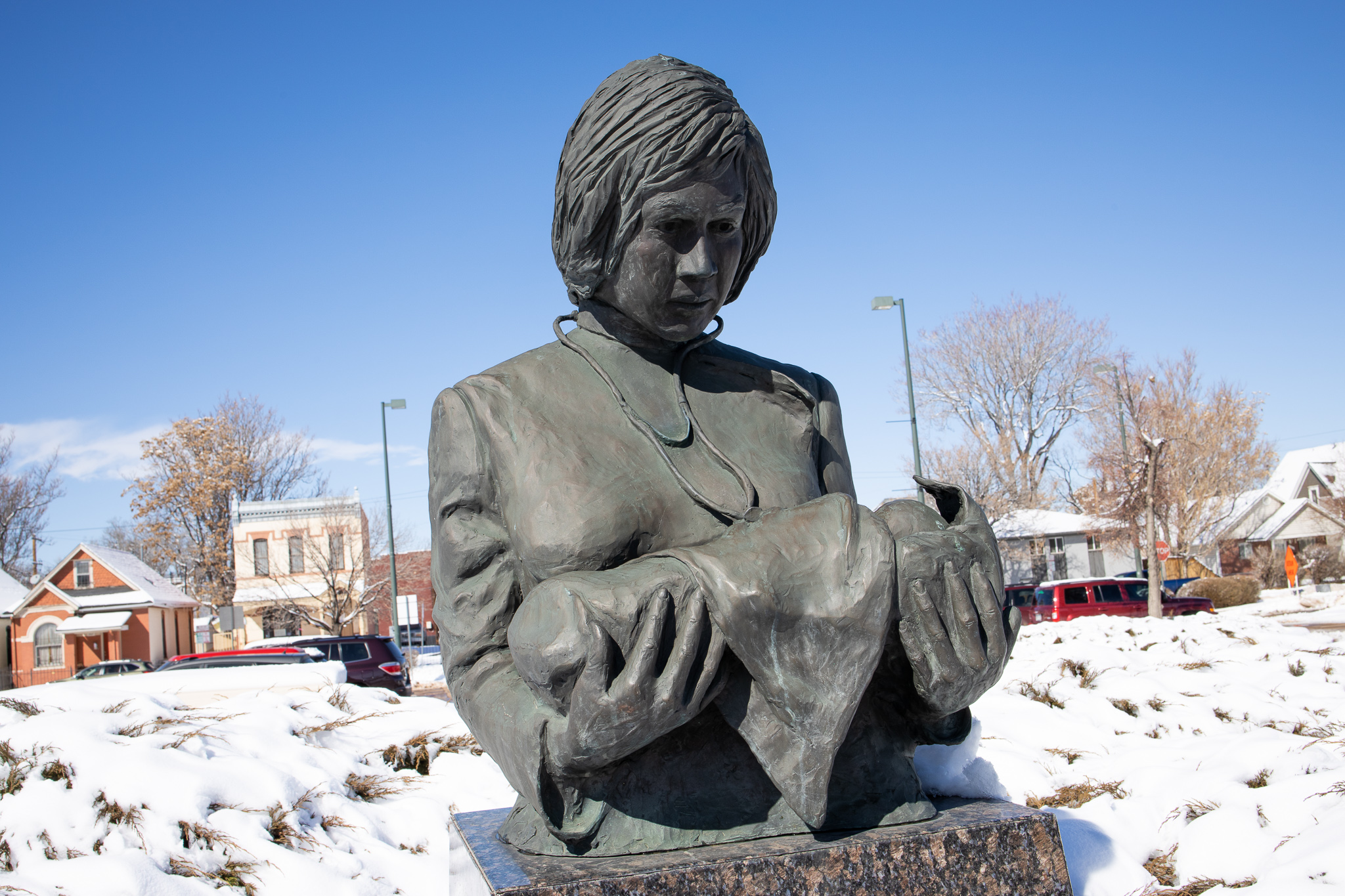 Statue of Dr. Justina Ford outside of the museum. Photo by Karson Hallaway.

Relevancy and modernity are at the forefront of the future for the Black American West Museum as efforts to keep history alive manifests through the work of historical reenactors at the museum. Before her passing in 2012, Jane Taylor founded the History Alive Reenactors Guild in the 1990s and her work ultimately inspired the formation of the Jane Taylor Reenactors Guild. The group conducts extensive research through the Black American West Museum and revives the life of African Americans prominent in Colorado and western history such as trailblazing cowboy Nat Love, businessman and civil-rights pioneer Barney Ford, and the revolutionary Cathay Williams who was the first African American woman to enlist in the United States Army while posing as a man during her service. 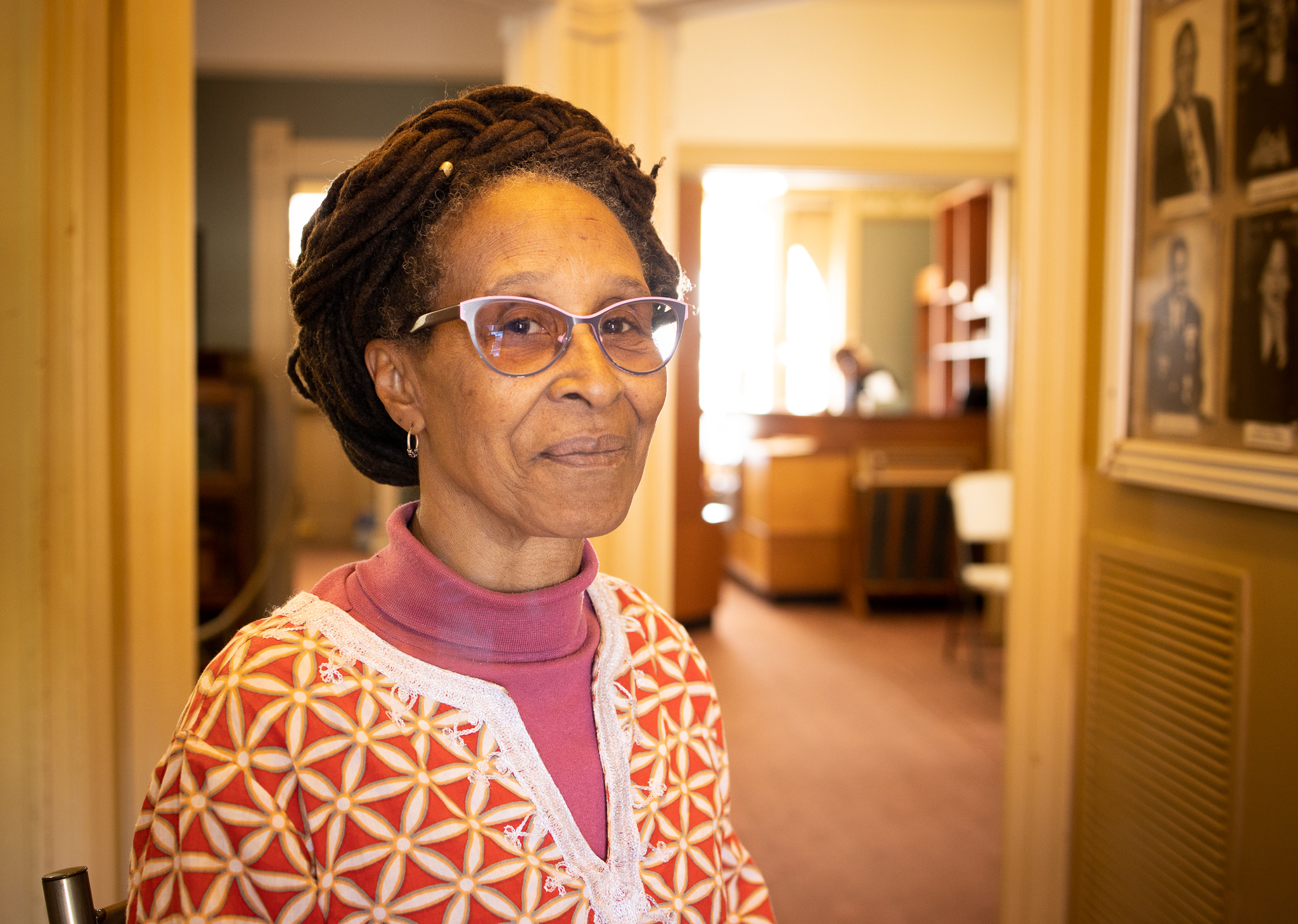 Eleise Clark-Gunnells sits in the main hallway of the museum. Photo by Karson Hallaway.

Eleise Clark-Gunnells currently works as the coordinator for the reestablished Jane Taylor Reenactors Guild and is constantly inspired by her own connection and passion for African American history. Clark-Gunnells describes herself as “second generation free” due to her ancestry. Her grandfather was born as a slave and her grandmother’s father was a slave owned by a ward of Colonel Browning. She often remembers the stories her grandmother shared about “people with trees on their back,” alluding to the colorful language used to describe those with scars from the brutality of their enslavement. Clark-Gunnells also works as a Black American West Museum board member and museum archivist in addition to acting with the Jane Taylor Reenactors Guild.
As a reenactor, Clark-Gunnells plays the role of Cathee Williams and strives to share the challenging yet rewarding art of reenactment with others.
“The greatest challenge is finding people who put the time and effort in and people who realize it is not easy…we want to find people who have dedication and love for what they do. We do it because we love telling our story,” Clark-Gunnells said when asked about the challenge of recruitment for historical reenactment.
Clark-Gunnells added, “My love of history inspired me to dedicate my time towards this. There is always a story that needs to get out and I believe in young people; I want more youth to take their place and help continue to share history.” Involvement of youth in historical reenactment is an area of priority for the Jane Taylor Reenactors Guild as the group hopes to inspire younger individuals to participate and learn through apprenticeships. 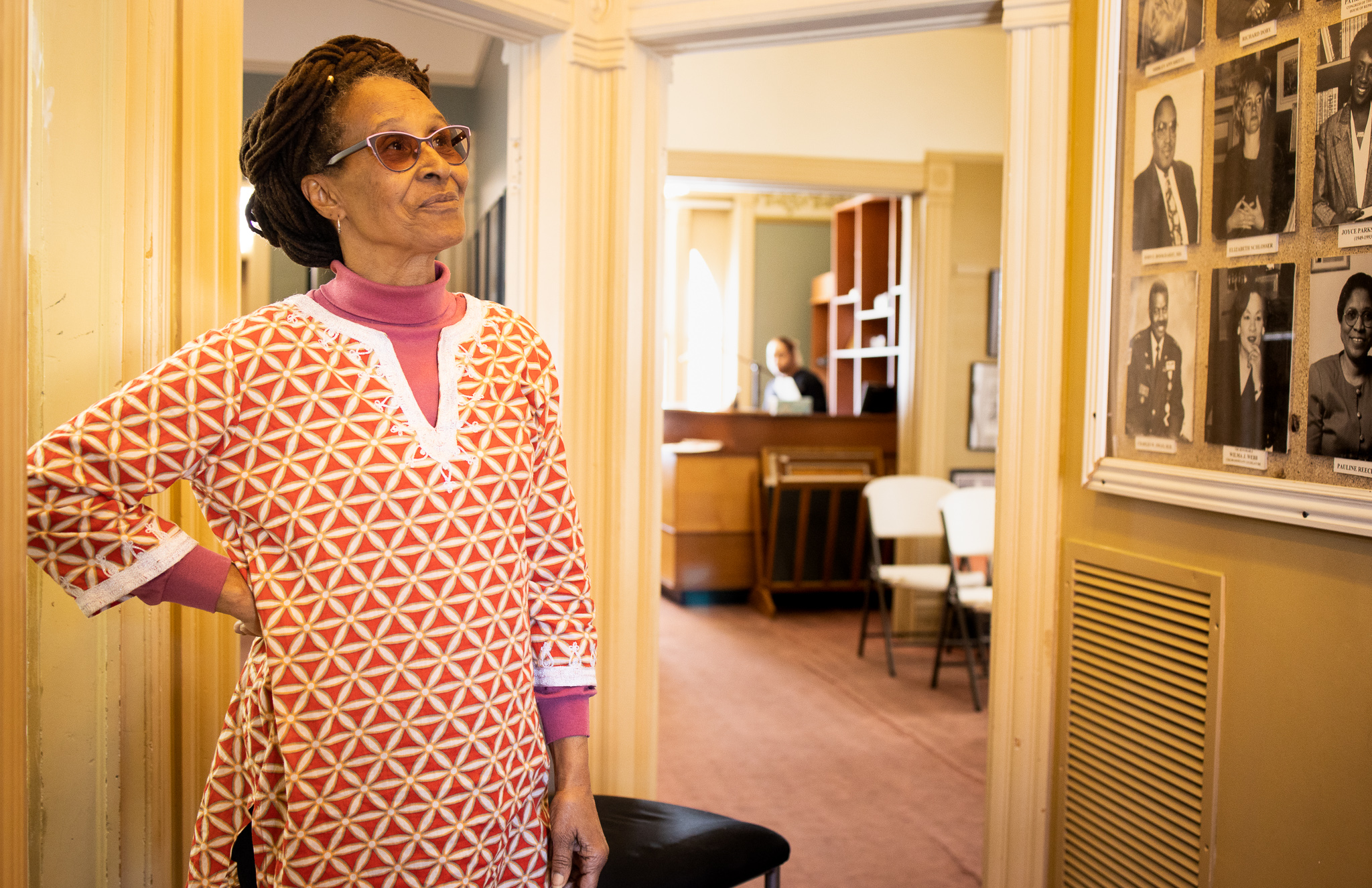 Eleise Clark-Gunnells admires the wall of community donors to the museum. Photo by Karson Hallaway.

The Jane Taylor Reenactors Guild and the Black American West Museum aims to bring a certain degree of justice to the history of the West and African American history in Colorado by providing access to accurate history.
“I do this to kill the myths about black cowboys, inventors, and all people in the West,” Clark-Gunnels said about her work as a researcher and archivist. The importance of representation and inclusion both in the modern day and in history is central to the work of the Black American West Museum and the Jane Taylor Reenactors Guild.
The Black American West Museum & Heritage Center is located on 3091 California Street and is open Fridays and Saturdays from 10 a.m. to 2 p.m
All photography by Karson Hallaway.