Review – The Knocks Took The Bluebird To Studio 54

Cue the house lights, the dissipating fog, the rush of passing conversations — the intrigue, the resolution to dance — it’s showtime, and the Knocks are performing. For all intents and purposes, the New York-based electronic duo seems permanently intertwined with ‘The City That Never Sleeps,’ a Studio 54 version, remastered to the lifeline of today. Hedonistic and indulgent as the former nightclub that came before them, The Knocks have been crafting dance-floor filling pop tunes and remixes for nearly a decade now. Their grip on sending a contagious pulse through the floorboards is incredibly underrated — prompting many to question why they were playing a venue as modest as the Bluebird Theatre in the first place. However, for the many dedicated fans who trudged through the arctic tundra ongoing outside to make it to the theater, it was a treat — a delirious house party shimmering in gold. 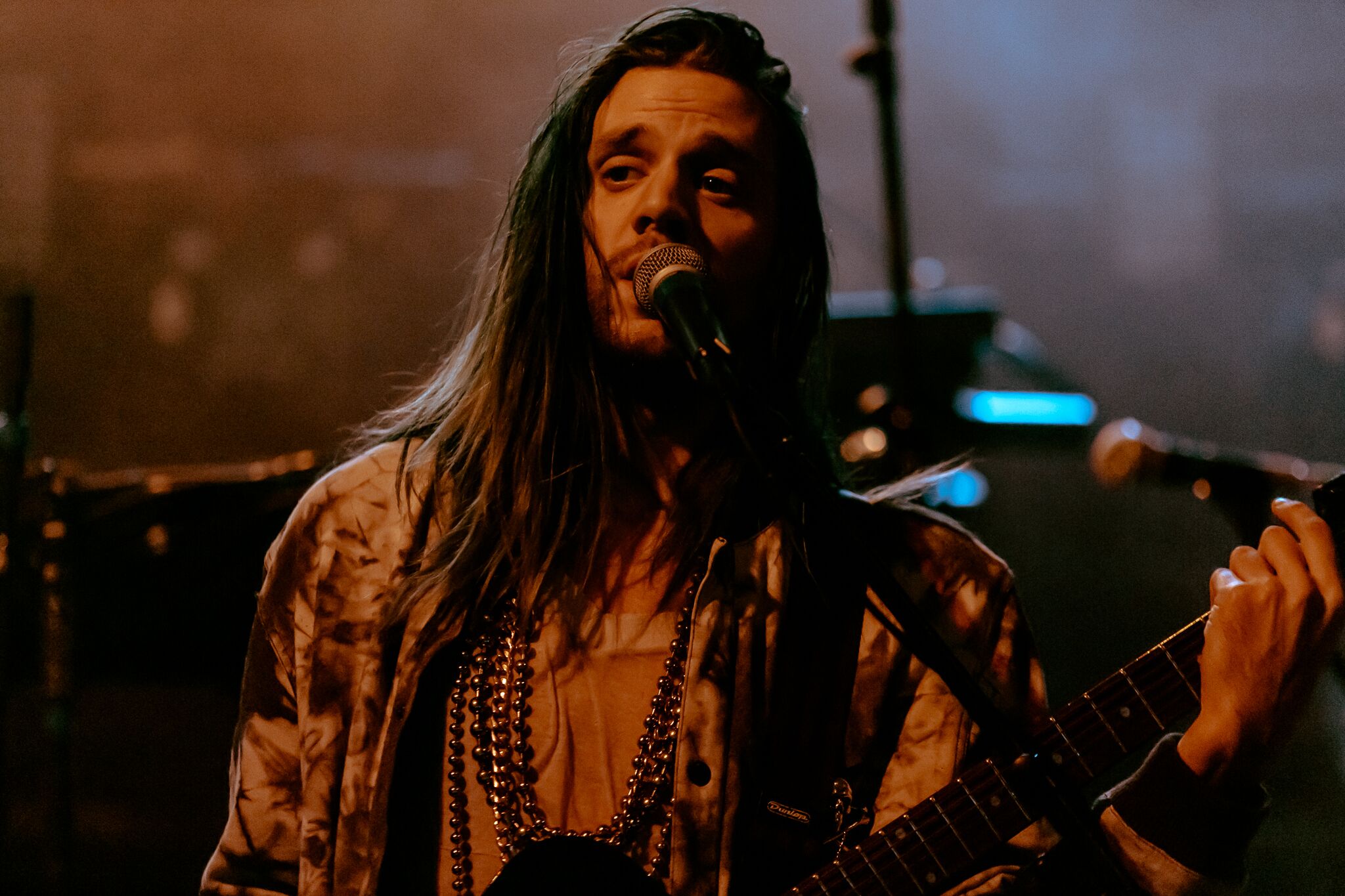 Fellow New Yorker and rising electronic pop act Young & Sick (aka Nick van Hofwegen) opened the performance. Barely squeezing on the stage amidst the sea of equipment, Hofwegen burst into the frame in a wave of pop and funk. Straggly brown and blue hair whipped into a frenzy, Hofewegen spun about his tiny space before abandoning the stage completely to join the audience defrosting and beginning to dance on the theater ground. His falsetto-heavy tunes floated straight to the rafters and rode the disco-tinged basslines and four-on-the-floor beats.  Much like the art he’s also famous for, Hofwegen engulfed the audience in a world of his own design, a vivid portrayal at dance-pop at its frothiest. Through the euphoric “Ojai” to a left-field cover of Ariana Grande’s “no tears left to cry,” there wasn’t a still person in sight. 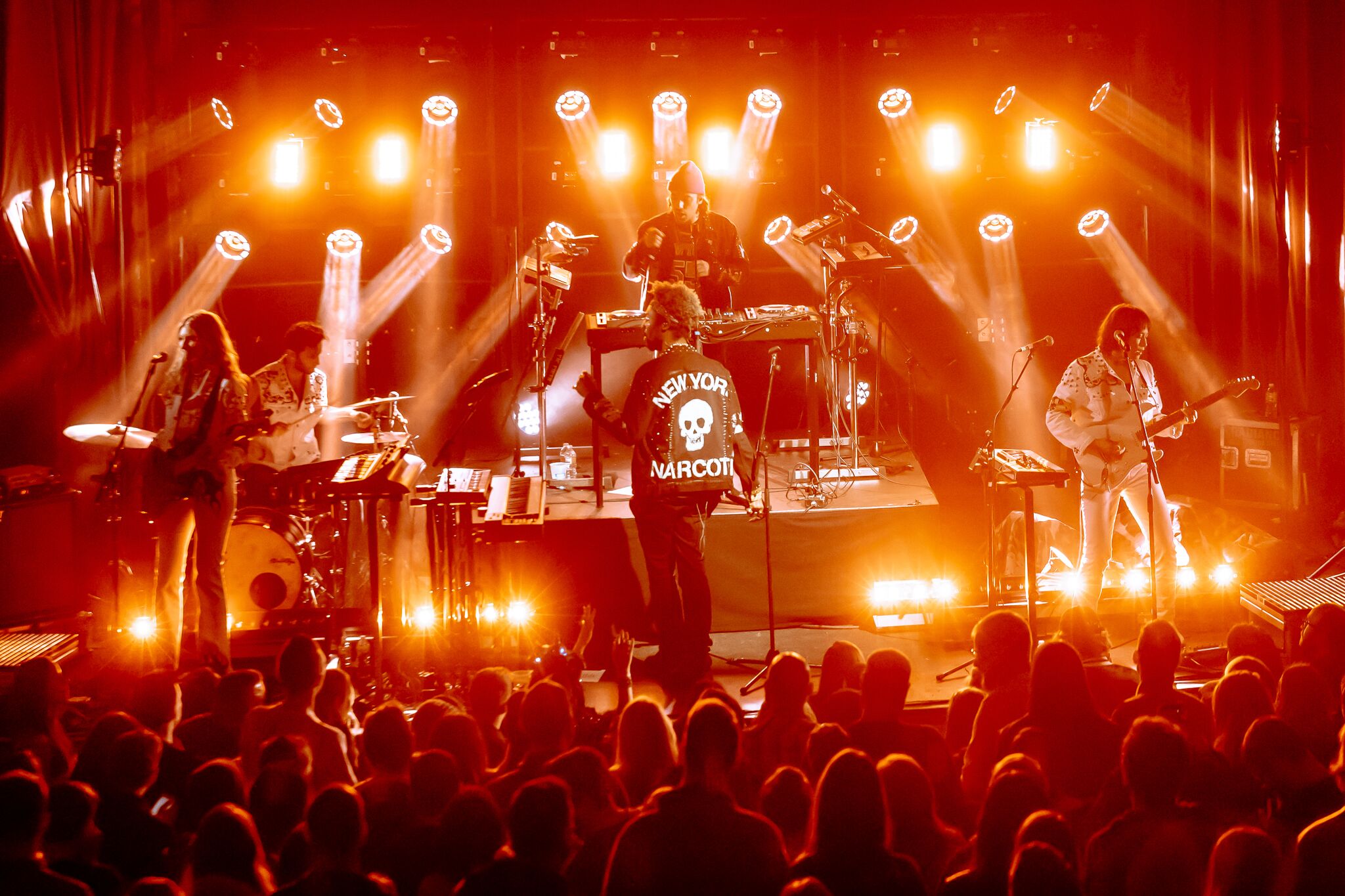 When it came time for The Knocks to hit the stage, they did so in grand fashion. With a full band in tow, passing through bright beams of light from the massive lighting rig, The Knocks stood statuesque — two female guitar players, a drummer in the corner, and the core of the group Ben “B-Roc” Ruttner and James “JPatt” Patterson on different stage levels as they triumphantly led into A$Ap Ferg’s “Work.” Charged up as if we’d just gained admittance into their exclusive club, The Knocks led us by the arm, into the VIP-treatment of a performance. The band divided the performance into parts, bouncing with ease from vibe to vibe, indulging the audience into full band renditions of some of their newest tunes mostly from this year’s, New York Narcotics. From there the group dismissed the rest of the band and launched into a small DJ set featuring some of their most floor shaking collaborations like “TROUBLE” and “House Party” complete with inflatable pidgeons wearing silver chains — a true New York moment. Reuniting with the band, like a 2 a.m. final call, The Knocks rallied themselves and the audience into songs like “Classic” and “Ride or Die” — the crowd-pleasing nightcap before the heels come off and the fast food comes out. 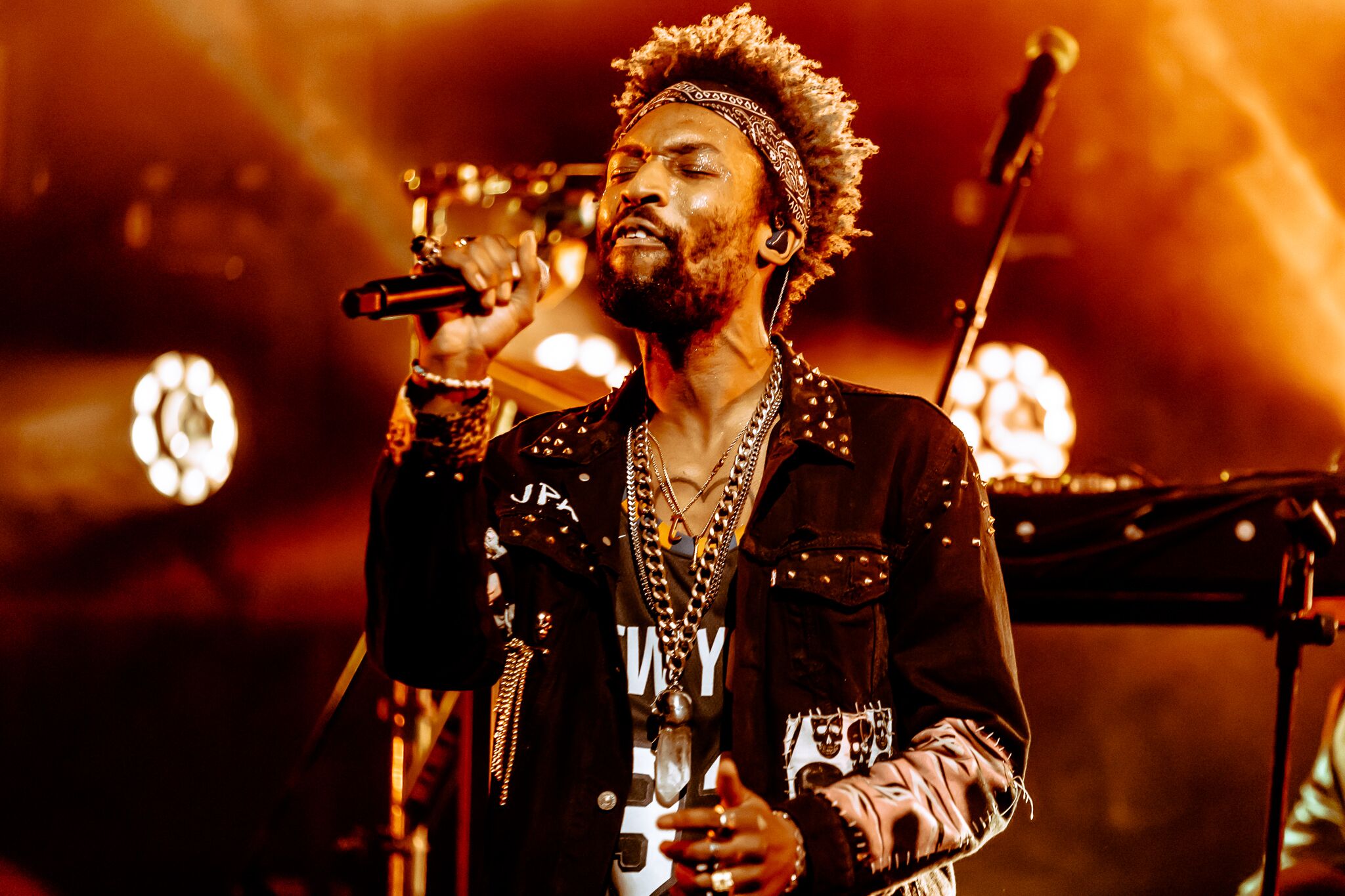 James “JPatt” Patterson of The Knocks

That feeling that comes when the house lights come up and everyone stares out into the abyss of the weekend, is as apt as ever in describing the period between when The Knocks getting off the stage and the crowd actually leaving the building. Many stood around, trying to figure whether an after-party was in order, or if there was a come down to the extravagant come up until the reality of Thursday approaching crashed the party. But hell, The Knocks set the weekend off right, even though it was the weekday.