The Symbols make a point to create music that stands for something, which may be obvious given their name. The trio — made of Don Stahl, Jasco and Mer Sal — released their latest album, Catching Fire, in late 2018 to triumphant local success. The 10-track project is sure to serve as a milestone for the group and one of the best projects of their careers. Not to mention, the group tours relentlessly, which makes new material easy to catch live.

Fronted and fueled by bassist and songwriter Mer Sal, The Symbols are taking the momentum from this recent release and hoping it can continue to project them into the ears of fans everywhere. The tracks fuse together the lengthy careers of each member and produce a work that is fresh and new. Catching Fire touches on the perils of love, the importance of self-reliance and the necessity to shake it. Whatever “it” may be.

Sal’s words drive the listener down a journey of self-reliance during the rocking album opener, “Good For Me.” The track serves as a nod to determined independence, with a quick beat and clever lyrics. However, she brings back the tenderness with the sweet “Let’s Be Love,” and the contrasting content alludes to a lifetime of ups and downs in the world of romance. “Like all artists, I think the main goal of creating and releasing music is to express the stories within you and give them a chance to be heard by others,” explains Sal.

“I think this is our best recording to date and we’ve received good words from the press,” she continues. “We’re also playing a lot of the new material live, and when fans buy the record that’s the ultimate compliment.” By fans, she means the local devotees who have loyally followed The Symbols since before they were even The Symbols. However, it doesn’t take a lifelong fan to resonate with the powerful lyrics and catchy riffs. The music flows through many genres, providing slow and fast bangers to throw on for a room full of friends, such as titles “Sparkle” or “Shake It.”  The titular track “Catching Fire” swims somewhere in the middle, wildly blaring a fiery declaration while simultaneously allowing a slow burn build up. 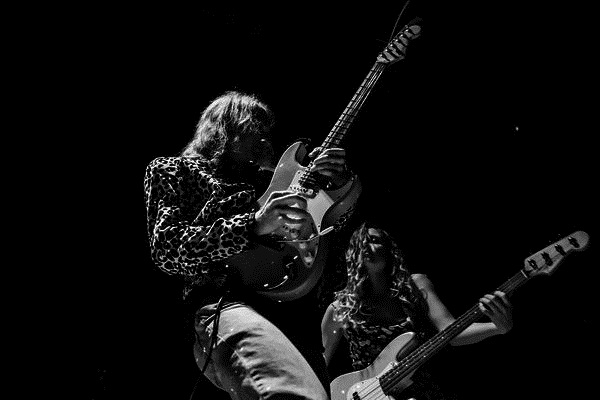 The Symbols look to bring their home state recognition from their recording and aim for the national stage to perform. “I feel there are a lot of great musicians here, but that the Colorado music scene hasn’t caught the national spotlight as much as it deserves yet. I want to make the best music I can to be a strong part of the team, and represent Colorado music to the world the best that we can,” says Sal. With the peppy jazz of “Soon” and “Rules,” her goal is in clear view.

The Symbols are taking their new songs out on the town over a dozen times between now and May, and catching a good album live is always a must. “We’re a live band – we don’t rely on any loops or pre-recorded tracks when we perform,” describes Sal. “[W]e’re creative. So expect the songs to sound different than on the record. Each performance will be different, which is what makes live music exciting.”

The Symbols new album Catching Fire can be found here. See them live at The Zephyr Lounge on February 22.