’90s babies remember the golden age of boy bands better than anyone. The ’90s gave us *NSYNC and the Backstreet Boys — groups that captured the hearts of teen girls nationwide with their pop beats and impressive coordinated dances. Those of us who lived through those glory years are reluctant to let the good times die so easily. Most of us still have small crushes on the pop stars that captured our hearts as youngsters. While some were busy lusting after Justin Timberlake or Nick Carter, others were caught up in the brief stardom of the band Dream Street. Dream Street is the band we all have to thank for the talented heart-throb Jesse McCartney. McCartney took the stage at the Ogden last night and reminded us all why our crushes never fully went away.

Whitney Woerz opened the night with a set full of pop jams, but unfortunately, she was facing an uphill battle. The impatient fans turned out for early 2000s tunes and they were less than welcoming to the young pop star. Fortunately, Woerz’s presence was electric and contagious. By the end of her set, she’d conquered the feat of making mental health acceptable to talk about and had most of the crowd dancing along as she grooved all over the stage. 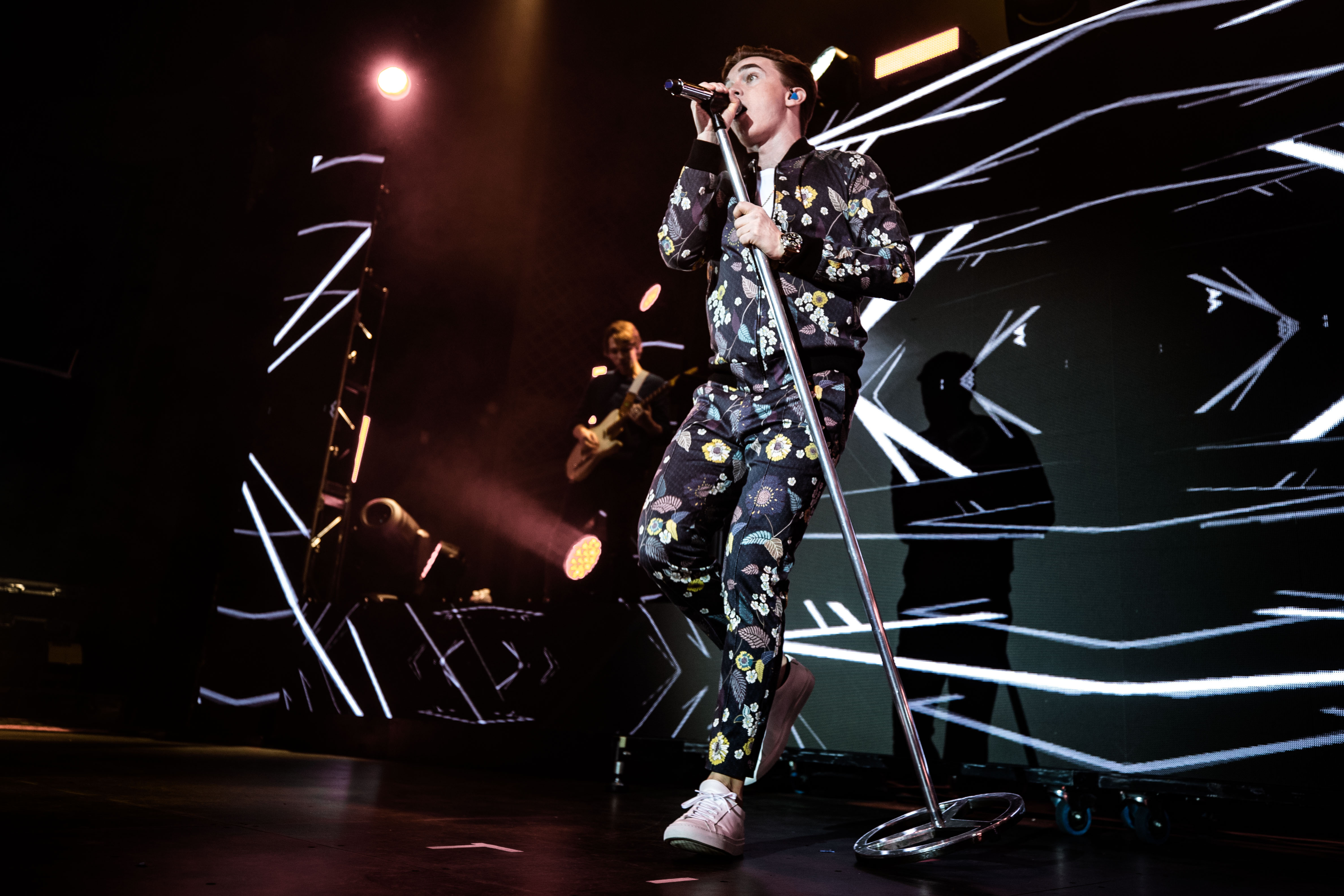 McCartney finally took the stage shortly after 9 p.m., kicking off his set with the 2009 hit “How Do You Sleep.” After that, the hits kept coming, and the crowd kept singing along. The audience was packed with true fans who knew every word — giving McCartney plenty of opportunities to relax and let the audience do the singing for him. The pop star was all smiles all evening and his perfect pearly whites were all the charm he needed to encourage everyone to sing louder.

After a quick outfit change — from all flowered print to a blue suit — McCartney began talking about his appreciation for his fans. In honor of his tour, the “Resolution Tour,” he asked the crowd about their new year’s resolutions. “More self-love,” and to be “a better version of myself” were the prevailing answers. The consensus is clear. For Denver at least, 2019 will be the year of self-love. For McCartney 2019 marks a year of new music. “My New Years resolution,” McCartney told the crowd, “is to finish an album this year.” A resolution which only excited the crowd more. 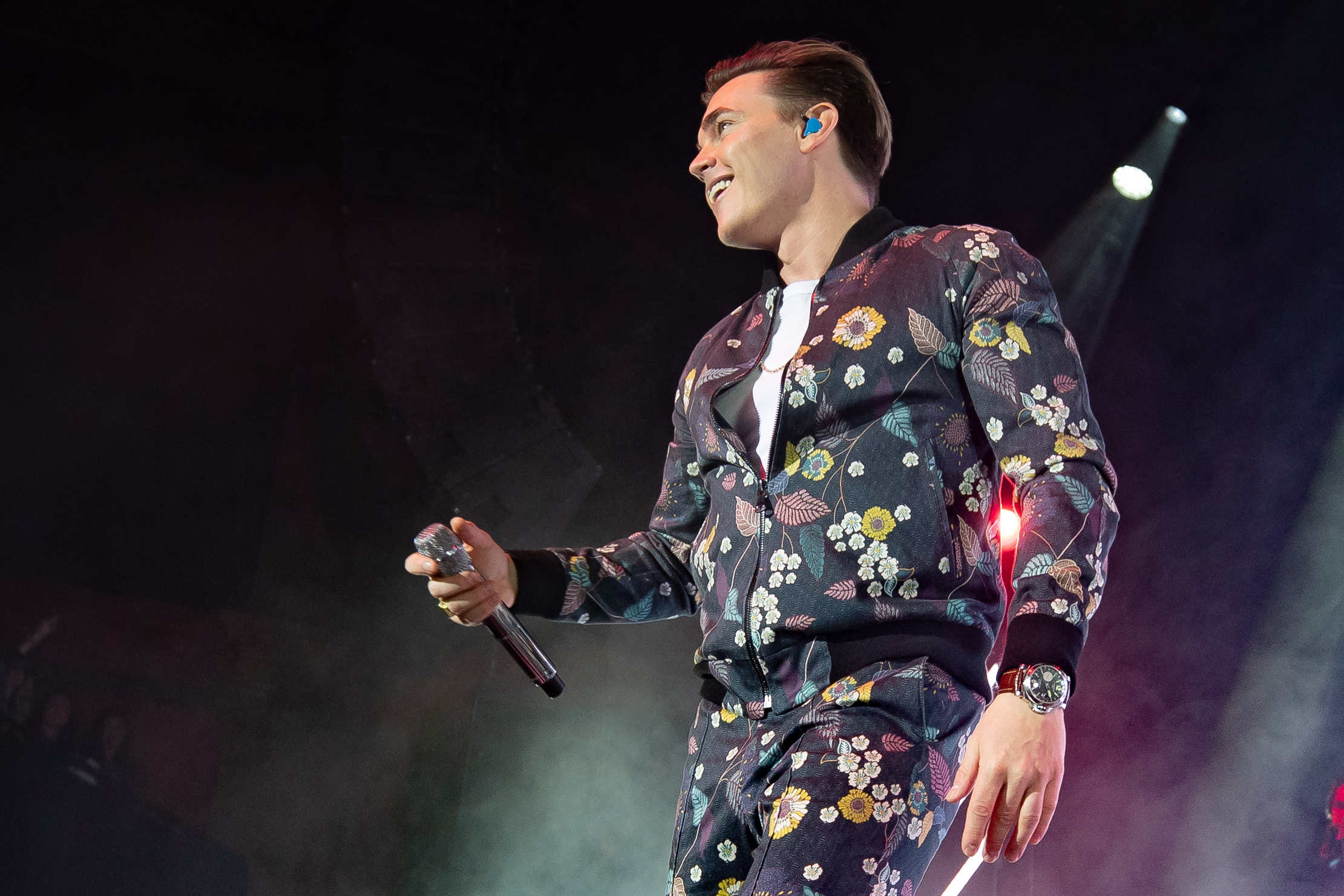 For one lucky attendee, there was something more exciting than the promise of new music. McCartney asked for volunteers and every hand in the audience seemed to fly into the air. He selected one fortunate fan to come on stage with him for a song. Before the serenade began McCartney discussed the past break up that inspired the song. Mid talk one member of the crowd voiced the thought that was on everyone’s mind, shouting “Who breaks up with Jesse McCartney?”

McCartney ended his set with “Beautiful Soul,” the early 2000s hit that kick-started his solo career and made everyone swoon. It was the ending that everyone hoped for, but it came all too soon. After nearly two hours of singing, McCartney left us all wanting more after sweeping us off our feet yet again and rekindling those forgotten crushes of our youth.