This month, expect to see a limited-edition sandwich at Blackbelly in Boulder. The beloved sandwich shop is participating in Swap Meat – a cross-country recipe sharing event started by Publican Quality Meats in Chicago. PQM is a big name sandwich shop in the Windy City, helmed by James Beard award-winning chef Paul Kahan. The chef de cuisine at PQM, Joe Frietze, wanted to spice things up to start off 2019 by partnering with some well-known sandwich makers across the country.

To amp up the excitement around sandwich eating, Frietze decided to celebrate some of the incredible things other chefs are doing around the country. “We made a list of all our favorite sandwich places with chefs that are really pushing the envelope by creating exciting and delicious sandwiches,” Frietze explained. At the top of the list were Turkey and the Wolf in New Orleans, Zingerman’s Delicatessen out of Ann Arbor, San Francisco’s Tartine Manufactory and Blackbelly here in Colorado.

“Collaborations like this are a win-win because if one of our guests here has a featured sandwich that they love, they’ll likely make it a point to visit that location during their travels,” Frietze said. 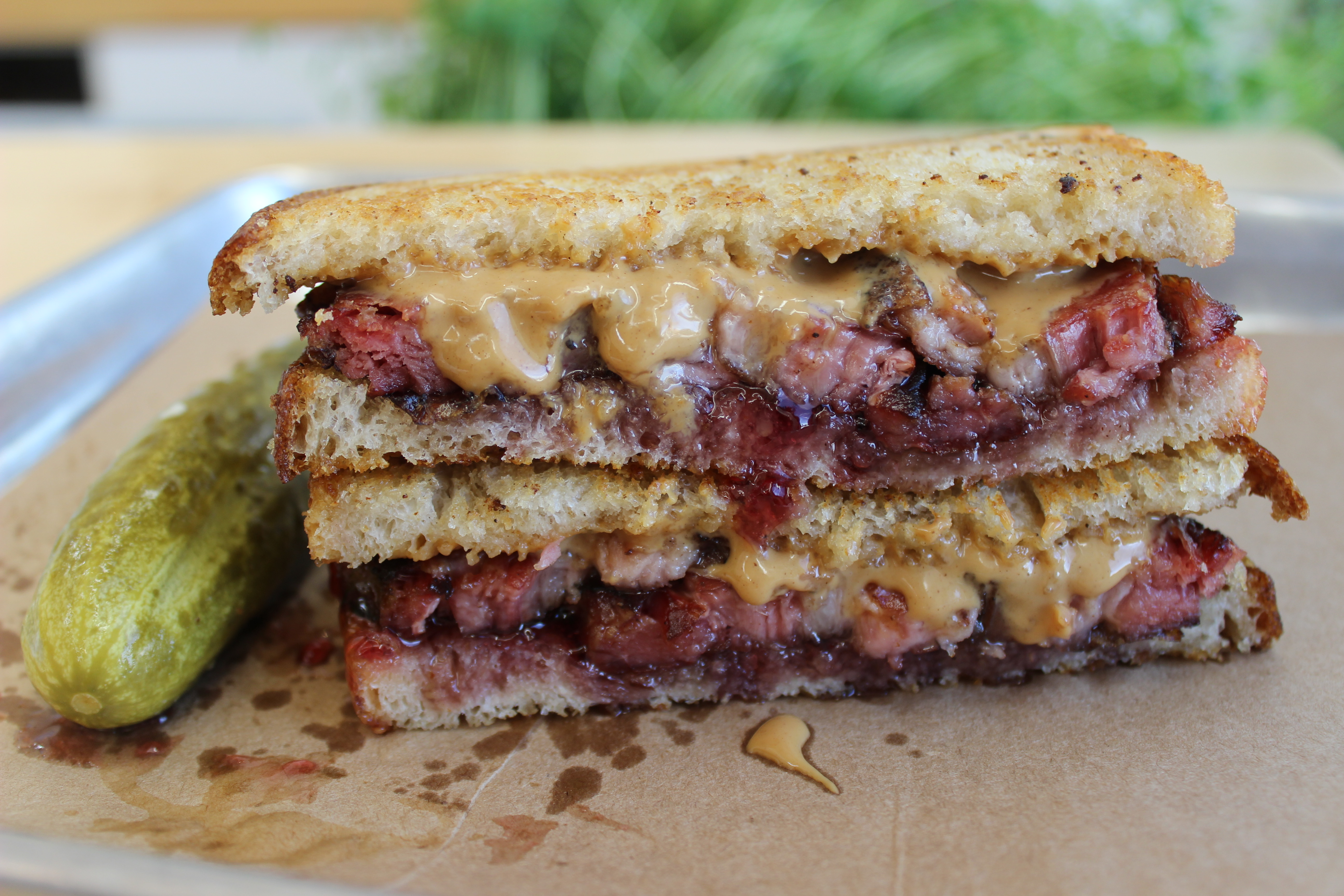 “It’s an honor to be contacted by [Publican Quality Meats],” Chef Hosea Rosenberg of Blackbelly commented. He also shared that a large part of the inspiration for Blackbelly came from his visit to Publican Quality Meats. “It’s very meaningful and a big honor for us to do something with them because they’re kinda our heroes out in Chicago,” he added.

Rosenberg chose Blackbelly’s Pork Belly PB&J recipe to share with PQM for the month of February. This customer favorite sweet and salty sandwich features crispy braised pork belly and homemade peanut butter and jelly fixings. In turn, he’ll serve up his own rendition of Publican’s Piri Piri Pavo – made with turkey, avocado, sunflower aillade, sprouts and a chile-ginger-garlic packed piri piri sauce. “We’re really excited to be involved with it,” Rosenberg said, and to be giving “people in Chicago who may never have been to Boulder [a chance to] get a taste of what we’re doing out here.” 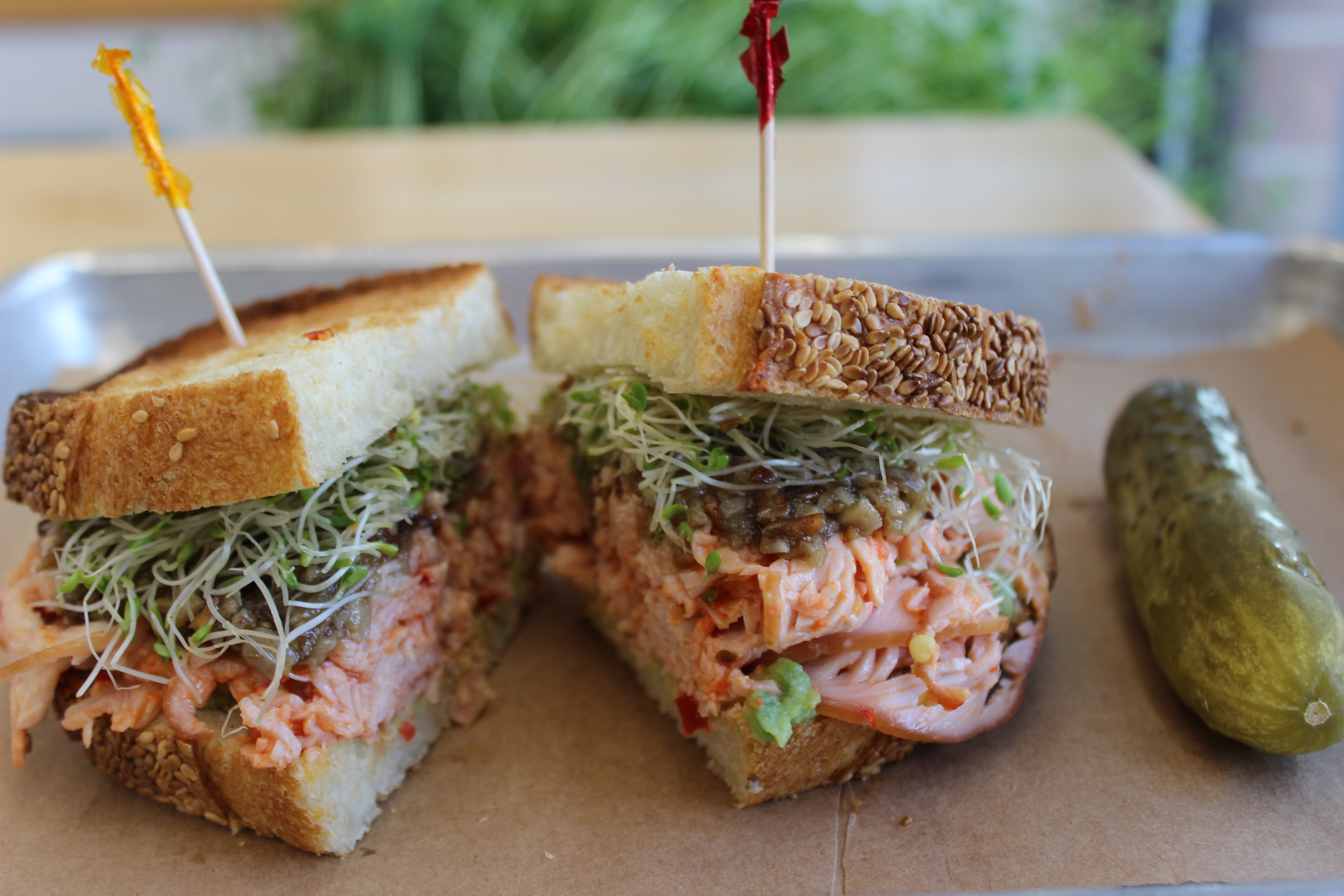 “Including Blackbelly was a no-brainer,” Frietze commented. Rosenberg’s values in running Blackbelly match those of PQM, such as “working closely with local farms for sourcing his meats that are natural, hormone and antibiotic-free.” Frietze explained that he wanted to include Blackbelly in Swap Meat not only because of his creations in the kitchen, but also because they “share an important mutual respect for the animals we use in our butcher shops.”

Blackbelly is located at 1606 Conestoga St., Boulder and is open on Monday through Friday from 7 a.m. to 5 p.m. Chef Hosea Rosenberg is serving PQM’s Piri Piri Pavo at Blackbelly through February.

All photography courtesy of Blackbelly.