Experience A Poetic Vision of Earth from Space With NASA Imagery, Dancing and Live Music

Since the first time humans were launched into space, astronauts have related the transcendental sights they’ve experienced beyond the atmosphere back to all of us. Perhaps more than any other perspective, it seems that floating in space has inoculated astronauts with a vision of Earth that sees through the political, social and cultural boundaries we are bound by.

An Apollo 14 astronaut, Edgar Mitchell, once said “You develop an instant global consciousness, a people orientation, an intense dissatisfaction with the state of the world, and a compulsion to do something about it. From out there on the moon, international politics look so petty. You want to grab a politician by the scruff of the neck and drag him a quarter of a million miles out and say ‘look at that, you son of a bitch.'” 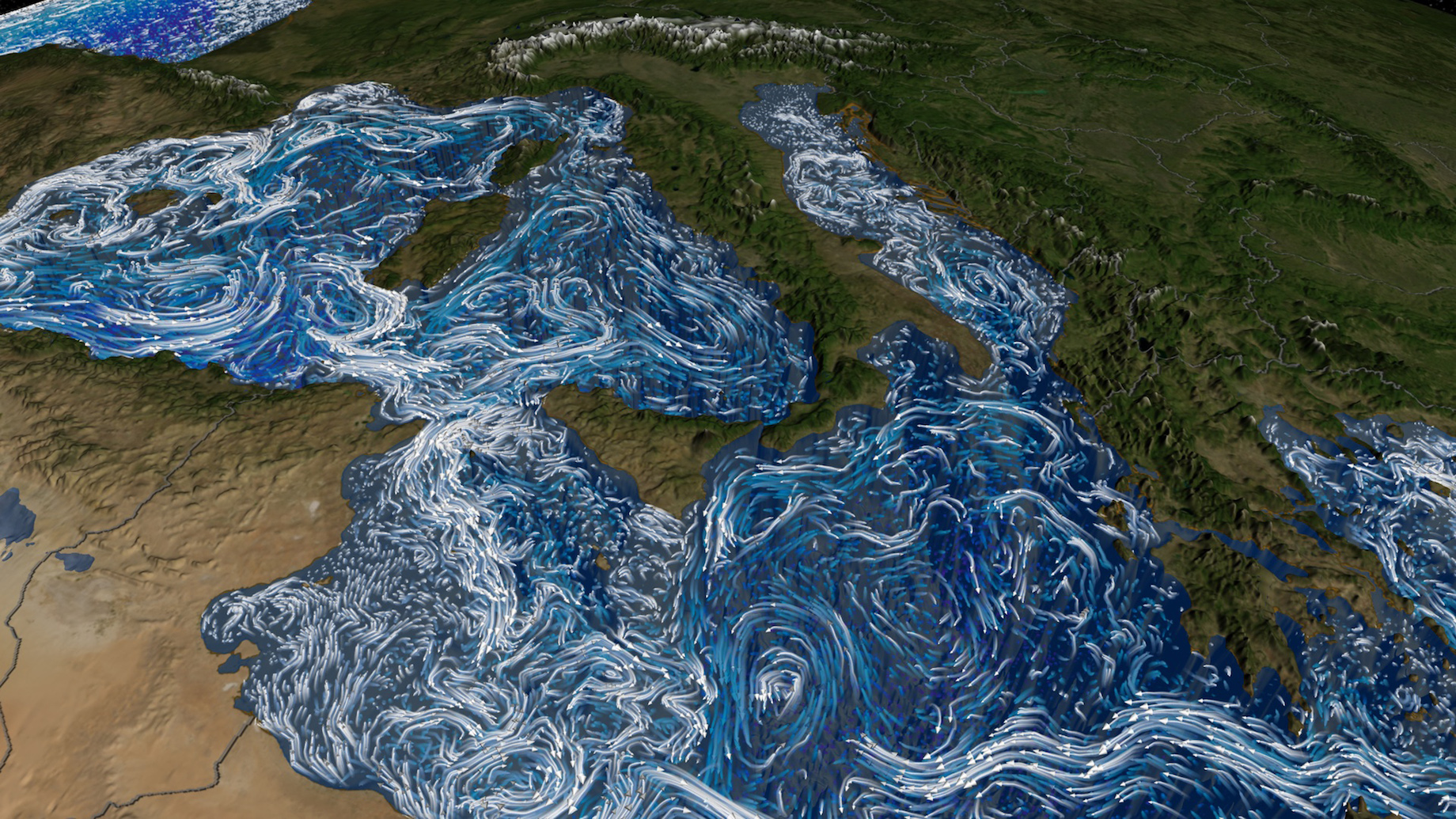 It is with this idea that astronauts and visions of the Earth from space can catalyze more holistic thinking that award-winning director, composer and violinist Kenji Williams created Bella Gaia — or Beautiful Earth. This performance uses NASA imagery, time-lapse views of data, live music from all over the world and dance sequences to narrate a story inherent to each and every one of us. Williams was so inspired by astronauts who spoke of their experiences in space that he decided to translate those quotes and how they impacted him into a “poetic vision of Earth from space.”

Bella Gaia will debut in Colorado at the Lone Tree Performing Arts Center on Wednesday, February 27. The performance will reel you in with breathtaking images of the Earth from space, as well as mesmerizing sequences of ocean currents and the hydrologic cycle. But, a tribute to the Earth at this moment in history would be incomplete without the inclusion of the negative ways we are impacting it. So Bella Gaia does not miss the chance to use performance, dance, music and visuals to convey the cost of our negligence on the planet — from 3D maps of the amount of oil consumed per country to the de facto climate change imagery of ice caps melting.

Fortunately, the entire show ends on a positive and hopeful note, enticing viewers to imagine what the future could look like if we adhere to our roles as stewards of the planet, rather than abusers and tyrants. In order to connect everything as a narrative and to give the performance a baseline to work from, everything is threaded together as the audience follows the path of the International Space Station.

About Bella Gaia, Williams commented “it is a spectacle-scale multimedia space, culture, art, and musical journey to celebrate the planet — but not in any kind of traditional or common form you might imagine — this experience is visceral, deep, trance-inducing, magical, and ultimately transformative. This show changes lives. I have now seen many stories first hand of people making career switches, decisions to go into climate/biology related PhDs, and even converting climate deniers after one Bella Gaia show.”

He added, “the regions that I chose to visit in the Bella Gaia theater show — initially from a musical perspective — Egypt, India, Japan, and New York City, ended up being centers of crises in the past few years.”

Williams is a highly decorated violinist who went to school at the University of Colorado, Boulder. He has earned film awards from Sundance, Lumen Prize, Canadian Society of Cinematographers, Science Media Awards, Best Soundtrack Composition at Macau International Fulldome Film Festival, People’s Choice Award Fiske Fulldome Film Festival and is constantly featured in media across the world.  It was through his time there that the idea of Bella Gaia came to fruition, after he created the Bella Gaia Fulldome film for the Fiske Planetarium. This film used the domed ceiling of the planetarium to show some of the same imagery as will be used in the performance opening on Wednesday in Lone Tree, and it was the most attended show at the Fiske. But Williams wanted a more immersive experience than a Fulldome show could provide, leading to the creation of the full-length Bella Gaia. That way — through the enticement of almost all the sensory inputs — audiences would be irreversibly changed from the message and impact of the show. 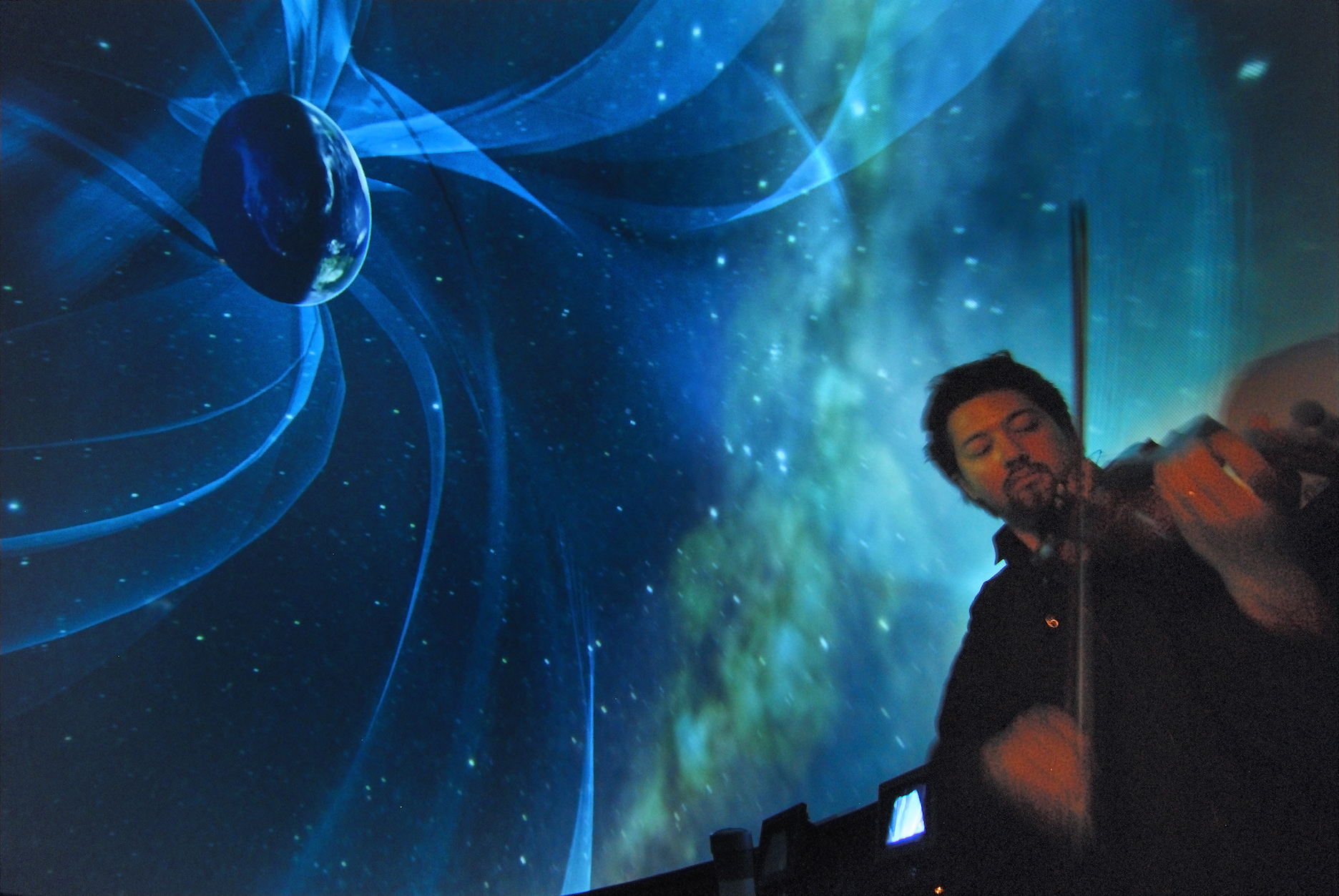 The Lone Tree Performing Arts Complex is located at 10075 Commons Street in Lone Tree. Tickets for Bella Gaia are available here. The show is a one-night-only.

All photography courtesy of Bella Gaia