In the living room corner of a small blue house in Five Points sits a baby grand piano where Annie Booth writes her music. Booth, jazz pianist, composer and star of the Annie Booth Trio, has a process: consistency and persistence, even from the trenches of writer’s rut. She finds inspiration from an analogy in a book she read, “The War of Art ” by Steven Pressfield. It goes something like this: You have a front porch, and you’re waiting for a package. You need to sweep your front porch every day because you never know when that package is going to surface.

“I think it’s the same for any art form like that,” Booth said one February afternoon over an almond milk latte at Purple Door Coffee. “If you hit a wall, you’ve just got to keep doing it. Even if it’s trash.” 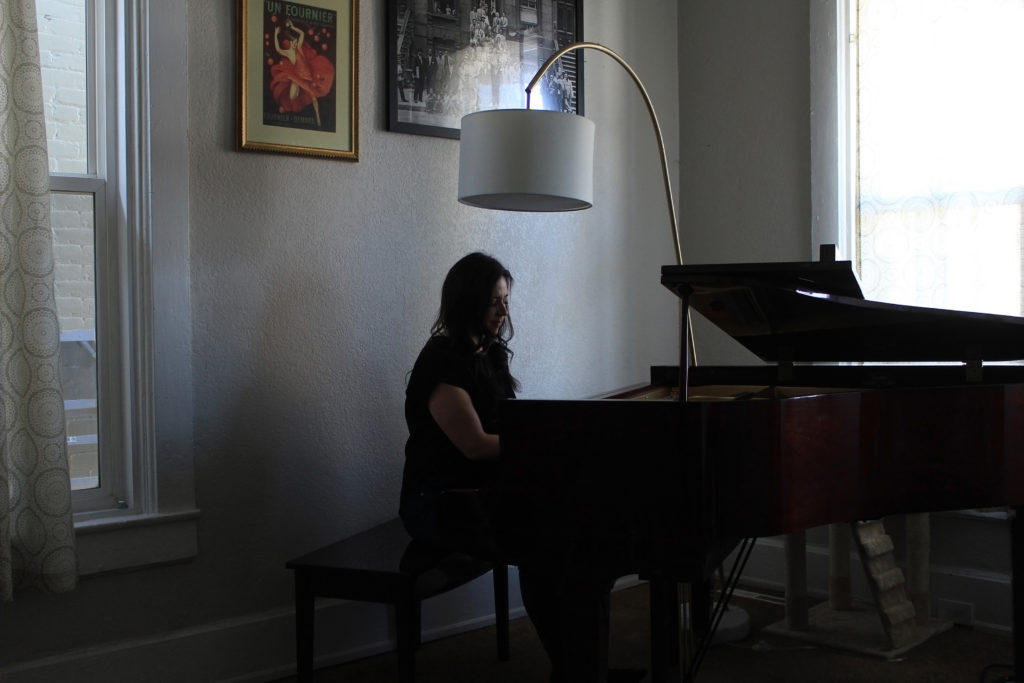 Purple Door Coffee is on the corner of Welton Street, a historic stretch in Denver with deep roots in the jazz community. Bars and jazz clubs that dotted Welton once hosted the likes of Count Basie, Duke Ellington and Billie Holliday. Booth, 29, is a rising star in the Denver jazz scene. When she talks about the roots of American music, however, she speaks with wisdom beyond her years and with the respect you’d give a beloved grandparent.

She knows the history. Booth, who has three siblings, grew up in Westminster and was surrounded by all types of music, often attending her father Glenn Booth’s bluegrass festivals — one of his bands “Busted Porch” got its name after an audience of about 50 people gathered to watch the band perform and their weight collapsed the back deck. But Booth, with a natural talent for “making things up,” as she calls it, developed an ear for jazz. Especially after discovering Chick Corea as a young teen.

What set Booth on a trajectory that led to a career as a professional musician was her enrollment in the Colorado Conservatory for the Jazz Arts (CCJA), a nonprofit organization that provides kids the opportunity to play in small groups, as you would in a “real-life” band, under the mentorship of a professional musician. The program was started about 20 years ago by acclaimed local drummer Paul Romaine and his wife, Chris.

Through CCJA, Booth met Alejandro Castaño, a drummer, and bassist Patrick McDevitt —  the other members of what would later become the Annie Booth Trio. The three became good friends while studying music at the University of Colorado – Boulder, and joined forces playing Booth’s original compositions, as well as their own arrangements of some classic pieces. Today, the Trio performs at venues like Nocturne and Dazzle. Booth books all of their gigs, manages social media and does all web design.

“Her compositions provide imagery. It transports you someplace — where, I don’t really know. It’s a nice little journey.” -Glenn Booth

Aside from performing her own music and working freelance, which includes writing scores for orchestra, Booth works as the program assistant for CCJA.  She also started a workshop for girls and young women in jazz called SheBop. She lights up when talking about it.

“I’ve always been the only girl. Always. In college, I was the only girl in the whole program,” Booth said. She wants other young women to feel welcome in jazz, and to embrace their craft without feeling out of place. “You go to Dazzle — you might see a woman singing every now and then, or playing the piano, something like that. But you’re mostly going to get feedback that it’s all men who are doing this.”

“I think at that age, too, you get really self-conscious,” Booth continued. “I know I was, at 14, 15. Young women are more worried about what people think about them, so when someone’s like, ‘Just make stuff up! Just stand up in front of this whole audience’ — As women, we’re more inclined to want to know what we’re doing and feel secure and confident, and not make mistakes and fall on our faces.”

SheBop was originally slotted as a one-day thing, but the public’s response was way bigger than Booth expected. There is another SheBop workshop, which Booth will lead, scheduled for three days the first weekend in March in Boulder. On the last day of the workshop, March 3, the girls will perform at Dazzle. 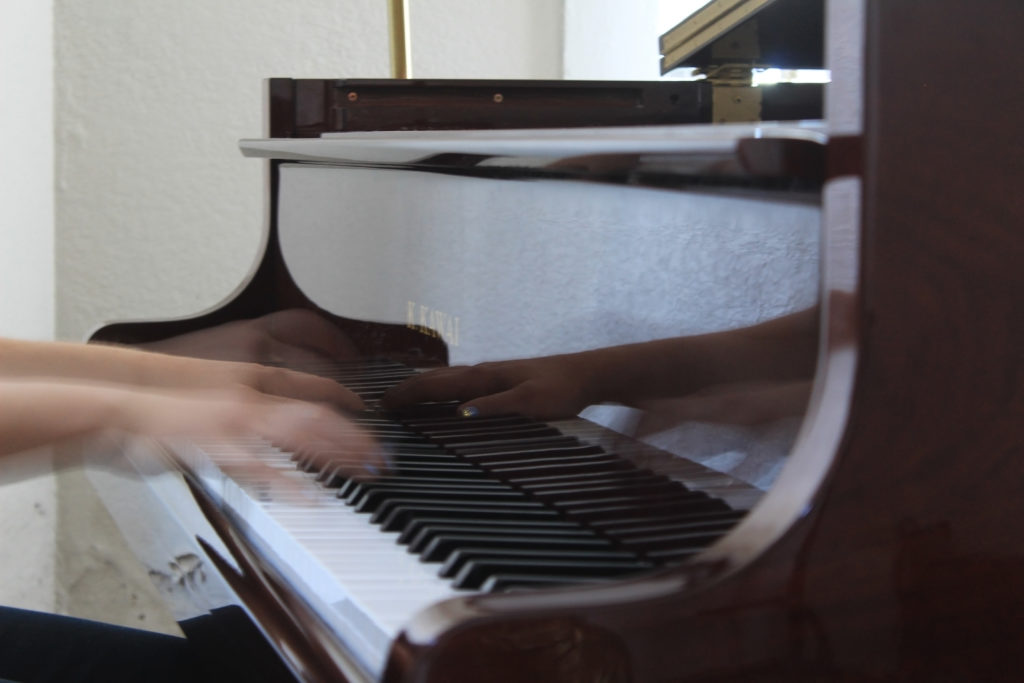 Booth’s first contribution to Denver jazz was in the 9th grade at a Starbucks in Westminster with her father. Booth was on keys, and Glenn played bass behind her. They had a tip jar.

Booth has come a long way from Starbucks. In 2016, she was invited to tour Mexico with jazz trumpeter Greg Gisbert, where they played to eager audiences in huge theatres. About half of the set each night were songs and arrangements Booth wrote.

“I’m really grateful for the opportunity,” Booth said of her experience touring. “It’s like getting a little taste of what your dream is.”

Another dream of Booth’s is to get more people on board with jazz, specifically people her own age. Booth acknowledges the affluent, geriatric stereotype some associate with jazz. She also notes that it’s only a small part of the fan base, and when people share the narrow idea of what a jazz fan looks like, they miss out on what the music truly represents.

“I think when people see that, they make assumptions about what jazz is. ‘Oh, jazz is for old people, jazz is something you put on in your fancy penthouse apartment while you’re drinking your fine red wine,’ ” Booth jokes. “It’s been protest music, it’s been youth-driven, it’s been politically-driven, it’s been culturally-driven, and there are so many different subgenres, it’s impossible — I think it’s impossible for people to say, ‘I just don’t like jazz.’ Well, have you heard [it]?”

What separates Booth from aspiring artists of equal talent is her tenacity, and a willingness to act on her dreams now — not put it off for another day. Booth has three albums under her belt, one of them featuring a six-piece band, and her decision to create the first album, “Wanderlust,” wasn’t one she lost sleep over.

“Sometimes I think it’s easier to think, ‘Oh, I’m not good enough. I’ve got to wait until I’ve reached a certain level,’ ” Booth mused. “I know I want this to be my band. I don’t know if I’m ready to make an album, but I have enough songs written, so why not just do it now?”

Watch the Annie Booth Trio perform on Feb. 27 at Dazzle. Tickets can be found here.

All photography by Andrew Wolberg.