Show You Should Know – RJD2 at The Ogden

The legendary RJD2 will be bringing his newest project, Tendrils — which he released as The Insane Warrior — to the Ogden on January 20. The musician, who meanders with ease through several genres from hip hop to rock and more, will be bringing a full band and some surprise guests. The event will also host Denver favorite and party time extraordinaire Mikey Thunder and Mile High City native, JusChill, who will be spinning hip-hop on vinyl.

The Insane Warrior moniker was an invention created by the popular DJ in 2011 as a break from the persona of his previous five records as RJD2.. “Not that making records as “RJD2″ isn’t fun, but there are elements of strategy, catalog-referencing, non-repeated ideas, and so forth. I wanted to throw all of that out the window for a minute,” the artist said at the time of his first release under the name, We Are The Doorways. Tendrils serves as the second album under the Insane Warrior moniker, and while the devout fans know who hides under the mask of a new name, the project still allows the DJ to experiment with his sound and delivery in a place safe from the masses of expectations that the RJD2 fanbase creates. 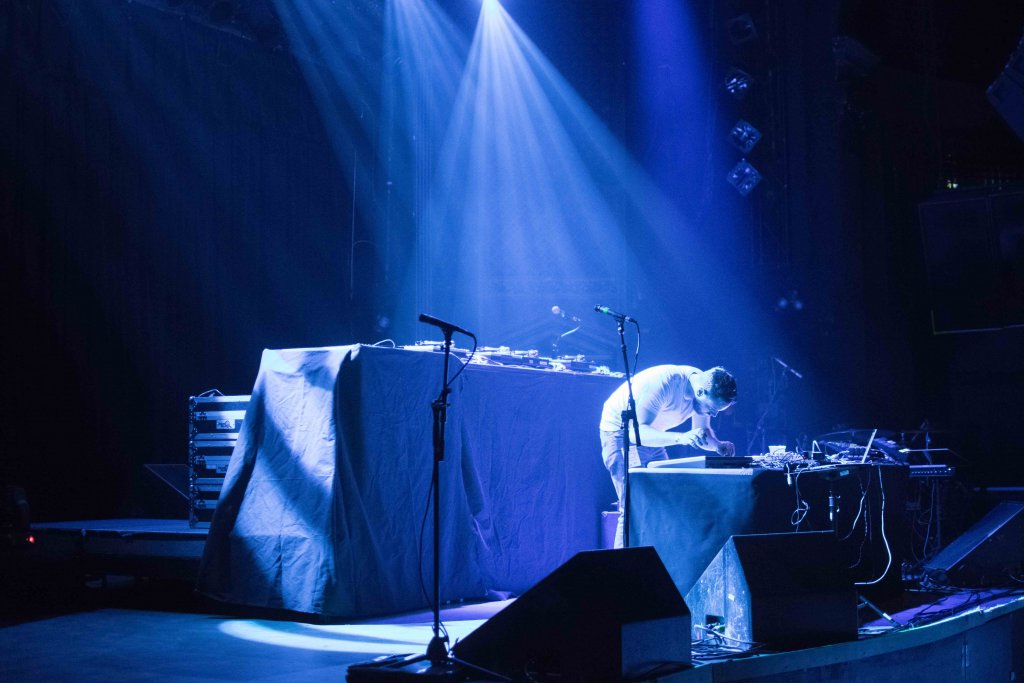 The inspiration for the new album is expressed in photos and a full video showcase on the musician’s website. While that is essentially the entire content that the artist has on his website at the moment, Tendrils is not the only piece of music released to the public in 2018 by RJD2. He also let loose In Rare Form Vol. 2, which is a follow up to volume one, which came out in 2004 and serves as a compilation album of selected instrumentals from the DJ.

There are sure to be plenty of throwback tracks woven in with the new material. RJD2 first made major waves in 2002 with his debut and breakthough album Deadwringer, featuring the chart-topping “Ghostwriter” — a track that remains a fan favorite today. Newcomers might also recognize “A Beautiful Mine” by the musician, which served as the opening saga for all seven seasons of the cult-classic period drama, Mad Men.

The Insane Warrior is not the only side project for the producer. He also plays part in a collaboration with rapper Blueprint in the Rhymesayers Entertainment signed act, Soul Position. The duo has released two studio albums and an EP since 2002, although they have not put out new music since 2006. With rappers Copywrite, Tage Future and Jakki Da Motamouth, RJD2 created MHz Legacy, a hip hop group based out of Columbus, Ohio that boasts just one studio album from 2012. The Dirtybirds, Icebird, Aceyalone and STS are even more collaborations that he has contributed to.

The January 20 show is sure to serve RJD2’s reputation well. He is best known for creating unforgettable eclectic performances. With all of the potential directions the producer could take in his upcoming live show, what we do know is that he will command his famous MPC 2000XL sampler/sequencer alongside analog synths, electric pianos, guitars and more.

You can check out Tendrils here and In Rare Form Vol. 2 here to get on the DJ’s recent vibes before the show, and if you’re new to the scene, the rest of RJD2’s music can be found here. Ticket information and more for the January 20 show can be found here.