Review – Railroad Earth Brought Darkness and Light to The Ogden

Jersey boys and americana heroes Railroad Earth returned to Denver for their annual multi-night winter run, and this year found them back at the Ogden Theatre. Twice a year these pioneers of the bluegrass and folk music genres visit Colorado. This state is where a huge portion of their major fanbase inhabits — a group of folks fondly referred to as the “Hobos.” This weekend was a first for the band and its Denver-based fans in one important way. This two-night stand was the first time Railroad Earth has played in Colorado since the passing of co-founding member and instrumentalist extraordinaire, Andy Goessling. The now five-some has persevered through the tragedy in honor of the beloved Goessling, and has come out stronger than ever both onstage and off, which was exhibited this weekend during two beautiful respective performances Friday and Saturday night.

Since their great loss last October, Railroad Earth has been doing some musical experimentation by having a variety of talented musicians join them for certain shows — making each show different than the next. For the two Denver shows, former Elephant Revival member Charlie Rose was a permanent member of Railroad Earth on stage, fitting the bill with grace and style. Throughout the weekend, Rose switched off between the banjo, acoustic guitar and pedal steel guitar, bringing a unique and fresh sound to every song played. It was like we were hearing the songs for the very first time, and made for one of the most epic weekends of bluegrass music this town has ever seen. 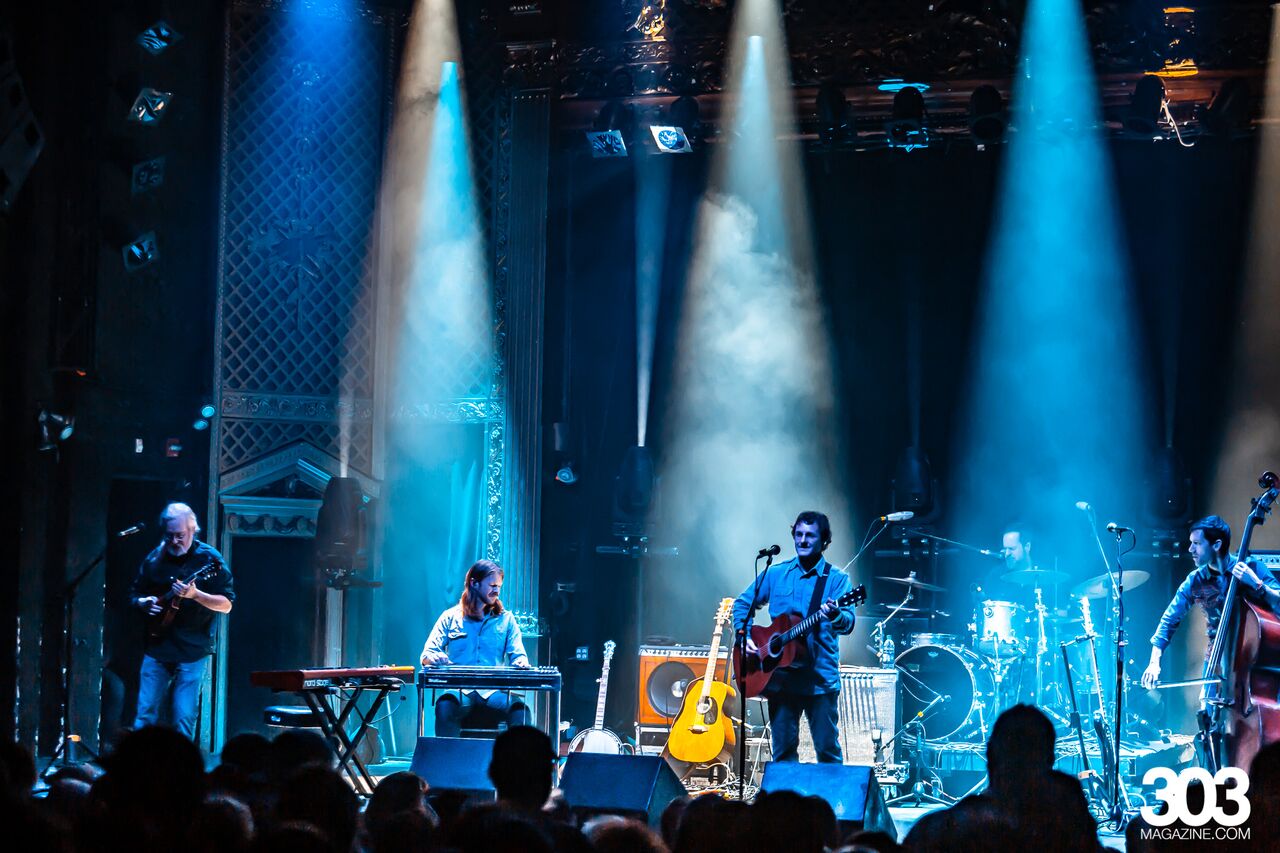 The band, who is fresh off a recording session in New Orleans, kicked off the first of the two performances with a fittingly cajun-style version of their “Lordy, Lordy.” Rose got a chance early on to show off his chops on the banjo during a duel between fiddler Timothy Carbone on the instrumental “Dance Around Molly.” And though they’ve officially recorded new and yet-to-be-released music, Railroad Earth hasn’t forgotten about their last album, playing three back-to-back tunes off of Captain Nowhere during the first set. The hauntingly beautiful “Storms” closed out a set that left us anxiously buzzing for a second round.

The second set was musically huge, starting off with “Been Down This Road” and the rowdy instrumental “Old Dangerfield,” and growing bigger with each song. Railroad Earth brought out hit after hit, playing “Warhead Boogie” into “Might River,” “The Jupiter and the 119” into “Like A Buddha.” It didn’t stop there, with the encore being the rip-roaring “Cold Water.” Ending just before midnight and on a vigorously high note, the crowd emptied from the Ogden and flooded onto Colfax only to gratefully return the very next evening for some more harmonious music from Railroad Earth. 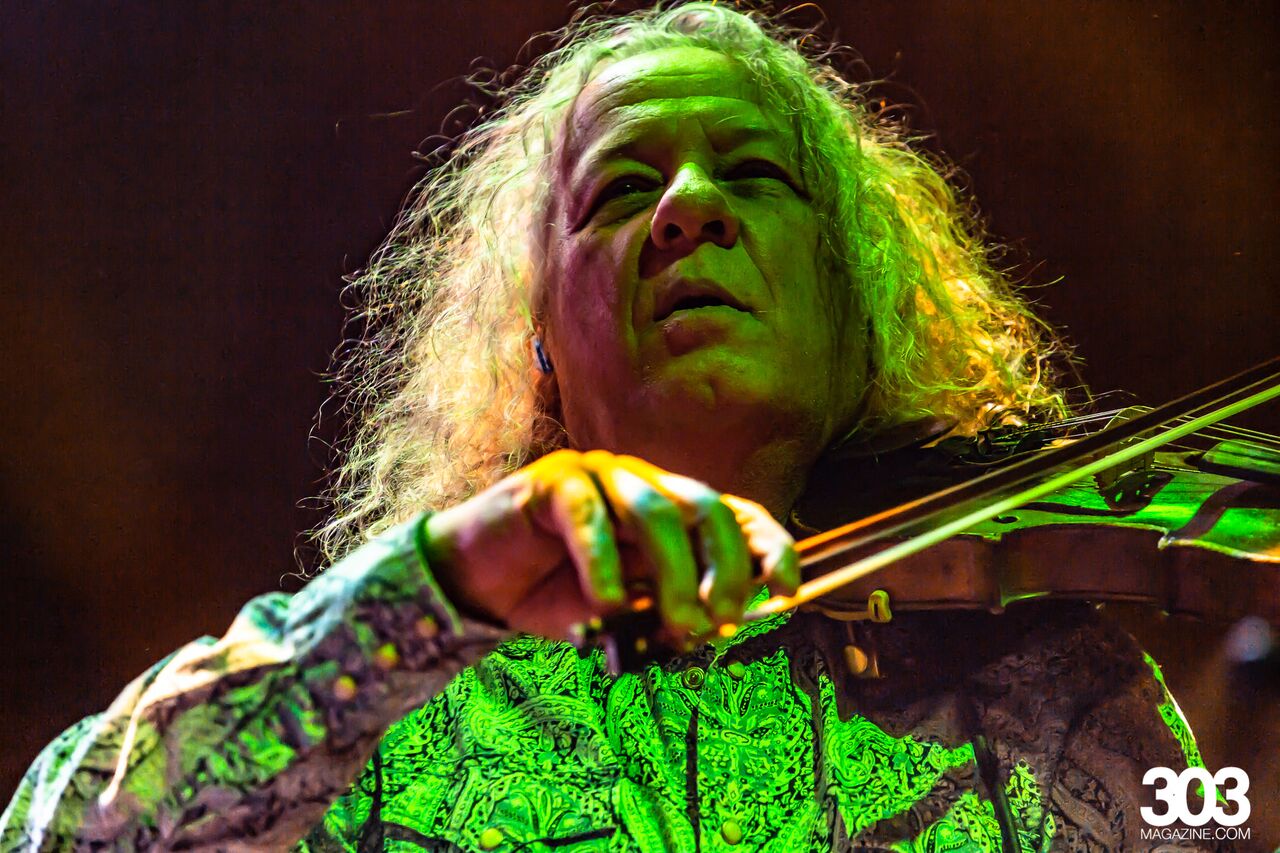 Night two somehow managed to top night one, getting heavier and darker at certain points, and light as a feather at others. Saturday night also had the addition of keyboardist Bill McKay, who was featured on keys and organ for the show’s entirety. As a seven-some for the evening, Railroad Earth was terrifically well-rounded both in their sound and their overall dynamic. They wasted no time getting down to it, busting out a “Walk Beside Me” that boasted the best of Andrew Altman’s funky bass. “Chasin’ A Rainbow” held the record for the biggest jam of the evening and saw incendiary solos from mandolinist John Skehan, just before the band served a twangy version of “Came Up Smilin'” thanks to Rose’s pedal steel guitar. The first set was brought to a close with “Lone Croft Farewell” with its infamous intro and a well-timed “Long Way To Go.”

The highlight of Saturday’s show, however, came shortly into the second set when the band invited another former Elephant Revival member to join them for a tune. The exquisite Bonnie Paine led on vocals for a rendition of “Wayfaring Stranger,” all while playing the musical saw, as the crowd fell silent in awe and admiration. Todd Sheaffer took over vocals once more for the beloved “Butterfly and the Tree,” which was followed by the dependably rowdy “Elko,” a song that included a theatre-wide game of 52 pick-up and Carey Harmon railing on the drums. “Seven Story Mountain” wrapped up the second set, but not before Railroad Earth took the stage one more time for an encore, “Donkey For Sale,” whereupon they took their graceful leave of the Ogden stage to the bittersweet pleasure of 1,600 grinning “Hobos.” 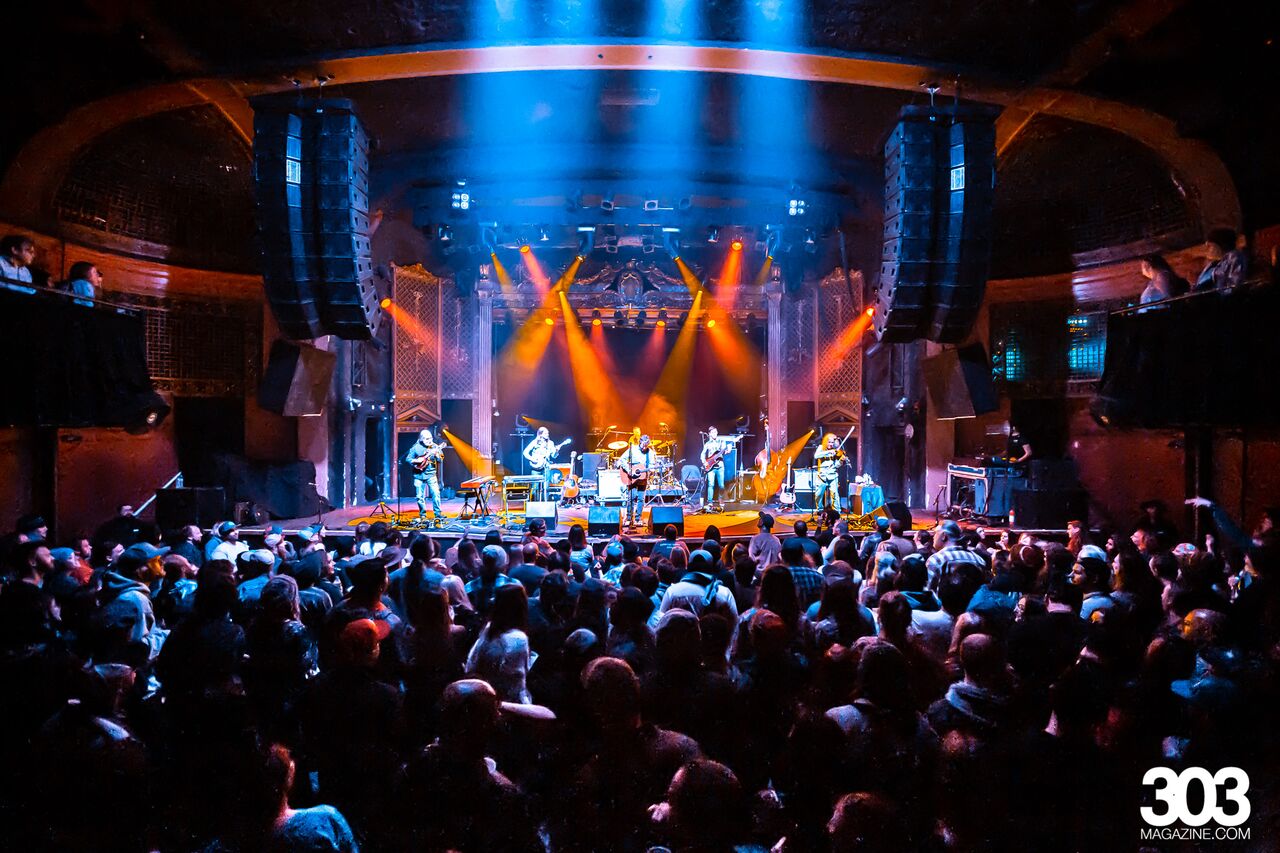