In the early days of rock ‘n’ roll the genre existed as a fusion of electric blues, country and gospel. Since then, the genre has changed quite a bit. It has evolved and branched into so many different subgenre’s that it’s hard not to wonder what might be next for rock ‘n’ roll. For any fans of the genre asking exactly that, One Way Ride may be the answer. The local band has been a part of the Denver music scene since 2014 but their newest EP Tight Pants proves that the rock ‘n’ roll band has finally found the sound they’ve been looking for all along.

Tight Pants shows off not only the bands new sound but also a brand new line up. Over the years, the One Way Ride has gotten both bigger and smaller before settling into their new groove with their latest crew. Vocalist Trevor Toms and lead guitarist Tony Goffredi are the original duo behind One Way Ride. After years of music making and searching for the sound they want they decided the best course of action was to start from scratch and recruit all new members. 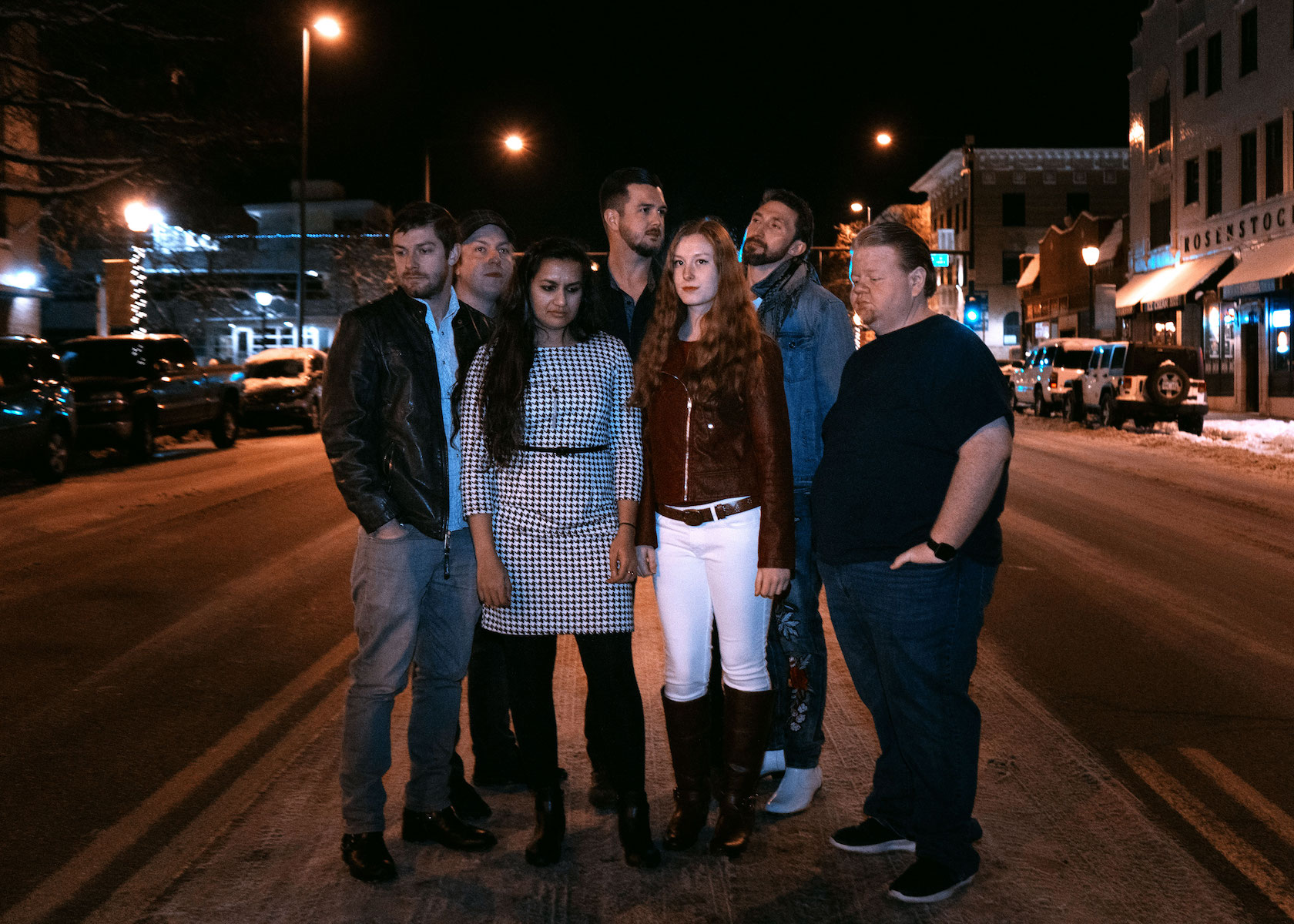 The result is a big seven-member band. Together they create an even bigger sound. One Way Ride proudly boasts horn players Justin Peterson and Samira Kadam, bassist Brad Piper, drummer Zach Lambert and finally, the group is joined by Tony’s sister, Mariel Goffredi, for back up vocals. This new line up has shifted the band towards a more soulful and funky sound — and fans couldn’t be happier.

With so many members, the writing process for this album had to involve a lot of collaboration. Even the EP’s name is the result of members pitching upwards of 30 ideas before finally settling on Tight Pants.  “We landed on tight pants, for a number of reasons,” said Toms in an interview with 303 Magazine. “Number one, everyone seems to have really tight pants. Everyone wears tight pants! If it was the era of JNCOs then we probably couldn’t get away with that. Or we could but it would be a weird sort of commentary about it.  Anyway, it’s trying to find that place in pop culture that’s acceptable and still not pander to people. Also, tight pants are sexy, so why not?”

Tight Pants is about much more than current styles. For One Way Ride it symbolizes their new sound and being on top of the changing sounds of rock ‘n’ roll. “If you look at the great rock bands in Denver,” said Tony, “so many of them have that horn section or something to give it more of that soul vibe. I think that’s what we’re trying to move toward.  We’re trying to move towards a more hip iteration of what we’ve done before. So tight pants is, you know — Put on some tight pants and start thinking differently!“

While the EP showcases the changes within the band, it also contains a conversation about something deeper. Within the lyrics are social, political and interpersonal themes. “This is an album about love and sex and independence and facing the common struggle with vigor and positivity,” said Toms. “It really is about love. Themes for me really focus on overcoming these adverse and really, very common situations in people’s daily lives. We’re not singing about space and some esoteric idea — we’re trying to communicate something that people can relate to.”

Much of the inspiration behind the EP comes from bands like Black Joe Lewis and the Honeybears and Denver’s own Nathaniel Rateliff. The combination of American rock and blues influences are clearly prevalent on the new EP. While their old music was heavily driven by a guitar track, these new songs showcase a more dimensional and layered sound. Ultimately, One Way Ride’s funky new sound is full of soul.

One Way Ride will be playing at Globe Hall with Jen Korte & the Loss on Feb. 15th. Tickets for the show are available here.