SunSquabi, a three-piece electro-funk band from Boulder, Colorado just released a ten-track album aptly titled Instinct after a much-anticipated wait. The Colorado favorite comprised of Kevin Donohue on the guitar and keys, Chris Anderson on drums and Josh Fairman on the bass and synth, spent an afternoon at Butterfly Pavilion in Westminster, Colorado.  They discussed the inspiration for their nature-inspired release while meeting some of the creatures the songs are named after in person.

303 Magazine: Between “Caterpillar,” “Chrysalis” and “Night Moth,” there seems to be a clear theme of evolution in the album. What inspired this?

Kevin Donohue: It’s hard to say where it really started. I was at the studio with Josh working on an idea. I’m not sure what kind of caterpillar it was exactly, but an orange, kind of bigger fuzzy guy was outside when we went to take a break. We almost squashed the little guy.  It was one of those things where we were like, “Woah! We almost crushed this living thing, let’s kind of pick it up and look at it for a second.” And that just spurred this series of thoughts and a whole world of ideas. His whole life cycle is so simplified, yet so complex, and it’s just this one little thing that exists around us, constantly. And that kind of evolved into this theme of biology and evolution in general. That’s kind of where it started.

Josh Fairman: I think there are parallels to the physical world which inspired us, but there are also similarities with the band. When I joined two years ago, we were writing music together for the first time, so the band was evolving and we were going through a lot. That paralleled to the biological evolution we’re witnessing every day which is pretty cool and what inspired us. 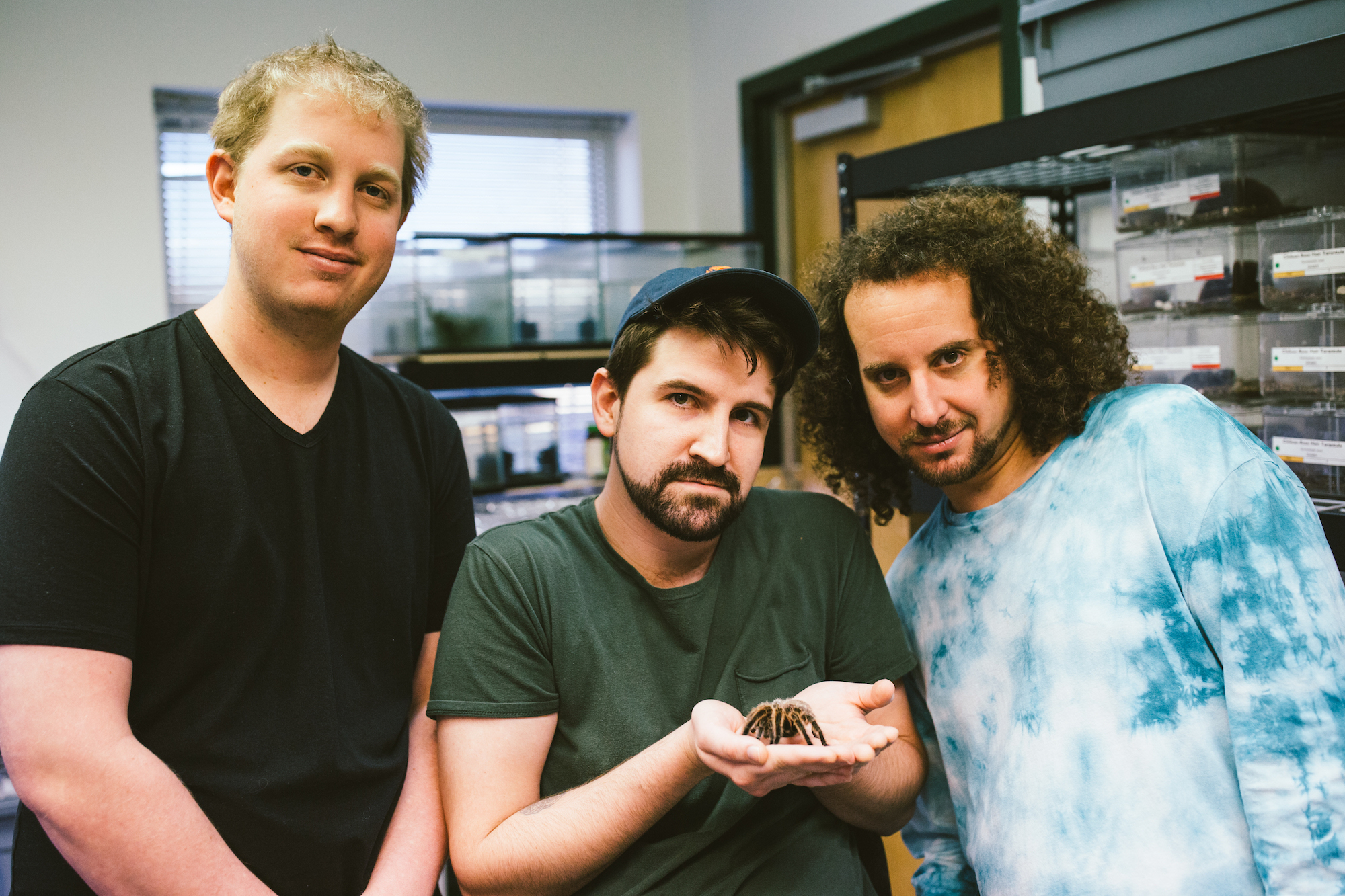 303: Some of the songs have a clear tie to the theme of evolution, but some have more abstract names, like “Dexter’s Day Out.” What was the inspiration for the other titles?

KD: “Dexter’s Day Out” is about Josh’s dog, he gets a song on every album. He’s like, the executive producer of the band. There’s a song about pangolins, they are the most hunted animal in the world. Some of [the songs] are bringing awareness to animals we really like and are really interested in. The pangolin one, a lot of people haven’t heard about this and it’s a really beautiful animal and we wanted to create something that was about that. They each came into their own in their own way. We’re trying to make people think about something.

303: It give us something to think about, we as a whole can make a difference but we have to work together. Speaking of working together, how did some of the collaborations come about?

KD: Each one is different, a lot of it is friends of ours who we’ve played lots of shows with, it kind of comes together really naturally. Other things are new friends that we made this last year.

KD: How that happened was pretty crazy. He was at Resonance Festival towards the finalizing parts of this album. The song “Pangolin” (that he’s on) was already finished. He was there at the festival hanging out backstage, and we were like “you want to set up your turntables and come up on stage and jam with us?” I just kind of threw it out there. Just from that sit in, he came up with such a cool part, saved all the samples he cut into it, and a week later we got home and recorded on the track. Sometimes it happens really naturally and spontaneously like that. 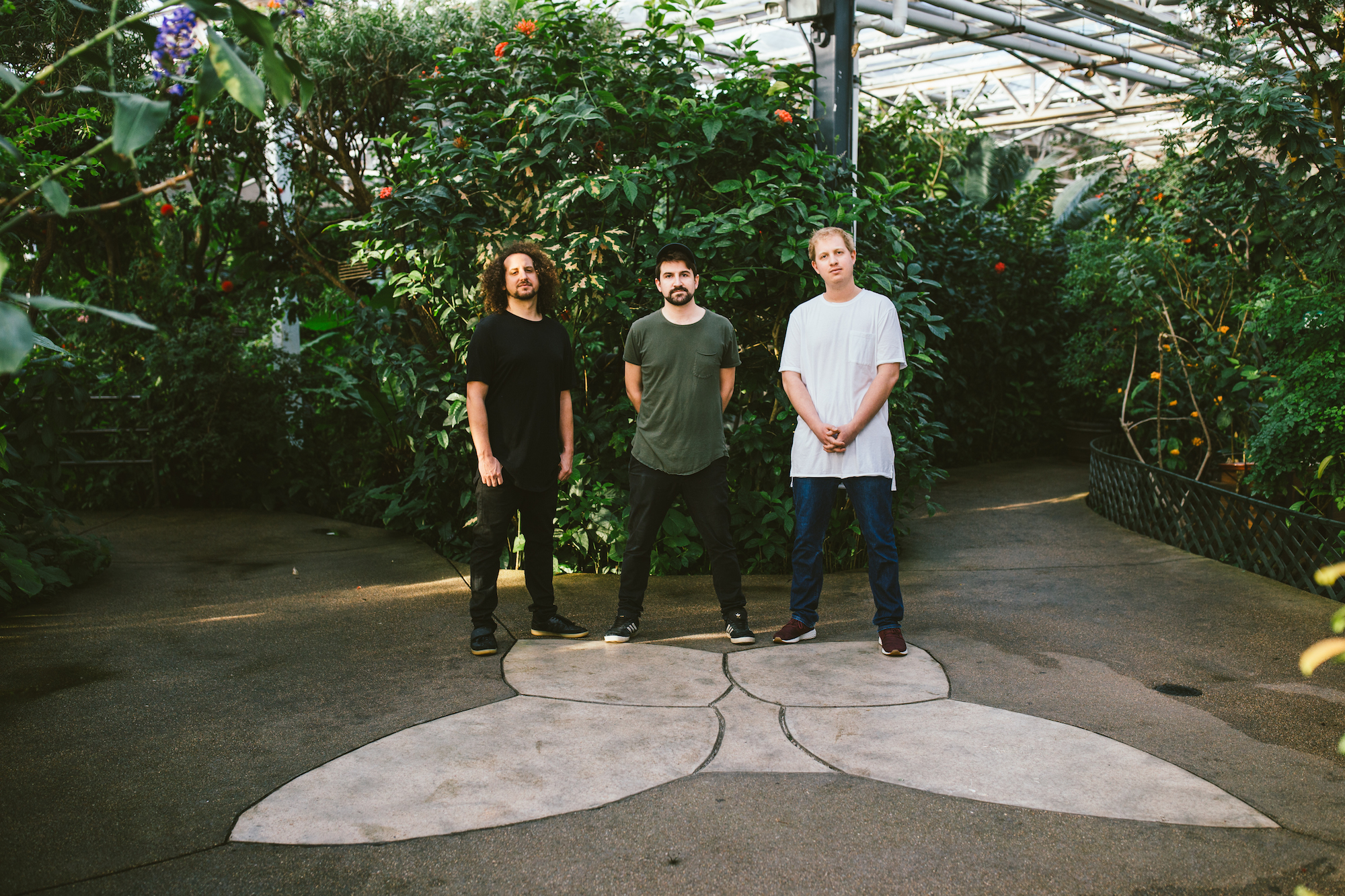 303: It seems like Colorado is a great place to collaborate with artists as well, why did you guys choose this as your home base?

KD: I got really lucky, I’ve been here my whole life. I’ve been really lucky to see all this happen over the last 10 years. There’s also nowhere else we’d rather be, making the music we make, than in Denver right now. It’s incredible – for that reason you just said – everybody collaborates. Everybody’s into what everybody else is doing, that’s why you see that growth.

CA: The bar is set high. It’s really motivating because there is so much music but everyone still goes out to support it.

303: Colorado and the scene have clearly evolved over the past decade. Where do you guys think you’ve evolved the most since the start?

KD: We’ve learned a lot. We learned so much traveling and having different experiences that this kind of life will provide you. Musically, I feel like we’re getting into things that I’ve always wanted to do in a band and now as a unit, we’re functioning that way. We’re writing songs and putting out albums that are really getting our point across.

JF: It seems to me like there’s a lot more improvisational conversations happening. Before, it felt like an execution of something planned, but now we don’t even know what we’re going to play, it just happens.

CA: I’d say risk-taking. We know where the end is but don’t know how we’re going to get there. 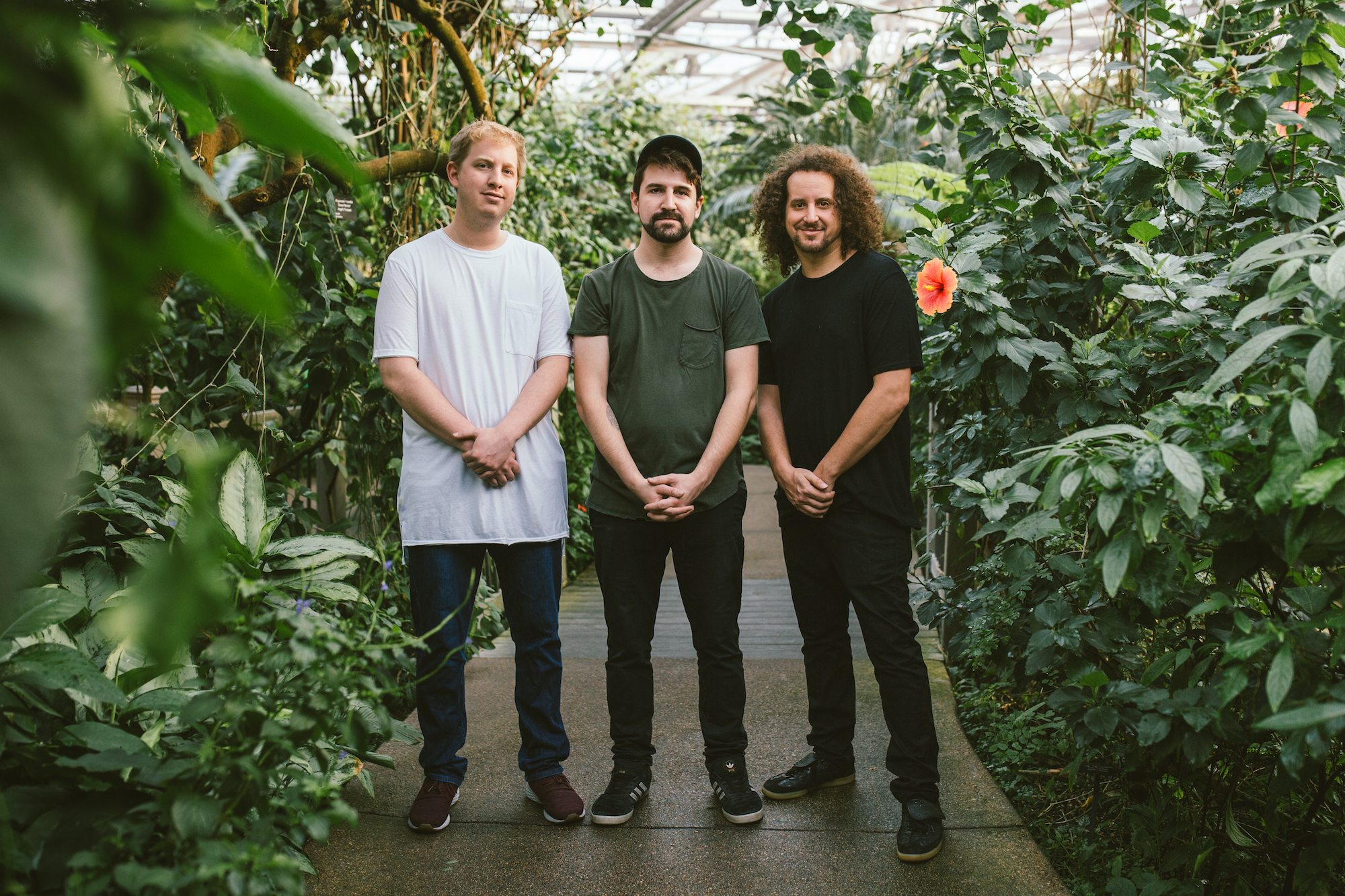 303: What risks do you plan to take at the Fillmore?

KD: With all this material we have now, it’s amazing the selection we can have, we can keep the energy so high.

JF: We have a song so new it’s not even on the new record. We’ve been working on the album for a year or so, so this show is going to be the culmination of all that work. This is what we’ve been working on, and we’re going to hit you with some old favorites, and some new stuff that no one’s ever heard.

Catch SunSquabi with Too Many Zooz, The Hip Abduction and special guests Chris Karns and Nobide at The Fillmore on 1/26.

Special thanks to Butterfly Pavilion for the photoshoot location and on-site assistance.

Listen to Instinct below and on Spotify