Forget Elitches, forget Disney World and forget Cedar Point, ASTROWORLD is more wretched and wild than any of them. A dystopian vision of Houston rapper, Travis Scott, ASTROWORLD is the concept of a theme park resting on the edge of the apocalypse. As the name of Scott’s third full-length album and the eponymous tour suggests, it was a twisted-metal-fire-spewing nightmare of a destination, where cheap thrills and funnel cakes are exchanged for busted lips, sweaty bodies and bruises. This wasn’t your dad’s concert tour, but it sure as hell was your teenage son’s, many of whom gathered on the floor of the arena in massive upheavals of moshing limbs and hyper-masculine rage, riding Scott’s metallic dream to Valhalla. Bringing ASTROWORLD to the Pepsi Center, Scott took his theme park fever dream to nauseating heights.

Cutting the ribbon so to speak was rapidly rising rapper Sheck Wes. With a single album to his name, Wes had an unfathomable hype backing him that took the arena by storm.  Fans packed out the arena early to hear ominous street anthems in “Live Sheck Wes” and his runaway hit “Mo Bomba” amongst others. The latter, whose droning chorus was a chaos stirring call to arms, felt like a riot in the making. Throughout, Wes was an antagonizing figure – quick to draw words with conviction and thrust his body across the stage, giving such words backbone. Against an alarmingly shaky background, Wes was a figurehead of the night’s anarchist carnival. 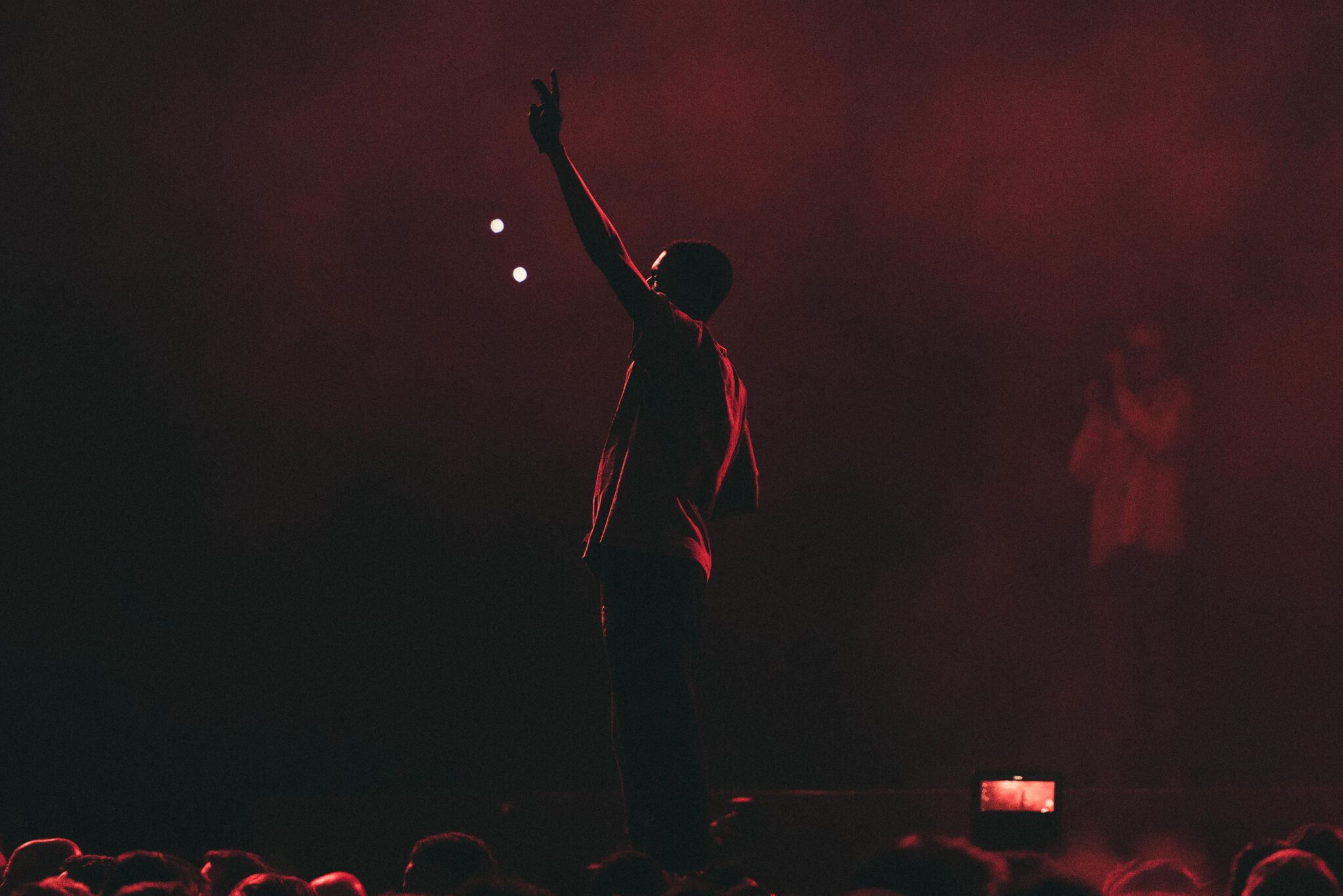 Following Wes was another rap up-start, Gunna. Gunna, who is very much a direct descendant of Young Thug, held a decidedly more sing-rap approach to getting the crowd amped. While never reaching the highs that Sheck Wes did, Gunna also struggled to keep up with his own playback. Not simply reaching the notes, Gunna was just off the money – missing complete stanzas and never quite finding his footing. The audience was fortunately forgiving, helping the rapper through his massive hits like “Drip Too Hard” and “Sold Out Dates.” The crowd — too far gone anyway at this point — couldn’t be diminished as they jumped alongside Gunna, and his all-too disappointing set. Then again, how is one to stop a runaway railcar? 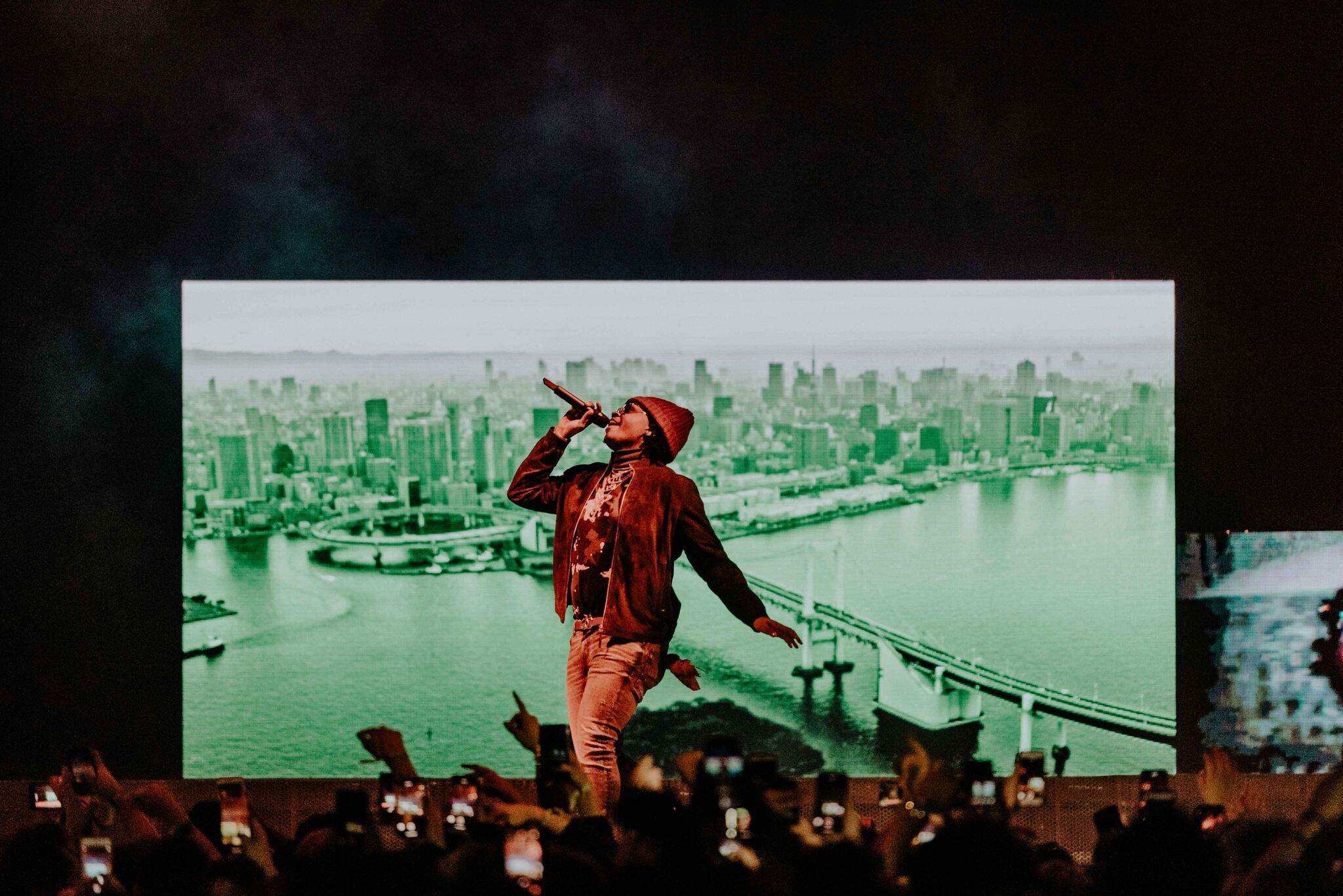 In the interim setup leading to Scott, the excitement began to boil over. Teenagers passed out and threw up, threw punches and got kicked out, chanted at the top of their lungs and recorded the turmoil through the lenses of their black cased iPhones – a punk rock wet dream reborn in the anticipation of trap music’s overlord. Just when things felt like they’d finally mellow out, the arena went dark, and in a flash of blue lights and bursts of fire, Travis Scott appeared at the opposite end of the arena. Promptly launching a stampede to the other side, Scott turned the arena on its head to the tune of “Stargazing.” Though ASTROWORLD isn’t a real place, you wouldn’t have known otherwise looking into the Pepsi Center. Scott had stage scaffolding folded into death-defying loops, a floating rollercoaster hanging over the audience below and enough pyrotechnics and disorienting visuals to make a Transformer shed a rusty tear.

Scott, who deservedly needed an oxygen tank within arms reach, was a ballistic force of raw energy and unflinching stamina. Throwing his body across the stage, and yelling through an auto-tuned filter, Scott spurned a sea of limbs to clash against each other in pursuit of getting “lit.” At this point, it’s hard to even call ASTROWORLD a rap tour, as the premise was slowly but surely hijacked by its rock ‘n roll undertones, and turned into something out of the mind of Marilyn Manson or Metallica. 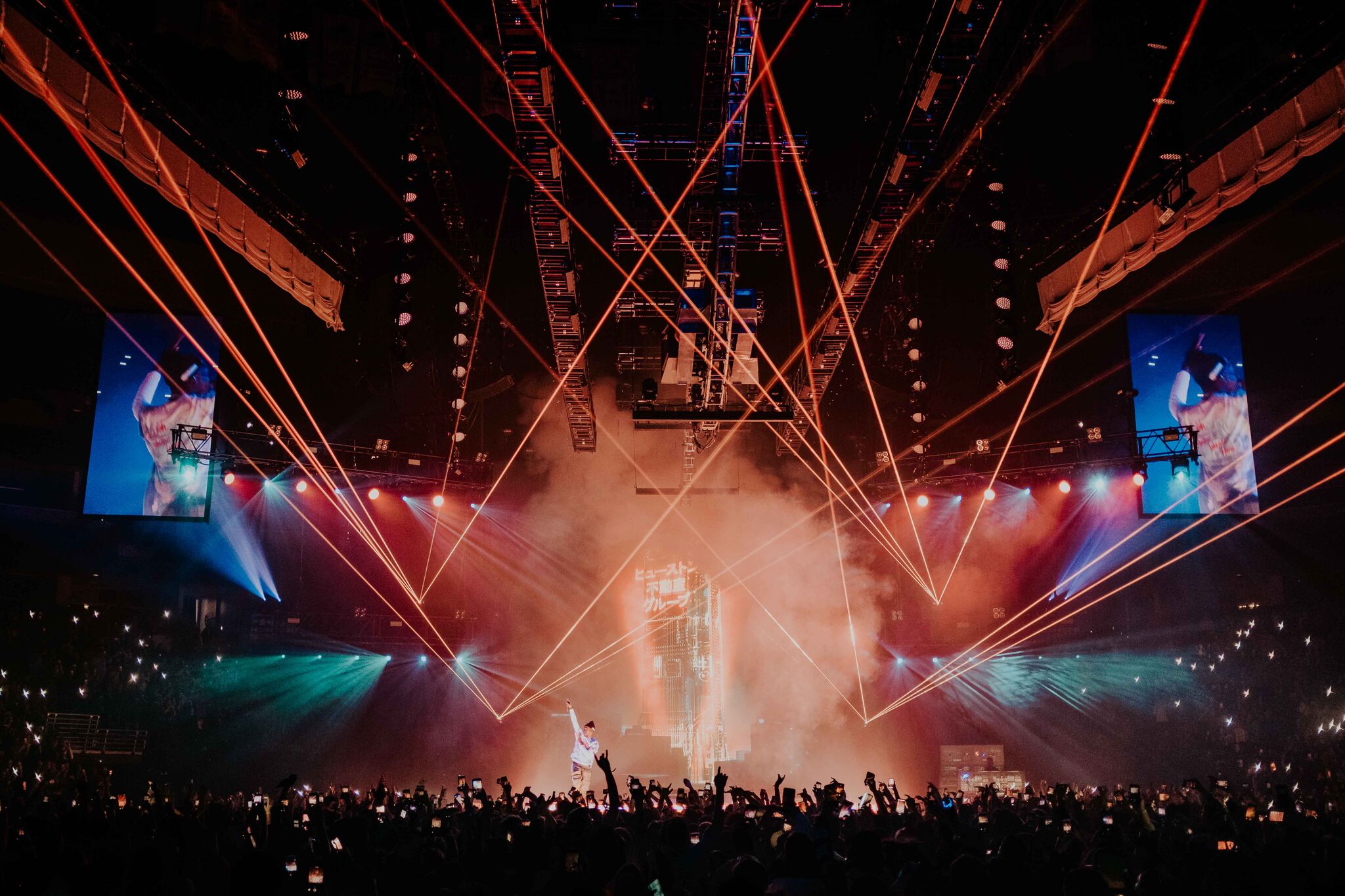 Scott stretched deep into his career turning out songs off mixtapes like Days Before the Radio, one-off tracks “Don’t Play” and even deep psychedelic cuts from ASTROWORLD like “SKELETONS.” The big hits had their glorious day in the sun as well. “Antidote” saw Scott cruising over the crowd on the floating rollercoaster, “Yosemite” had a massive astronaut inflated to reach the ceiling and “SICKO MODE” had Scott letting the pyrotechnics run free, across the rollercoaster tracks and along the stage, as confetti rained from the ceiling and fireworks followed suit.

Say what you want about auto-tune and the death of “real rap music,” whatever the argument is is beside the point. Travis Scott and his crew represent the new rock n’ rollers, the rowdy and rebellious tunes your mother told you not to listen to — the crowd she told you not to hang with. The “ASTROWORLD Tour” only cemented that notion, in an explosion of excess. The epicenter was his music, which throughout the abundance, remained center stage. Coming off the ride, if the hype of it all is lost on you, maybe you’ve grown out of theme parks and abandoned the reckless and wild days of youth, as Travis Scott so vividly imagines.