If you’re looking to get out of the hustle and bustle of downtown Denver but still want a delicious meal with a solid cocktail, look no further than The Arvada Tavern. Located in Olde Town Arvada — just a few miles west of Denver on I-70 — this hidden gem is worth the short jaunt over to the up-and-coming Denver suburb. It’s been perfecting cocktails since the repeal of Prohibition in 1933 and Adrian Kline, the Tavern’s original owner, was actually the first in Arvada to receive a license to allow the public sale of alcohol in the city. 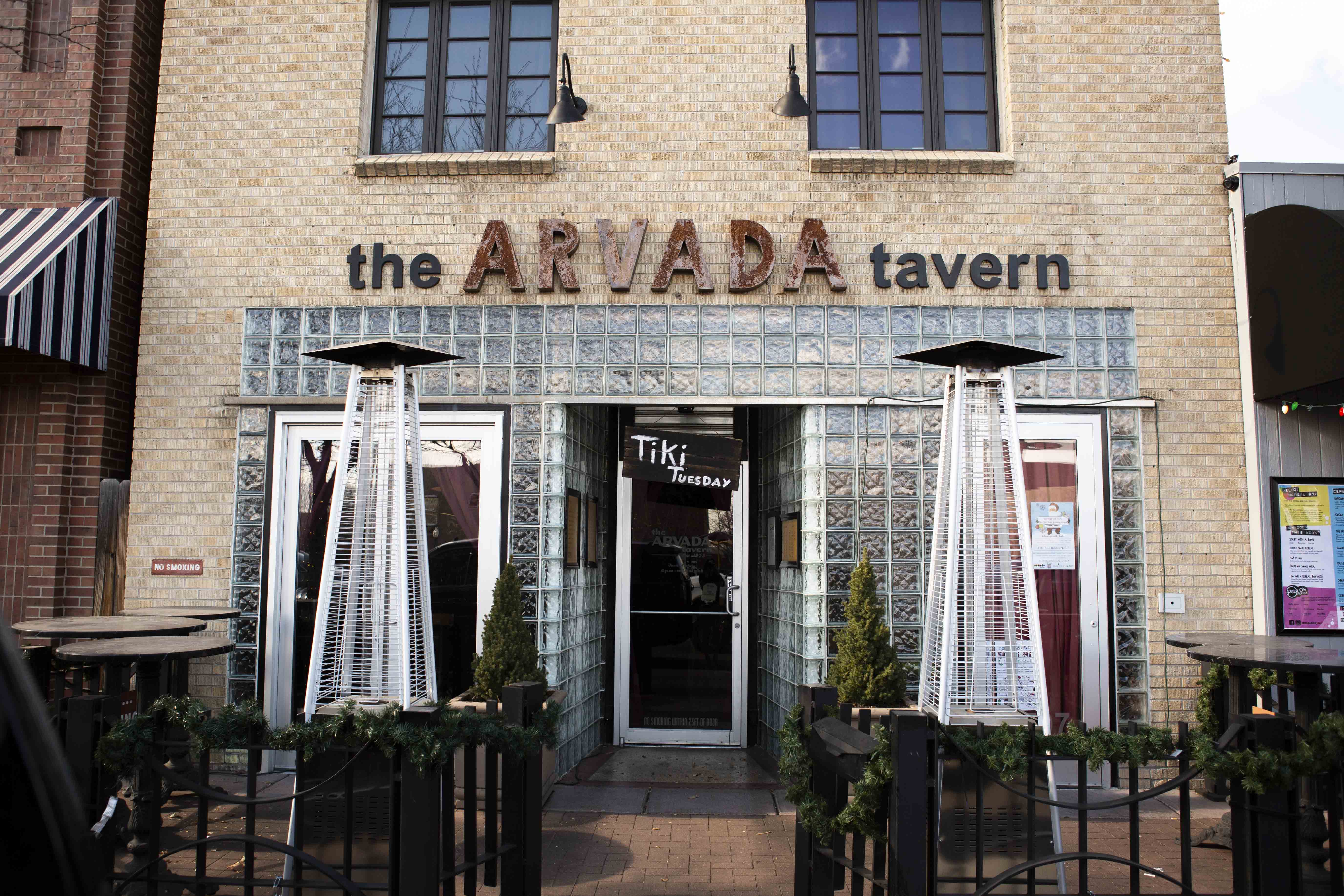 The Tavern changed hands several times over the years and the current owners — husband and wife duo Mike Huggins and Lenka Juchelkova — had to get very creative with the small, 70 seat space to give it the current 1930s vibe. “It’s a real small space, there wasn’t a kitchen in here — for one,” said Huggins. After taking over the Tavern in 2012 they studied the history of the building, the area and even met the daughter of former employee, Mable Gramm, for inspiration. Gramm worked as a bartender at the Tavern from 1938 through the mid-70s and her daughter, Esther Rone, provided them with the old photos that currently adorn the walls. “We just want to honor the history of the building and the neighborhood,” said Juchelkova.

When you walk in the unassuming glass door you immediately sense the history. The dim lighting, leather bar stools, retro artwork and vintage wallpaper make for a cozy and nostalgic atmosphere. Grab a seat at the bar to watch the talented team of bartenders create craft cocktails right in front of you, like the “Smoke & Mirrors” ($14) where they use a barrel stave & blowtorch to create a smoky, boozy rye drink. If you’re not much a whiskey drinker, there are 24 cocktails to choose from on the regular cocktail menu, about 14 on the seasonal menu and 24 more on Tuesday nights when the Tavern turns into a tropical Tiki bar for “Tiki Tuesday.” This special island-themed menu offers dozens of Tiki-themed drinks and eats to choose from. Use the “treasure map” to plot your favorite drink using the flavor coordinates (Dry to Sweet and Light to Boozy). There’s plenty of options from the light & dry Jungle Bird ($9) to the boozy & sweet Rum Old Fashioned ($10) and the classic Mai Tai ($12). Shareable drinks like the Scorpion Bowl ($24, serves two-four) and the Arvada Tavern Moai Club ($38) are also a fun way to partake in the Tiki experience. 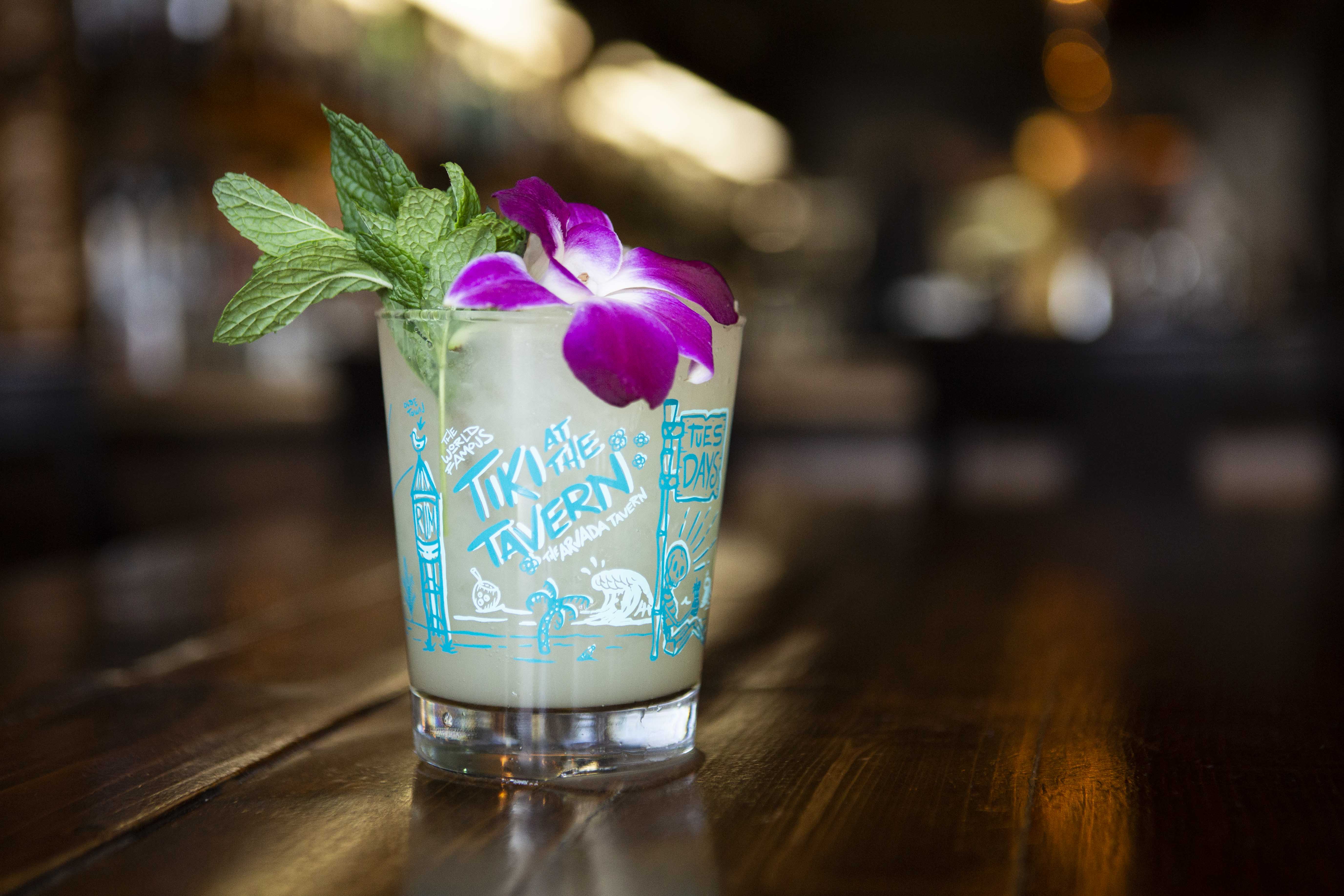 The idea for Tiki Tuesday comes from Huggins’ own “obsession” with Tiki culture, “I saw something like ‘Top Seven Tiki bars in the US,’ one of which is Frankie’s Tiki Room in Las Vegas. I went there and I was obsessed with it so I started to pick out other Tiki bars and learn about Tiki history,” he said. All of the Tiki mugs come from Poptiki of Colorado — a local family-run business. “Tiki Tuesday is a big part of who we are,” said Huggins, “back in the ‘40s, ‘50s and ‘60s that was considered fine dining.”

As far as food goes, the Arvada Tavern offers seasonal and classic fine American fare that is sure to please anyone. You can’t go wrong with the juicy, filling Arvada Burger ($15) or European style Chicken Schnitzel ($20). On the lighter side they offer fresh, seasonal salads and plenty of appetizers. One of their staple items — the Colorado classic Rocky Mountain Oysters ($12) — is a favorite to locals and visitors alike. If you end up there after dinner and still want a bite to eat the late night menu is served from 10 p.m. to close. 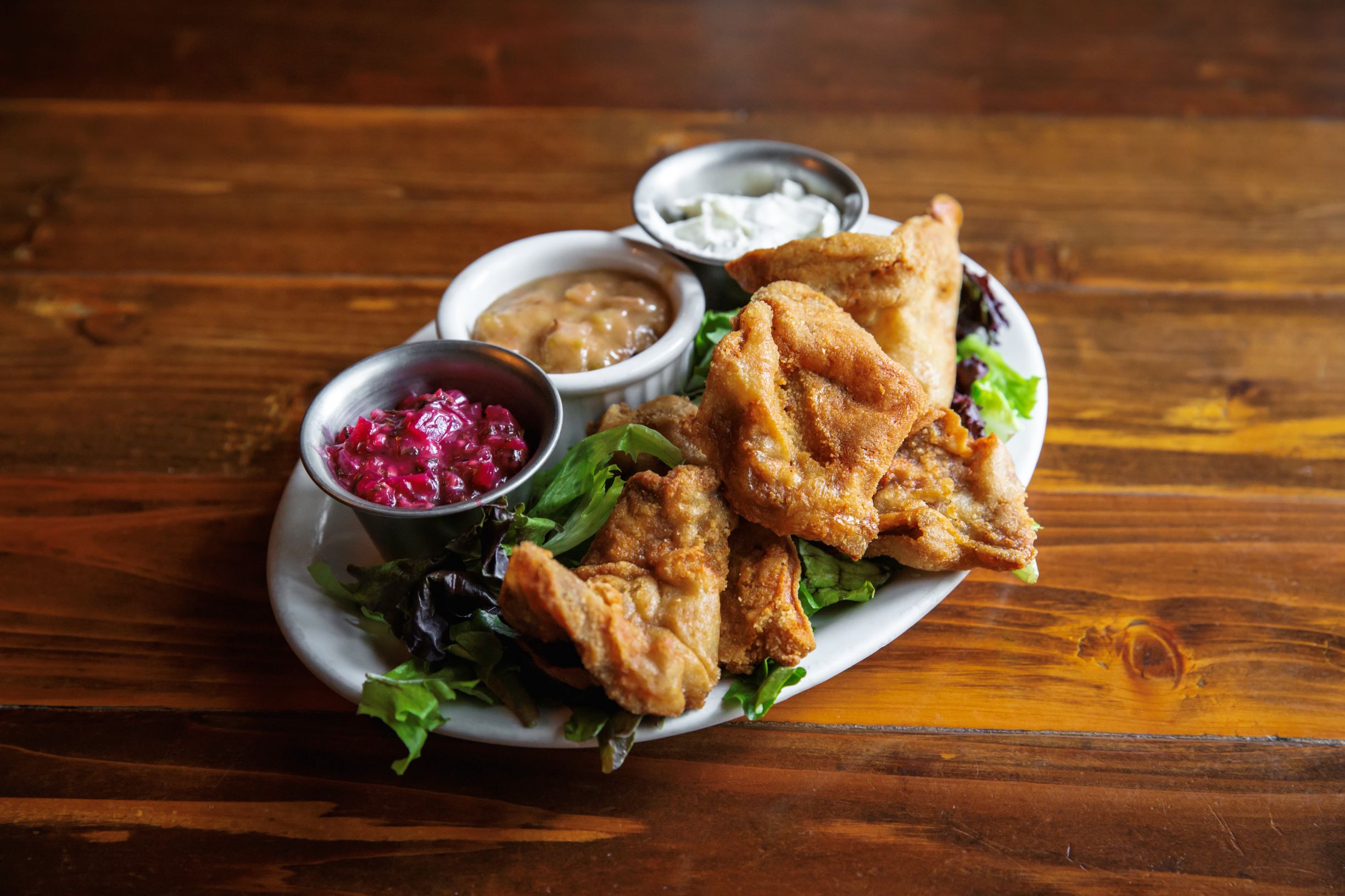 While the craft cocktails and fine American food are great, the best part about the Arvada Tavern may be the speakeasy that’s disguised as a phone booth at the front of the restaurant. When asked how that came to fruition Huggins laughed and reminisced on a late night in the bar when they came up with the idea for an upstairs speakeasy. “You see the phone booth in old pictures and you hear stories about the phone booth. So one night we were drinking after work and I shimmied the phone booth over to where the door was to go upstairs and literally the next day… I cut a hole in it.” If you walk through the door after 8 p.m. you’ll immediately hear the blues, jazz, or funk beats from the live band. The small bar at the back is much more intimate, making this a bustling hot-spot once 10 p.m. rolls around. Sometimes enthusiastic band members even hop off stage and dance with the audience during solos. Get there before then if you want a table close to the action. 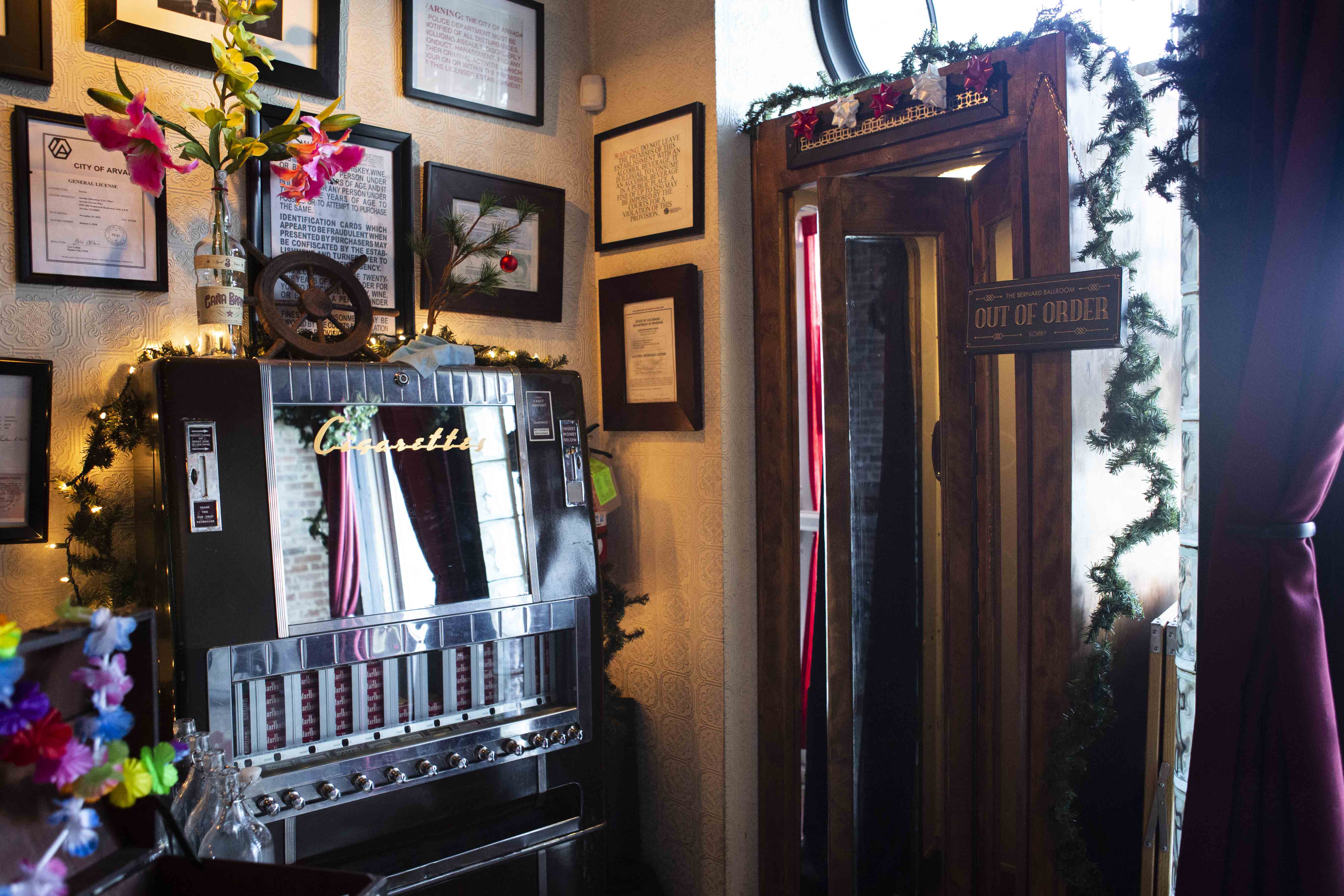 The Arvada Tavern is a long-standing gem in Olde Town Arvada and the atmosphere is hard to beat. You may not think anything of it by looking at the outside (except on Tiki Tuesdays when the flaming Tiki torches are lit) but once inside, you’ll be amazed how a strong, craft cocktail and some live jazz can transport you right back to the 1930s.

The Arvada Tavern is located at 5707 Olde Wadsworth, Arvada. Open Sunday-Thursday 4 p.m.-12 a.m. and Friday-Saturday 4 p.m.-2 a.m. Follow them on Instagram to stay up to date on events and happenings.