Chef Steven Redzikowski has an impressive track record. Before opening OAK with business partner Bryan Dayton the acclaimed chef built his credentials at renowned institutions including Le Cirque in New York, Aspen’s Little Nell and Boulder’s own shining star Frasca Food and Wine. An appearance on the Food Network will soon join the list of accolades as he and his brother Brian Redzikowski — an accomplished chef in his own right — go head-to-head on an episode of Beat Bobby Flay. The episode, entitled Oh Brother, will be a part of the show’s 18th season.

To celebrate, OAK will shut down dinner service to host a party for the episode, accompanied by all-you-can-eat dim sum from a variety of accomplished chefs from the front range and beyond. Traditional carts will serve up the goods, and libations — including beer, wine, sake and cocktails — will flow freely to wash all the dishes down. Originally the event was to double as a viewing party, but unfortunately since the airing of the show has been moved back to December 27 they are unable to play it. 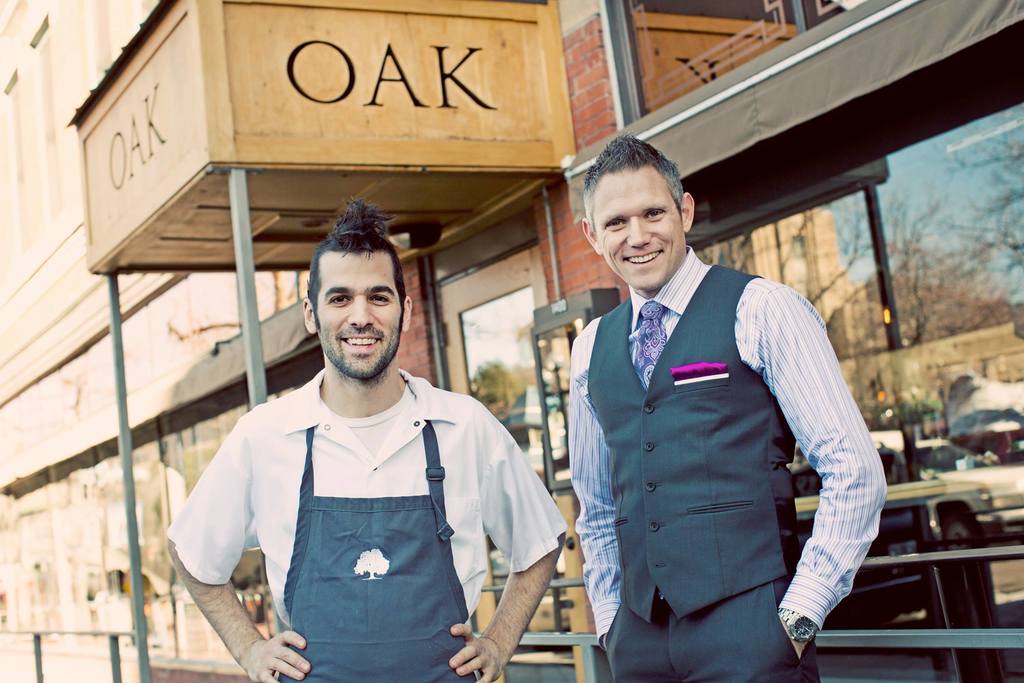 Beverage specials include an alcoholic variation of their standard mocktail the OAK Tea Time — a refreshing and complex fusion of black tea, house-made ginger beer, lavender and rhubarb bitters — a Leitz Riesling, a Gamay and a selection of beer. While the two brothers may be competing on television, the event will be all celebration — of their individual culinary accomplishments and the bonds Steven has formed as one of the premier chefs on the front range.