This January, join Papadosio in the mountains as they work their way around Colorado, getting people dancing during the cold winter month. Hot off a new album in September, the band is wrapping up their “Content Coma Tour” before their Thanksgiving and New Year’s runs.

Papadosio has played at major venues on multiple occasions but it’s their smaller shows where their energy truly shines. For their Colorado run, the group will play nine shows over three weeks which will put their stamina to the test. Luckily for them, they have plenty of experience playing at Colorado’s high altitude. 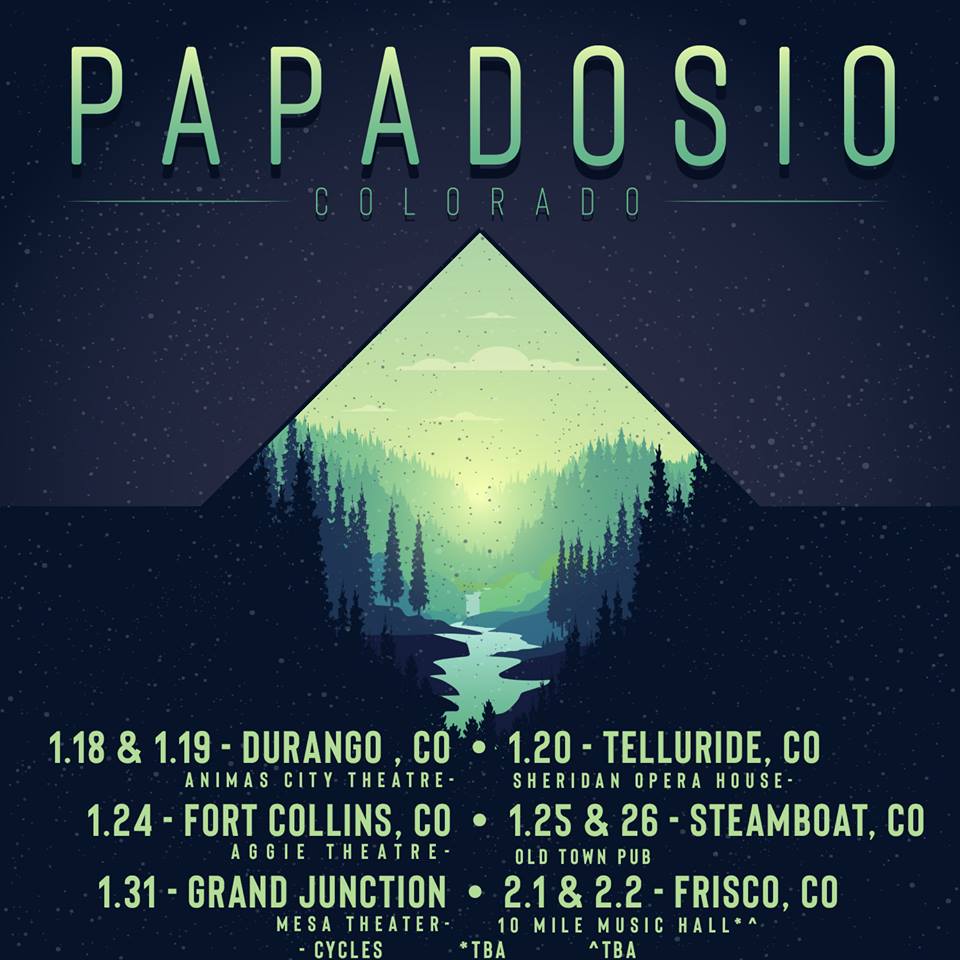 The tour will take the band to Durango, Telluride, Fort Collins, Steamboat, Grand Junction and ends in Frisco. Their show in Frisco is taking place at Ten Mile Music Hall which celebrated their grand opening on Halloween. Joining Papadosio for part of the tour is Denver based band Cycles. They plan to announce other local special guests in the coming weeks.

Tickets for the tour go on sale Friday, November 9 at 11 a.m. Go here for more information and ticketing information.