It’s baffling as to how Ophelia’s Electric Soapbox wasn’t a packed sold-out sweaty mess last night. It may have been a weeknight, but DFA legends Nancy Whang and Gavin Rayna Russom performed a rare co-headlining DJ set on their first-ever “The Ladies of LCD Soundsystem Tour.” Denver was one of only 16 lucky cities that the two musical masterminds scheduled. For those unfamiliar, Whang is a pioneer of indie-dance music as one of the core members of LCD Soundsystem, a collaborator with multiple DFA Records bands and a flat-out modern indie-dance icon. She’s worked with Soulwax, Classixx and many more. Russom, on the other hand, works with Delia Gonzalez as well as Crystal Ark and has a solo project under the name Black Meteoric Star. She also creates custom analog synthesizers for James Murphy’s notable DFA Records. The two are the femme superstars that help fuel LCD Soundsystem and last night’s intimate, potentially once-in-a-lifetime DJ set at Ophelia’s was a projection of exactly that.

Nancy Whang, especially, is relentless, fitting this 16-date tour into her busy schedule. The musician released new material with The Juan MacLean this past summer. In addition, LCD Soundsystem is currently wrapping up a new live album titled The Electric Lady Sessions and rolling out singles which include covers and a strong presence from Whang. One of these covers is Heaven 17’s “(We Don’t Need This) Fascist Groove Thang” which includes Whang’s complete control on the lead vocals. Following up on their first-ever Grammy win, there’s no doubt that LCD Soundsystem is taking an opportunity to spotlight the strengths of their women members.

Though LCD Soundsystem — Whang and Russom included — are keeping busy, they’re staying incredibly topical. Their cover of “(We Don’t Need This) Fascist Groove Thang” incorporates their own edits like the mention of an “orange president.” But what encompasses this notion even further is the Ladies of LCD Soundsystem Tour itself. Upon announcing the tour, the Ladies said that one dollar from each ticket would be donated to RAINN, an anti-sexual assault non-profit that works with sexual assault survivors and provides a 24/7 hotline. Not only did the ladies tie-in charitable aspects to their tour, but they also announced that each tour stop would spotlight local women and non-binary DJs. And last night they did exactly that. Trans-woman and resident DJ of local gay club Tracks, DJ Markie kicked off the show. L.A. Zwicky followed — a local DJ and hairstylist that specializes in non-gender specific looks and is a member of the queer community.

Russom herself is trans, having come out just last year. In an extensive coming-out interview with Pitchfork in July of 2017, Russom memorably claimed, “Now it’s time to become a whole person.” It’s exciting not only because Russom is becoming more comfortable in her own skin, but also because the Ladies of LCD Soundsystem can now simply be a thing. Before Russom’s transition, in the eyes of the public, Whang was the only lady in the band. But now, LCD Soundsystem has become something even more incredible embracing their LGBTQ counterpart and supporting Russom in her very own co-headlining tour with Whang. For queer fans of LCD, this new chapter in their history as a band is truly a wonderful thing. 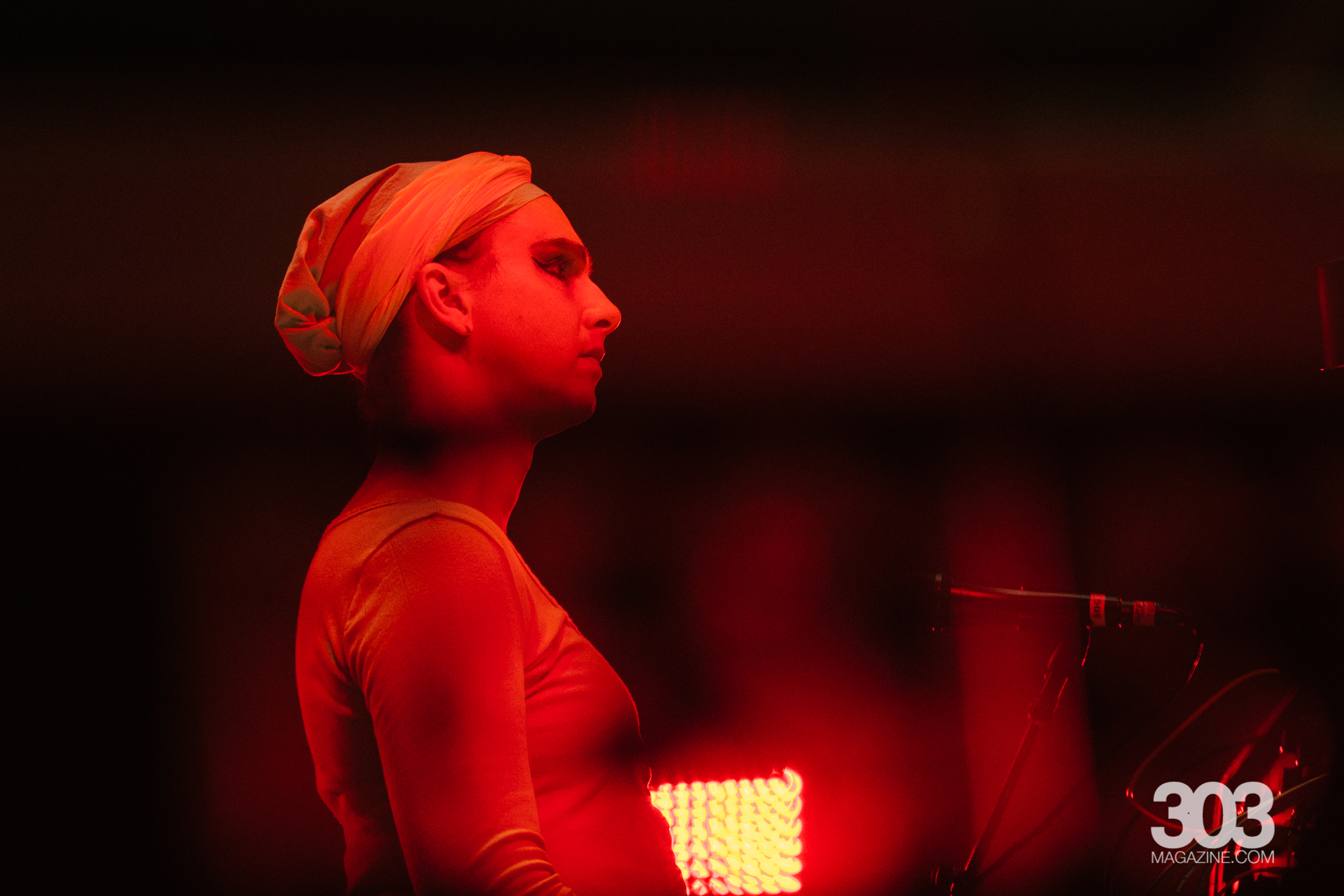 Last night at Ophelia’s, Whang went first, kicking off her DJ set at promptly at 10:30 p.m. It was immediately clear that the musician Denver was with last night was not the same Whang we see with LCD. She let her guard down — her serious stigma dropped at times as she laughed with Russom or energetically ran on stage at the end of the show to say goodbye to her Denver fans. She didn’t sport her usual fashion-forward attire, rather had her hair up in a ponytail wearing more comfortable clothing. It was clear from the get-go that this was going to be a very different LCD experience.

Whang primarily focused on funk, disco, ’80s inspirations and just overall indie-dance music. It was reminiscent of LCD at times often incorporating trance-inducing cowbells and woodblocks. Just like any other dance party at Ophelia’s, the crowd was grooving — and Whang didn’t allow us to stop.

Gavin expanded from Whang’s set, offering similar qualities with more of a techno backbone. What the two accomplished together, though, is spotlighting how immaculate their tastemaking skills are. The two soundtracked the night with tunes you may recognize, but are likely not familiar with. It wasn’t a DJ set with classic disco-funk hits or even modern post-punk — LCD Soundsystem included. Together, Whang and Russom showed off their curation skills in one of the most memorable DJ sets without a single memorable song. 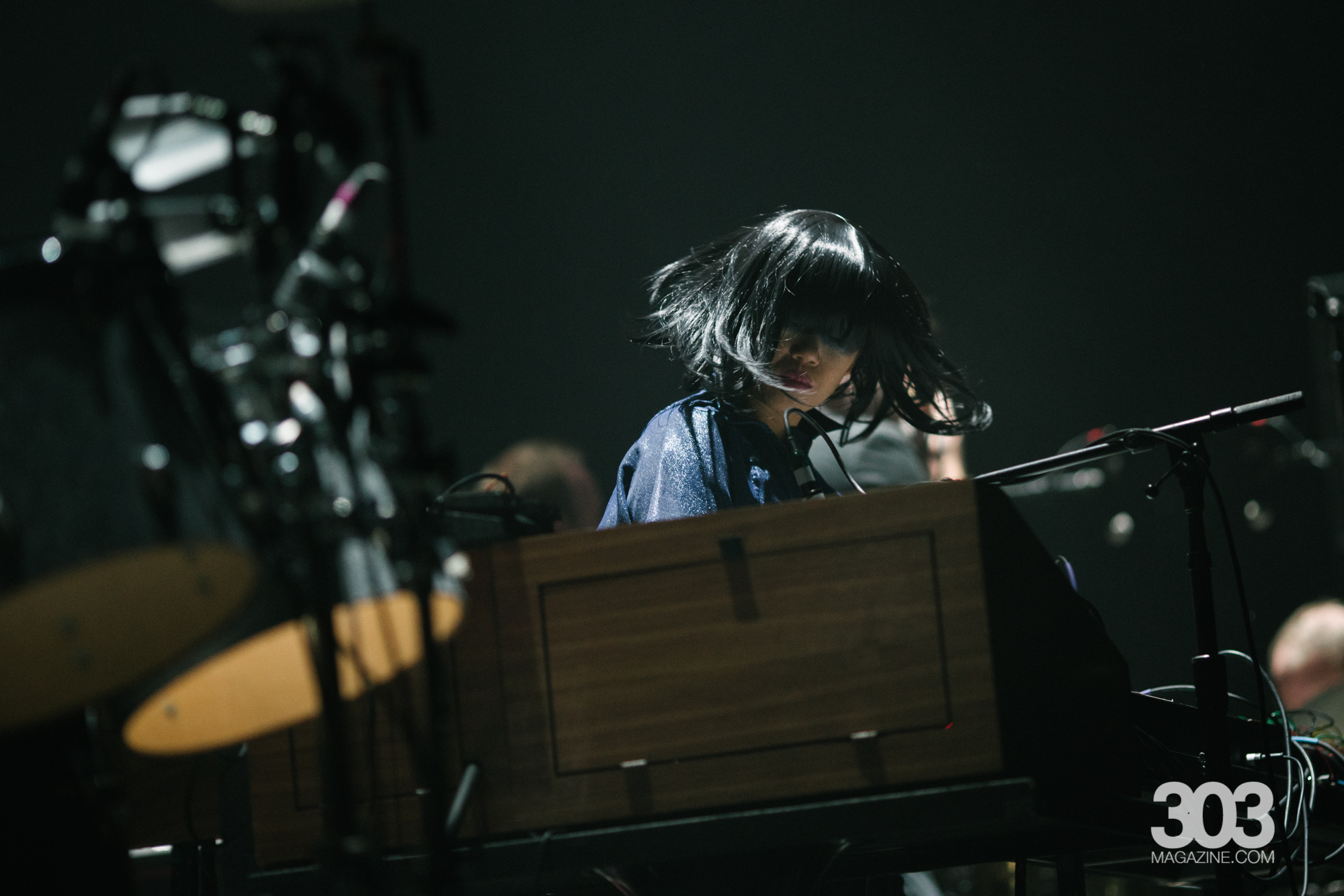 Throughout the evening, fans compared the two sets excitedly, picking a favorite — though, the consensus was that both were fantastic. The community feeling amongst LCD fans was overwhelming, making conversation with strangers about the Ladies. It was an intimate night for die-hard fans that we won’t soon forget. Not only was it a night of community and fanship, but it was also a night of appreciation for women and the queer community. LCD Soundsystem wouldn’t be what it is today without Whang or Russom, and last night’s performance showed Denver exactly that, demanding that we bow down to two of the modern goddesses of indie dance music.