The craft beer scene in Denver is robust and growing. If you want to separate yourself from the pack it requires tasty beers, a unique atmosphere and, in our opinion, the desire to be different. In a city where there are over 70 breweries focusing on every style imaginable, Dos Luces managed to do the unthinkable, focus on a style of beer that wasn’t being represented. Dos Luces solely brews Chicha and Pulque on South Broadway in Denver.

If you aren’t sure what Chicha and Pulque are, don’t worry you are not alone. These styles of beer, which can trace their heritage back to the Inca and Aztec empires are made traditionally with corn for the Chicha and with spontaneously fermented aguamiel for the Pulque. We spoke with Judd Belstock, the owner and co-founder and he explained how the brewery took tradition and gave it a modern twist.

Belstock has been in craft beer for a long time, 16 years to be exact, but got his love for Chicha and Pulque from his father who spent time in Peru with the Peace Corps. Sam Alcaine, the brewery’s co-founder has a similar story, a brewer who got his love for South American flavors from his family. Son of El Salvadoran and Cuban immigrants these brewing styles grabbed him.

For Belstock, the genesis of the idea was about the beer drinker and what he wanted them to experience. “They need to start to appreciate that beer can be more than just barely, hops, water and yeast,” he said. 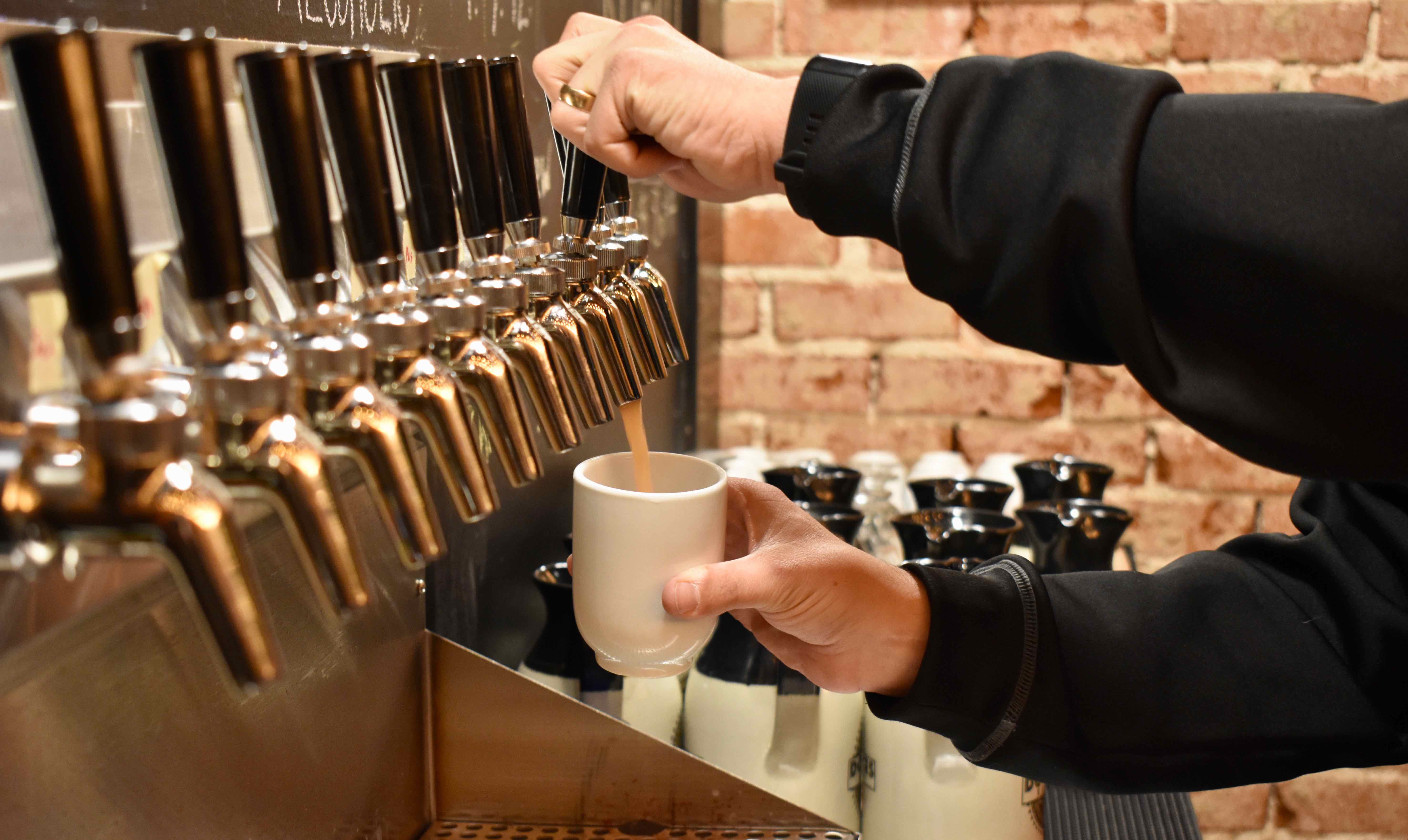 In Dos Luces’ case, corn takes center stage with both the Pulque and Chica made from 500 pounds (per batch) of Colorado malted blue corn. “It is the core of who we are,” said Belstock. The fruits, coffees, chocolates and other adjuncts that go into the brews are gathered from regions in South America and used whenever possible to keep the mix of traditional and modern. The high-quality ingredients are a major part of what makes Dos Luces beers unique.

But what doesn’t go inside Dos Luces’ beer is equally important  — there are no hops and no typical grains just the corn. Why is this so important? There will never be a hoppy flavor and these will be some of the most delicious gluten free beers you will be able to get ahold of locally. This is a beer for people who are looking to expand beer horizons or are leery of over-hopped libations.

We have tried several gluten-free beers in our time and we can say this is one of the most enjoyable. Do not assume that because these beers don’t have hops or grain that they aren’t flavorful. It is the opposite, they burst with flavors. We started with the base beers the Chicha-Inti and Pulque-Metzli. You are immediately struck by the spices which take the place of hops in these brews. The Chicha pops with clove while the Pulque hits you with cinnamon. The Chicha is sweeter while there is a hint of sour-sweet in the Pulque. 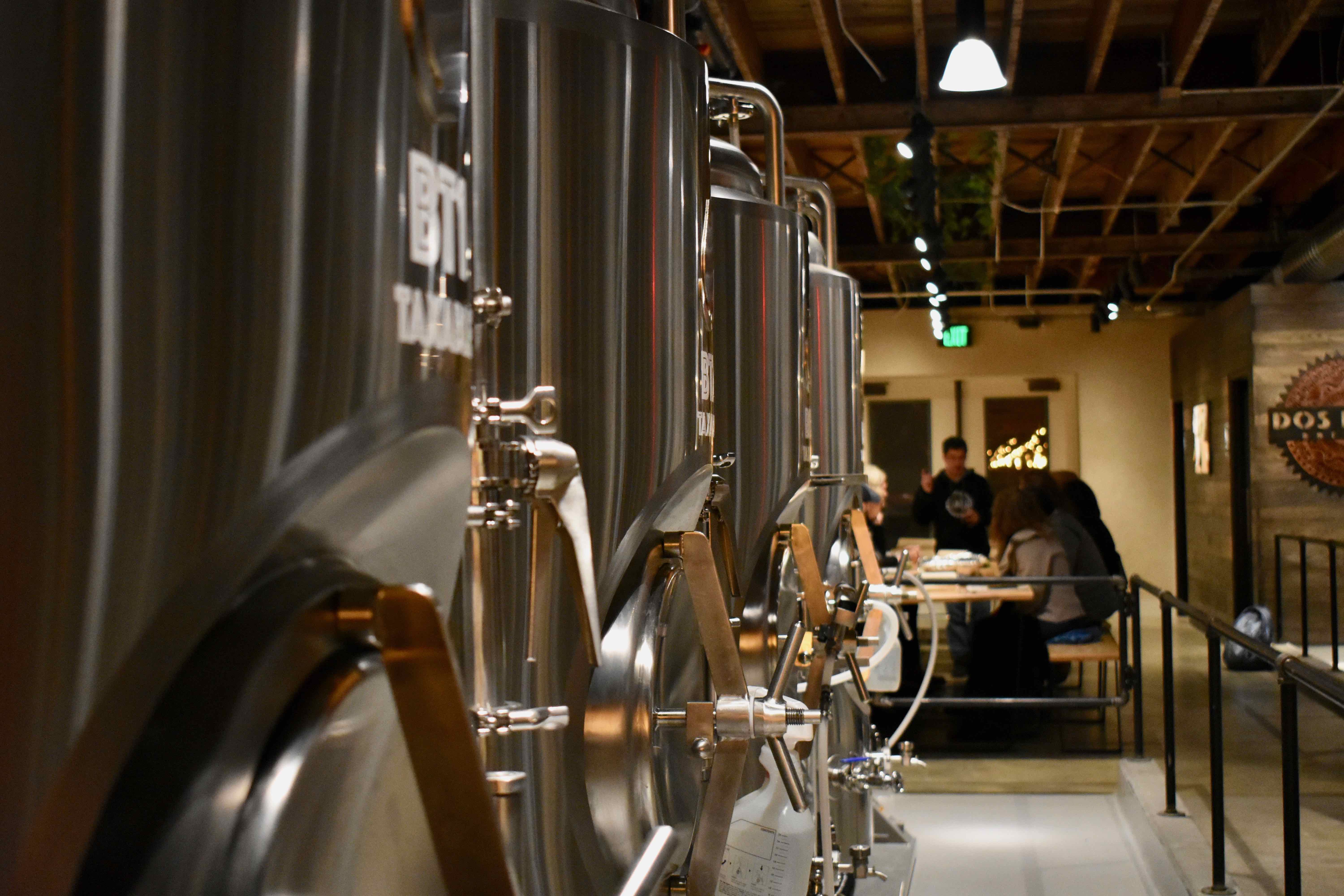 Served in eight-ounce ceramic cups you almost forgot you’re enjoying a beer. That is until you get a few sips in and they hit you. These aren’t powerful beers — coming in at five and seven percent respectively — but the flavors beg you to go back for more. If you want more than eight ounces you can opt for the 32-ounce pitcher that comes along with as many ceramic mugs as you have friends. It’s about the experience of the beer, it’s meant to be shared and appreciated in a group.

Like the beer, the brewery itself is meant to be experienced. Dos Luces which stands for two lights also represents the two beer styles. The Chicha is named Inti after the Inca God of the Sun and the Pulque is called Metzli after the Aztec God of the Moon. The layout of the brewery and the décor transports you with representations of those gods. There is still football (both kinds) on the televisions for those who prefer the modern. There are also guest taps – you will almost always find one hoppy beer on tap — but we recommend sticking to the Chicha and Pulque.

The layout of the brewery is also based on pre-Colombian mythology and it’s broken into three separate areas. There is the upper — the front of the brewery glowing with lights and a robust potted plot as the focal point. It’s peaceful and spiritual. As you move back you walk through the brewery space, which is the middle. This middle represents the workspace. Lastly, there is the lower which is the back of the brewery, the cave where you can be tucked away from the world.

If you are looking for something different Dos Luces should be on your list. Enjoy more than the beer dive into a different type of beer culture. Belstock put it best, “come take part in the experience of Dos Luces.” 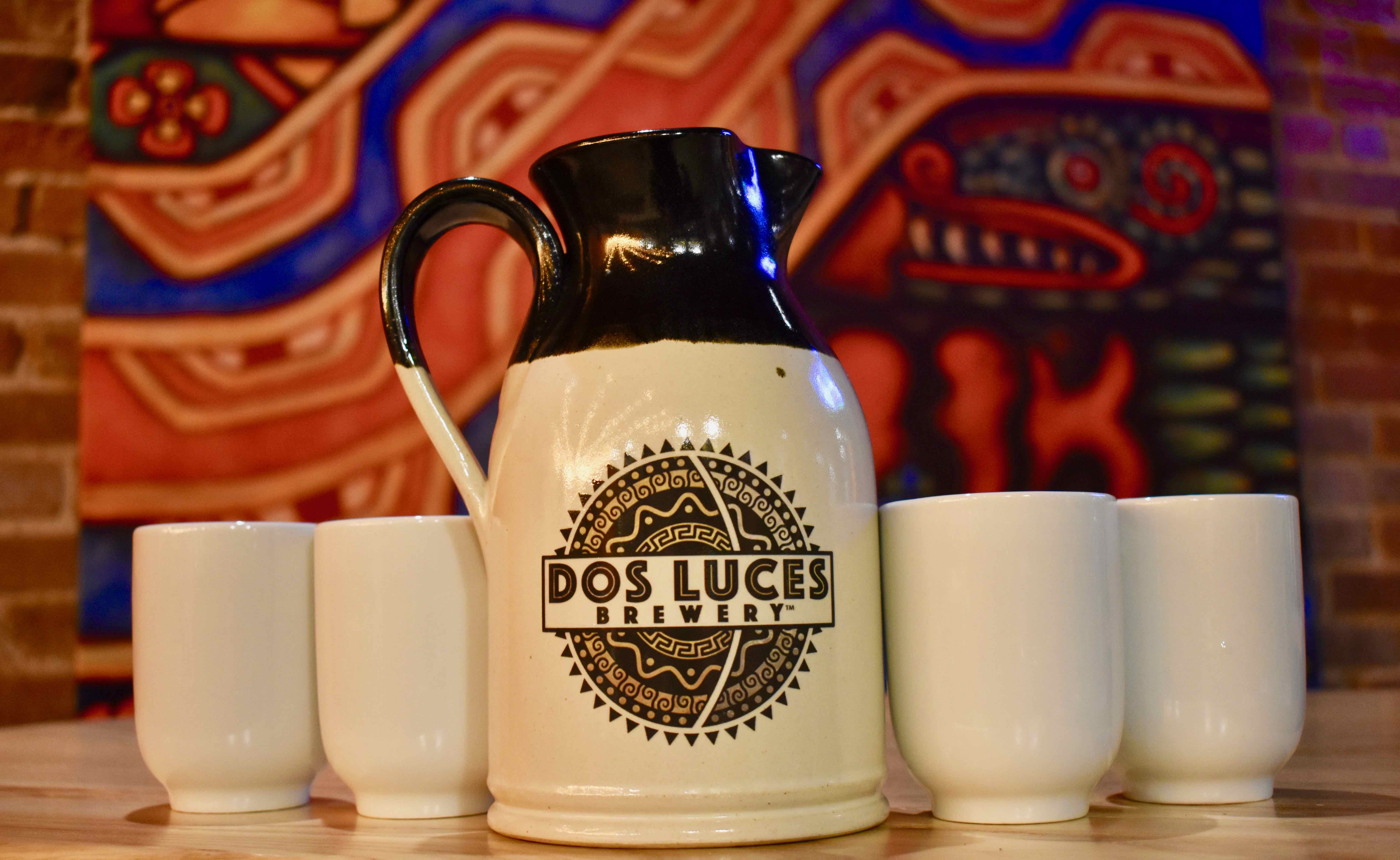