The population of Denver food trucks has sky-rocketed in recent years. In fact, as of April 24 of this year, 594 food trucks were licensed within the city of Denver and that number has only increased since. From downhome southern cooking to tacos, pan-Asian cuisine and barbeque — there seems to be a restaurant rolling through our city for nearly every palette these days, and Food Network noticed. That’s why it’s kicking off its new show, Food Truck Fan Fight, in the Mile High City.

Host Eddie Jackson (formal NFL player, food truck owner and private chef) is hosting the first episode of his new show Food Truck Fan Fight at the Stanley Market Place, in Aurora — and it’s slated to feature some eateries that many Denver dwellers have come to know and love.

J Street Food Truck, Boar and Castle, French Twist, Jesse’s Smokin’ Nola and BF Chew Chew will compete in two rounds of competition during the episode. First, the teams will prepare samples of their signature dishes at the Stanley Market Place for guests to vote on. The two winners will continue to downtown Denver for the second round of competition where they’ll have to sell the featured dish with a mystery ingredient at the St. Patricks Day parade. The truck team that sells the most dishes at the parade will take home the crown. 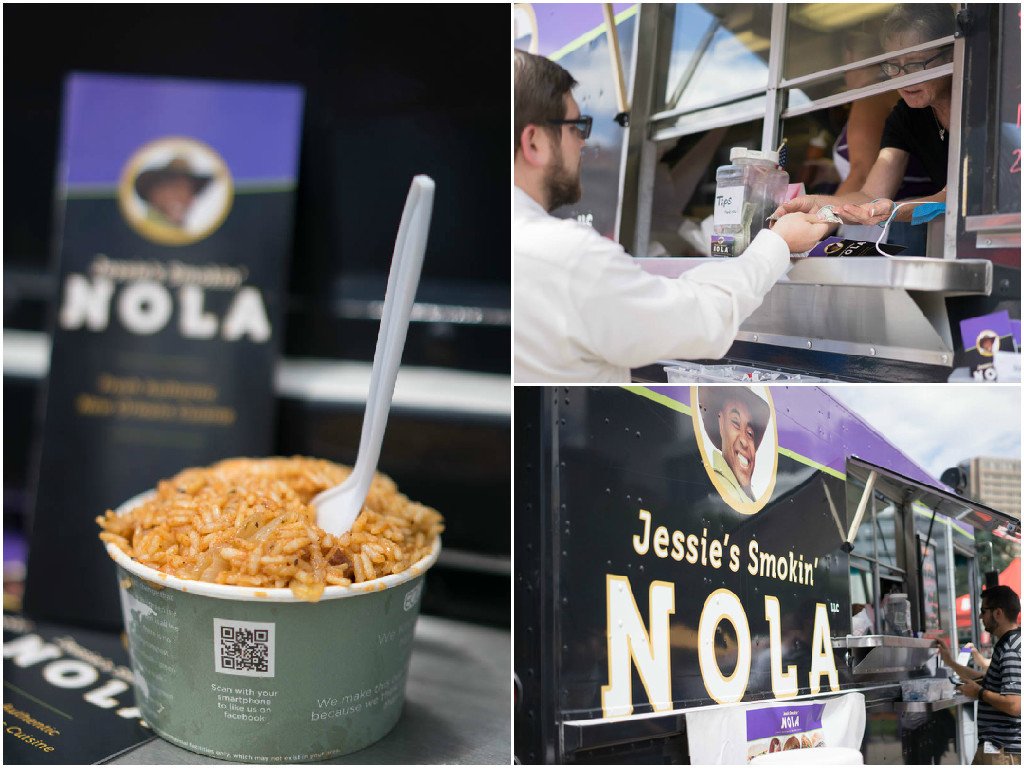