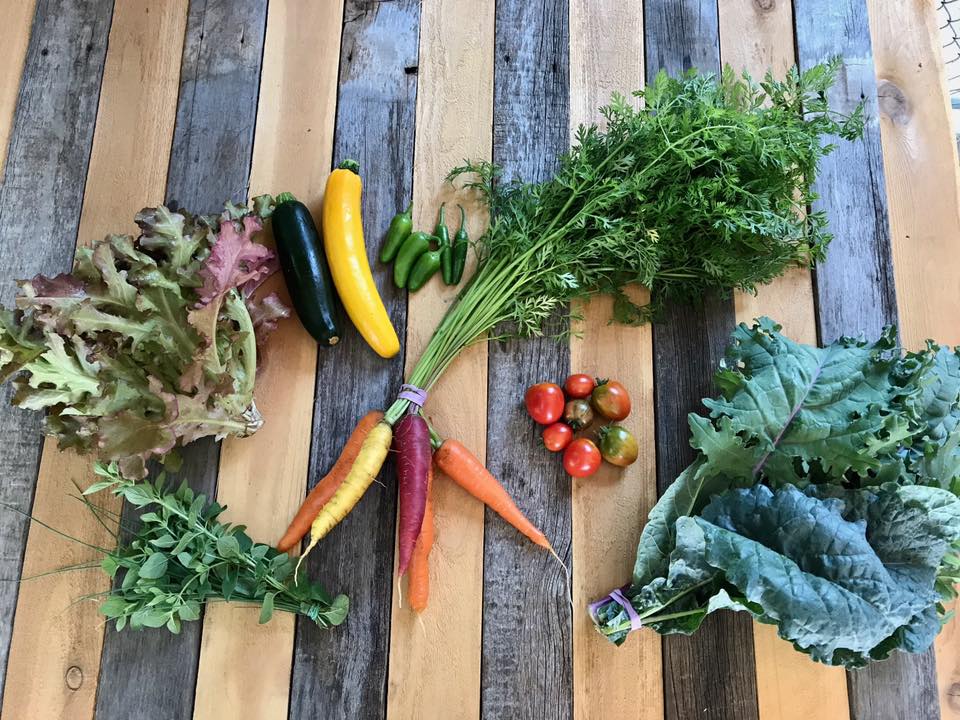 Many pressing issues are going on around the world today and one of the most important is the food system.

“Forty percent of food in the U.S. is wasted,” said Maddie Keating, the Denver city lead with the Natural Resources Defense Council (NRDC) Food Matters Project. In addition, it is also a loss in hundreds of billions of dollars a year and tons of wasted farmland. Therefore, the issue is not a lack of the world’s food supply causing hunger, but rather throwing away edible food and scraps.

If community residents, restaurants, caterers, food manufacturers, grocery stores and the hospitality industry worked to divert food waste, we could save a lot of food. Luckily, many cities are working on small initiatives to slowly make this a reality. But Denver, in particular, has something very progressive in-store.

The Denver Food Vision was released last October which is the result of 18 months of community engagement from the Denver Department of Public Health and Environment. The engagement included industry focus groups, online surveys and public outreach events. To summarize, the information gathered helped to make the Denver Food Vision. It is a 35-page document outlining the way Denver’s food system can be more inclusive, healthy, vibrant and resilient. The document lists 12 key priorities:

In order to set these goals in motion, an action plan was made and officially released last month. The Denver Food Action Plan is a set of projects which will increase food equity in the city in the span of the next 12 years. The most important end goals of the plan are to reduce food insecure households by 55 percent and cut food waste in residential garbage collection by 57 percent by the year 2030.

“We intend to, about every six weeks to two months, release a project that supports a different goal within the vision,” said Tristan Sanders, Program Manager of the Denver Department of Public Health and Environment.

Currently, 12 to 15 different projects are in the works, all of which focus on improving the city and county of Denver’s food system.

“Some will be fast projects that we can get done in six months, some might take 10 years,” said Laine Cidlowski, Food System Administrator at Denver Public Health and Environment. “It just depends on the scale of the issue.”

The first and only project to be announced so far is called Food Matters — a collaborative effort with (NRDC) and The Rockefeller Foundation, which will work to reduce food waste and insecurity in Denver businesses and homes. It is a two-year pilot in which the city and county of Denver will work closely with the NRDC to engage with stakeholders and implement programs that address food waste. After the pilot, the plan is for continuous implementations of the policies and programs made. The NRDC also released two reports looking at the sources and types of food waste, as well as percentages in three cities — one being Denver. The other two cities, Nashville and New York, in addition to Denver, helped to give a diverse look at the country as a whole.

“These cities give a broad picture of some different sized and types of cities to look at this issue,” said Keating. “We’re hoping to make this a national initiative, work in one city and then use what we’ve learned in other cities.”

The one city the NRDC chose is Denver and the result is the Food Matters project. The Rockefeller Foundation funded the reports and is funding the project as well. 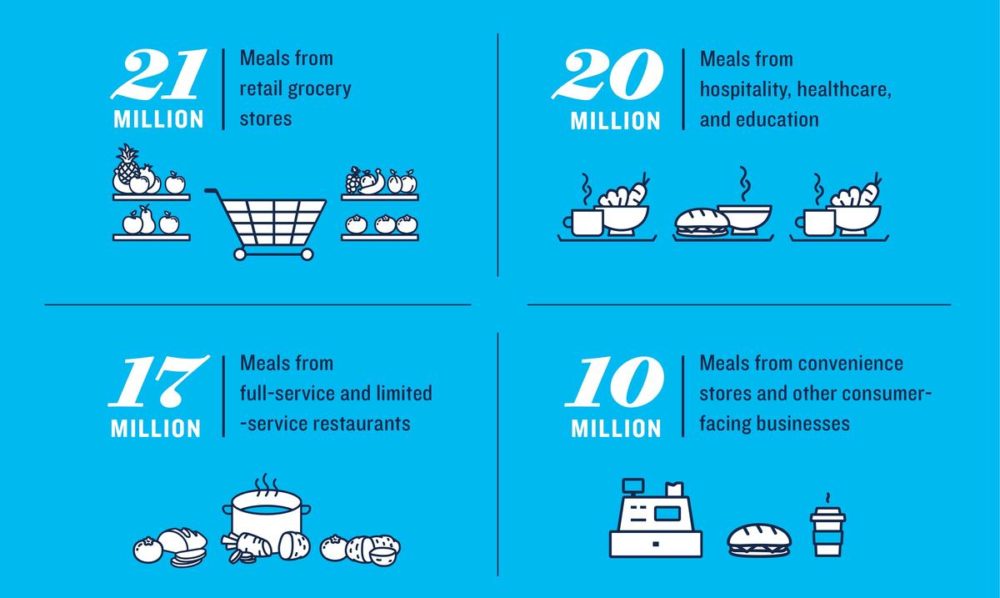 The number of meals thrown away annually in Denver, Nashville and New York City combined. Diagram courtesy of the NRDC.

The first report looked at the percentages of the sources the food waste is coming from in all three cities.

The second report looks at the potential ways to reduce and redirect food waste based on their findings and research. Thus creating the strategies to execute the project which are:

1) Consumer education about the amount of food wasted in Denver.

3) Expand residential and commercial composting opportunities to reduce bulk and emissions at landfills.

As for the funding, The Rockefeller Foundation, a philanthropic organization based in New York is granting $200,000 towards the project. In addition to funding, the organization has expertise on the subject from previous projects they have worked on.

“We do a lot of work on agricultural development in Africa — and we funded a documentary a few years ago called Wasted (about food waste and produced by Anthony Bourdain),” said Devon Klatell, Initiative Strategy Lead for Food at the Rockefeller Foundation. “We also partnered with the WWF last year to run some pilots to reduce food waste in hotels around the country.”

How Food Matters Will Work 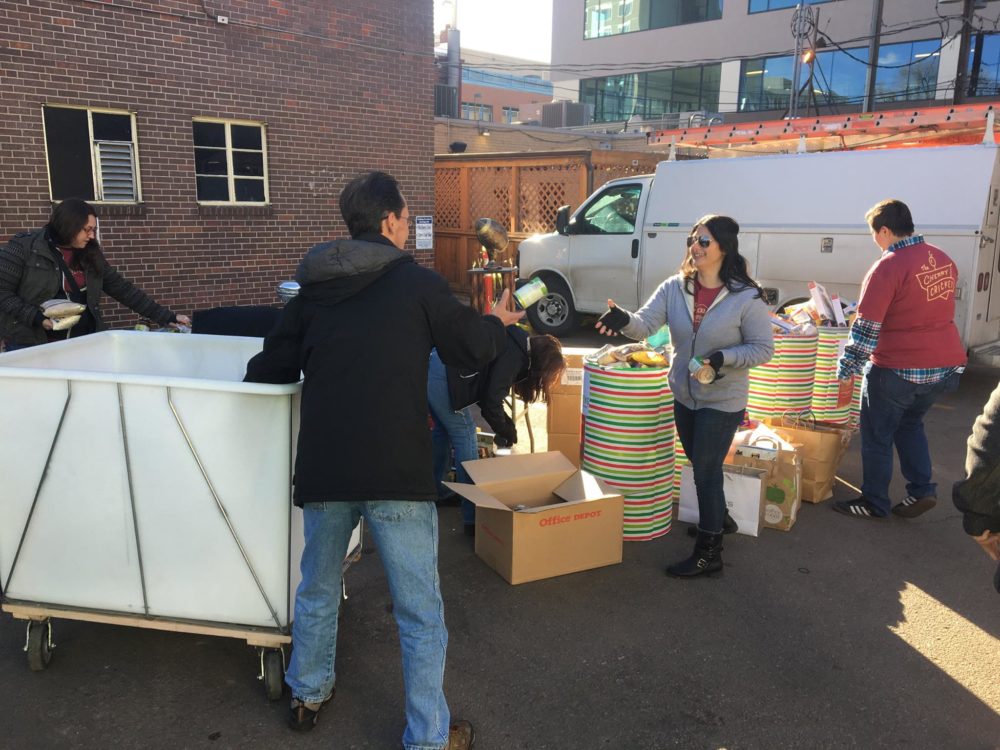 “We are working with any food facing business — restaurants, caterers, venues, event centers and more,” said Sanders. “On the other side of things, we are working with the solid waste folks, recycling companies and compost haulers.”

Several non-profits will work to rescue and house donations such as Denver Food Rescue, the Food Bank of the Rockies and Metro Caring. The goal is to get as many food-facing businesses as possible to reduce food waste as well as compost.

This year in the pilot is about consumer education and business engagement. The following year, 2019, will be about food donation policy change, stakeholder engagement and philanthropic investment to reach food donation potential. In 2020, there will be a sustainability plan for residential composting as well as commercial composting pilots. From then on, the hopes are for sustained efforts of stakeholder engagement and ongoing city support for food waste and rescue initiatives.

How to Get Involved

So how do restaurants, community partners and residents get involved?

As a resident, you can start by composting your food scraps and donating to food pantries and neighbors in need. One way for restaurants to do so is by becoming a certifiably green business through the Denver Certifiably Green program which offers free sustainability advising resources. EAT Denver is a good resource for independent restaurants to learn about getting involved as well.

“I want to emphasize that we are looking for more community partners,” said Cidlowski. “If anyone thinks this is an interesting project, we would love to partner with them whatever way we can. It’s going to be a collective effort if we are really going to achieve these long-term goals for the city.”

This project will better Denver’s food waste and insecurity problem and also be an example for future cities to follow. 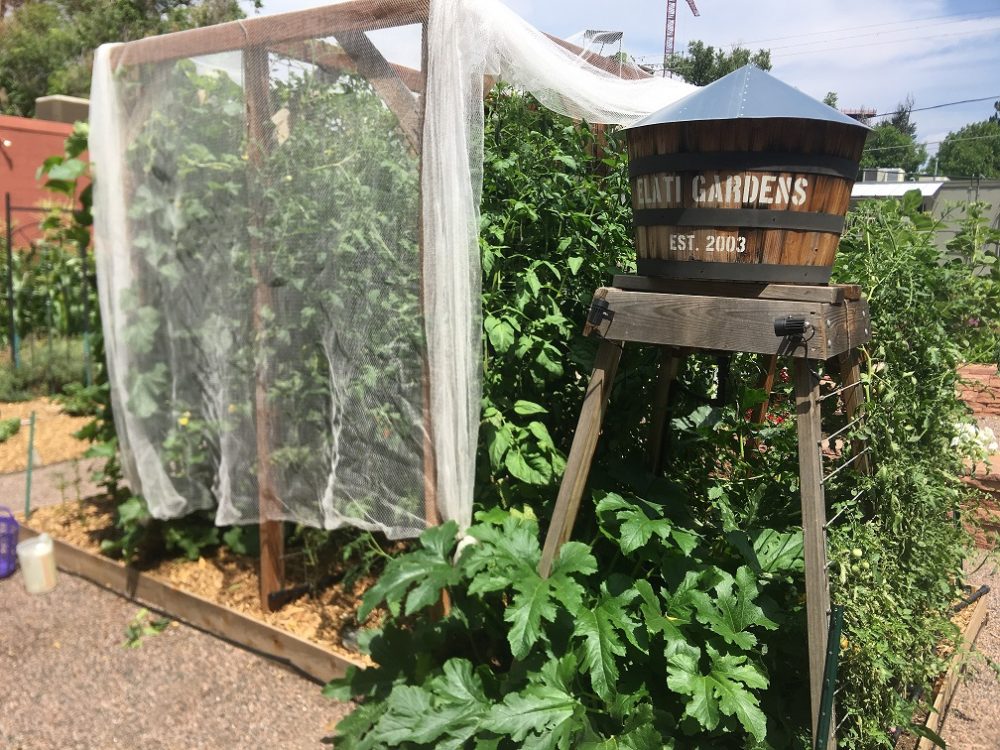 The specifics of future projects are unknown until released, but we do know some will focus on these goals:

–Getting food to underserved neighborhoods in the city and county of Denver. The main neighborhoods include Elyria Swansea, Globeville, Montbello, Northeast Park Hill, Sun Valley and Westwood.

–Increase the number of community and school gardens by 44 percent by 2030.

–Reduce the number of children drinking sugary drinks daily by 57 percent by 2030.

–Seventy-five percent of youth and adults to have 1 serving of fruits and vegetables per day, by 2030.

This is a very exciting plan that will revolutionize the city and county’s food system. Denver is forward-thinking already when it comes to organic, local and zero waste — therefore, this shouldn’t be too hard to achieve. Although the focus is only on Denver, hopes are to eventually spread these practices to surrounding localities.