A Huge Halloween Festival is Coming to Denver With 3,000 Hand-Carved Pumpkins

We’re in luck, Denver. Halloween 2018 in the Mile High city is going to be more festive than ever with one event that you must put on your calendar. Pumpkin Nights is launching for the first time in Denver at the Adams County Fairgrounds in Brighton, and will run from Wednesday, October 17 through Sunday, November 4, and will be open from 5:30 to 10:30 p.m. every evening except Halloween. 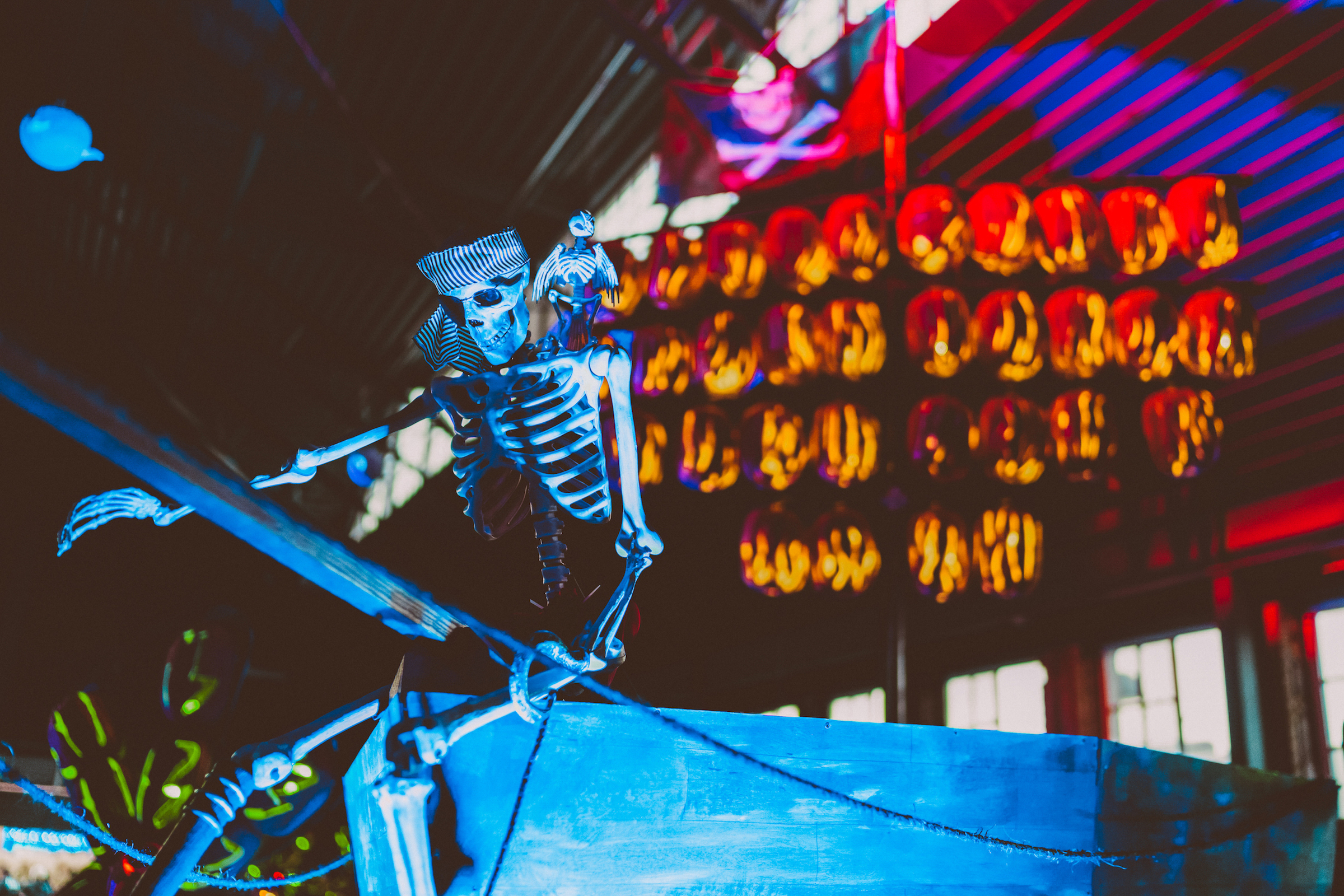 Pumpkin Nights is an outdoor “interactive Halloween experience” that will feature 3,000 hand-carved synthetic and real pumpkins designed to create eight “Pumpkin Lands” that are themed with light displays and décor. This 0.5 mile-long walking path filled with fantastical pumpkin displays is fun for the whole family. In addition, visitors can also check out a pumpkin patch, participate in pumpkin painting, watch fire dancers at the Spirit of Pumpkins Fire Show, see a screening of Pixar’s Coco, watch pumpkin artists carve giant pumpkins and enjoy seasonal food and beverages.

According to Chelsea Kasen, Co-Founder of Pumpkin Nights, the event is also launching in Pomona, California (Greater Los Angeles) and returning to Salt Lake City and Auburn, California this year, but she is really excited to bring it back to her hometown (Adams County) since she fondly remembers fall being really fun in Colorado. Denver, in particular, fits the criteria for hosting Pumpkin Nights.

“We look for places with a lot of families and are all about tradition and have an affinity for Halloween—which is Denver,” Kasen said.

Pumpkin Nights was founded in 2016 in Minnesota, but Kasen said the idea for the event was actually inspired by the Great Jack O’ Lantern Blaze in Sleepy Hollow, New York—a hand-carved pumpkin display of 7,000 illuminated pumpkins on the lawn of a creepy 18th century manor—and the magical pumpkin displays you can find at Disneyland and Disney World.

And it’s definitely a spectacle to see. For someone who’s never been to Disney or New York, you’re in for a real treat.

“Our favorite way to explain the event is to tell people to think of the most fantastic, cool, Christmas lights display but involving a better holiday—so Halloween. We’re [the Pumpkin Nights staff] all Halloween fanatics and pumpkin fanatics, and so Pumpkin Nights is a pumpkin-themed walkthrough. Much like a Christmas lights festival—but involving pumpkins,” Kasen said. 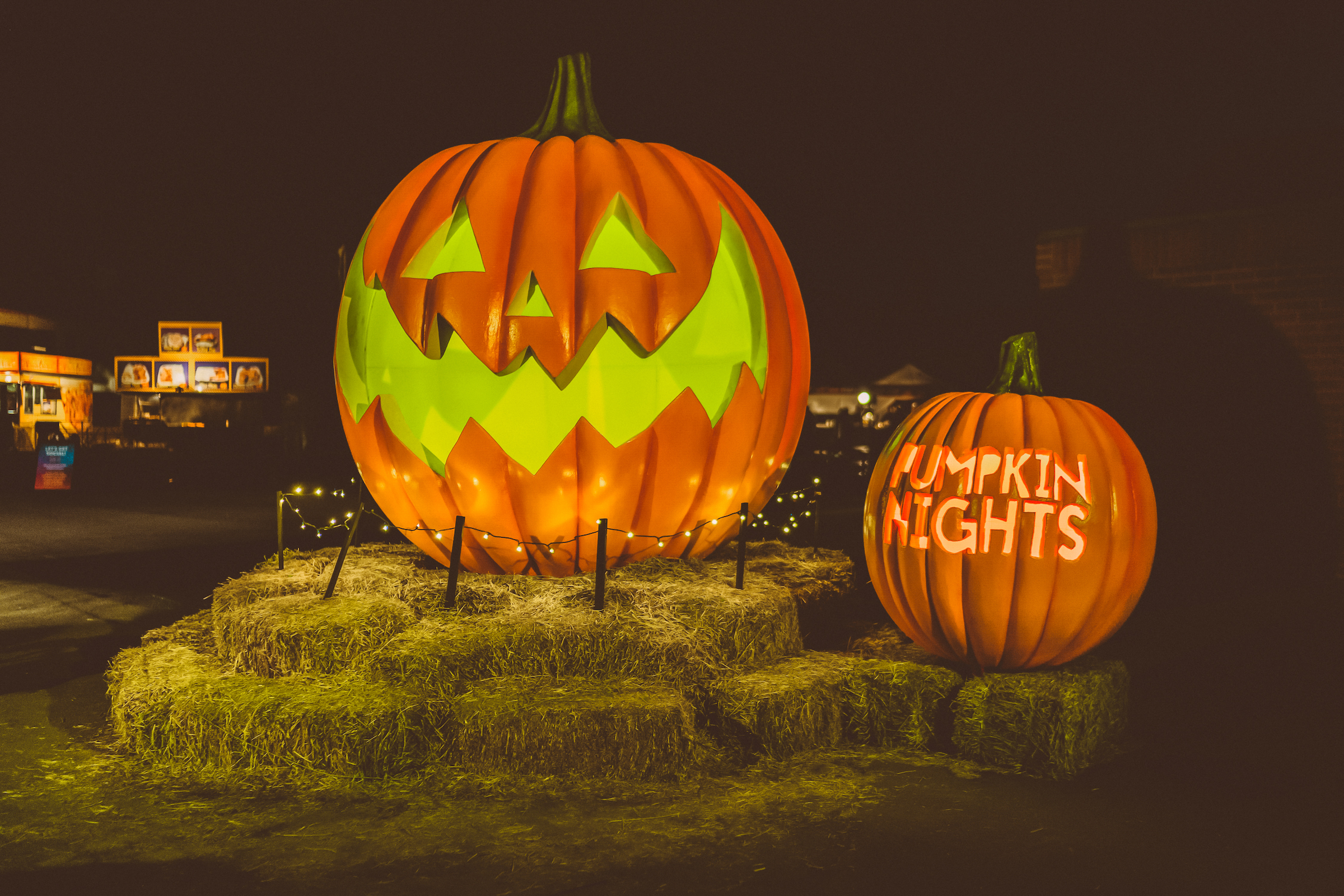 The incredible display is a lot of work. Kasen said that the Pumpkin Nights staff located in Salt Lake City only consists of 22 pumpkin artists, and they’ve been working on the 3,000 pumpkins for Denver since June in addition to 3,000 for each of the other three city locations (do the math—that is 12,000 hand-carved pumpkins, you guys!)

Visitors who attend Pumpkin Nights will also get to meet some of these talented pumpkin artists who will still be working on their carved creations up until the last day of the festival. These carving demonstrations will allow event-goers to witness the behind-the-scenes magic of sculpting the larger-than-life designs.

But do the pumpkin artists work full-time?

“Well, these are people who are professionals by day, but by night, [they] moonlight as pumpkin artists. It’s kind of this weird sub-culture that I never knew existed until I got this job, but it’s definitely there,” Kasen said.

The pumpkin artists are extremely talented in ensuring each pumpkin is unique and unlike one you’d carve at home.

“We have one artist who is a master at figuring out how to make the pumpkins look like everyday objects. He made a six-foot-long caterpillar out the Styrofoam (synthetic) pumpkins. He also created jellyfish that look really incredible,” Kasen said. 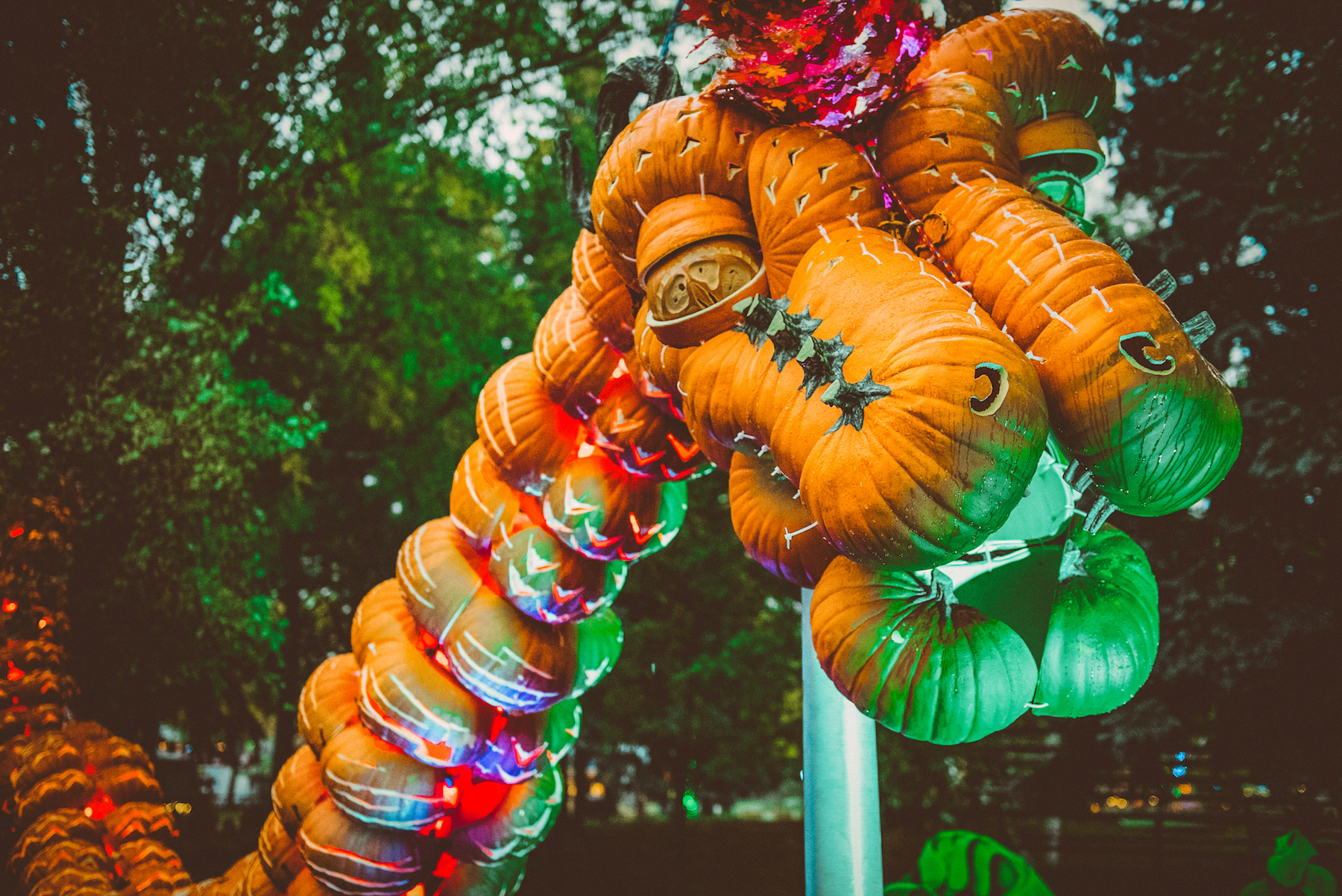 Each Pumpkin Land at Pumpkin Nights will be themed, so your walk through the spooky pumpkin displays is engaging from start to finish. Some of the installations include Forbidden Pumpkin City, an Asian-inspired lantern tunnel with a 40-foot pumpkin dragon, Pumpkin Reef, a UV-light underwater pumpkin wonderland and the Great Pumpkin Hall installation, which is themed after the Hogwarts castle in Harry Potter—complete with magical, floating Jack-o’-lanterns.

These attractions will be identical to the other Pumpkin Nights displays in California and Utah, but Kasen said they added Colorado elements specifically for the Denver location. She is also really excited about the enormous horse barns at the Adams County Fairgrounds that they get to use—a feature they don’t have in LA.

“We have quite a big footprint for the Denver location. There are Denver-specific elements in the festival, but we’ll keep you on your toes to see what those are,” Kasen said.

We’re definitely excited to see what Pumpkin Nights has in store. Kasen promises that it is a completely unique Halloween-themed experience.

“We are kind of like this sweet spot in the middle of this Halloween market. We aren’t childish or geared towards kids—like a pumpkin patch or hayride. And we’re not scary-spooky like haunted houses or haunted corn mazes. We have spooky elements like fog machines and pirate skeletons, but no jump-scares or blood and gore,” Kasen said. “So that’s why you should come. Anyone at any age can come and enjoy.” 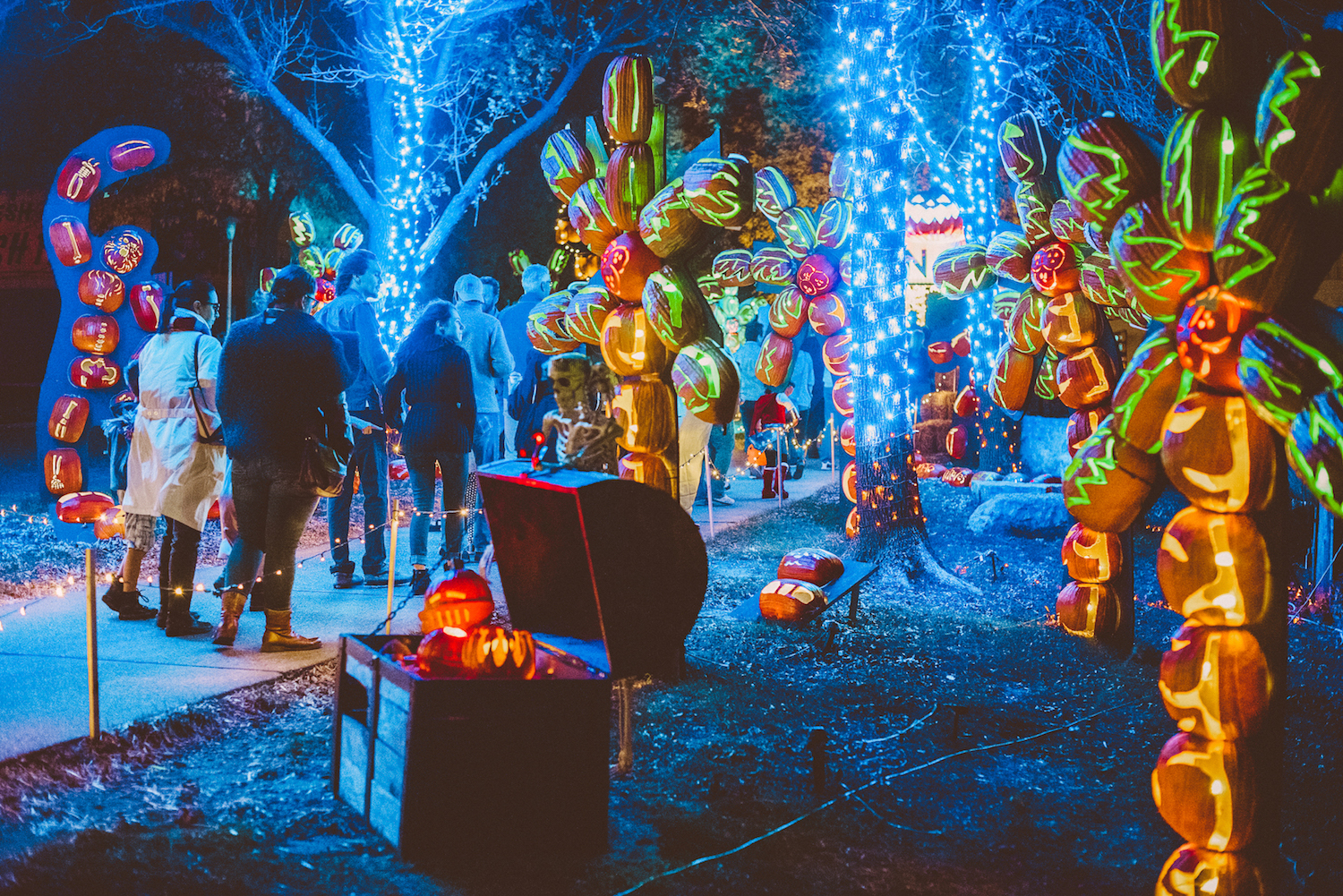 Pumpkin Nights Denver is located at Adams County Fair and Regional Park Complex at 9755 Henderson Rd., Brighton, CO 80601. Tickets are $20 for general adult admission and can be purchased here.