This is an entry in an ongoing series for 303 Magazine, which provides a range of local album reviews. It is our intention to highlight the talents of local musicians, whether veterans to the industry or newcomers. Like the bands, the album can be fresh or something we just haven’t had the power to take off repeat in the past few months. Check out previous entries in the series here.

Almost two years ago to the day we introduced you to Tenth Mountain Division, the up-and-coming jam rockers that “embodied the wild spirit of mountain towns,” and today we bring you news of their latest album set to release on September 28, In Good Company. When we first met the bluegrass-rock five-some, they were living in Boulder as Colorado University students and skillfully juggling their music with student life and all the goings-on in Boulder. In just a couple of years, Tenth Mountain Division, or TMD, has undergone some changes as a band, from adding a new member to moving to Denver and focusing on their music career full-time.

Back in 2016, keyboardist Campbell Thomas told us that once their respective graduations from CU came and went, he was “looking forward to taking TMD into full gear, practicing individually and as an ensemble a lot more.” Since then TMD has made huge strides, with headlining gigs at intimate venues in both the Front Range and the mountain towns, and a pretty consistent national touring schedule made easier with their yellow-school-turned-tour bus. Last year brought the addition of bassist and vocalist Andrew Cooney, whose classic rock sound has been the cherry on top of what has quickly become a finely-tuned music act. Most recently, TMD became part of the Madison House family, Boulder’s premier talent agency — a giant leap for the band. 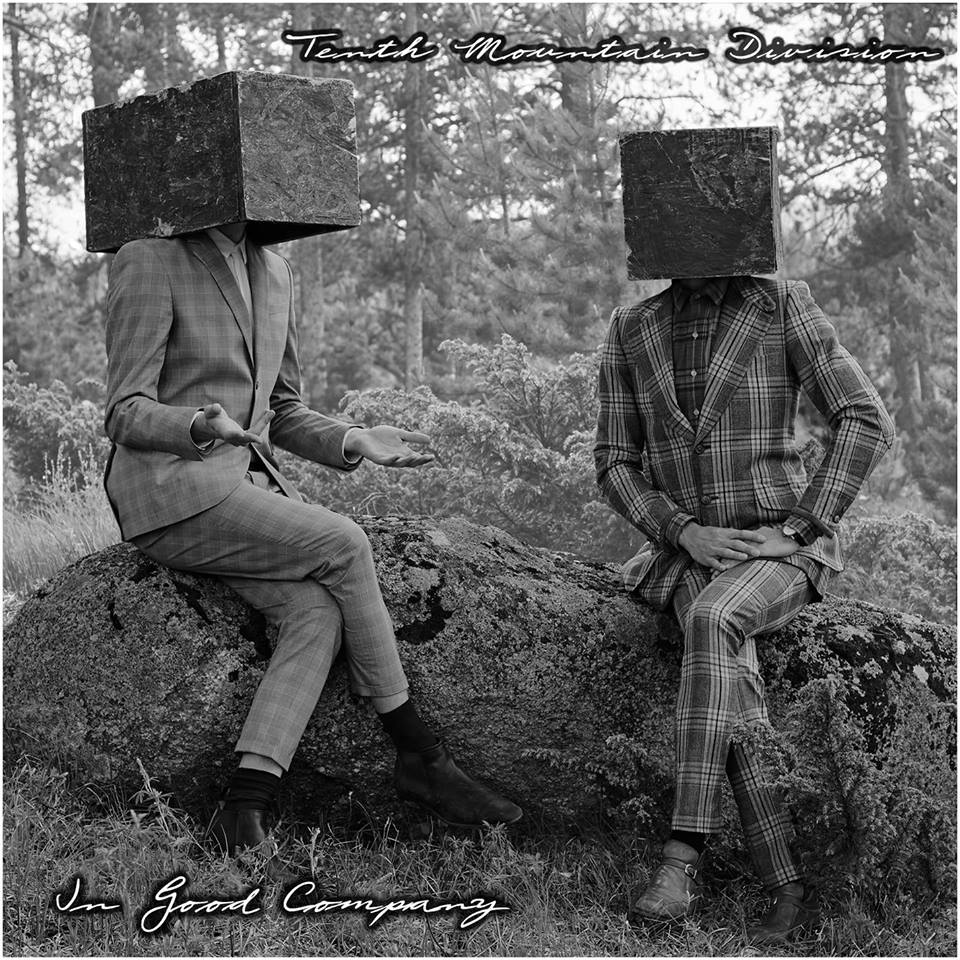 The band’s first album, Cracks In The Sky, shows Tenth Mountain Division “seeking discovery,” as Ouimette described it. In Good Company — recorded over five days at Mountain Star Studio in Blackhawk — is TMD “seeking enlightenment.” Each member shares a piece of the spotlight both live and on In Good Company, which is exactly what both the band and their fans want, and Heuga expressed that perhaps his “favorite aspect of the band is having four songwriters to provide four different voices.” On the album, we hear the guys of Tenth Mountain Division take turns as frontman and share that spotlight as gracefully as any five strapping young lads can do.

In Good Company provides a handful of contributions from newest member Andrew Cooney, such as his precedence on the soulful “Good Gravy.” Cooney’s shining moment, however, is the opening song of the album, “Django” — a song about tough love and diverging paths, boasting his freshly inaugurated skills on both the acoustic guitar and as a lyricist. Cooney’s addition to the Tenth Mountain Division family can only be described as the epitome of fashionably late, as the fifth wheel that has completed the band’s “ski rock” vision and sound — “Only got one life but I need two / One for doing me and one that’s just for you / It’s your world but it’s mine, too / Only got one life but I need two.”

Both the band and its name was founded in the Vail Valley by co-founding fathers MJ Ouimette and Winston Heuga, and together the two take the lead on nearly half of the album. Ouimette’s charming consistency on acoustic guitar and his gruff yet sensual vocals on tracks like “Love is What You Gotta Give” thoroughly compliments Heuga’s crystal clear mandolin and his playboy aura as he takes center stage. The pair is dynamic. 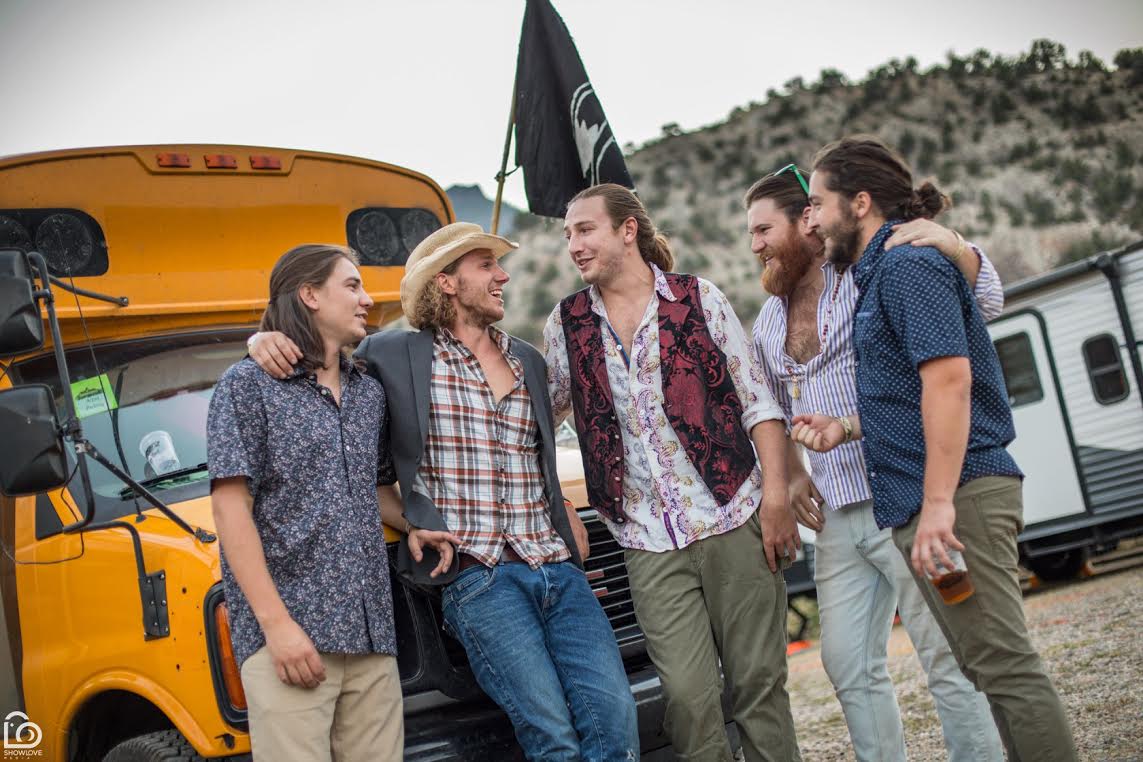 There is more than one highlight on In Good Company, the first of which comes in the form of Thomas taking the lead on “Arkansas.” His “Been Thinkin'” is the best of what any sweetly-grinning, funk-loving keyboard player has to offer, but the true gem is Thomas’ vivacious and outstanding vocals that accompany his dramatic story of a bounty hunter/”lawless vigilante” whose karma eventually catches up with him — “Didn’t your mama ever tell you not to miss with the law? / Didn’t she say if you did you’d never make it far? / And if you do you’ll find yourself behind our bars? / Or end up down in the ground in Arkansas?”

Listen to an exclusive early release of “Been Thinkin'” here (check back in a few days, due to technical issues).

The last but certainly not least part of this musical puzzle is the much-too-humble rhythm devil Tyler Gwynn on the drums. His incendiary drumming is the beating heart of countless tracks on the album, from being the driving force of the rock instrumental “Moguls” to the backbone of the jammin’ “Block In My Head.” Gwynn’s percussionist talents on the latter perfectly compliments Heuga’s outlandish lyrics, the combination embodying the eccentric vibes of the “ski rock” genre that TMD has made their own and is bringing to full fruition — “Staring in the mirror so long / Too afraid of what’s staring back / Too afraid to look at my reflection / Figure out my life’s direction / When I looked into the mirror / Well I saw there’s no one there . And I feel like nothing, too / Yes I feel funny, how ’bout you?”

In Good Company closes with a tune that’s quite ironically named, “Misery Loves Company.” Ouimette described the song as “all five of us getting up in each other’s faces, singing around one microphone,” which is exactly what the album, the shows, and the band stands for. It’s intimate and brotherly, and as Heuga divulged, “the one element we knew we had a firm grip on was our trust in one another and a passion to elevate our music.” And just as Thomas predicted back in 2016, the music is being elevated, exponentially and as we live and breathe.