“We can improve our outlooks when we improve our inputs,” remarked Dave Ashton, Program Manager of the Denver based KGNU community radio station. Airwaves were initiated in the late 1800s during a time when theater of the imagination was most prevalent. It is a form of local communicated awareness that represents the nature of a defined area. KGNU continues to sustain diversity in Denver by providing an eclectic channel of local music and information that are either overlooked, suppressed or under-represented by other media. Members are rejoicing in their efforts and achievements after reaching a 40-year milestone of radio history. 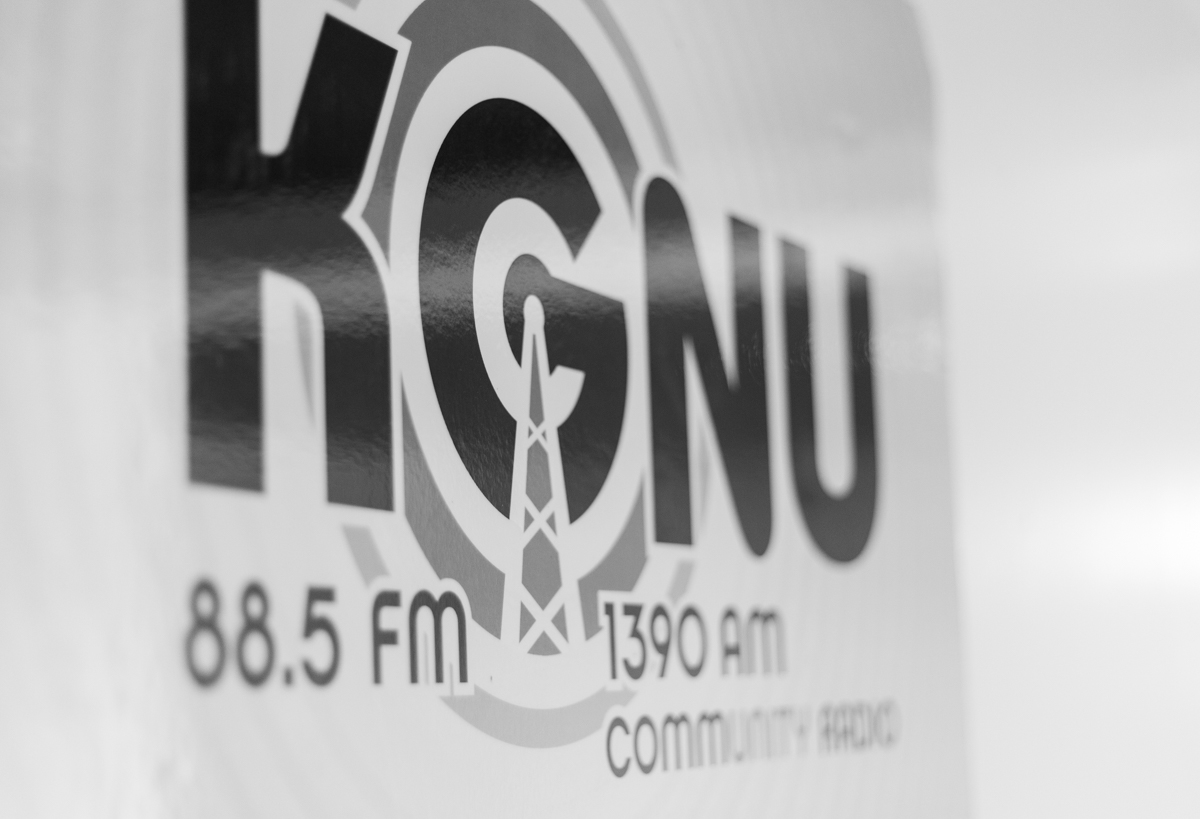 KGNU (88.5FM/1390AM) produced its first signal in 1978 at the Boulder station where it all began. After demanding moments where the team had to surpass complications and gather necessary resources, the station grew in its influence and capacity. The Denver-based satellite station began broadcasting after its creation in 2006 due to an immense desire for people to access not only music and programming — but to tune in to widespread grassroots concerns as well. “Most trusted news sources were publicizing material that was not researched in a proper journalistic fashion,” Ashton stated.

The Denver station itself recently celebrated 14 years of being an incomparable media outlet where members “empower you to be the media” — being that the nonprofit pair is completely volunteer-run and locally produced by more than 230 volunteers. “We have more live human beings on air than most radio stations nationwide.” KGNU is a collective of self-organized individuals who independently work the machine in order to generate a space for freedom of speech together. The operating budget comes from the listeners — making it a donation-based organization. 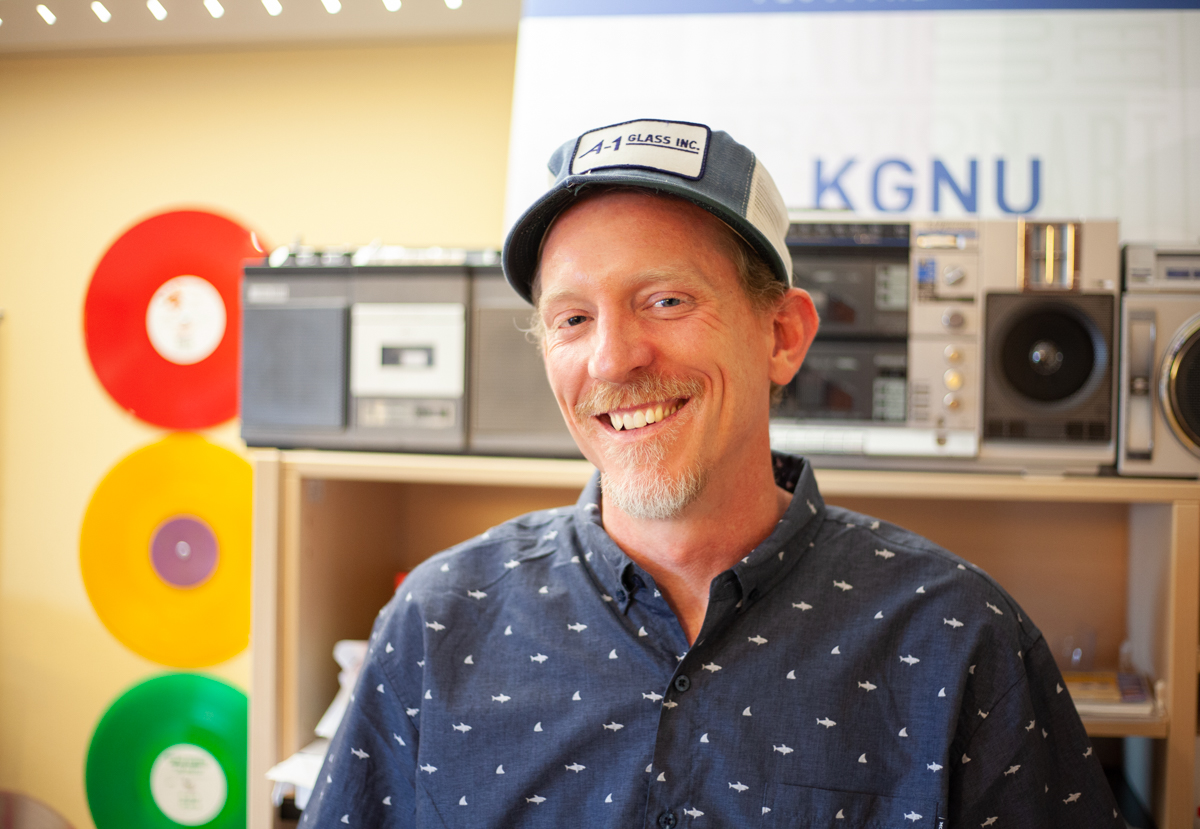 KGNU strikes a balance between its non-commercial news foundation and as a wide-ranging musical variety. The access is unbarred, which ultimately relieves any expectations for the listener. Ashton feels that the station pushes us to challenge our limitations and that “artists with tenacity will find their way onto the airwaves.” The station provides an organic approach to artist development — especially in an ever-growing music community. Local music is ingrained in everything they tackle. The merging of the Denver and Boulder stations combined with the delicate art of freeform radio allows the communal entity to reach audiences far and wide.

The impact of musical distribution from the studio maintains local sound in a cultural context. “There have been periods of intensive collaboration with emerging bands in the past,” Ashton explained. “In retrospect, people got record deals and were first revealed to the public on KGNU. One of the huge impacts is the hip-hop show, Eclipse, which is one of the longest running hip-hop stations in the area — rap records didn’t previously exist at the time.” The production of uninterrupted music throughout the years shows that the release of underground material is influential. As a result, KGNU visionaries are perpetually strengthening the longevity of local music styles. 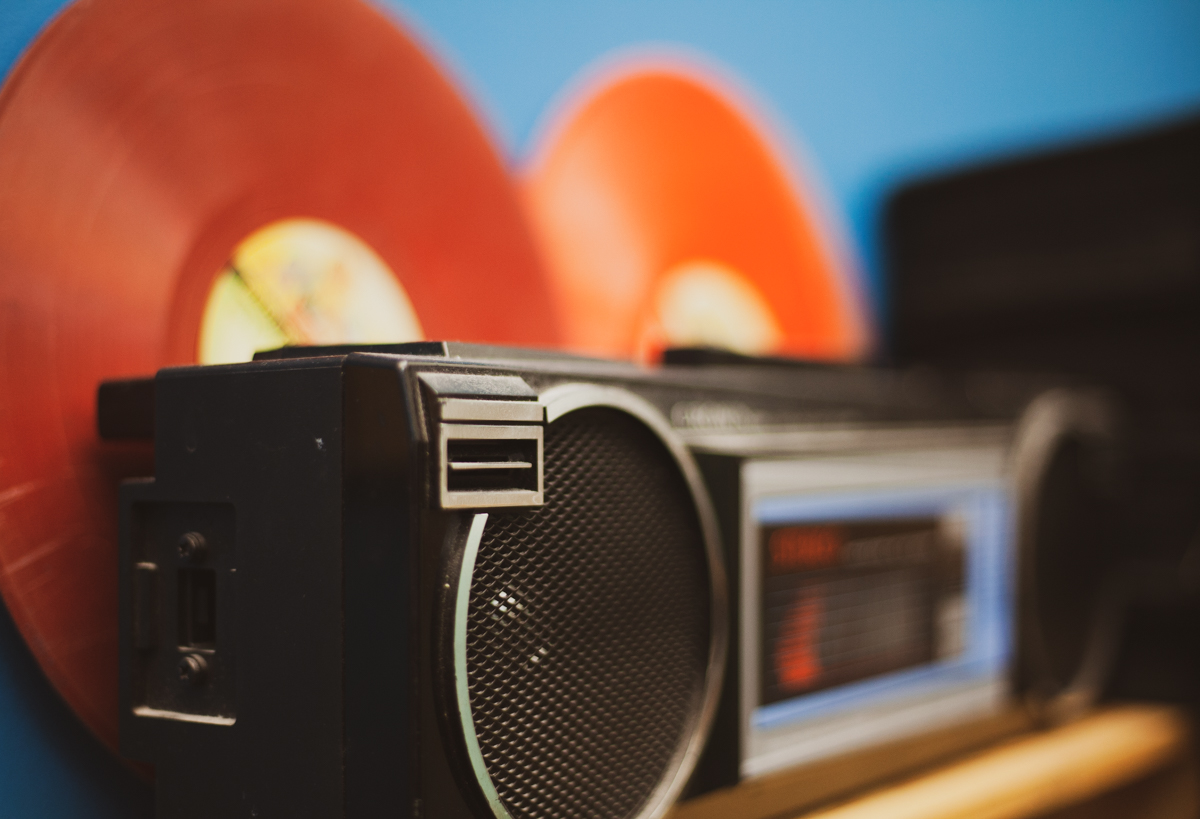 However, life is ever-changing and KGNU certainly experienced that notion throughout its evolution. “It’s become far more important to people who didn’t share the vision. They understood KGNU as a Boulder County resource. In 2004, no one knew that our growth would be what it is — a popular place where young college students could enjoy their lives of freedom. However, the larger things get, the more diffuse the responsibility is.” According to Ashton, sometimes smaller populations have stronger community radio stations where everyone understands the importance of that resource. In a more widespread area, the responsibility is shared and fewer people will pick it up. KGNU has achieved a successful aptitude for connecting more people in Denver and consistently achieves that through community outreach.

To kick off KGNU’s airwave celebration, members held their annual record and CD sale at the Denver studio where they had a massive collection of used music donated by listeners, volunteers and supporters for resale. In addition, they hosted an event called Dining on Air where guests provided meals and members gathered contributions to support the station. KGNU’s innovative ideas were complimented with a three-hour session of interactive radio broadcasting. They also partnered with the Open Media Foundation and co-broadcasted Open Media’s live music sessions on the Blues Legacy program. 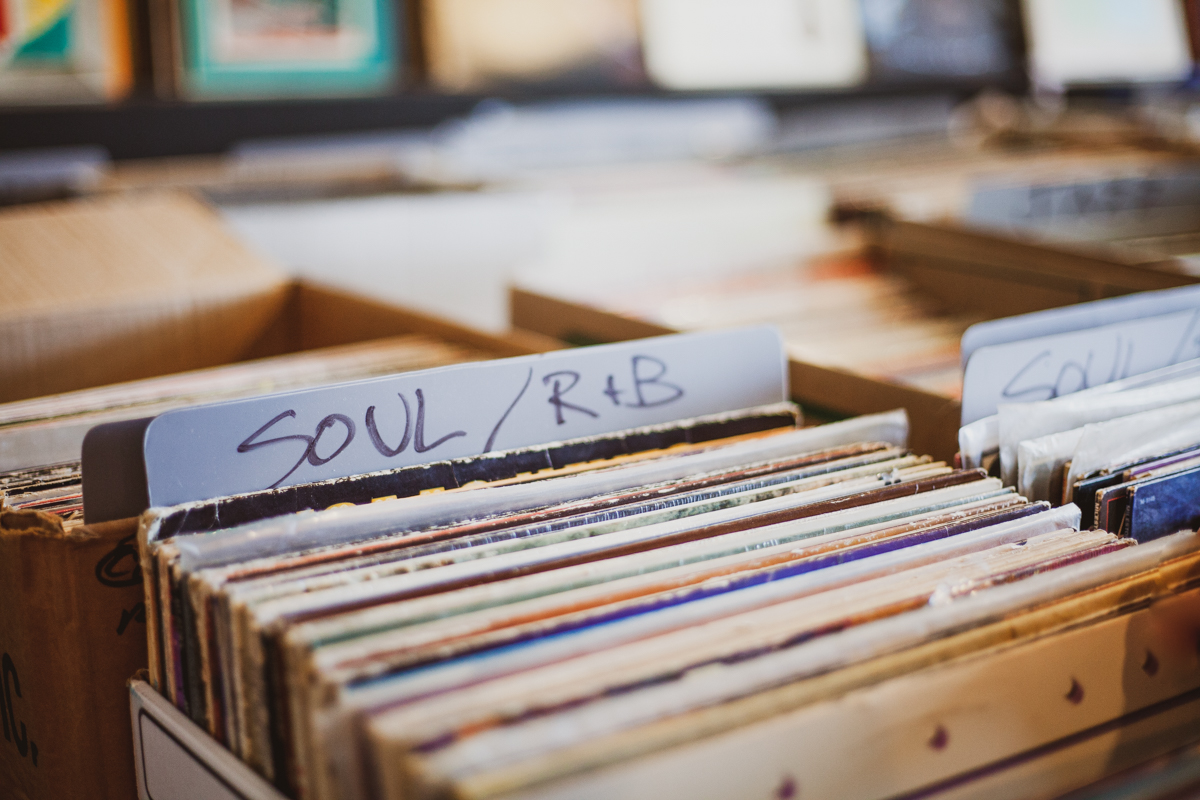 On top of the station’s festivities, the Denver station held their official celebratory event, Making Waves, on September 15. It was the first gala-like occasion that featured keynote speakers Amy Goodman from Democracy Now! and Jim Hightower from The Hightower Lowdown while honoring KGNU’s volunteers and contributors. Additionally, members are anticipating a building and equipment update in the near future and this event helped fuel that project’s initiation.

“Our listeners are smart enough to know what the commercial paradigm is about. The programming is not the product — the product is the audience.” Ashton strongly believes that KGNU helps people maintain their sanity — it’s a boost for mental health and self- respect. The ethic they use to produce creates a pro-social impact because it benefits the community — ultimately providing a platform for voices that are not well funded. 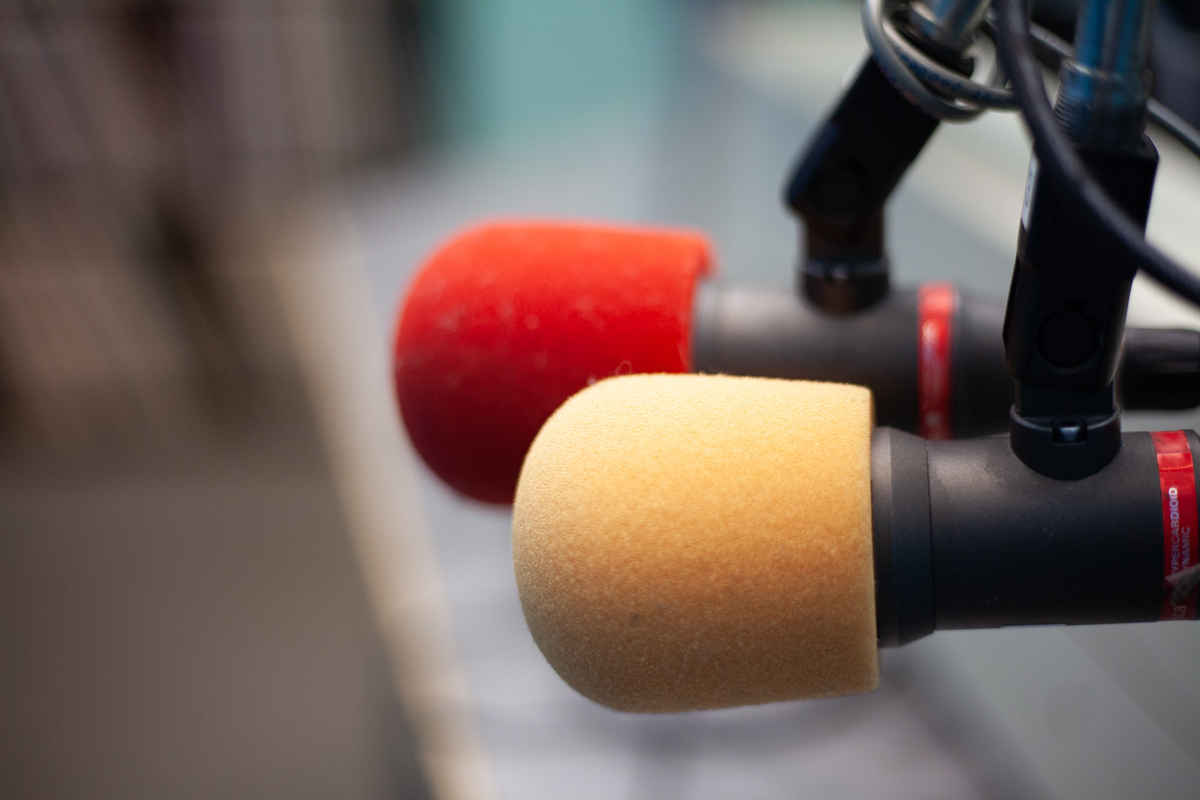 Radio holds a preserved sound that is free and accessible since it is one of the first forms of communication with the ability and availability to share music without a record label. “People are going to continue listening to the radio as long as they drive their cars,” Ashton theorized. Prior to its existence, music was held in confined settings — radio supplies the opportunity to get into shared experiences without the physical necessity. It expands a community’s listening experience in order to reach the next level of humanizing engagement. “I want people to know that they’re not alone,” Ashton expressed.

KGNU hosts a live remote broadcast from Goosetown Tavern on the third Sunday of every month — and if you’re seeking interesting beats from local artists, head over to Lion’s Lair for their Quarterly Showcase on October 13 at 9 p.m. where KGNU is having its Fall Fund Drive. With KGNU, music lovers can tune in, turn up and drop out — all while supporting the local scene.

All photography by Zena Ballas