Swallow Hill Music is a non-profit organization that’s made a huge imprint on our local music scene. Celebrating its 40th anniversary next year, Swallow Hill puts on concerts, provides lessons for adults and students, offers tuition assistance, music therapy and jam sessions that are free to watch and join in on. The most important work, however, is what Swallow Hill has managed to provide — music education to low-income schools in Denver, with their overarching mission of bringing “the joy of music to everyday life.”

When the Denver Folklore Center closed temporarily, a few driven volunteers from the shuttered company started Swallow Hill Music and made the stand-alone establishment what it is today. Until you visit the largest of the three Swallow Hill schools, it’s hard to feel the true history of their company. What was once an old church has become the home of three Swallow Hill venues — Daniels Hall, Tuft Theatre and Quinlan Café. In addition, the location also houses lessons, summer rock camps for teens and doubles as the organization’s main headquarters.

Immediately when walking through the doorway, you can hear the loud banging, wailing of instruments and singing from inside the Tuft Theatre where Swallow Hill hosts summer camps. “What you’re hearing right now in Tuft Theatre is one of our House of Rock camps for teens where they get instruction on being in a rock band,” Osborne said. Tuft Theatre was named after the founder of Swallow Hill, Harry Tuft who founded the organization 39 years ago along with the Denver Folklore Center. At the camps, the students learn to work together, help each other, work out problems a most importantly — have fun.

Student and drummer, Calvin Bartt has felt the impact of what Swallow Hill has to offer.

“It’s a great place, good people and I mean, just playing music, I don’t get this opportunity a lot so to be able to do this for a week straight — it’s great. I come here for about one week of Summer and then there’s a program throughout the school year I do occasionally. My favorite part of coming here is the opportunity to improve as a person and as a drummer.”

Daniels Hall, one of the largest performing areas was previously the sanctuary of the church. Speaking on the location, associate marketing director Barry Osborne remarked,

“This is a 300-seat concert hall. It’s named after the Daniels family who is a musical family in Denver. Chris Daniels, who was our CEO when we moved into this building, was kind of a pioneer in the jam band scene, which really took off in Colorado and he was very pivotal in getting us into this building.”

Venues for Swallow Hill are unique in that they are known as listening room environments. “It’s less about dancing or hanging out at the back at the bar, and more about sitting and really taking in the music,” Osborne said. “That doesn’t mean that people don’t get up and dance and that they don’t clap or hoot when they like something, but it does just, kind of, set the tone. We’re gonna give the artist our ears and people really like that.” 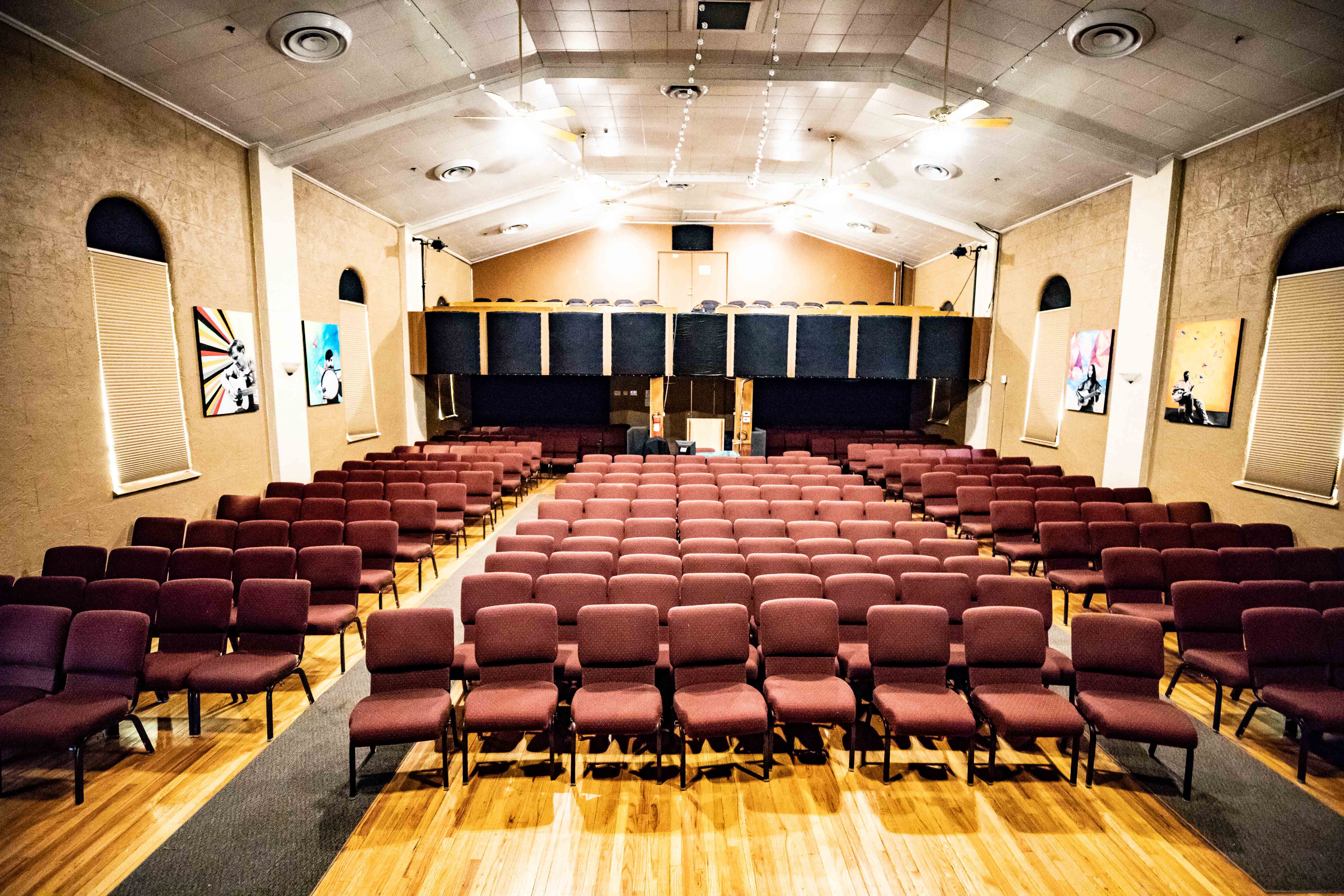 Elsewhere in the facility, one of the classrooms dubbed “The Apartment,” is a commodity built to assist touring artists who are tired and hungry from long travel. “[The musicians] rarely have a need to stay overnight, but if you’re a touring artist and you’re coming right off the road, there’s a shower in there and this can be closed off a little bit as a more traditional green room, so it’s a little more geared toward the full-time professional touring musician.”

“I’m always amazed that we’re the country’s second largest acoustic music school and the general community doesn’t know the size and the scope when you start talking about 20,000 private lessons and year and 1,200 group classes. I think people kind of pop up and go ‘what?’ and we did 250 concerts last year and they’re like ‘who are you?’” – Barry Osborne

If you venture down another flight of stairs, you’ll reach Quinlan Café. The feel of the area is relaxed and looks like an old-school jazz bar. The area — comprised of 75 seats — is used to present up-and-coming bands including local bands. A quintessential addition to the café is folk singer/songwriter Judy Collins’ piano. “She donated it to us and it still gets used at our open stage night. You can say, ‘I played an open mic at Swallow Hill and say I’ve played Judy Collins childhood piano.” 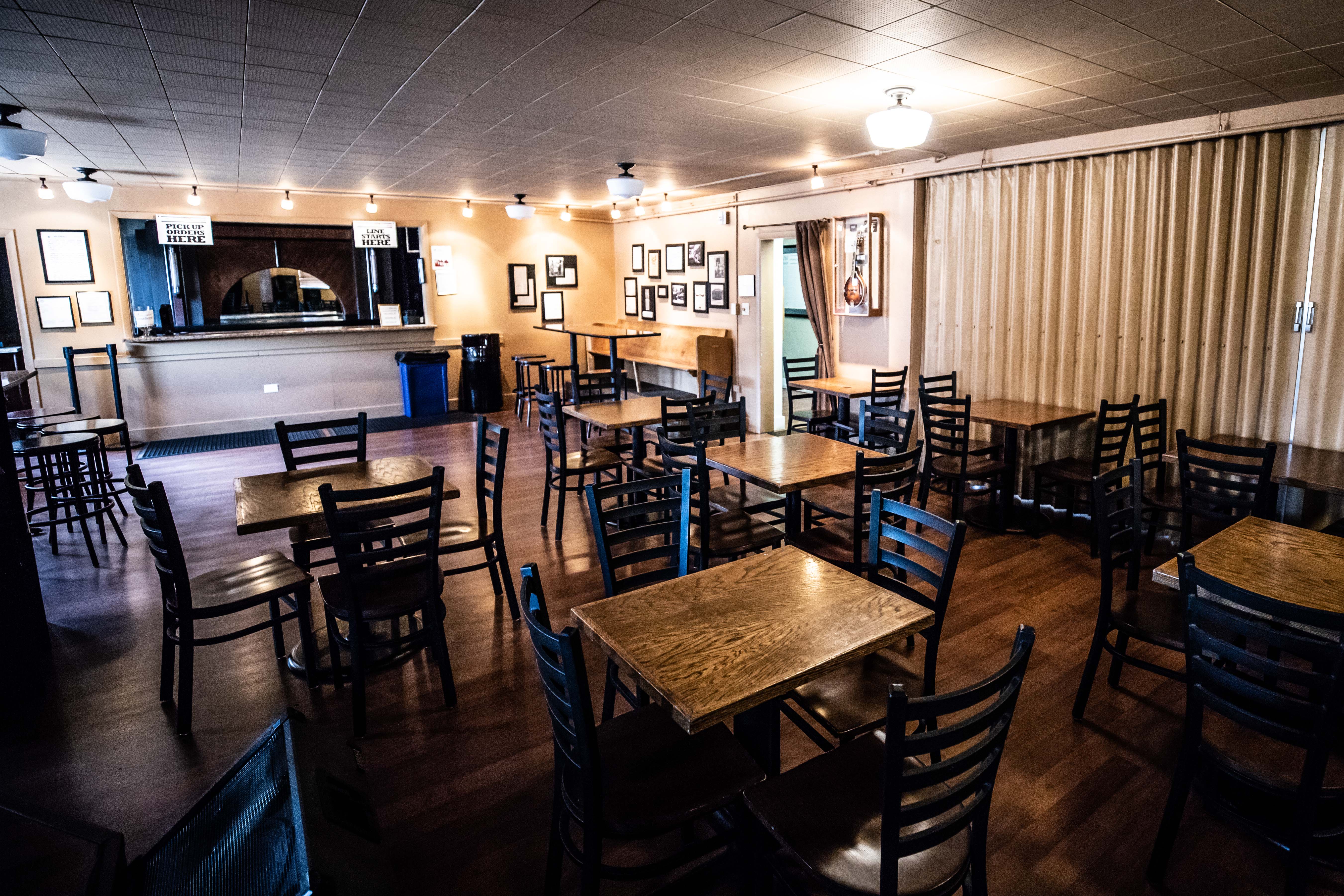 One of the most crucial impacts Swallow Hill has on the local community is bringing music education to low-income preschoolers. This includes their Little Swallows program which focuses on working with kids who otherwise wouldn’t be able to afford music education. Osborne said,

“’Little Swallows’ is an outreach program where we’re focusing on three and four-year-olds. Our classes run 30 minutes once a week for the entire school year. We will be working with more than 1,000 preschoolers, all of whom are in schools that have free or reduced lunch rates higher than 90 percent,” Paul Lhevine, Swallow Hill’s Chief Executive Operator stated. “90 percent of a kid’s brain is developed by the time they go off to kindergarten, so the earlier we can get them the more we can to do help influence how their brain is activated and engaged. That’s why early childhood education is so important and that’s why ‘Little Swallows’ is a critical component to a preschooler’s development.”

In addition to the Little Swallows program, tuition assistance is a pivotal part of Swallow Hill, and one they’re trying to expand on. The organization has had an ongoing needs-based scholarship for the past six years and they’ve raised nearly $38,000 for scholarships, and continue to provide their services to those who need it most.

Eventually, Swallow Hill plans to expand past Denver county into others, but Denver is ground zero for now, but in this city, the difference is truly felt.