Safeword is Giving Denver’s Women Creatives a Chance to Network

Contrary to what Mean Girls may have taught you, women supporting women is all the rage. And despite societal pressures, many women have realized in recent years that the road to success will be paved by teamwork rather than competition. This is why Bryn Carter and Shayla Preeshl teamed up — to create a space for women to meet, mingle, create and collaborate. The two creatives came together from backgrounds in modeling, writing and styling to make a space for women to connect in what they deem to be a  “very male-run industry.” Having spent years in their various spheres, the two recognized a flaw in the system — there was seemingly nowhere to meet and create with other women in the community. Because of this, Safeword was created. Safeword is an event-based collective for artists, creatives and entrepreneurs to come together, face to face, and share their talents and knowledge while building relationships with one another. 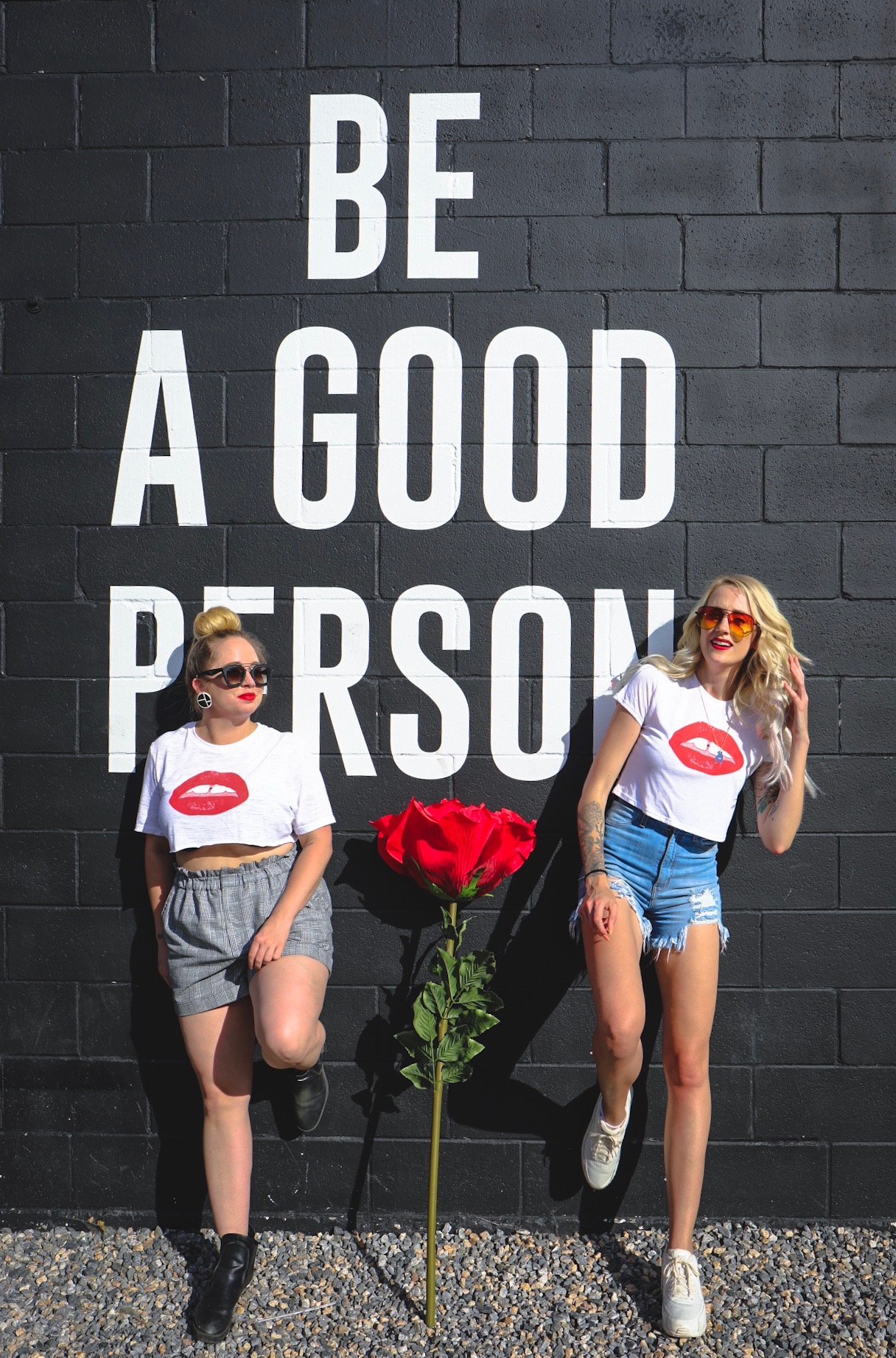 “Denver has such a crazy amount of really creative, amazing women,” explained Carter. “But I don’t think women necessarily are outspoken about that. They’re good at their job but are a little more reserved about it. People have asked, ‘hey, who did your lips?’ ‘Hey, do you know who did this because I want to work with this person,’ and it’s like, alright,  let’s get them all in the same place so they can actually talk to each other and not have to slide into each other dm’s and try to make things work. Let’s do this face to face. That’s the most important thing.”

The two come from different backgrounds — Preeshl grew up in a small community in Montana, while Carter grew up in Illinois before eventually landing in Colorado. They do, however, have one major thing in common, they were both lucky enough to experience the power of strong female figures from a young age, a factor that they believe had a hand in their development as leaders.

“I was always around women that supported me,” expressed Carter. “When I started getting tall, my grandma sat me down and was like you’re tall and beautiful, don’t wear flats… wear heels. So I had these women who supported me constantly. When we started Safeword, we wanted to encourage women to be who they are no matter the size or shape, especially the younger generation because we feel like a lot of times you get so caught up in social media and everything it’s really important for us to help mentor girls.”

From this vision, Safeword was born. It’s a place for badass, creative women to commune in an environment where they feel free to flourish, connect and support one another. And as Carter noted, we certainly have no shortage of badass women in Denver. From award-winning chefs to coffee roasters, models, designers, businesswomen and musicians, (just to name a few) our city is busting at the seems with powerful feminine energy — and now they have a new place to meet up.

Safeword hosts quarterly meet-ups. The first kicked off March 4 of 2018 at Invisible City in Denver and brought in hundreds of women from across industries. Since then, the ladies have partnered with beloved local businesses like Be A Good Person and are even aspiring to spread Safeword to cities across the USA.

“Our first event brought in like 300 women and a lot of them were entrepreneurs,” explained Preeshl. “We kind of had our coming to Jesus moment right before the new year, when we realized that we both are good at the jobs, but there’s something in us. It’s like we need to do more, I want to do more. How can I help? What can we do for the women in our communities that we both know and love? And that’s kind of how Safeword was born.”

From bringing in talented local DJs to designers, photographers, henna tattoo artists and some awesome alcohol and food sponsors — the quarterly Safeword meet-ups are way more than networking events.

“It’s about women growing together because so many times we are pit against each other and we are told to compete with one another,” explained Carter. “There’s enough room for all of us and so we want it to just be like hanging out with your girlfriends on a Sunday afternoon. We’ve been to many networking events, whether it’s a creative networking event or normal networking event and we all know networking events are just uncomfortable for everyone involved.”

And these new age “networking” events don’t just benefit the women in attendance, they also benefit women as a whole because Carter and Preeshl make it a priority to give the party proceeds back to women’s causes. For example, all proceeds from their last Safeword pool party at RiNo’s TAXI Community (which featured cocktails by Zeppelin Station’s Big Trouble, a photo booth by Buffalo Exchange and live music by Simone Says) went to an organization that is moving and shaking for women across the world.

“We work with a lot of women-centric charities. And for our first pool party, we were actually approached by the taxi community over in RiNo and they wanted us to collaborate with them. They said, ‘why reinvent the wheel? You guys stand for women, we want to have you on board.’ And we’re like, perfect. So we raised $1,500 for Hope House and now we partnered with the Women’s Global Empowerment Fund for our Second Pool Party.”

Apart from the quarterly meet-ups and pool parties, these two own and operate a kick-ass website where they feature “Centerfolds” from across the country. For example their latest feature, Bess Byers (aka Cannabess) a Seattle based cannabis photographer and digital marketing professional that “strives to build other women up through collaborations and connections” within her industry. From women in weed to designers, DJ’s and photographers — the Safeword *”Centerfolds”* are all lady hustlers, killing it in their craft.

“The word centerfold hasn’t always been used in the best light for women, so we’re taking that and flipping it. We interview entrepreneurs, artists … just strong women doing great things,” said Carter.

Safeword is for all women. So bring your babes, bring your business cards and most importantly, bring your badass selves to Fort Greene Bar Sunday, August 19 from 11 a.m. to 7 p.m. The theme is Yellow Circus, there will be workout classes, vendors and live artists. Ticket prices are to be determined and can be purchased here closer to the event.

All photos by Nicole Marcelli