On August 12, Brandi Carlile stopped by Colorado for a performance at Red Rocks. The Washington-born singer/songwriter has performed at Red Rocks a number of times, but her fans couldn’t resist coming out to support the musician again, selling out the venue in the process. Being an out lesbian and an advocate for LGBTQ rights, Carlile’s fanbase reflected her sexuality with a pleasantly prideful audience. Fans sported a mix of Brandi Carlile merch and rainbow-clad clothing. Joy and positivity were potent, bouncing between the rocks like static, exciting everyone for the upcoming performance. 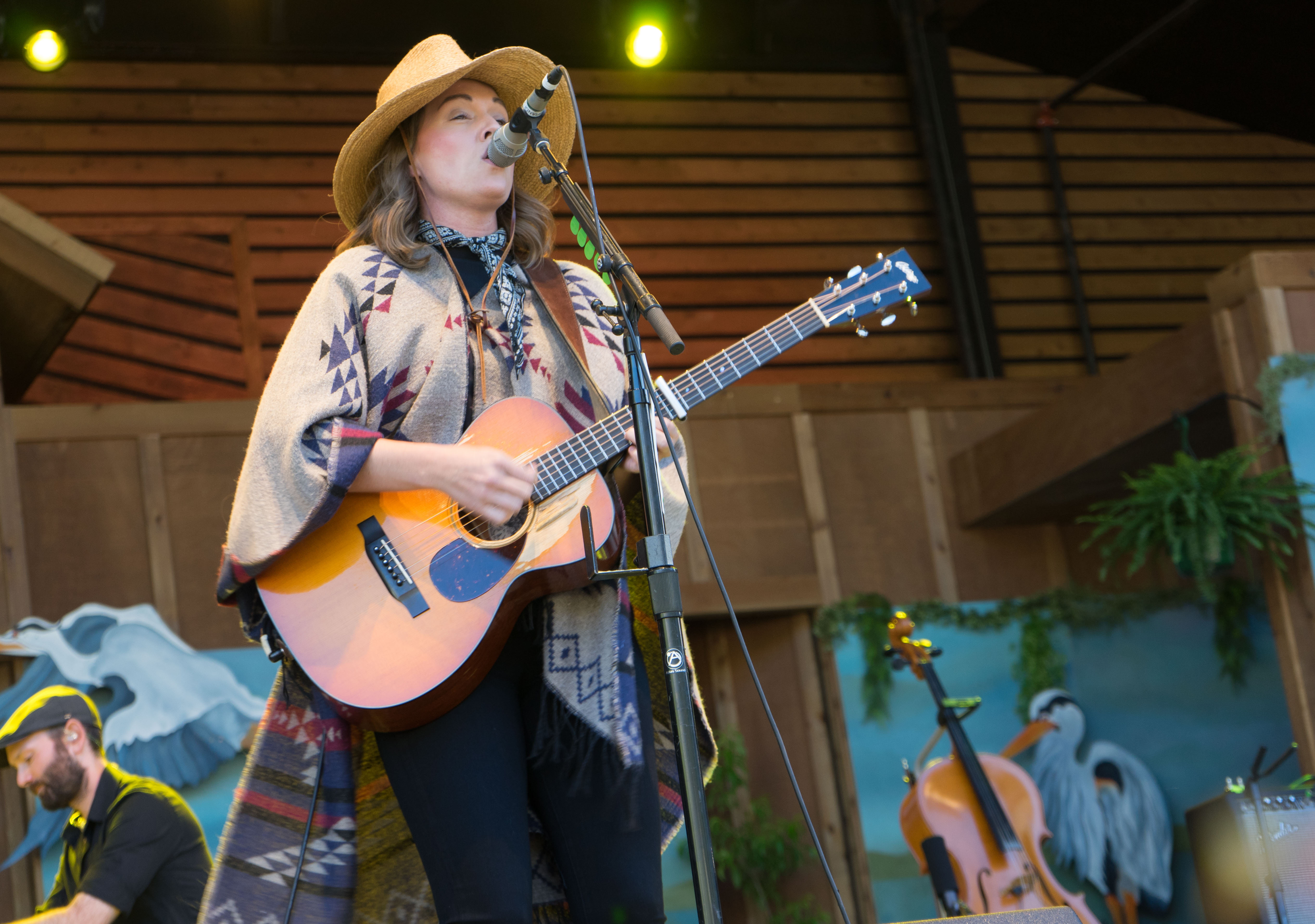 Alabama’s The Secret Sisters and North Carolina’s Shovels & Rope opened the show, rounding out the lineup with a diverse representation of America’s folk, country and Americana-rock. For Shovels & Rope, this was their fourth time playing in Denver in the past two years, including another opening slot at Red Rocks for Avett Brothers in 2017. The husband-and-wife duo rocked out the stage, performing all of the vocals and instruments themselves like they usually do. At one point half of the duo, Michael Trent, listed off the five reasons he loves Red Rocks — he proposed to the other half of the duo (Cary Ann Hearst) at the venue, they spread a relative’s ashes at the venue, Trent saw his first concert ever at Red Rocks and lastly, Trent also found a dime bag in the phone booth when he went to make a call one time. Red Rocks truly is a magical place.

Just after sunset, it was time for Carlile. The set began with a strings section and french horn playing in unison with one another, all seated on elevated platforms. The lighting offered genuine ambiance with simple colors reflecting off the rock behind the stage. Between the strings section, drummer, horn player, backup vocalists and Carlile’s longtime band and friends — the twins (Tim and Phil Hanseroth) — Carlile didn’t have to do much to command the enormous stage. But she did anyway.

“I am back at my favorite place on planet Earth. Not just my favorite venue but my favorite place. Red Rocks! With all of you! This is the kind of gig — when you book this gig it’s all you can think about. Like when you’re seven and get to go to Disney Land.” – Brandi Carlile

Carlile seemed genuinely happy to be there, bouncing around, smiling and granting inviting gestures to the audience. The musician’s balance with her band was humble, giving the spotlight to her strings and horn sections to start the show, and then allowing her bandmates to also take center stage. But it wasn’t about being individuals, or the band’s separate talents — the show was about coming together to make wonderful live music. The harmonies between Carlile, the twins and other band members were soothing and satisfying. Also, the times the strings were allowed to shine were the most delightful moments, only adding more depth to the sound.

Not only was the band coordinated in sound, but also visually. Everyone was synchronized but not obviously, or obnoxiously so. They were synchronized in the sense that you can just tell they’ve all been performing together for a long time and know how to play off of one another, or when to move a certain way. The dances and theatrics were subtle, and pleasant without being over the top.

Despite having played Red Rocks many times in the past — to also sold-out crowds — she still reveled in Red Rocks. Carlile cherished the set along with all of the moments she embraced between her band and her fans. It didn’t come off fake either — the happiness was just as genuine as the love that shone from her fans. “We’ve been in a band for 17 coming up on 18 years. We’re so proud of that,” Carlile said. “Standing backstage — when you sell out Red Rocks they give you a piece of the rock with your name on it. And we’ve got a few of ’em,” she continued. “Every time I say — this is worth more than all the Grammys in the world.” She was modest yet energizing. The musician had enough charisma to challenge Oprah Winfrey.

You know, I’ll be honest — I’m not an avid listener of Carlile. I’m just a big fan of Shovels & Rope. So when I arrived at the venue, and it wasn’t just packed, but sold-out, I couldn’t help but wonder, “What makes her so special?” The musician has been around for ages and though she has her hits, she never really seemed like a stadium-packing superstar. She’s never won a Grammy, and in fact, has only been nominated for one despite an extensive career.

But Sunday night at Red Rocks I learned what makes Brandi Carlile so special. The musician is not just your regular country, Americana or folk star — she’s her own unique blend of the three. She’s found her own page in the book of genres, crafting her own sound that’s wound tight with personal experiences and relatable feelings. She’s charismatic as hell and she’s a proud member of the LGBTQ community who always rallies to support icons that support them. And lastly — she sounded fucking impeccable.