A steaming bowl of broth may not be the most seasonal dish considering the arrival of the city’s heavy August heat — but a competition and title for best ramen bowl are up for grabs this Friday at this year’s Ramen Throw Down. Denver’s biggest names in the noodle game and the biggest fans of the ramen bowl will converge under The Hangar at Stanley on Friday, August 10.

This year marks the fifth throw down to go down — with past winners by the likes of Tommy Lee of Uncle, Daniel Asher of Linger, Yamaguchi Matsuhisa of Menya and Danny Thach Tran of Ace Eat Serve (who is defending his title of Best Bowl Judge’s Choice he received at the last Ramen Throw Down held in 2015).

One of the more exciting elements of the competition includes an unknown variable in the form of a “secret ingredient” — the rules dictate the ingredient must be incorporated in each chef’s submission for best bowl. Competitors need to bring their A-game to showcase an unknown ingredient in their ramen recipe while also making an impression on the judges in order to stand out amongst the rival flavor and technique of the city’s bosses of broth. 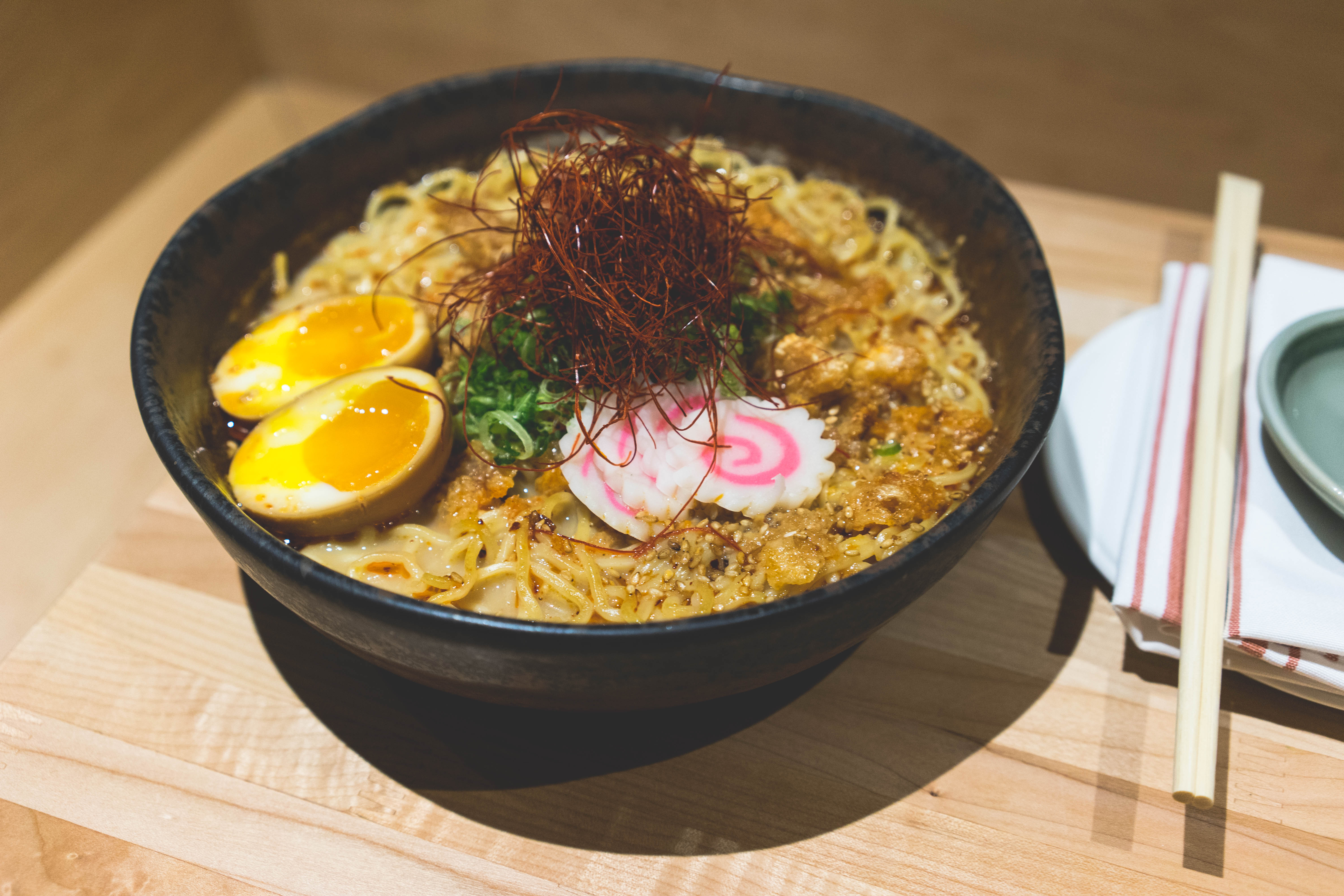 Chefs have an hour to conjure up the greatest ramen recipe possible — which will be plated for the masses to pass judgment on. During the cook time — ticket holders can enjoy Sapporo beer on tap, sake and Palisade Peach pairings and a knife skills showing hosted by Element Knife company. This ramen is also for a good cause — chefs and vendors donate the proceeds from the event to Kids Mobility Network— a non-profit that specializes in mobilizing children with disabilities by providing reliable medical equipment like wheelchairs and walkers. In addition to the 12 chefs and restaurants who are donating time and food to a charitable cause, Shamrock Foods has stepped up to donate fresh fish for use in the knife skills showing which will result in sushi for the event goers to enjoy throughout the evening.

This year’s competition is expected to be so fierce that Modern Eater has decided to host live video castings of the event so that the culinary world can tune-in to what the Mile High is doing with the ramen noodle.

Doors to The Ramen Throw Down open at 5 p.m. and ramen tastings commence as early as 6:30 p.m. This is a charity event, a fierce competition and chance to become the king of the Denver ramen Bowl. Tickets can be purchased here. The last two Ramen Throw Down events were sold out — so make sure you snag your admission while you can.

The Ramen Throw Down will take place at the Hangar at Stanley, located at 2501 Dallas Street Aurora. Doors open at 5 p.m. and ramen tasting will begin at 6:30 p.m.

10 Locally Based Etsy Shops to Help Brighten Up Your Day

Bands and Fried Chicken Come Together For Birdcall Lockdown