As a Colorado native and considered one of the pioneers of electronic music in the Colorado music scene, Derek Vincent Smith of Pretty Lights surprised fans earlier this year when he announced that his 10 year anniversary Red Rocks show would likely be the only show the band will play in 2018.

“I’m feeling much excitement about announcing the 10th Anniversary Pretty Lights shows at Red Rocks Amphitheatre in Morrison, Colorado on August 10 and 11, 2018. This year will be the best year yet, as we continue to gain more and more understanding about what is possible when this many people come together organized in love and music. I’m putting all my energy into these shows and they will be the only shows of the summer, possibly all year. Can’t wait to open portals to higher dimensions of consciousness with the homies in the PL Live Band: Borahm Lee, Alvin Ford Jr., Chris Karns and Brandon Butler and The Lazer Shark. Come celebrate with us! Always, the light will shine as a guide.” – Derek Vincent Smith 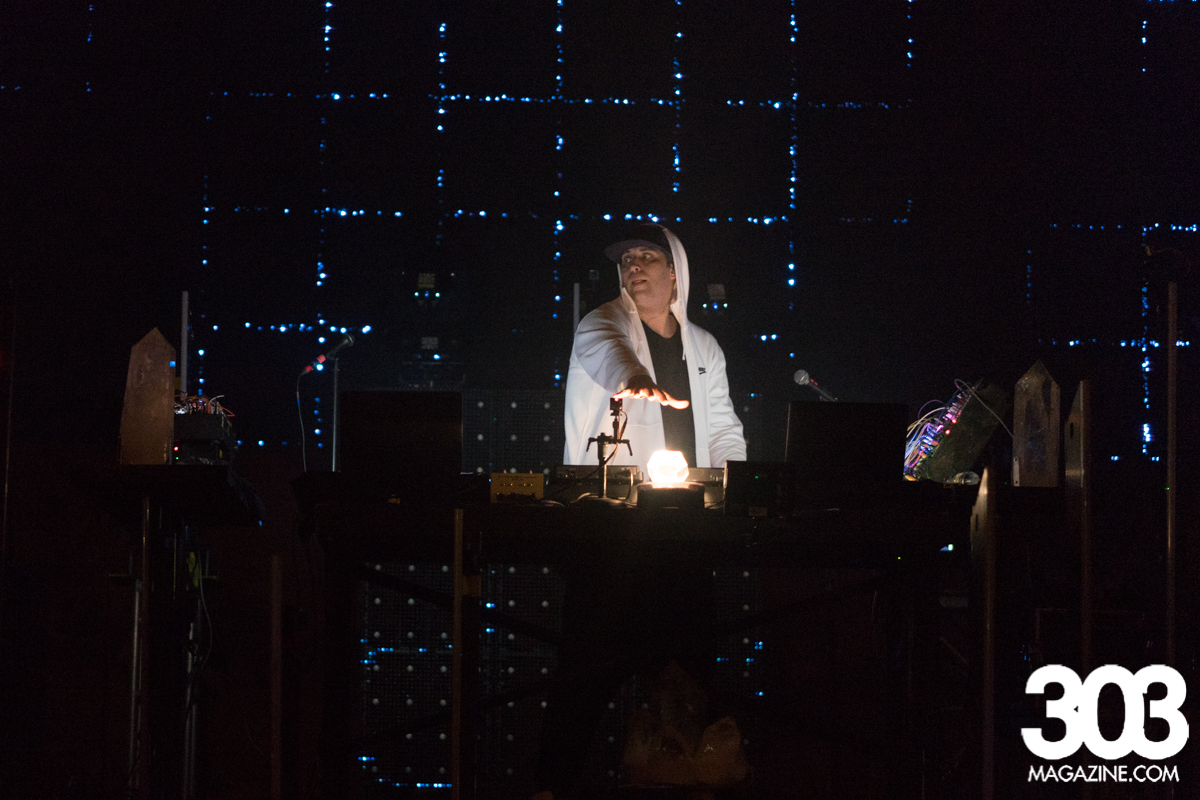 Tickets quickly sold out after going on sale as fans knew August 10 and 11 were potentially their only shot to catch Pretty Lights this year. Both excitement and questions buzzed around online platforms where Pretty Lights fans congregate. As Pretty Lights has yet to release another album or EP since 2014, rumors of this potentially being the last show that Pretty Lights will ever play swirled between the sheer excitement of fans who received tickets and those searching for a secondhand opportunity to catch the shows. Whether he planned on making that announcement or not, fans knew that this was going to be one of the most memorable shows of his career.

The anticipation for nights ahead became apparent in the lots early Friday afternoon. Pretty Lights gear decorated both diehard followers and newcomers alike, creating a tapestry of PL emblems throughout the rocks. The merchandise booth wore a constant shield of eager fans vying for the latest Pretty Lights gear, hoping to show their gratitude and support of the band by sporting the limited edition 10 year anniversary merchandise. 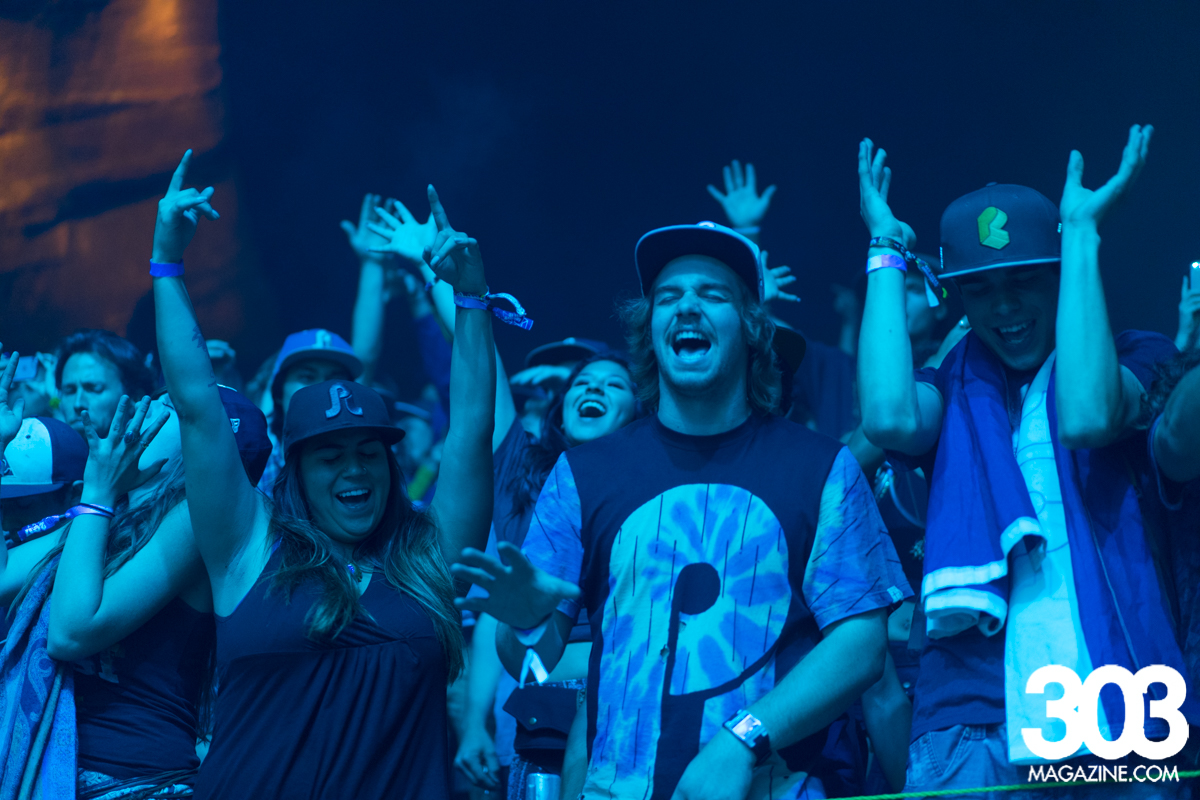 Fans entered the venue early Friday night to catch Mux Mool and stake out their spot for the main event. The Denver producer started the night off with a steady metronome of danceable vibes that warmed the crowd up before Pretty Lights co-founder Michal Menert took the stage.

After splitting from the band after their first album release, Menert began his own band called Michal Menert and the Pretty Fantastics. The group played a lyrically driven set packed with soulful selections that elicited a venue-wide standing ovation as Smith took the mic to thank Menert for his continued support and performance.

The audience cheered as glimpses of Smith projected on the television screen during Menert’s show. Smith watched the opening act from the sound booth in the crowd, frequently smiling and dancing for his lifelong friend. Smith often preaches about showing support for your friends and led by example before his first performance of the year. 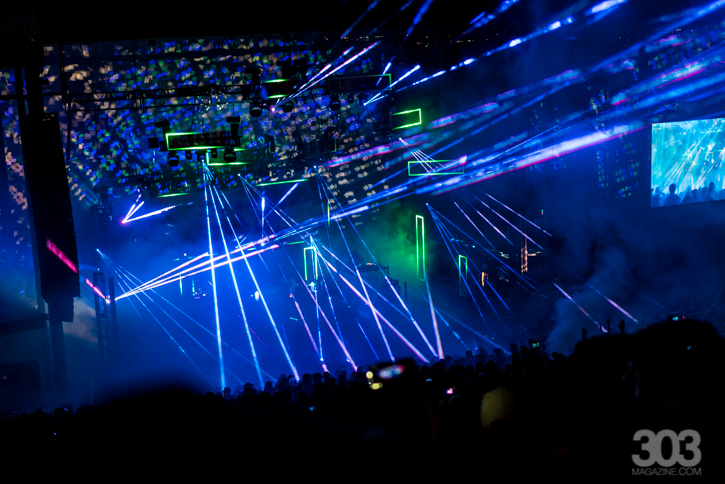 Fans followed in suit by giving a mountainous cheer when Pretty Lights took the stage. Smith gave a warm welcome to the crowd before illuminating the stage with one of the most impressive visual displays to ever accompany a Pretty Lights show. Living up to his name in the fullest, Pretty Lights decorated the rocks with a stage-wide display of lasers, strobe lights and technicolor visuals, leaving fans in a trancelike awe as he played hit after hit for the first night celebration. Favorites “Yellow Bird,” “Finally Moving,” “Press Pause” and “So Bright” rang through the stands before Smith closed with an appropriate “Shakedown Street” remix that left the rocks in absolute amazement of the musical genius that resides within Smith. Pretty Lights held nothing back on Friday night and covered his selections from every discography in his library. Friday night was truly a celebration of a decade worth of performances at one of the most coveted venues in the world.

Wondering how he could possibly top the Friday night soirée, fans buzzed with excitement before the second night of the two-day celebration. Following Trophy Beats, The Russ Liquid Test left their mark on the rocks with funky guitar licks and a heavy bass that vibrated the crowd and awakened the party spirit throughout. 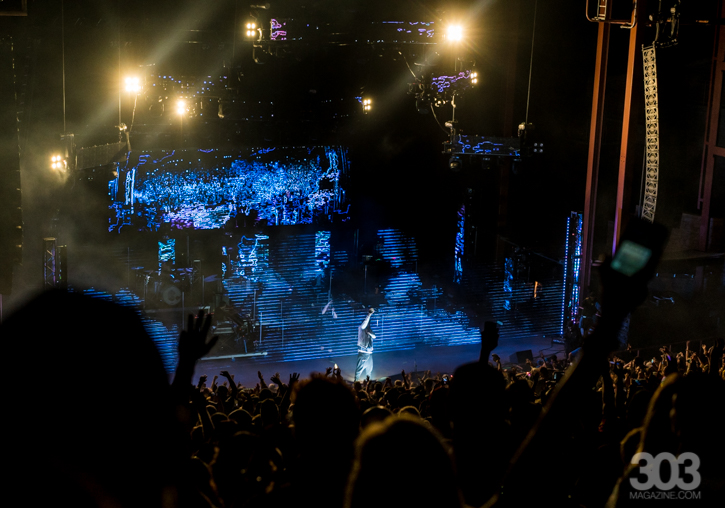 Taking a more reserved approach to the entrance Saturday night, Pretty Lights took the stage with no verbal introduction and instead dove right into the music. Instead of packing the set with classics, the band instead opted for a more experimental vibe that weaved lesser known tracks through improvisational jams and more recent creations. While the Saturday night set didn’t quite carry the same elan as the first night, the crowd still thoroughly enjoyed the set and celebrated the accomplishments of the band.

To the relief of diehard fans, Pretty Lights did not announce the cessation of the band. After displaying one of the most impressive Pretty Lights shows Friday night followed by a clear desire to explore new sounds on Saturday, it’s hard to imagine the band is anywhere near slowing down. With no other tour dates announced for the remainder of the year, we hope that Smith is finally taking the time to work on releasing new music. Although Smith has a library of timeless selections, the thirst for more musical genius may never fully be satisfied for those with a taste for the electronic group. As the 10-year celebration came to an end, we left knowing that regardless of what lies ahead for the group, the two-night event will last forever as a highlight of Pretty Light’s career in the memories of the fans in attendance.