Mixing the best of his Midwestern upbringing and his present dwelling in Colorado, Giant Zero — aka Brad Hennig — brings his classic rock ‘n’ roll and blues sound to Colorado’s Front Range in the form of his newest album, Time Traveler. All original songs and music, Time Traveler is being described as an album “that combines raw powerful instrumentation, stirring harmonies, and powerful songwriting.” We wholeheartedly concur with this statement — Hennig is a killer on the guitar, with incendiary rock vocals and original lyricism that create a pretty epic trifecta. The album also includes accompaniment by Eric Roob on bass on certain songs.

Though he started out his musical career as part of the band Giant Zero, Hennig eventually struck out on his own, using the same name of Giant Zero. Back in the Midwest 25 years ago, he taught himself to play the guitar, and after taking some personal time away from his passion of music, he found himself in Castle Rock, Colorado, where by playing shows as a solo artist using the looping guitar, bass and percussion he was able to “mimic the sounds of a full band.” Now, he’s describing his music as “dirty folk rock,” which is truly the best way to describe Time Traveler. 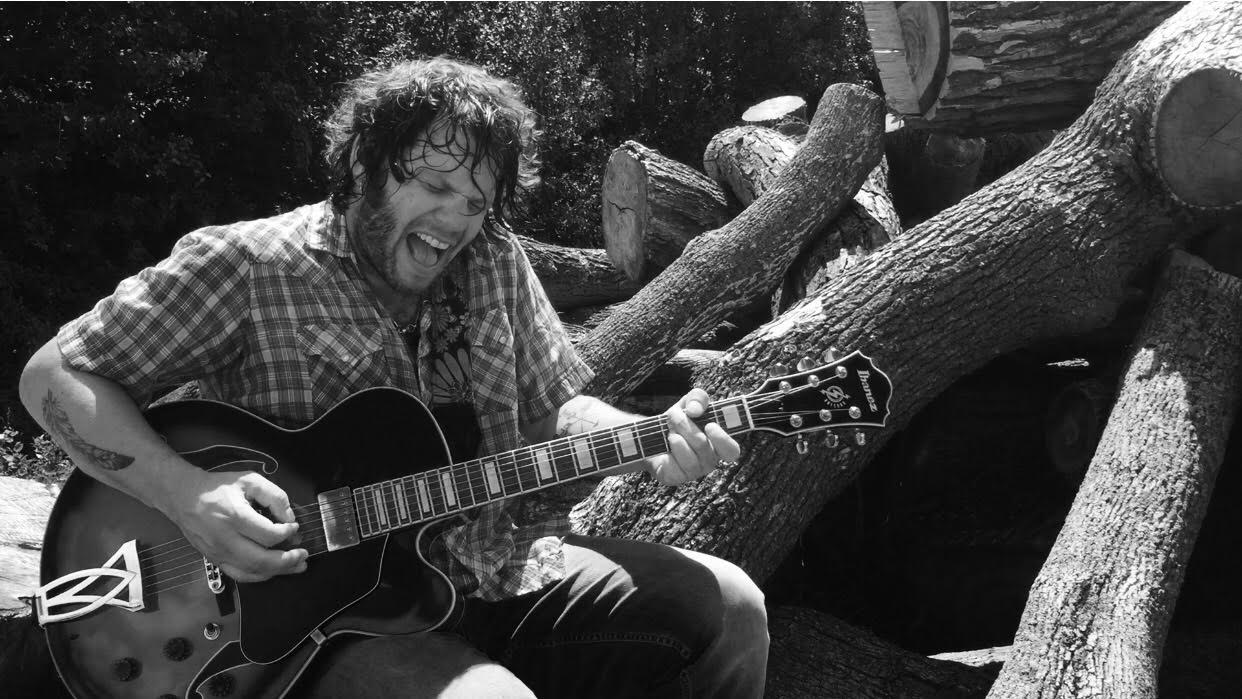 Through monthly performances at 105 West Brewing and Burly Brewing in Castle Rock, Hennig has earned himself a solid local following that no doubt will reach the perimeters of the Front Range and beyond. Especially when he’s returning the love so graciously through his music, like in “Rocky Mountain Buzz,” a busty blues tune that would fit well on a festival lineup alongside Alabama Shakes. On the other hand, Hennig’s modern rock sound on “Chance to Change” could place him on a bill opening for the Red Hot Chili Peppers. Whichever way the music takes him, Hennig is doing something right.

About writing his lyrics, Hennig feels that “there is no limit on what you can write about and where you might want to go.” He then indulged even further into his songwriting process, saying,

“The song will always lead you to where it wants to go. I am not in the driver’s seat, I’m just along for the ride. There are no rules in music and that’s what intrigues me most. I am true to myself when it comes to making my music. I will not compromise, this is documentation of my life and things around me.”

Hennig invokes more of his rock ‘n’ roll influence in the Allman-like “You Ain’t Gettin’ My S**t For Free” and the psychedelic “Grinnin’.” Meanwhile, he brings forth a blues influence on tracks like the boisterous yet funky “Ain’t Half Bad.” All in all, the 12 songs that make up Time Traveler are versatile and intriguing, with each tune owning a different sound than the one that came before.

Other than hosting a bi-weekly open mic night called “Giant Zero and Friends” and his monthly residences down south, Hennig performing as Giant Zero will be at Barrels and Bottles in Golden on August 24 and at Devil’s Head Distillery in Englewood on October 26. Until then, it’s a strict recommendation that you give Giant Zero aka Brad Hennig and Time Traveler a good, solid listen because there’s no doubt once the right people catch wind of him, he’ll be up and out.